As we know Kenner were awarded the license to create and distribute Star Wars action figures and they did so very successfully with help from Palitoy, PBP, Toltoys and many other distributors who helped to ensure that product was available in many countries on different continents.

However, for various reasons many countries couldn’t afford the expensive imported figures and some created their own unofficial bootleg versions.  Arguably the most well known and best quality of these bootlegs is the Uzay brand, from SB Products, which were available in small independent stores in Turkey during the late 80’s.

Uzay released 14 different figures with some variations such as the Emperor’s Royal Guard which is available with or without a cape.  They pushed copyright infringement to the extreme by omitting single letters in their character names such as Dart Vader and Stormtroper.  Not sure Disney would be so tolerant today!  For information on Uzay check out Joe Y’s great write-up on theswca.

Although all of the characters and cardbacks are highly desirable to collectors for their uniqueness and downright wackiness two are more desirable than others. 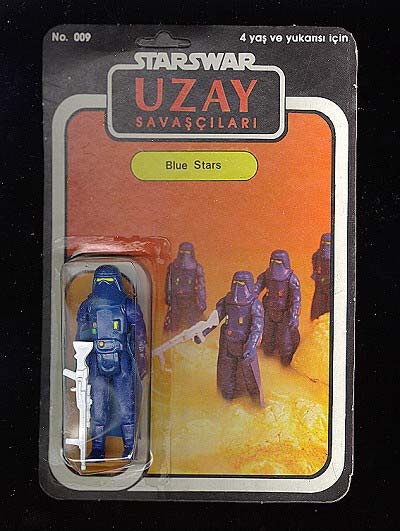 Second, and the purpose of this article, is the awesome Head Man. 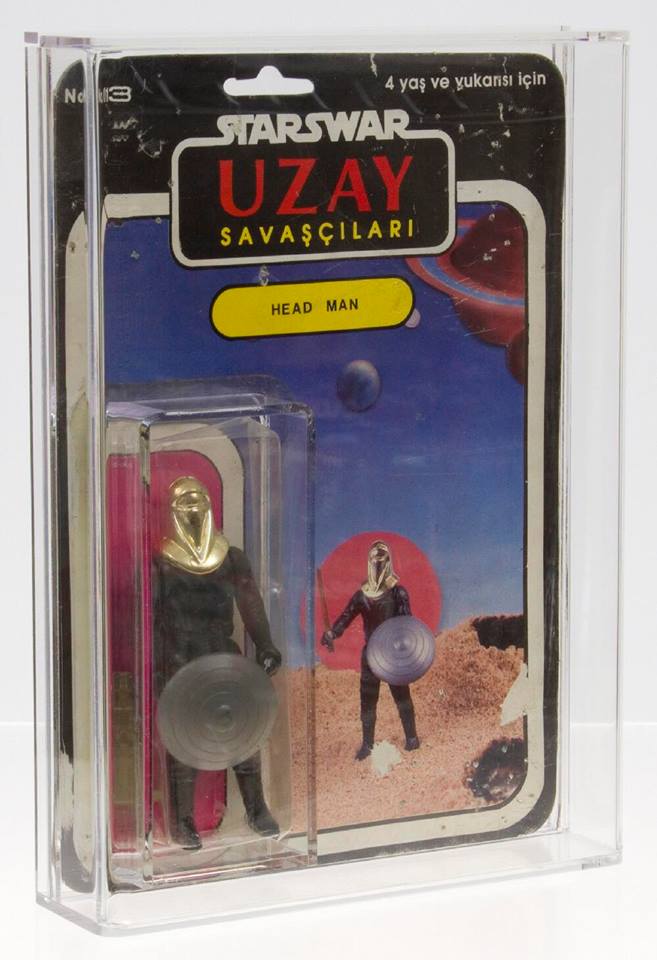 It is clearly an adapted Emperor’s Royal Guard but look at the shield and sword!  A fantastic concept and possibly made to be the leader, or ‘Head Man’, of the Emperor’s Guards. There are a small number, possibly under 5, carded Head Man (or is the plural Head Men?) known to exist and one of which currently resides in the collection of Australian rock legend Rick Springfield.  Check out the chivecast’s episode where they interview Rick about his collection.

So when fellow collector Paul Chu makes it known that he’s after one hopes cannot be high.  Well, unbelievably his diligence in hunting for one of these has paid off and Paul has tracked one down in Turkey where it had been found in a warehouse along with some other Uzay figures.  In talking with Paul as to how to acquire a piece like this he makes it very clear that it is to do with networking in the hobby and he’s grateful to so many fellow collectors and friends for their help.  Having the funds available, tens of thousands for a pristine Head Man, is only part of the solution and Paul managed to convince the sellers that he was the right guy for the piece. 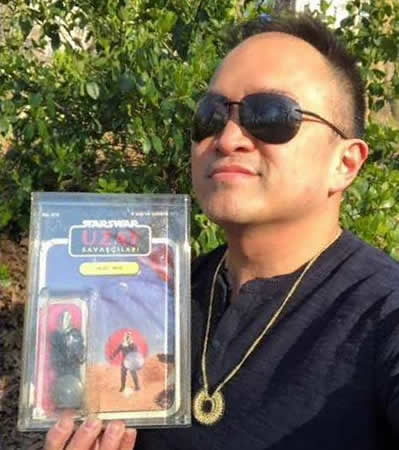 Paul was delighted when the piece arrived and has shared many photographs with me.  One is a direct nod to Rick’s from above.  You may been concerned about the condition of this, bent bubble, warped, damaged and stapled card… but when collecting bootlegs you cannot be choosy.  The bubbles in particular for Uzay figures are flimsy and liable to crack when shipping.

Paul has now completed his Uzay collection and his focus has turned to a Harbert Boba Fett to complete his Italian run.  We wish him well on his journey.

Thanks to Paul Chu and theswca for use of images.