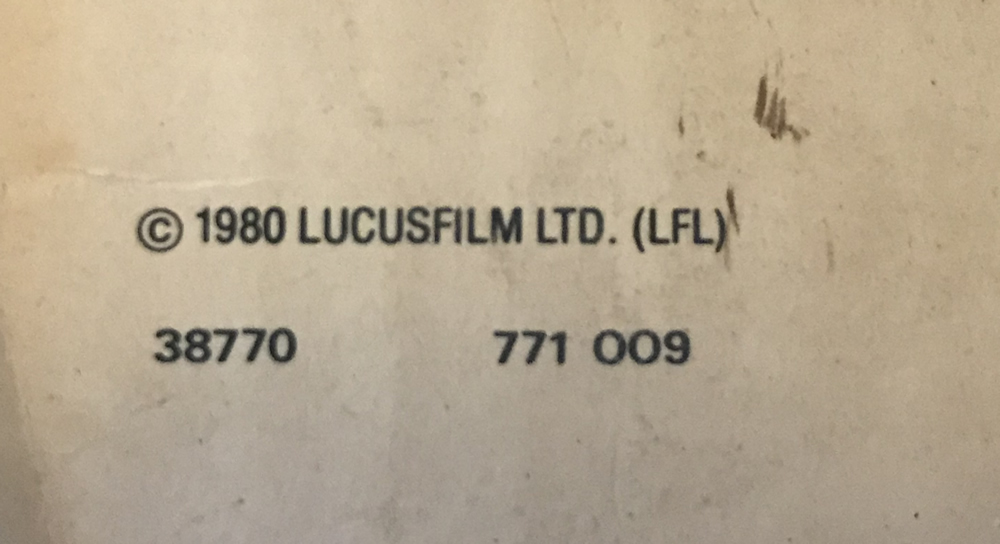 Considering the vast quantities of products that were quickly churned out in the late 70’s and early 80’s it’s no surprise that mistakes were made by Star Wars license holders and are highly sought by vintage Star Wars collectors. Carded figures packed without accessories, incorrect accessories, upside down cardbacks, incorrect figures… the list is long. Having previously worked to a clock and to a bonus system of “making the rate” (producing sufficient product per hour) these mistakes are entirely understandable when under pressure. Many collectors point to some miscards as mistakes such as this one.

They are not all mistakes and were purposefully put together to use up old stock.  There are far too many of this, and other combinations, to be a genuine error.

However, here are some mistakes that probably should not have been made and I would not want to have been the quality control worker who signed off on these

Huge thanks to Peter Davis for spotting this when I gave him an old AT-AT cardboard backdrop from the Hoth Ice Planet Adventure Set. Now, it’s not as though this Lucas guy was important right?  I have no idea if the spelling mistake was corrected later in the run and would love to know, one would have expected the  separately produced Canadian printings to have been corrected at the very least. (huge thanks to Scott Bradley confirming that the Canadians got it right!)

The second is from Ron Salvatore’s fantastic blog post on theswca where a Stormtropper jigsaw puzzle was made exclusive to the Canadian market.  To be fair to the designer the ‘O’ and ‘P’ keys are really close to each other!

Oh dear, it does seem as though Stormtrooper is difficult to set.  In a country that takes great pride in perfection it is surprising that this mistake made it through Japanese quality control.

It is important to note that Takara was a full licensee and this was not a deliberate mistake to avoid copyright such as with the Uzay figures from Turkey for example.  Takara used the nameplate STOOM TROOPER on the front of all 4 of their 8″ releases which also included Chewbacca, Darth Vader and C-3PO.

No obvious explanation for this mis-print on the Palitoy 45AD variation.  The Palitoy factory was based in Coalville, Leicester but a rogue ‘H’ managed to make its way onto some 45 backs.  A lot of towns and cities in the UK have an ending of ‘chester’… but not this one. Probably the most understandable error in the race to get product onto the shelves the earliest version of the Tie Fighter Box features a mis-print on one side of the box. I’m sure that there are many more genuine errors out there.  What have you seen?

The Vintage Rebellion Episode #76: Don’t you go all Scott Bradley on me