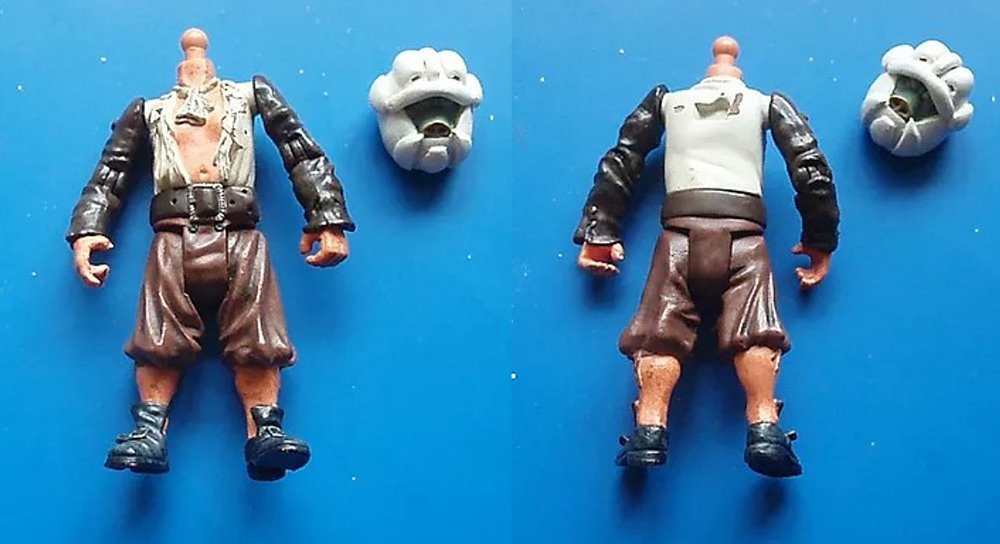 Inspiration for an action figure customising project can be an organic process, simply rooting through my fodder (spare parts), I’ll pair various parts together and sometimes it will fashion something interesting.

One such occasion involved a fodder lot which contained a modern Gamorrean Guards head, with a rather sad look, he had lost a battle with a craft knife and his tusks and horns had been shaved off.  How could I make use of this character?

Well, I had not long read Michael A. Stackpole’s excellent X Wing: Rogue Squadron, and was taken with the featured several alien species Rebel Pilots.  Rebel Pilots wear helmets and this could hide the Gamorrean’s lost features.  A concept was conceived.

I had thought of using Jek Porkins body as a base, however I had no spares of Jek and the thought of breaking up a perfectly good figure didn’t appeal.

I had a scan through my fodder boxes and came across a chunky Pirates of The Caribbean figure. I think it was originally the Pintel character, not a Star Wars figure, but it was going to become one.

I used some Milliput Yellow/Grey to part epoxy clay and sculpted what I thought could provide a suitable helmet for a Gamorrean.  Sympathetic to his lost tusks, I designed a symbolic set on the front of his helmet and also built up ridges on top to cater for his missing horns.  Moving to the figure, I removed the Pintel’s plastic jacket and sourced a couple of arms. 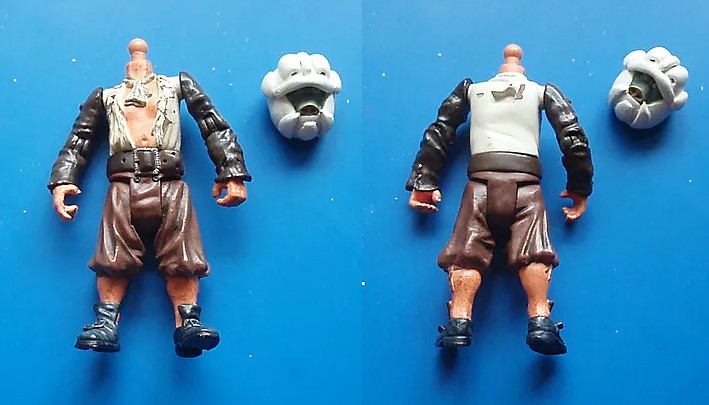 Here you can see the head I intended to use for the finished figure.  This was a Gamorrean Guard head bought as part of fodder. He had been on a losing battle with a craft knife, he had no tusks, horns and most of his head and lower jaw was missing.  I had earlier sculpted in a few stages a Pilot’s helmet, sympathetic to his tusks and horns I incorporated these symbols into the final shape. 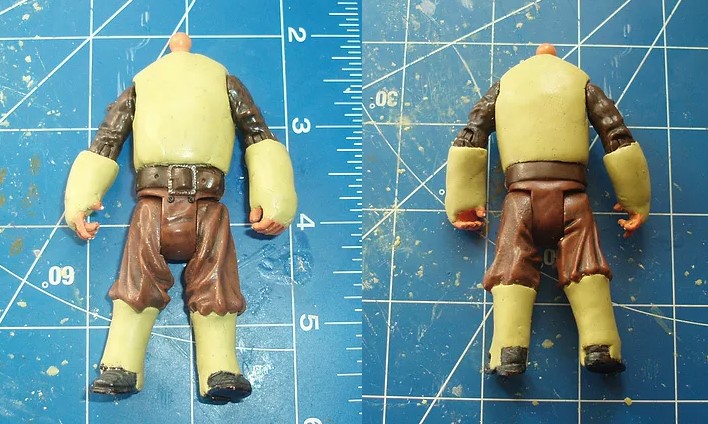 I followed this by applying various layers of Milliput Yellow/Grey two part epoxy putty to the figures body.  This was to flesh out features desired and move away from donor’s origins:

You can see the figures shape beginning to change following the application of the epoxy putty.  Still very much in a raw state, this had to cure overnight to harden properly before moving on to further steps which will involve manipulating the shape through scoring, filling and sanding to achieve desired shapes and textures: 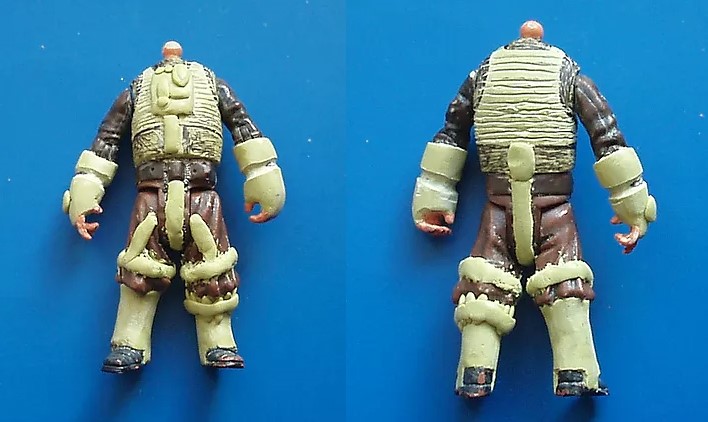 The final step was to apply several layers of paint to achieve the look I desired, then fitting the head.  Following this I applied Rebel insignia waterslide decals from Bad Mother Customs to his helmet and shoulders.  These were then varnished over with gloss and finally sprayed with a matt clear varnish.  I like the spray for finishing, this removes unwanted gloss, protects and seals paintwork and the spray is finer than brushing.  Here we have the completed figure: 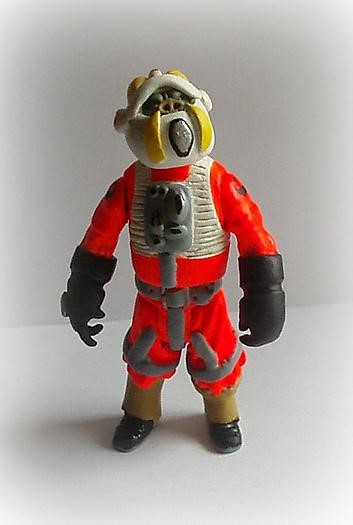