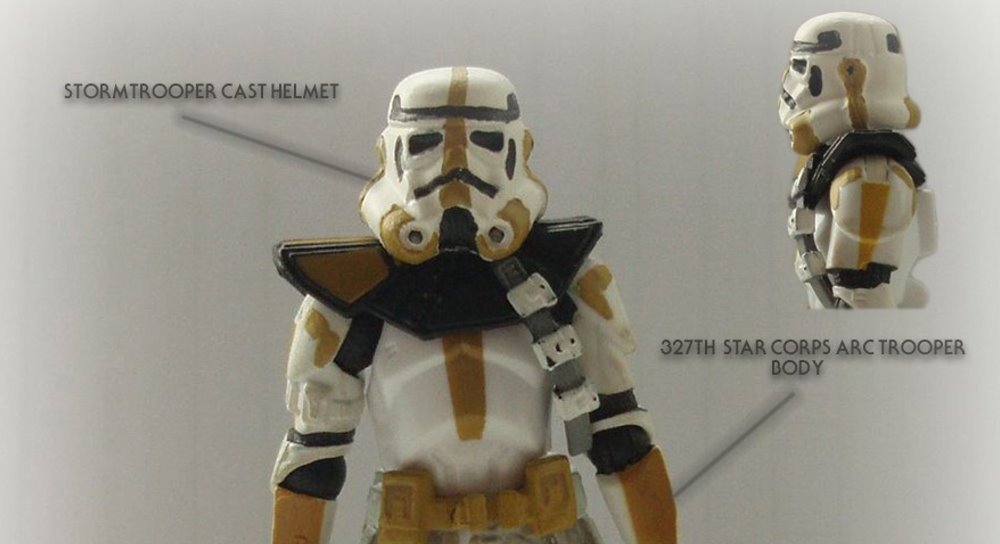 I while ago I bought a lot of Clone Troopers but with a difference.  The previous owner had removed the Clones helmets and replaced them with cast vintage Stormtrooper helmets, repro for the vintage Luke Skywalker Imperial Stormtrooper disguise.

The Clone helmets were recycled by returning to their owners before joining their brethren ranks within my figure collection.  The cast Stormtrooper helmets were stored amongst my fodder for future projects. 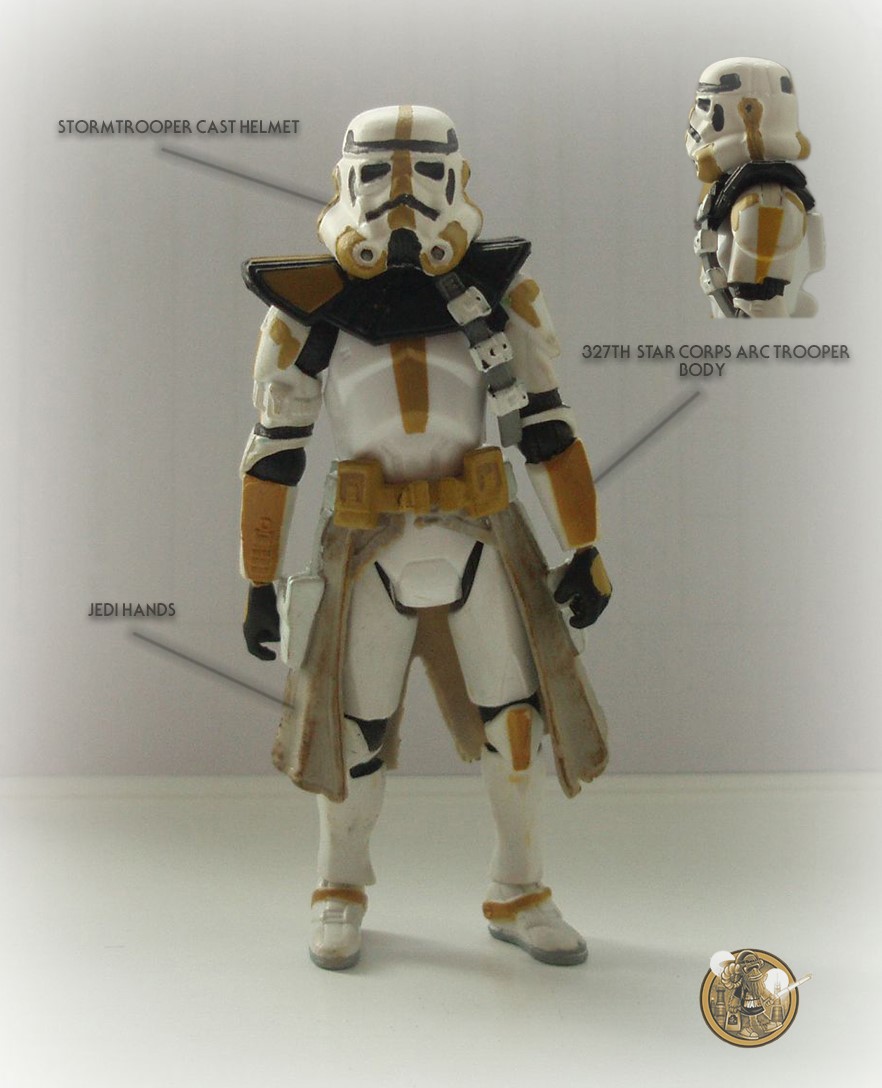 Eventually the day arrived when these Stormie helmets would return to active service.  With the cast helmets being badly painted, my first course of action was to repaint the standard white base and apply black markings.  Keen eyes will notice I’ve broken with traditional vintage markings by painting the air vents black.

This freshly painted Stormie helmet was going to form part of a 327th Star Corps Arc Trooper kit.  In keeping with the Clone Troopers favoured and distinctive colourful armour, I sourced a matt acrylic paint to match and blend with the clone’s body.  Prior to painting, several strips of narrow Tamiya masking tape was placed around the helmet to protect sections and provide guides for crisp straight lines.  While the helmet dried, I couldn’t resist adding some splashes of paint to the body, such as the shoulder plates, to further enhance this clones individuality and the popular practise of reflecting through kit modifications.

The Clone Trooper figure was missing both his hands, a common trait amongst figure fodder.  Sometimes figures arrive with one hand, most often the left.  Possibly due to right hands being used to bear weapons, the increased focus on this part for playability increases its likelihood of damage or loss.  Unfortunately with no spare Clone Trooper hands available, I resolved this by picking out a pair of flesh coloured hands, probably from a Jedi figure.  These hands were painted in matt acrylic black with the back of the hands painted in 327th Star Corps colours in the shape of glove armour.

With the hands now ready to be fitted, the first attempt highlighted a gap between wrist and figure cuff.  This was remedied by trimming the wrist peg a little shorter, proceeding slowly as removing too much could reduce joint purchase.  Little by little, the wrist peg was whittled down until it maintained its grip while sitting flush.

Finally the helmet was placed atop the figure and completed this new custom.