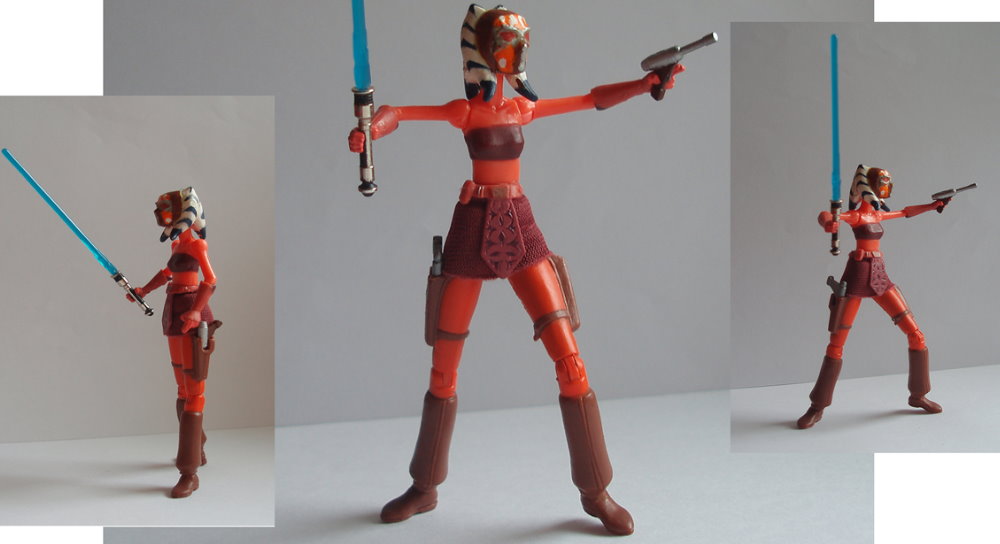 If you have read any of my customisation articles, you’ll know that I don’t like parting with any piece of plastic where possible, with this latest custom providing proof of the hoarding pudding.

Unpacking a fodder (spare parts) lot acquired from eBay, nestled deep within the contents ‘corner, I unearthed an Ahsoka Tano spare head.  But this was no ordinary head though, as the previous owner had attacked the head with a craft knife, removing Ahsoka’s face and leaving only her montrils.  I’m not sure which project would require half an Ahsoka face, but that’s someone else’s story.

Pondering with this one piece for a while, until one day, while rummaging through my cast heads, I stumbled across a visor clad face.  This puzzle was beginning to solve itself, with a nod to Ahsoka’s Cad Bane space tangles, a concept was born.

Carefully scalping the visor face from the cast head, this was bonded to the remains of Ahsoka’s head.  When cured, I then set about matching the face skin tone with an acrylic paint and finishing with her white face markings.

I had a spare Ahsoka upper torso with arms, belt, skirt and apron, however no lower limbs.  This was no bad thing though, this is customising, and there are no boundries. 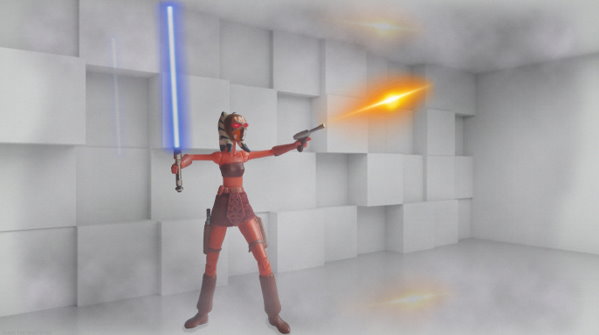