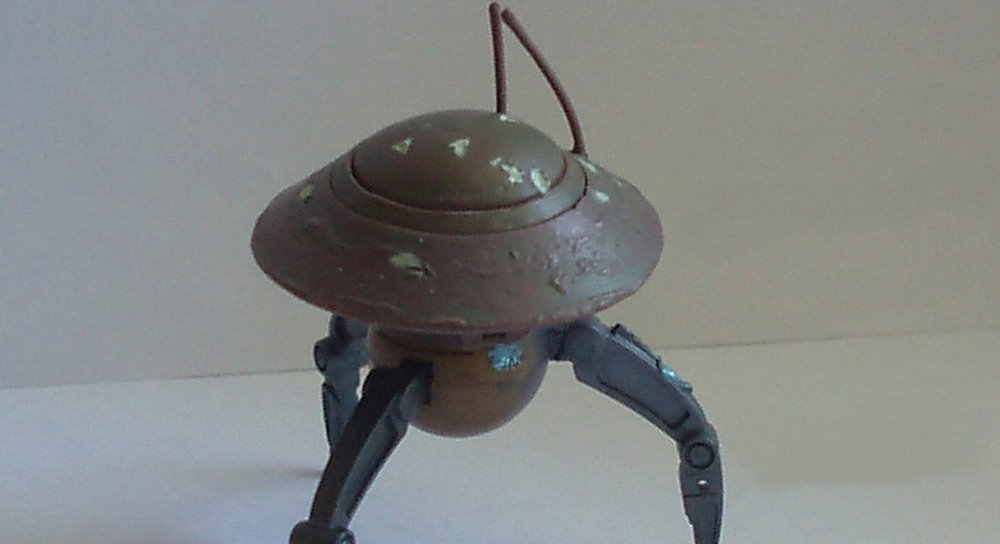 The subject of our latest customising project was borne, as usual, by raking through fodder and piecing parts together until inspiration strikes.  In this case, the Veknoidian Teemto Pagalies hard worn but sturdy and loyal clean-up droid.

This droid’s upper shell was in good condition but missing his spider-like legs.  I matched the shell with the lonely lower torso of a Trade Federation’s tri-legged Droideka.

Inspiration for this custom was two-fold, the re-purposing of these parts and the concept of a droid designed for a new but practical use, but we’ll revisit this later.

Teemto’s loyal clean-up droid still retained the under-carriage box like structure which would have housed his legs.  Cutting away this protruding box, I then removed any redundant internal components.  Periodically aligning this newly formed hole with the Droideka base, working with fine files, I gradually enlarged the hole until the Droideka base would snuggly fit.

This combination was then completed by adding some modelling cement bonding the two pieces together.

As discovered towards the end of the Trade Federation blockade of Naboo, despite their command of a vastly superior force this amounted to nothing during any communication compromise.

Additionally, given the Confederation and Galactic Republic’s conflict raged across vast and diverse theatres, each presenting their own unique operational challenges demanding new solutions. 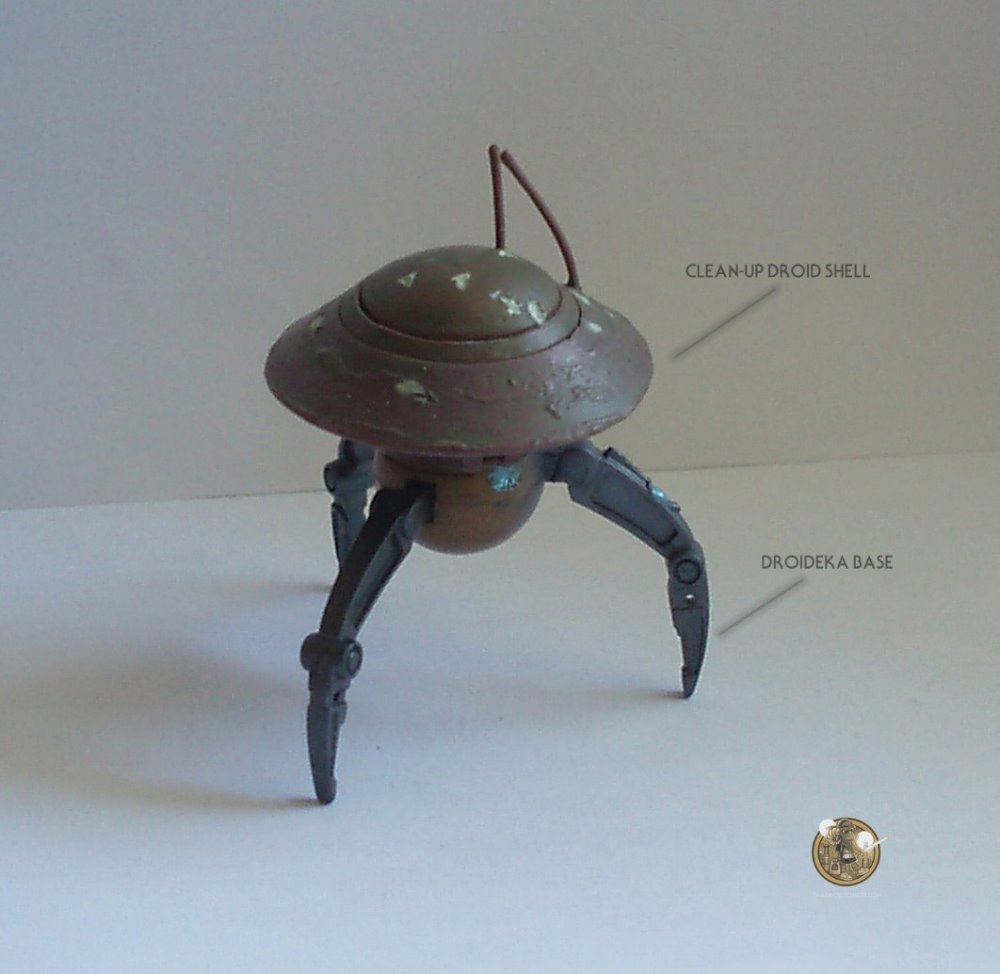 Smarting from their Naboo failure, the Neimoidians sought comfort within the relative safety of their accounting vaults.  If they were going to continue their role as Confederation investors, they were going to explore mechanical solutions, after all, why risk a brave Neimoidian when a droid will do!

Borrowing from the basic, but uniquely sturdy housing of Veknoidian clean-up droid heads combined with the mobility and shielding of the Droideka.  Re-purposing existing mass produced housing proved cost efficient which afforded any additional expenditures focussed squarely on enhancing the software, processing and communication power.

The project resulted in the creation of the new Confederation asset: Battle Remote Artificial Intelligence Network or B.R.A.I.N. for short. This advanced contraption could work remotely co-ordinating troops from the battlefield allowing Neimoidian base ships to dis-engage to relatively safer positions.

This new unit would also prove beneficial whilst operating within more hostile environments where the upper atmosphere or terrain interfered with extra-terrestrial communications.