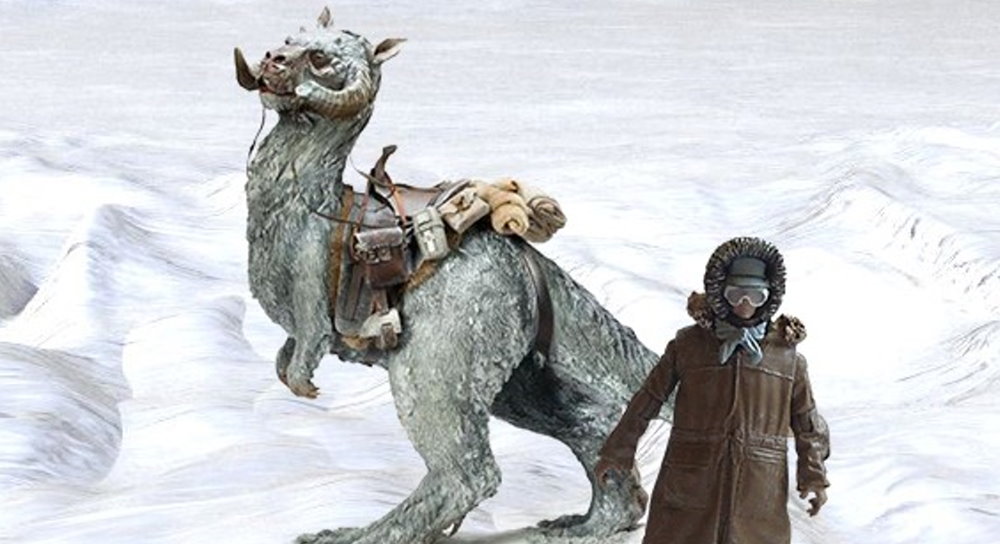 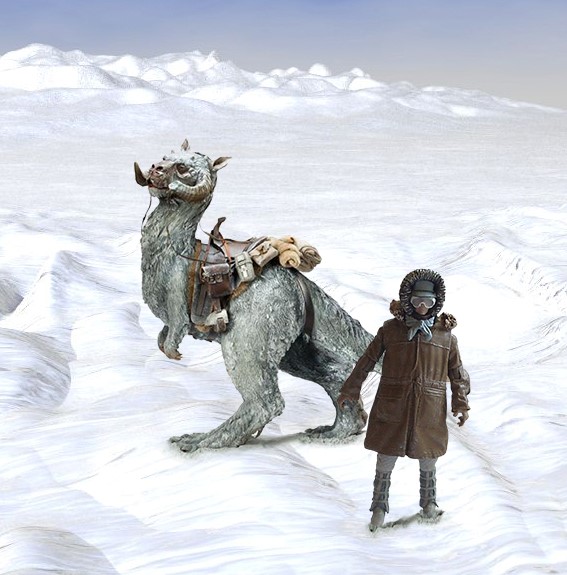 It’s always fascinating rooting through a fodder (spare parts) lot, a mish-mash of parts discarded by a fellow customiser, and while their project will forever remain a mystery, it’s randomness provides a fertile world of creative opportunity.

Within my fodder, I had several modern era Hoth Han Solo figures, a mix of conditions and parts.  One of which was complete except for two arms and his head.  The headless-ness was no issue as I had a variety of hood up or down loose heads.  The real conundrum was how to restore his arms and represent a plausible figure.

As luck would have it, I just so happened to have some parts from a 3 ¾ inch figure from The Golden Compass movie, Lord Asriel as portrayed by, “I’ll remove these restraints and leave this cell with the door open”, Daniel Craig, oh, and leave the gun! 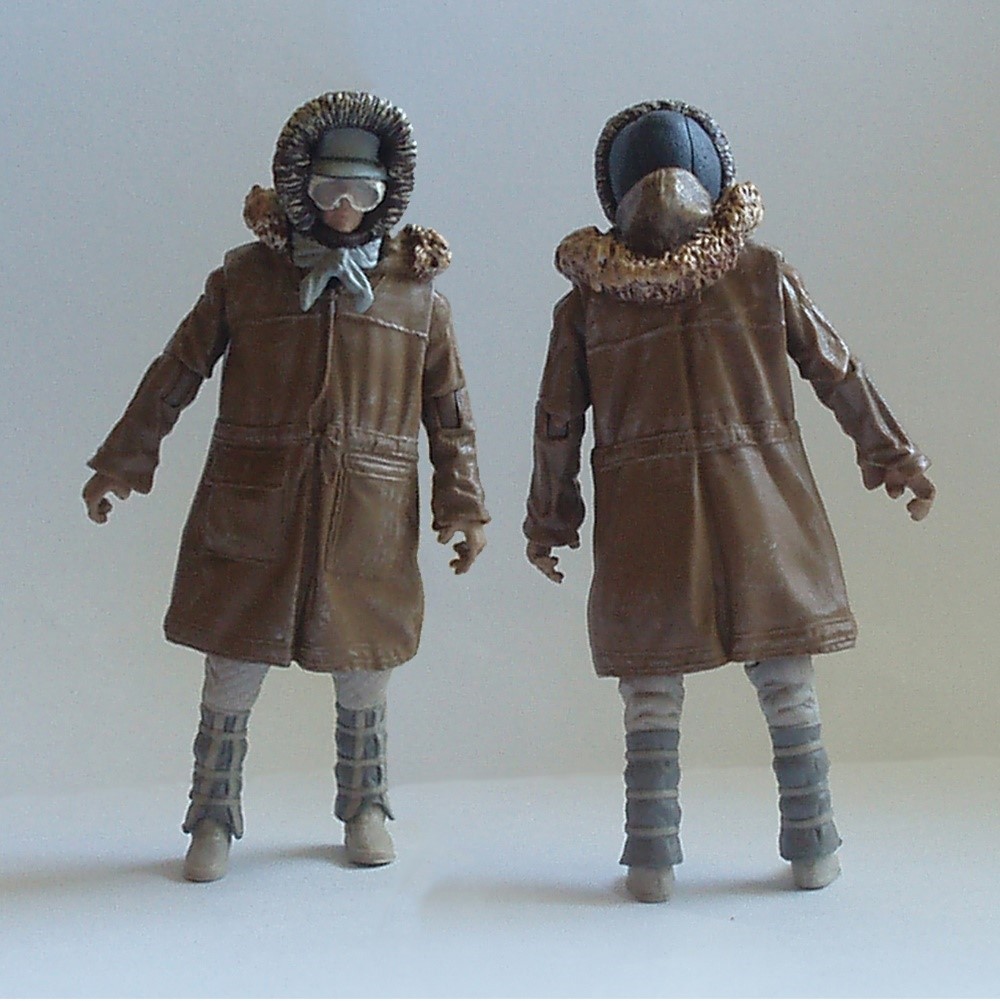 The Golden Compass figure’s arms was missing his hands, which was a shame as the figure wore gloves which would be perfect for Hoth.  Using the hairdryer heating technique, I inserted some new hands.  However before fitting the new arms to Han Solo, I wrapped Lord Asriel’s brown jacket around Han.  The arm joints were then heated and clicked into Han Solo’s newly jacketed torso, a perfect fit!

So, from conundrum beginnings, this quick and simple Hoth Han Solo custom pays homage to the age old conundrum, was Han’s jacket brown or blue?

This time, it’s both.