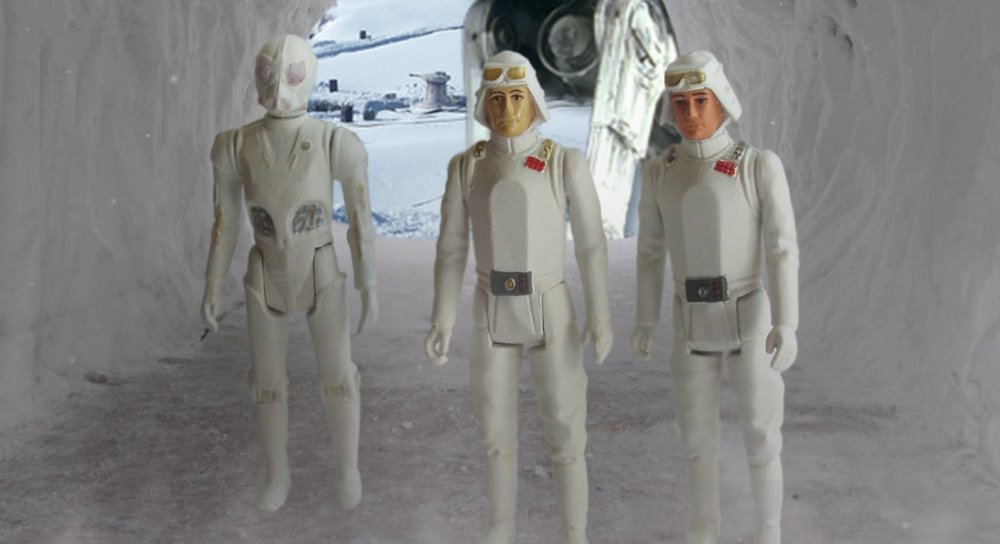 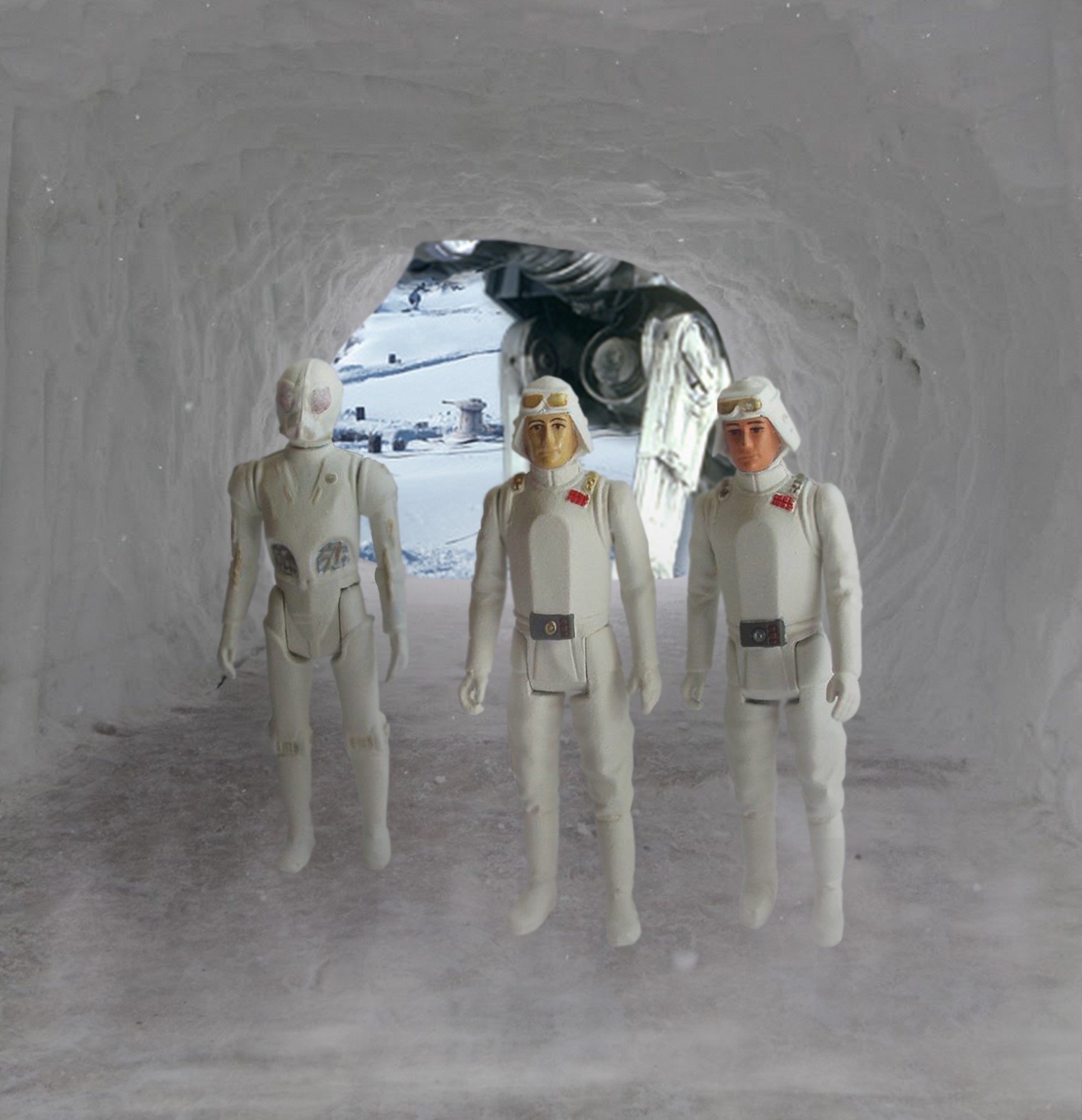 I recently had two vintage era AT-AT Commander figures, which were based upon Julian Glover’s The Empire Strikes Back character General Veers, these were excellent examples of skin tone variants unfortunately however, they had fared badly during a skirmish with a four legged friend.

Sadly both figures were suffering from multiple teeth indentations, with one missing a foot, the other his hand, making them prime candidates for customising.

I began by repairing their body damage using Milliput’s Yellow/Grey two part epoxy putty, with the excess scraps used to craft a lower boot and hand which would replace the missing limbs, these were affixed to the figures before curing.

When cured, the body fillings were gently smoothed with a light abrasive paper until flush within their housing.  The hand and boot were each shaped further by using small hobby files and again finished with a fine abrasive paper.

Moving onto painting, I considered various uniform colours, but given the subject matter, I opted to continue my current Hoth theme.  Both figures were painted with several light coats of acrylic matt white and their ranking plates painted a uniformed acrylic red gloss, their googles were both painted an acrylic metallic gold.

Although both figures were technically the same character, as customs, I wanted to introduce some subtle differences in an effort to denote a slight variance of rank.  The senior Commander’s belt buckle and shoulder clips were painted with acrylic metallic gold while his junior was painted in the same areas but this time in an acrylic metallic silver. 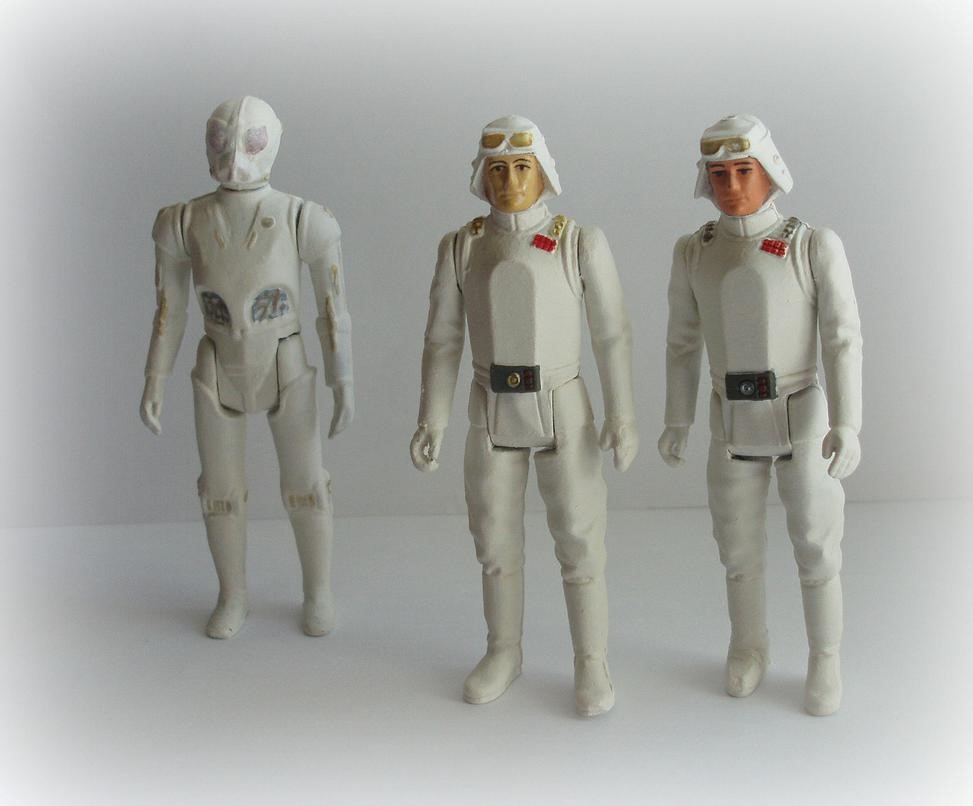 While working on these figures, I came across a vintage Imperial Droid, one which could hardly stand due to loose limbs and with severe paint loss.  I felt this poor chap could form the basis of another custom which would complement his Hoth Commanders.

Small applications of glue were carefully injected into his limb joints then worked for a while, forming sufficient resistance which tightened his limb joints but did not impede their movement.

With the droids mechanics improved, painting began by applying several thin layers of acrylic matt white paint, taking care to maintain his definition and his eyes were painted metallic gold then lightly whitewashed as l wanted to maintain some transparency and differentiate between his eyes and body tone.

When the Imperial droid had dried, with an Imperial Hoth victory assured, he was able to join his commanders Rebel Base landing party.