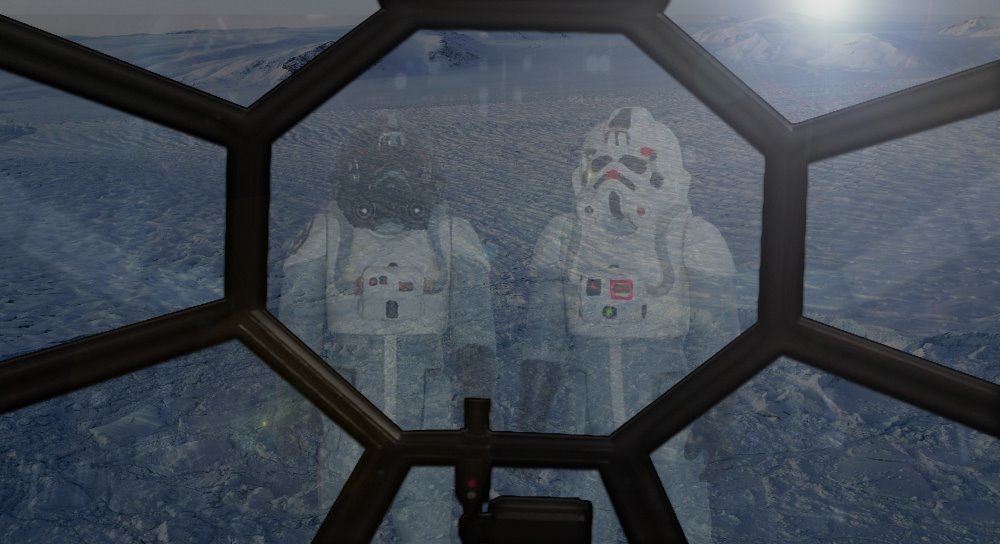 I’ve always enjoyed the variance of the Empire’s seemingly endless design and supply of specialised troops and appreciated their respective evolution across Episodes.  I also have a weakness for Star Wars armoured action figures such as Stormtroopers, Snowtroopers, Tie-Pilots, AT-AT Drivers, Biker Scouts and so on.

So, when in a customising state of mind, sometimes I get to thinking about characters that could potentially populate the background, unseen but playing integral roles in supporting the mechanics of a fully functioning military machine. 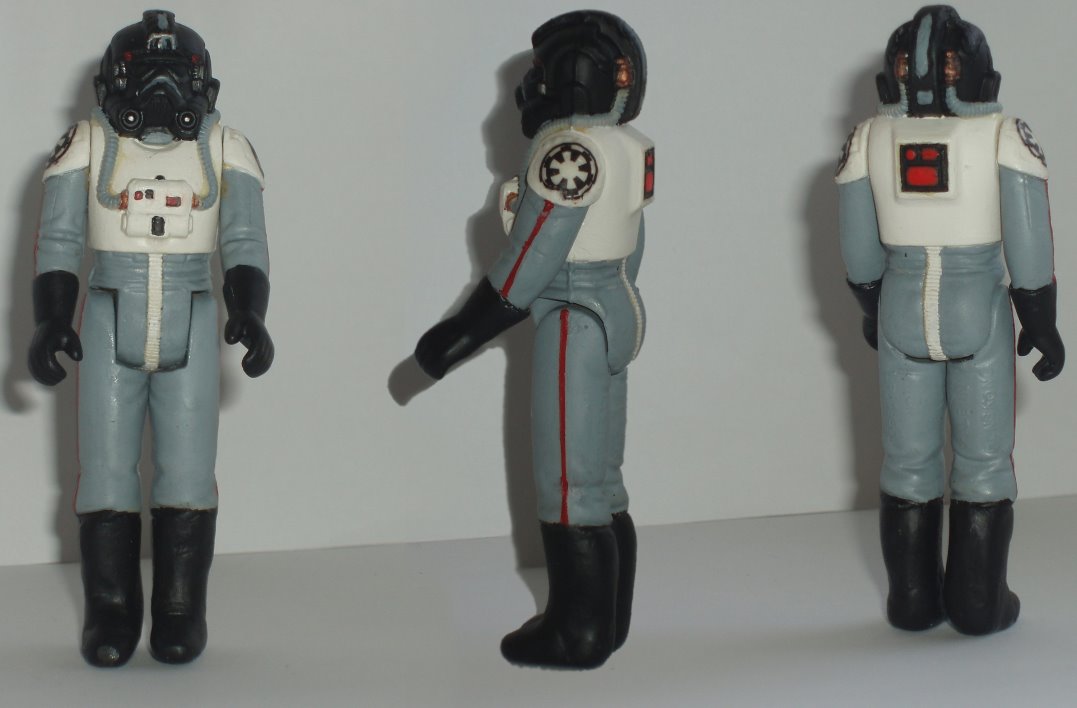 While we are familiar with specialised vehicle operators such as Tie-Fighters Pilots and AT-AT Drivers, I wondered who would be responsible for transporting the Empire’s mighty war machines from Imperial Destroyers to theatres of battle. This line of thinking prompted me to consider an operator who straddled the roles of both his TIE Fighter and AT-AT brethren, an operator who was specialised in both space and atmospheric flight.

With two badly sun bleached and damaged vintage AT-AT Driver figures, one missing his foot and the second his hand, providing a perfect opportunity to explore this concept.

The first figure, a one booted AT-AT Driver, had a new foot reconstructed using Milliput Yellow Grey two part epoxy putty, shaped using dental tools, filed with hobby files and smoothed with a fine abrasive paper.  The figure was then repainted maintaining most of his AT-AT colours but incorporated a Tie-Pilot colouring twist of boots, gloves and helmet.  Sadly at this stage in my customising activities, I did not have access to high quality water decals, so unfortunately his shoulder insignia is not great, but you live and learn.  I also adorned him with flight suit red lines as worn and inspired by Baron Soontir Fel.