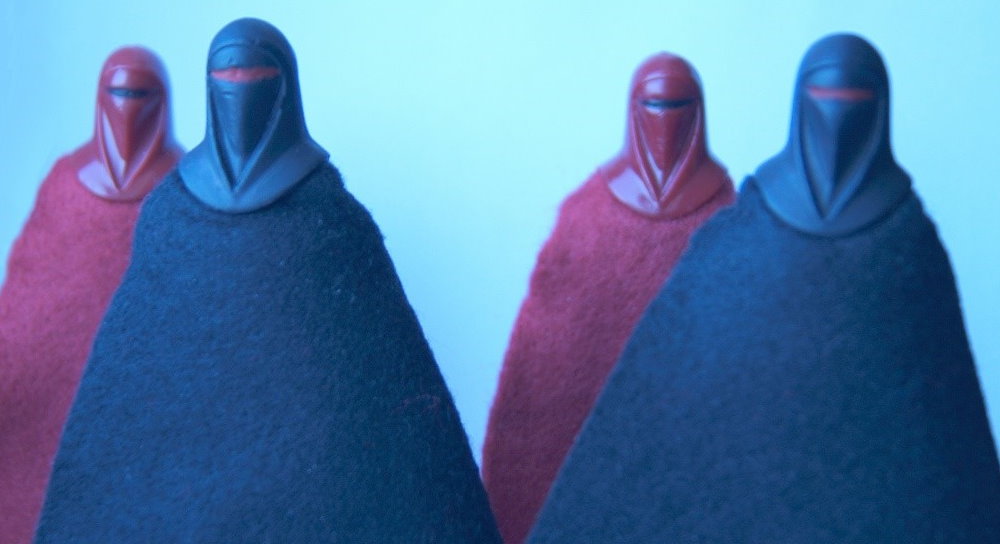 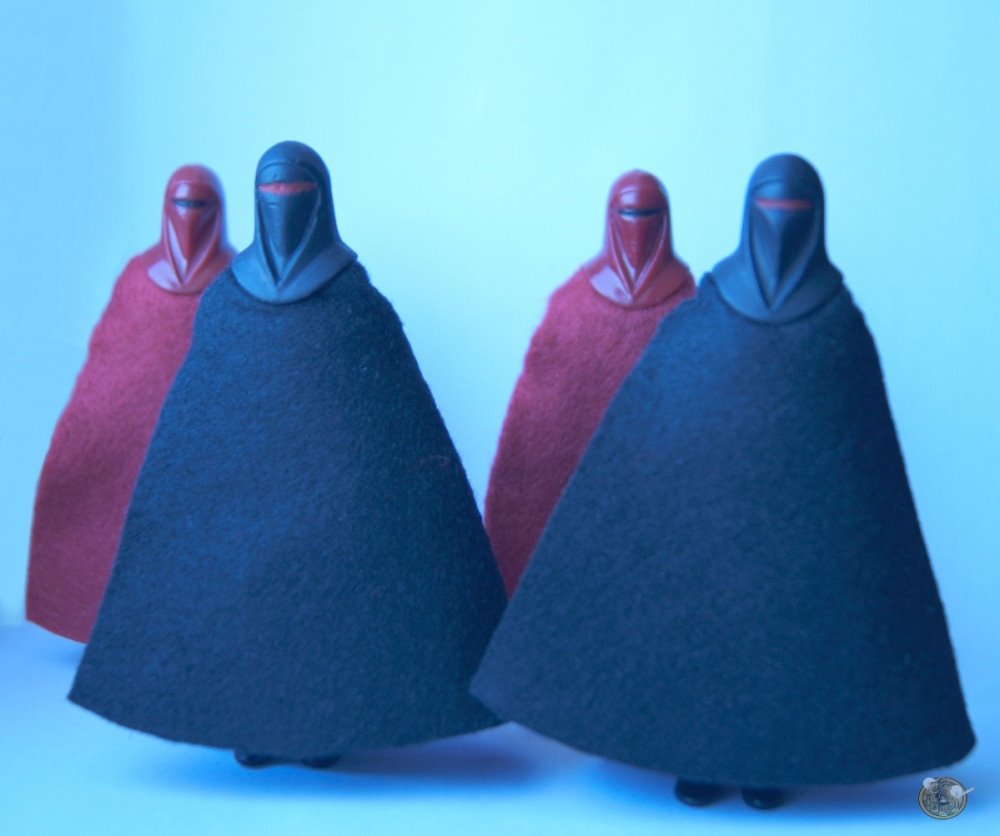 The Emperor’s Imperial, or Royal, Guards were first introduced in 1983’s Return of the Jedi. Their red apparel was developed to provide visual contrast from the massed Imperial garbs of white, grey and black.

Nothing was lost in translation from screen to card as these 3¾ figures omitted the same ominous persona resplendent in their crimson robes.

Although realised in the youngest of the original trilogy these figures are nearly 40 years old now, with many having been relieved of their cloth capes, some not requiring the intervening years as the kids of 83 enjoyed adventurous play or eagerly investigated under the hood.

I had a few of these figures in various states of disrepair amongst my customising fodder and wanted to work on them, however sourcing suitable materials proved troublesome and resulted in delay and moving onto other custom projects.

Having recently watched another wonderful video by Toy Polloi covering Royal Guard restoration, I was inspired to return to my own.

In addition to his video, Dave of Toy Polloi has also provided a helpful free downloadable PDF template for the figures capes.

Firstly, I had to print the cape templates and if you remember my previous Customising Your Fandom article ‘The Caped Crusade’ which covered the replacement of vintage Snowtrooper capes (another project supported by Toy Polloi’s free templates), my printer doesn’t work. My good friend Grant Allan helpfully printed the template allowing me to get to work. 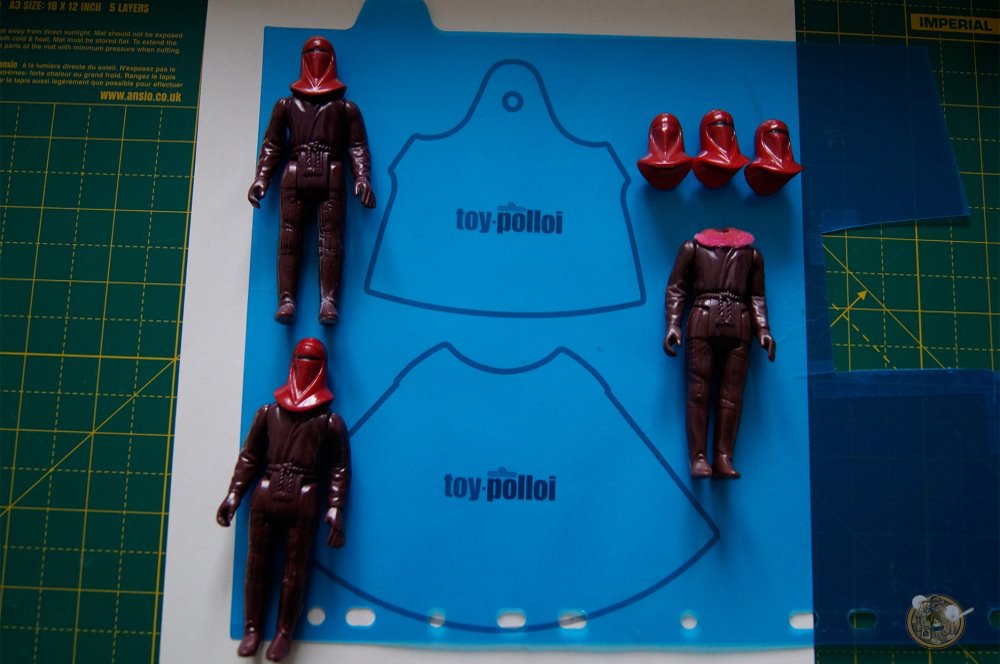 As with the Snowtrooper replacement cape, I taped the templates to the same plastic A4 file divider and cut the shapes out. I used a leather hole punch for the inner cape neck peg holes.

After receiving felt materials ordered from Amazon, I placed double sided sticky tapes to the templates then set about cutting several black and red capes as I planned to create a retro version of the modern eras Shadow Imperial Guards. 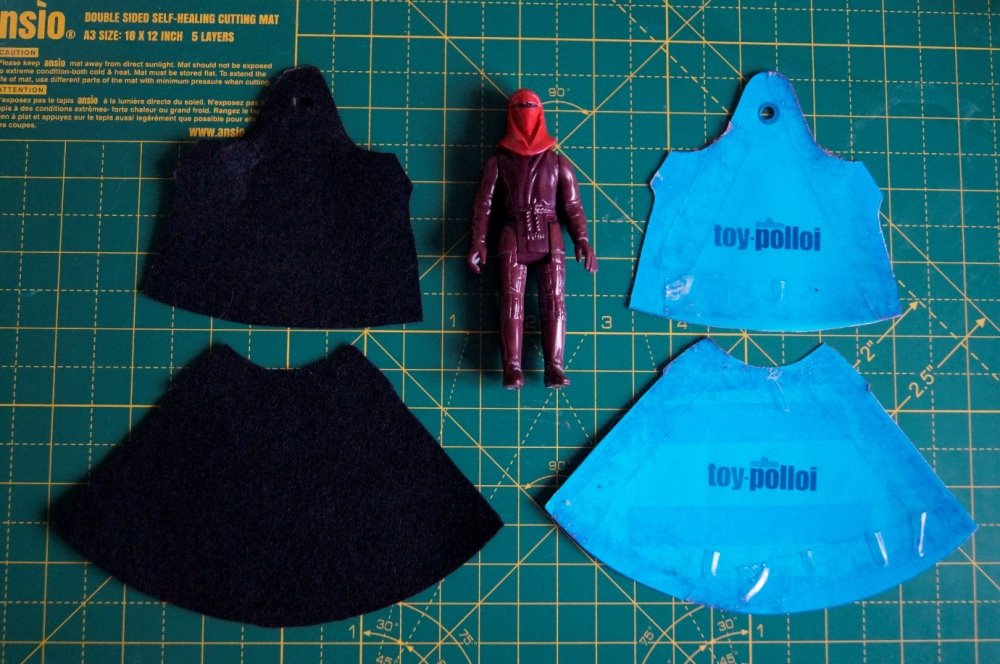 Some figures suffered from snapped neck pegs, so before progressing to restore or paint the custom guards, I worked on fashioning replacements. Toy Polloi’s suggestion of Lego axles, however with this figure having no head articulation, I decided to save the Lego parts for other projects. I fashioned neck pegs from my supply of plastic rods from a local model store.

Following practice runs fitting heads to torsos, I moved onto matching thread to cape colours then sewing and turning inside out to hide the stitching.

I painted two of the figures and helmets with a matt black acrylic, using red for the visors.
When dry, the innercapes were then slid onto the figures, with arms up and working from feet to neck. The innercape holes were looped over replacement or original pegs. With arms returned to the figures sides, the overcapes were eased downwards over the shoulders making sure these rested properly before applying super glue to the neck pegs and re-fitting the heads.

Project completed with two original figures restored and two of the more beaten figures being customised into retro Shadow Imperial Guards. This project provides another example of the variety of craft disciplines which can be employed when customising action figures. 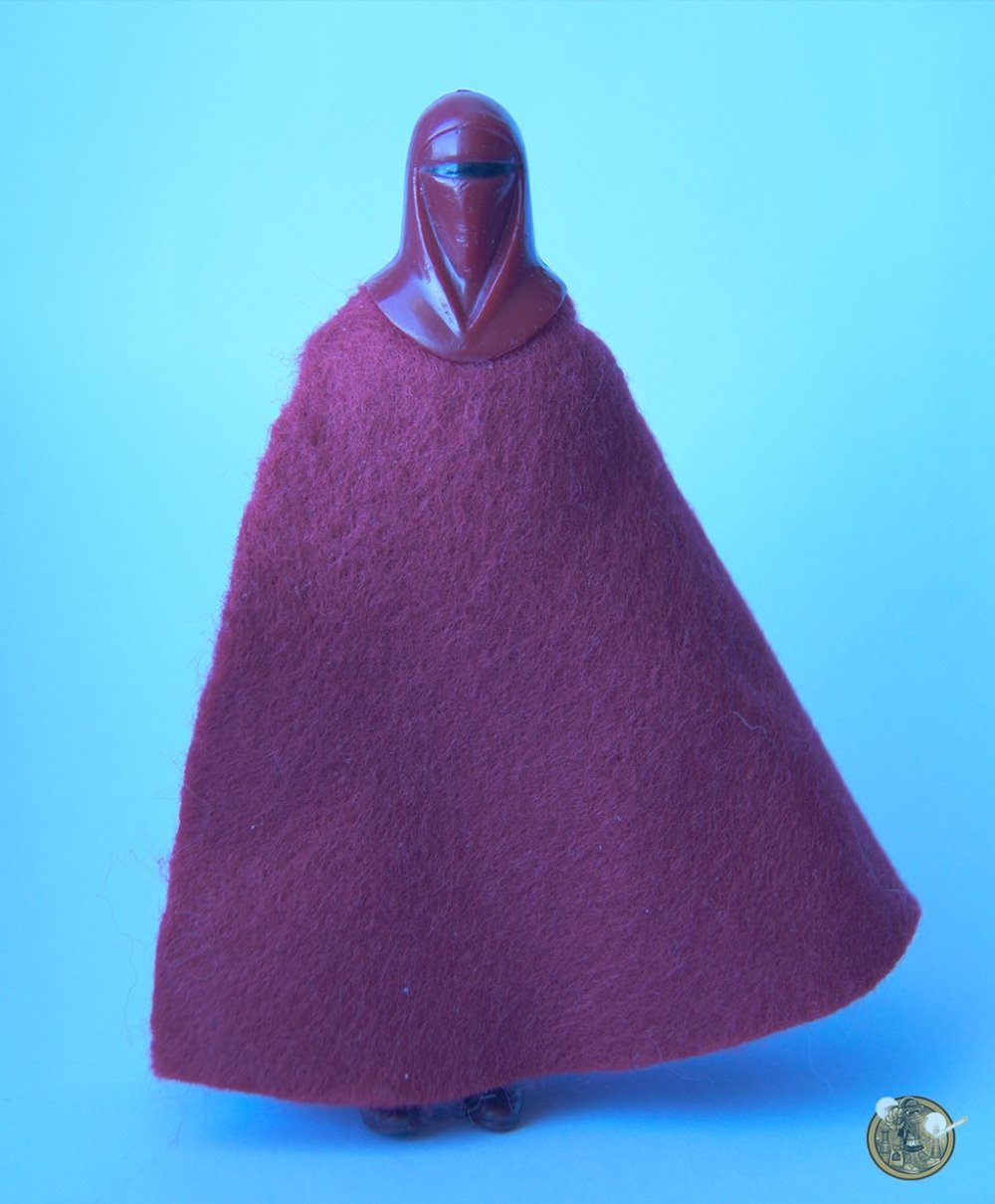 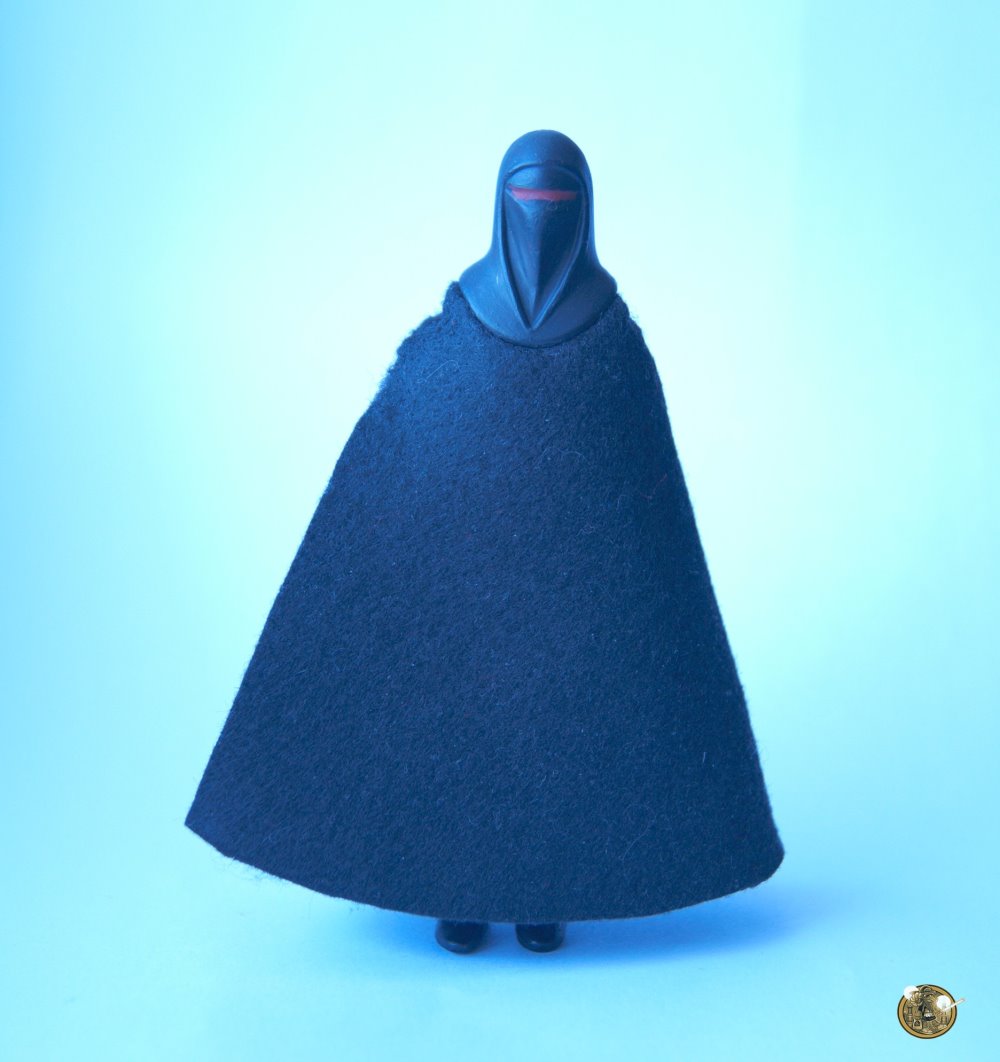 I have some custom ideas for another Imperial Guard project, but first requires material and fodder sourcing, I look forward to sharing this with you in a future article.