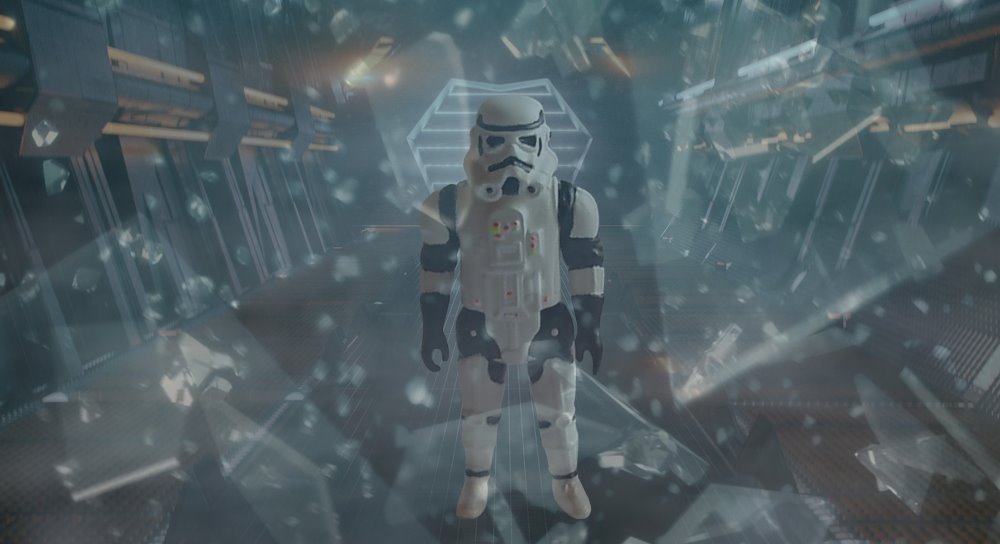 I’m fascinated by the evolution of Imperial Troopers, the potential variety of specialist units employed by an operation of Galactic proportions and this will often inspire some of my more creative action figure customs. 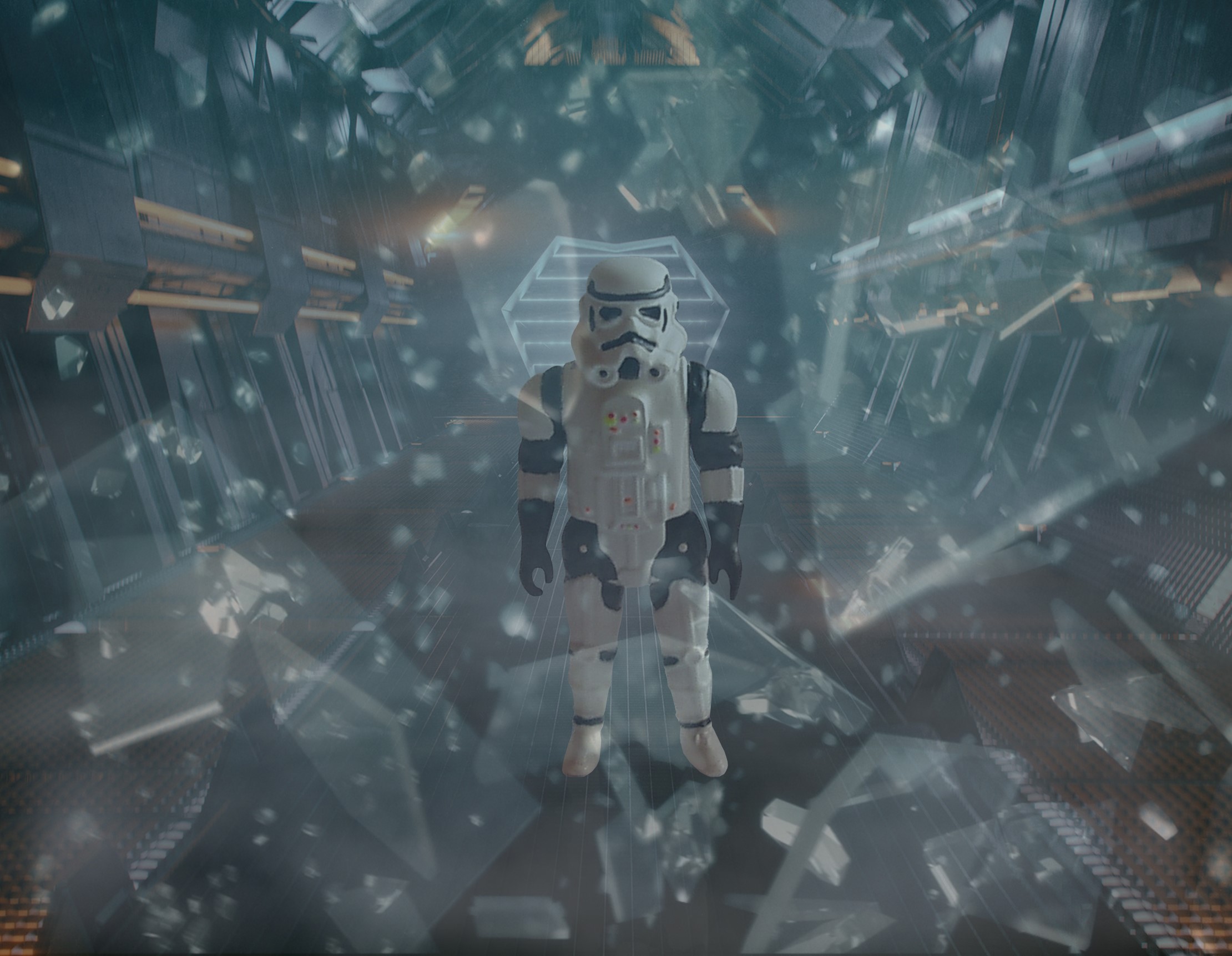 One such idea was formed during a recent tour of my spare parts, when I found a discoloured but mostly complete Vintage Bounty Hunter Dengar except for being separated from his head, which I also possessed.

I could have simply replaced his head and repainted, but I instead opted to take these parts on an adventure of personal discovery.

It’s well known that Dengar fashioned his bounty hunting guise from scavenged Imperial Armour, but given Princess Leia’s cutting observations during her rescue, we learned that Stormtroopers tended to be of a standard size.  Given this, how could Dengar encapsulate his larger and bandaged frame into a standard specification Stormie shell?

Well, my solution was to create a new Imperial unit, the Sapper Trooper.  The newly realised member of the Imperial Gunnery Division, would complement regular Infantry Battalions charged with the provision of projectile targeting, demolition and in some cases bomb disposal.  Due to the demands of his role, the Sapper Trooper was wrapped within several shock protective layers beneath his re-enforced and larger framed armour, in other words a perfect fit for Mr Dengar’s collar size.

The Dengar to Sapper Trooper custom commenced by painting his body with acrylic white matt paint for his armour and black matt for his under armour suit.  Dengar’s backpack was then painted with a variety of acrylic colours to pick out and highlight some of its interesting features. 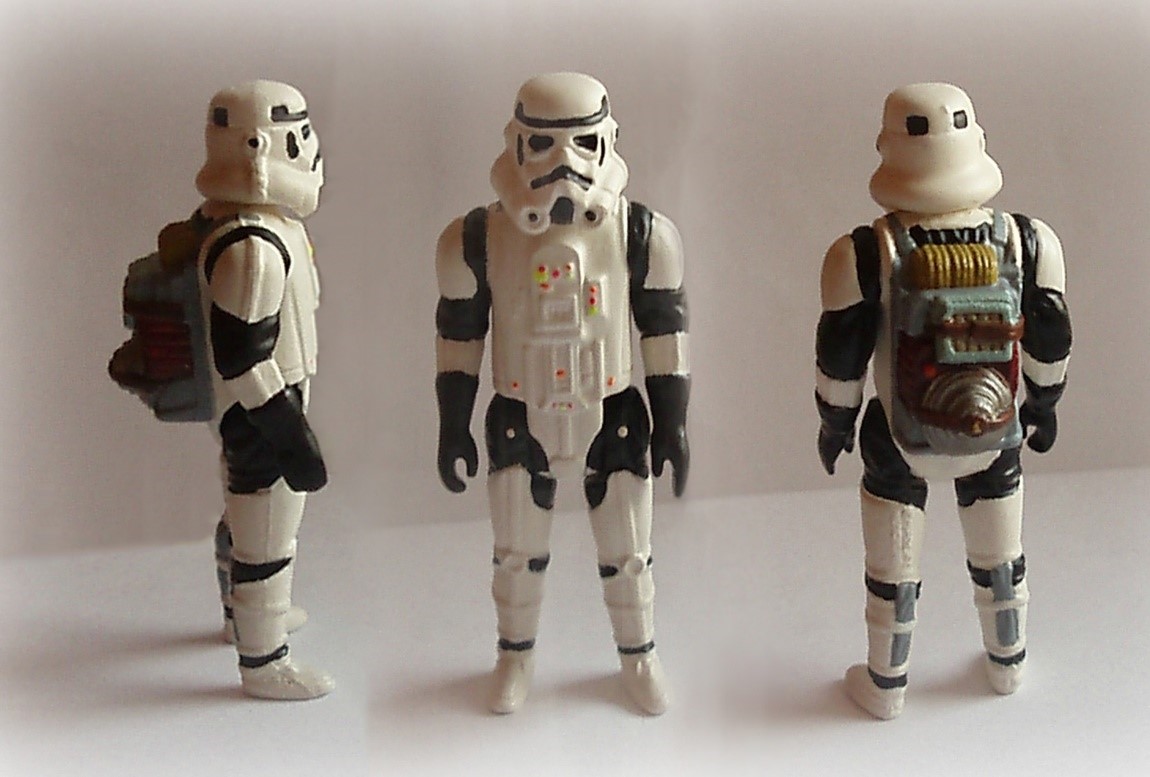 I had a number of spare Stormtrooper helmets, including those which had been molded as replacements for the Vintage Luke Stormtrooper disguise figure.  These helmets can be useful for various customising projects or for Vintage collectors desperate to achieve the Luke Stormtrooper competed look but without the expense, leading me to offer words of caution.  Anyone considering purchasing a Vintage Stormie Luke, before parting with any funds, please do your homework and seek assurance from the seller.  Molded Vintage Stormtrooper helmet copies can look good and I would hate to see someone unknowingly buying one.

The molded Stormtrooper helmet was painted in the same acrylic white matt paint with respective details highlighted in black matt. When dry, the helmet was placed atop Denger’s frame, fixed into place and we now have our completed Sapper Trooper figure.

I still have the loose Dengar head which will form the basis for an upcoming custom which I hope to share with you in the near future.