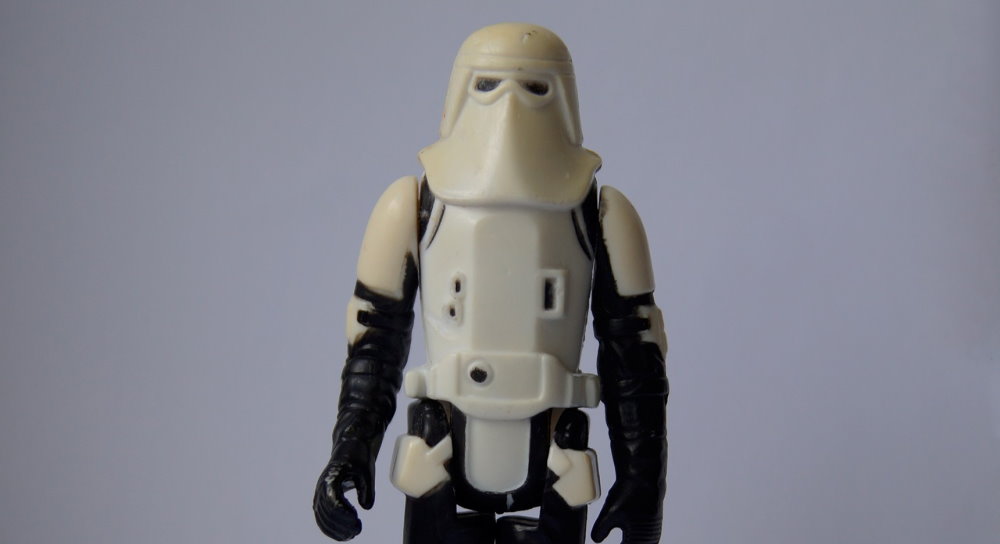 Star Wars is central to my action figure collecting, but my collection also dips into other vintage and modern franchises such as Star Trek, Buck Rogers, Battlestar Galactica, Black Hole, Tron and Clash of the Titans amongst others. 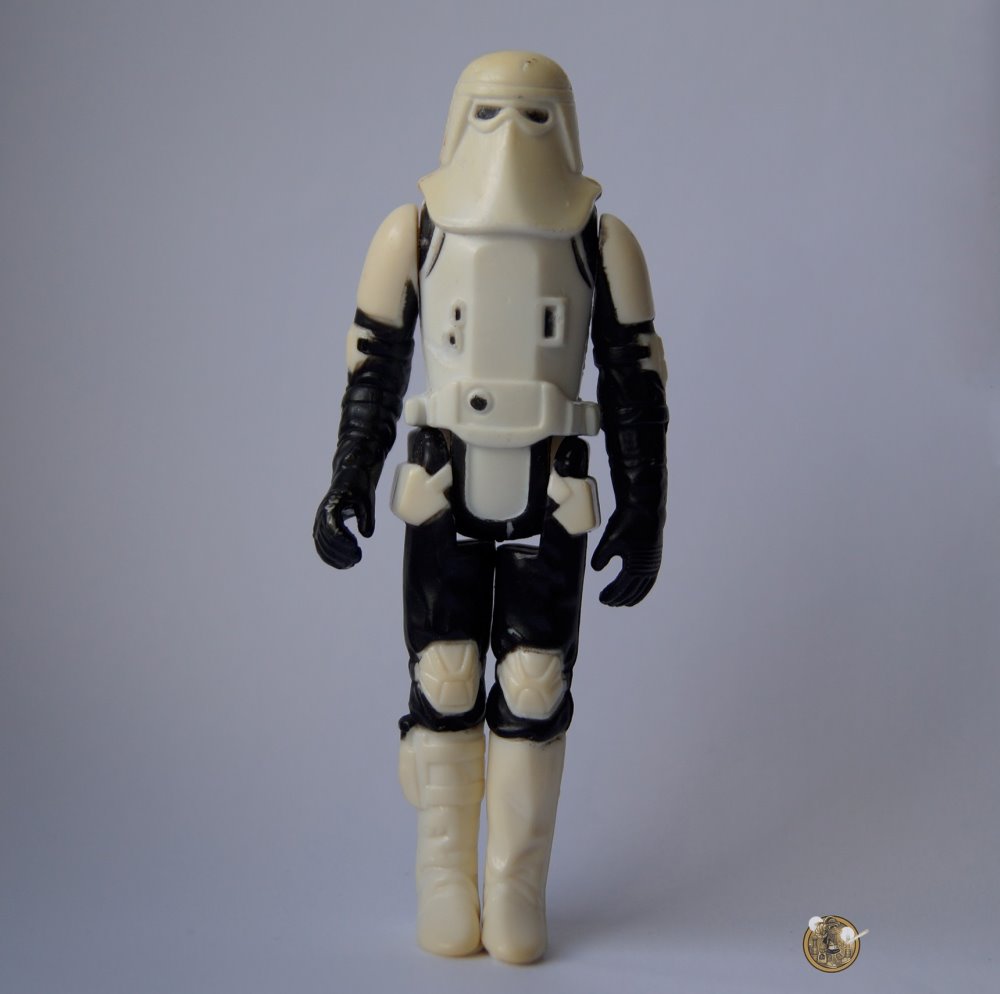 I was recently working through my vintage Action Man/Action Force figures to photograph and share on a Facebook collectors group. I hope to work through photographing other parts of my collection, perhaps one day them all, as this affords quick and easy access. Action Force was a creation of British toymaker Palitoy, a brand well known to British kids for producing Star Wars figures.

Witnessing their successful licensed production of 3¾ Star Wars figures, Palitoy decided to take their own action figure, the super articulated 12 inch Action Man and convert into the now popular 5 poa 3¾ scale. Action Force was a military line which straddled land, sea, air and space with their Red Shadow nemesis. Later Palitoy would become part of Hasbro and Action Force joined the ranks of G.I. Joe.

While sorting through my Action Force figures I was reacquainted with some of my earliest customs with one requiring special attention, my very first custom, the Snow Scout.

It had been a while since I last seen this custom figure. I had taken my first fodder bucket on holiday with me to the beautiful Isle of Barra off Scotland’s west coast. I planned to take my first customising steps in the evenings to relax after long daytime beach walks. The beaches on Barra are huge, in fact, its home to the UK’s only beach airport. 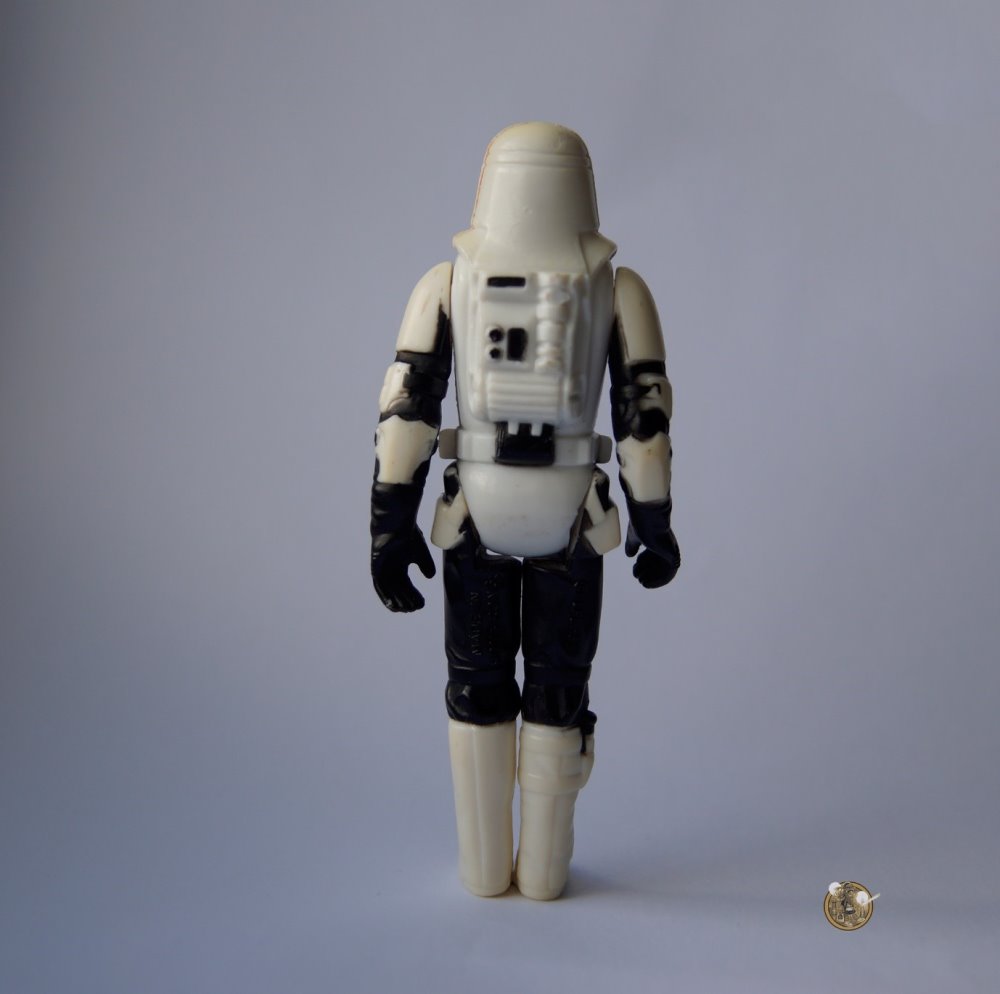 My fodder box was modest, when it comes to a fodder supply there’s no such thing as too much when it comes to parts. The box has been replaced over the years to accommodate my amassed plastic.

Getting back on subject, my box contained a vintage Snowtrooper with one leg. I also found a Biker Scout with a badly beaten body but his arms and legs were in good shape. Looking at the two figures with blended colouring a plan was hatched.

For my first foray into removing and replacing limbs I employed the boil and pop method. Just as the title suggests, boil a kettle, fill a bowl and plop in the parts. It is effective, but I found it to be slow and sometimes required several runs to complete as parts cooled quickly, then you have a drippy figure for a few days.

I’ve since moved onto the hairdryer method which affords speed and less mess. However both methods require care as you are working with hot parts. I’d recommend the boil and pop method for beginners as this avoids potentially damaging parts by overcooking with a hairdryer.

I should mention that vintage Star Wars figures limbs are made from a softer plastic whereas their torsos are hard. It is the limbs which we focus on when applying heat, which become pliable, whereas the torso’s don’t. 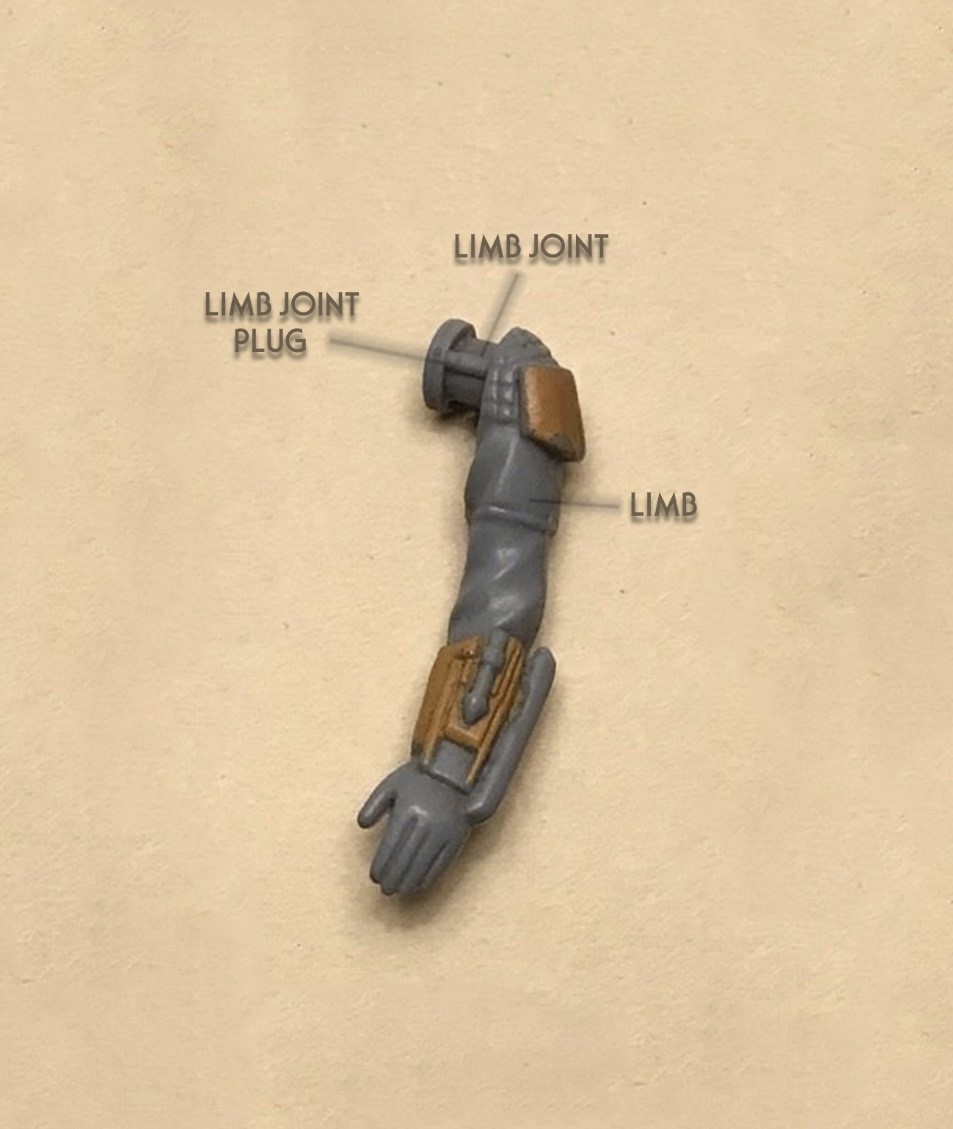 Using the boil and pop method the Snowtrooper’s leg was removed and stored for future use. The Biker Scout followed into the bowl with freshly boiled water, left to heat, removed, then working the limbs by rotating to and fro until popped out of their sockets. Patience is key, care must be taken to maintain the integrity of the limb joint and its plug. It’s better to repeat the heating process until the limb can be safely removed, this will avoid undesired repair work. The heating process was re-employed to attach the Biker Scout limbs to the Snowtrooper body.

Project complete, we have one custom Imperial Snow Scout ready for enforce peace on frozen theatres across the galaxy.