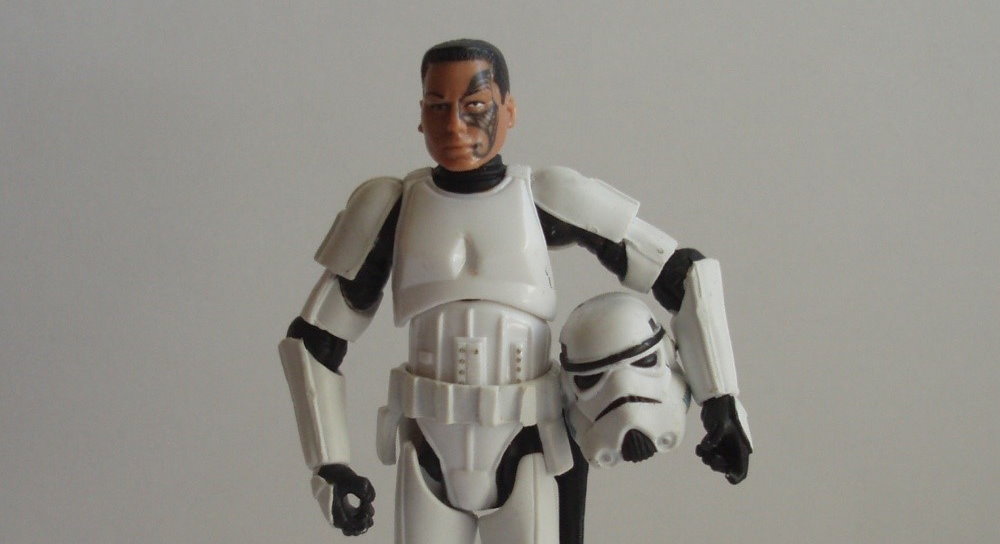 This latest customised figure was a sparked by opportunity and inspired by one of my favourite Legacy Tales which was accompanied with two of the coolest action figures, the Ralltiirian Basso and his counterpart the Neimoidian Mouse, both in Stormtrooper disguise.
This tale also inspired two of my previous customs which you can read exclusively on Fantha Tracks Mouse Blues and Adventures of Able.

I had some spare Stormtrooper bodies, the models which have the smaller neck ball joint which would accommodate the head for a removable helmet. Overtime I have acquired a variety of spare heads and a few spare Stormtrooper helmets. 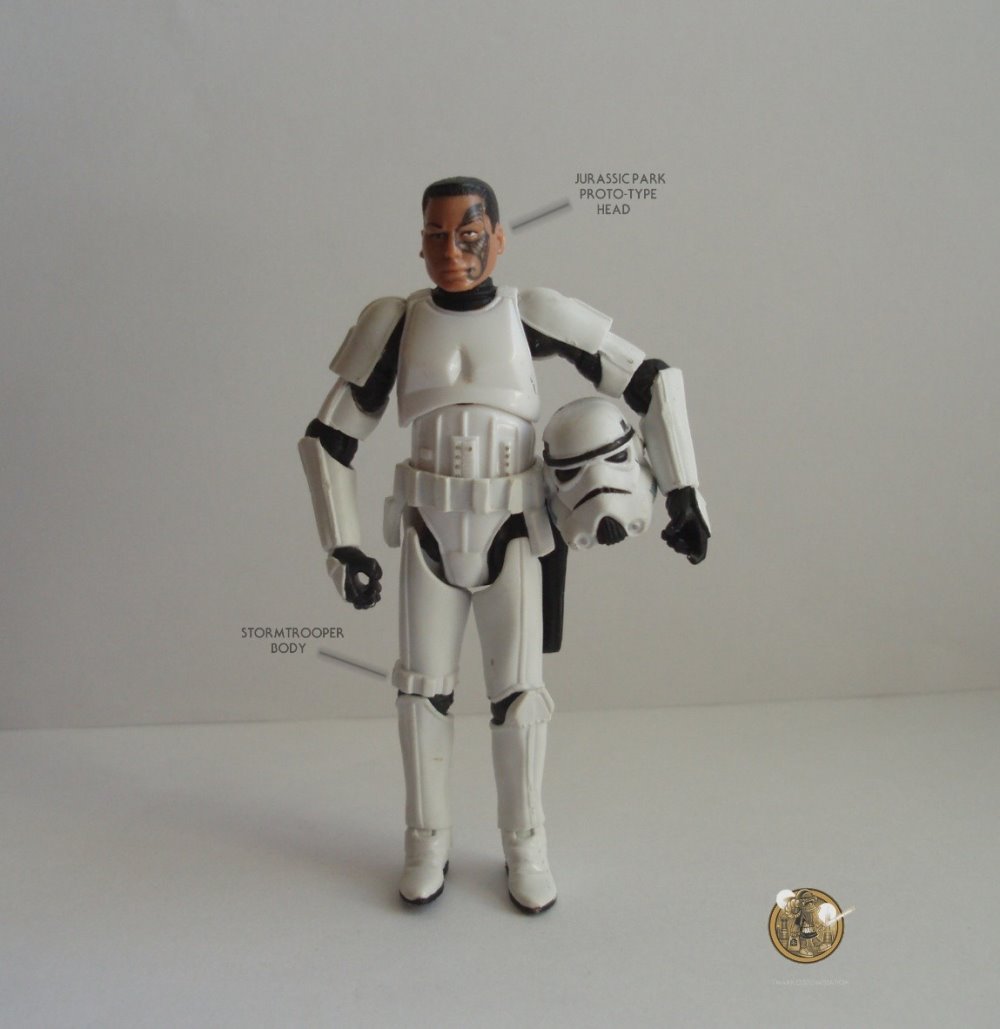 While I would normally piece together a custom from fodder I already have, however I happened upon an interesting lot on eBay. The lot was Chinese factory stock clearance of an unreleased Jurassic Park figure, slightly larger than 3¾ inch scale, but with some interesting features.

The figures were Predator’s Dutch commando-esque character with cargo pants, and muscular bared upper torso which was made more intriguing as the face bore a very cool tribal tattoo which reminded me of Basso.

I thought this figure could provide the basis for creating a cool custom for a Stormtrooper disguise figure, perhaps a fellow Ralltiirian and member of the Rebel Commandos during the Battle of Per Lupelo.

I also thought the remaining body could form part of a gladiatorial or mercenary type Mandalorian for a future customizing project.

When the figures arrived I found that while the head was just above 3¾ scale, the hollow inside was gauged for a slightly smaller neck ball joint. This didn’t require any filing, just the heating of the head which was then popped atop the donor Stormtrooper’s body.

A very quick and simple custom but sporting a unique coolness.