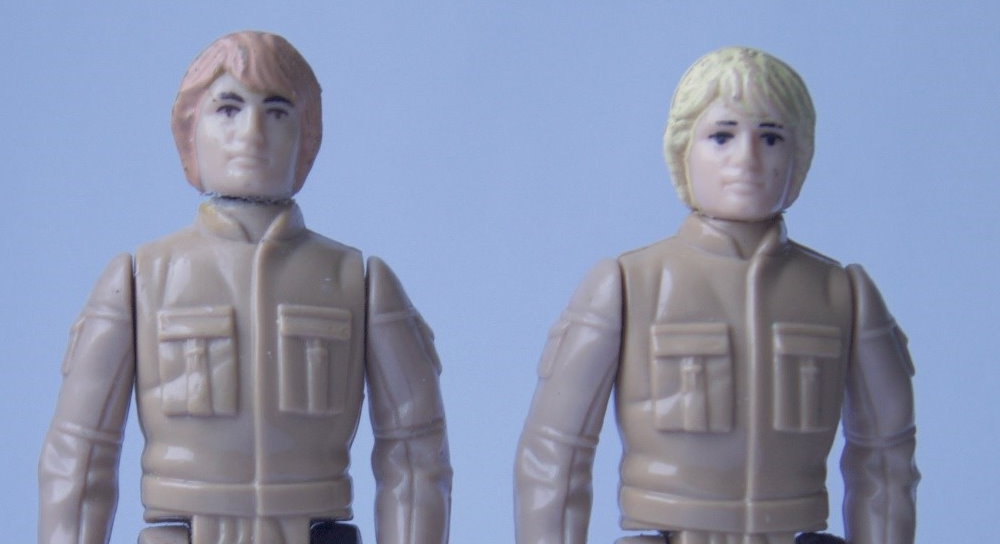 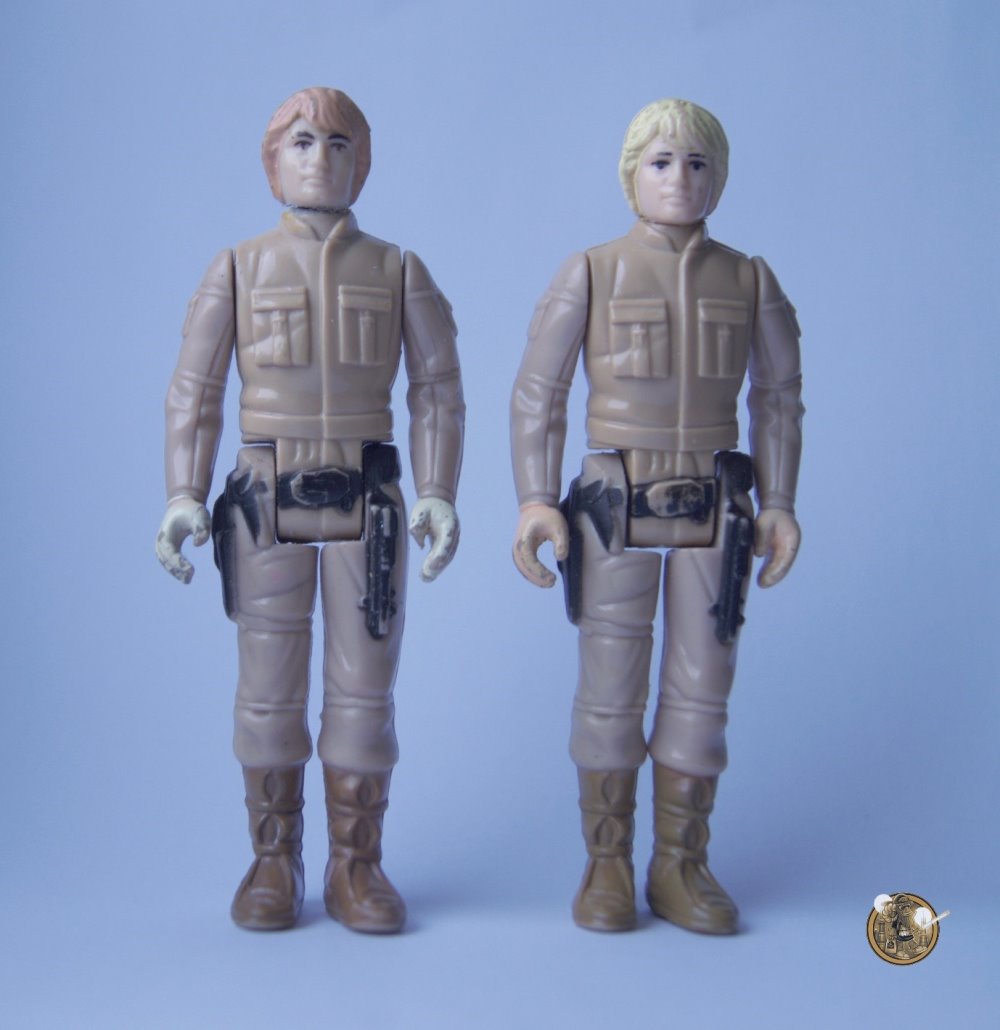 Continuing the restoration theme, I had a couple of vintage Luke Skywalker Bespin fatigue figures within my spares.  One figure had no neck joint, the other had no right leg.  I knew within my fodder I had a spare head and perhaps a leg.  Sifting through my boxes I found the head and leg I needed, I also found another one of these figure again missing his left leg, unfortunately this one will need to wait a while for a donor part.

These finds presented the perfect opportunity to use my supply of Lego axles as joint replacements, I had purchased some of these after watching an informative video from toy collector/restorer Toy Polloi.

I worked on the leg replacement figure first.  The replacement leg was missing its peg joint, so I began by using my pin drill to create a hole deep enough for an axel to gain purchase, retain strength but not so deep as to breach the outer leg.  When the pilot hole was bored, I used some of my files to work the diameter needed to house its new axel.

I made some dry fitting runs enabling me to shorten the length of axel leg side.  I also clipped the central axel ring so the leg and torso would sit flush.  The axel was slotted into the leg and super-glued.  When dry, the leg easily plugged into its new home.

Moving onto the 2nd Luke, while he had no neck peg, there was also no hole as the peg remnants remained in situ and snapped flush at his neck.  I used my pin drill to bore the remaining neck peg to lever out.  Using files, I worked the remaining neck hole until it could accommodate the replacement Lego axle.  This took a while as the figures shoulder seam would flex open a little, working slowly and regularly checking the fitting as I didn’t want to damage the seams bond any further.

When the body’s neck was prepared I started working on the spare head.  Again this was not a hollow hole, the neck peg was in place and flush with the heads base.  This led me to believe this head and body likely belonged together.

I returned to by trusty pin drill and made several holes in the heads neck peg until I could get some leverage with long snouted pliers to remove.  As with the leg replacement, I made some practice passes until the length on the head end of the axle was correct.  I also removed the central ring again as this would impose a gap.  The Lego axle was fitted into the head then super-glued.  When dry the head was simply plugged onto the body.