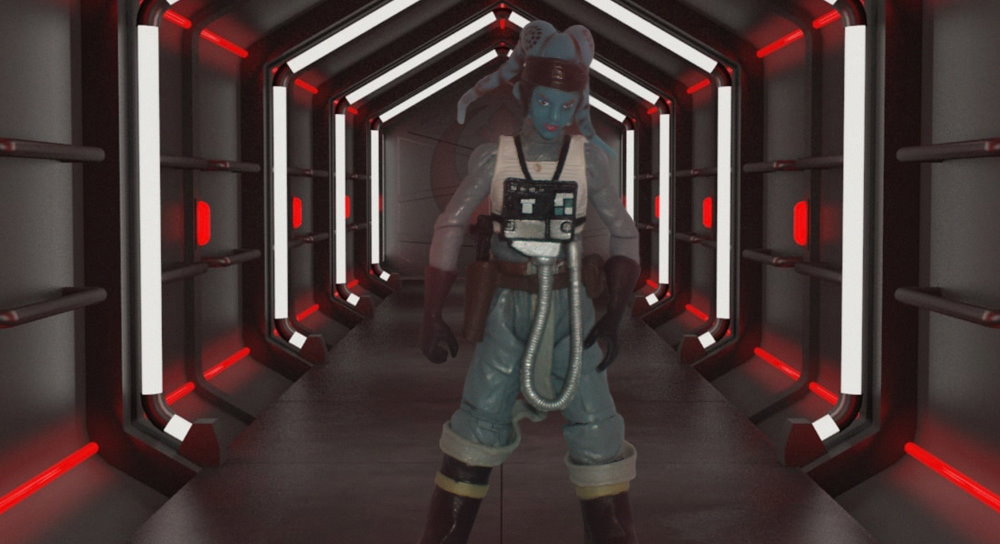 Regular readers will know I’m rather fond of Michael A Stackpole’s Rogue Squadron.

Stackpole’s tale treats readers with an intriguing illustration of uncharted Star Wars periods as witnessed through the experiences of an elite group of Rebel fighter pilots, which characters embrace both a variety of species and gender. 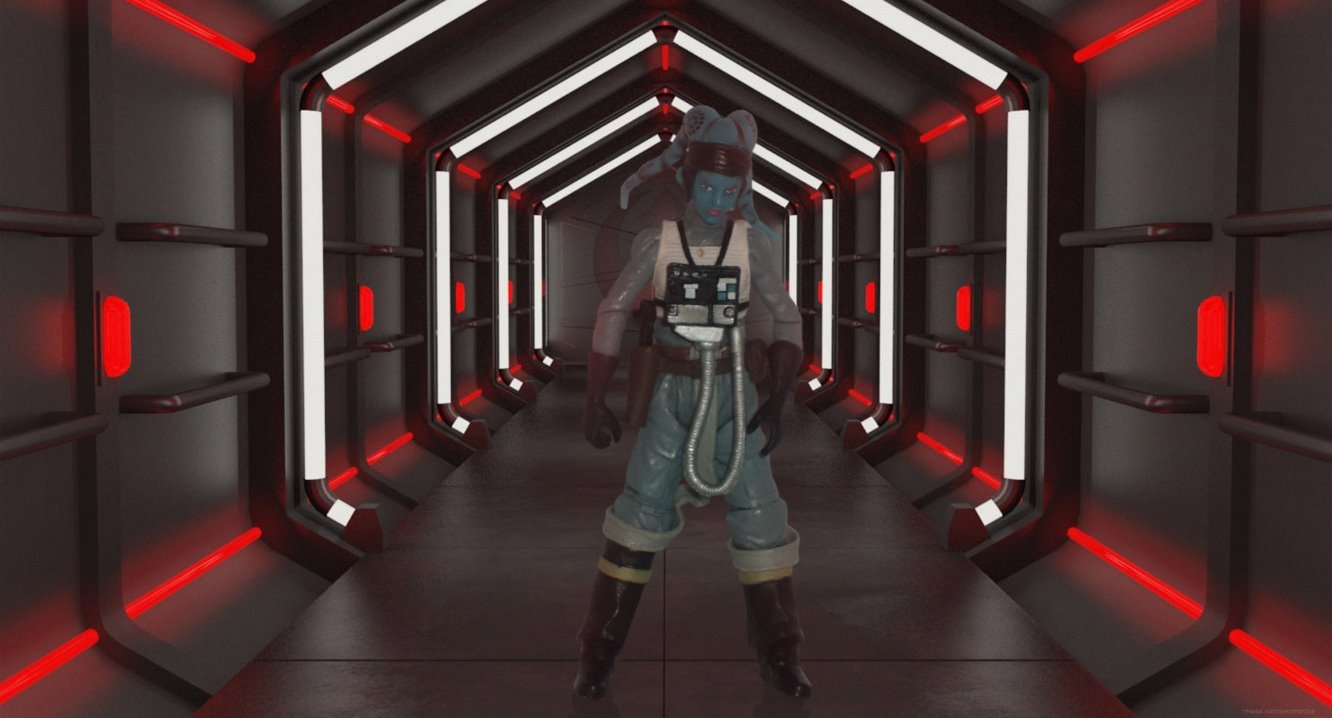 While the character recipe is something we have become more accustomed to through intervening years, Rogue Squadron was ahead of its time, as up until this point fighter pilots were depicted as male humans.  However, with Star Wars theatre being on a galactic scale, oppression inflicted by an exclusively human Imperial Force and not without prejudice even towards their own species, its impact engulfing a diverse range of life forms, a Rebellion Alliance including fighter pilots of all shapes and sizes would be fitting and most likely.

With inspiration once again drawn from Rogue Squadron’s diverse rank and range of Rebel fighter pilots, I began transforming concept towards custom.

Amongst my parts I sourced a Rebel pilot torso, a female in a grey flight suit, which was open and in two halves.  Whilst I’m no Robot Chicken’s Dr. Ball M.D, its condition suggested the former owner had prized the torso open for a customising project which will forever remain a mystery.  ‘Good Day Sir, I said Good Day!’

Although in two sections, this torso would form the basis for my new figure.  Thankfully, further scouring of parts revealed the two legs and arms which matched the torso, so game on!

Placing the back torso on my craft mat with innards facing upwards and exposed, I rested the loose legs and arms into their respective semi-circular joint recesses.

While Super Glue proves a good customising friend, for this project I opted for Cement Glue as the torso had a ragged sonic weld seam and I felt its melting/binding properties would prove beneficial.  This method eats plastic so if employed, less is more and go softly as you don’t want to deform your figure.  If in doubt, Super Glue will do a good job without the worries but perhaps needing a wee bit more tidying with filling before painting.

The Cement Glue was applied onto the lower torso’s damaged internal fixings then liberally along the sonic weld seam, taking care to avoid getting any glue on the limb joints.  The front torso was then aligned and lowered snuggly onto the back torso.  Holding the front and back of the torso together between thumb and forefinger, moving the limbs out of the way as necessary, using a dentist’s tool I worked around the seam ensuring an even spread and removal of any excess glue.  The torso was then held together under pressure with the help of a small spring clamp, which is useful as Cement Glue is a slower to cure than Super Glue. 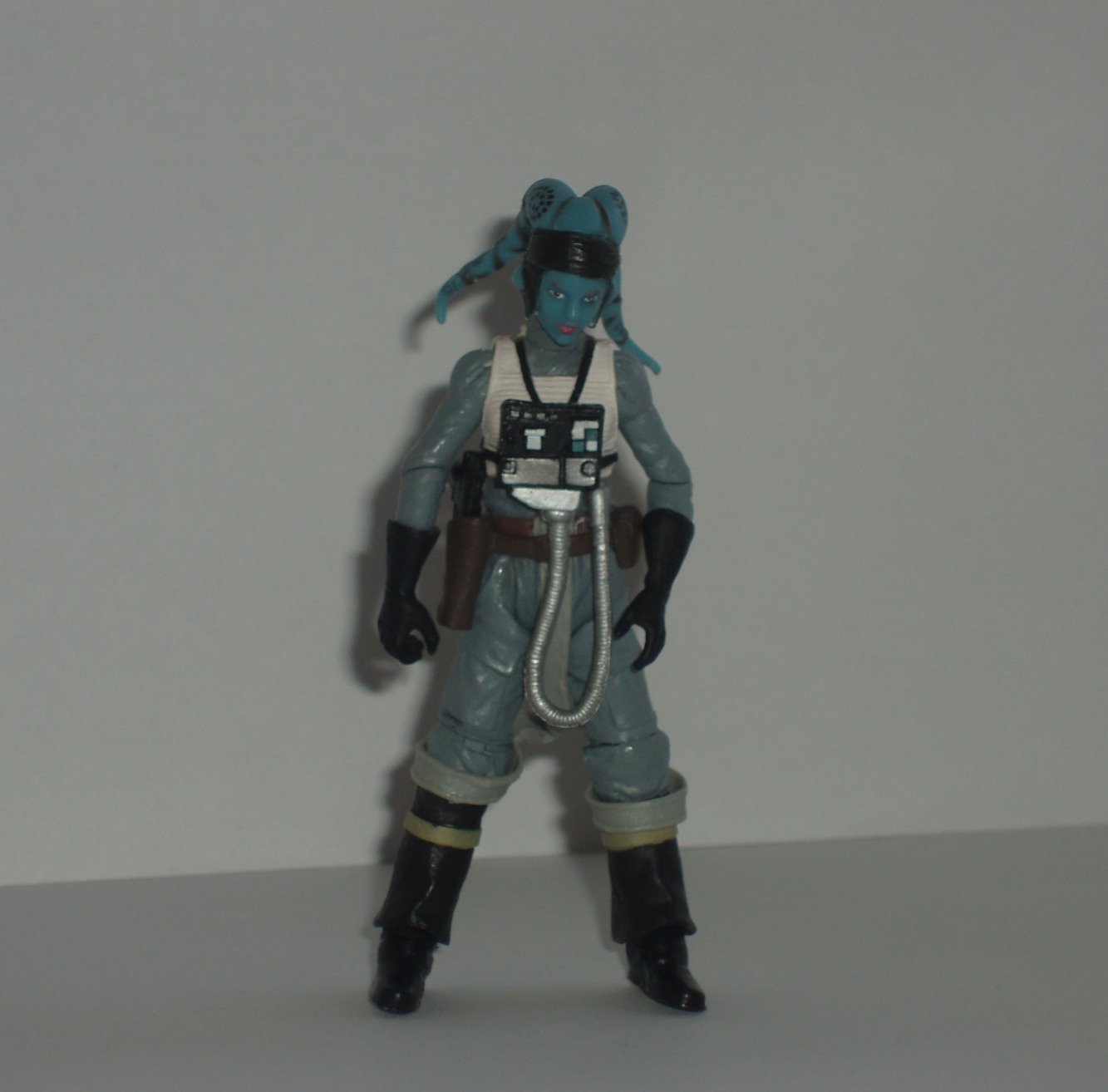 When the figure was dry, I examined the seam which did not require any filler such is the bonding benefits of Cement Glue.  Matt acrylic paints were matched to the grey flight suit and white vest masking any exposed orange plastic origins.

The figure was almost complete and just needed a suitable head, luckily I had the loose head of Jedi Aayla Secura, who shared her Twi’Lek species with Rogue Squadron member Cesi ‘Doc’ Eirriss, an appropriate way to complete this custom and pay homage to its inspiration.