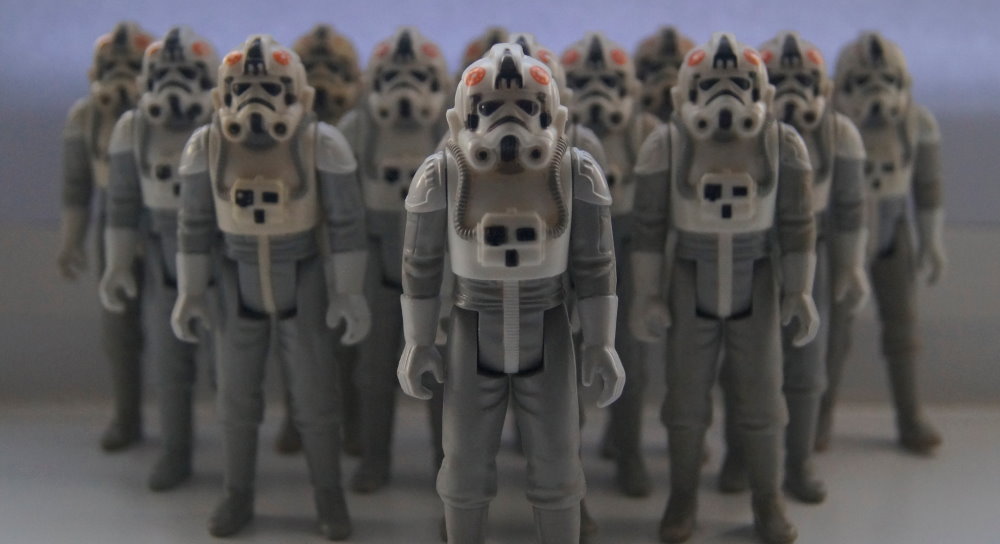 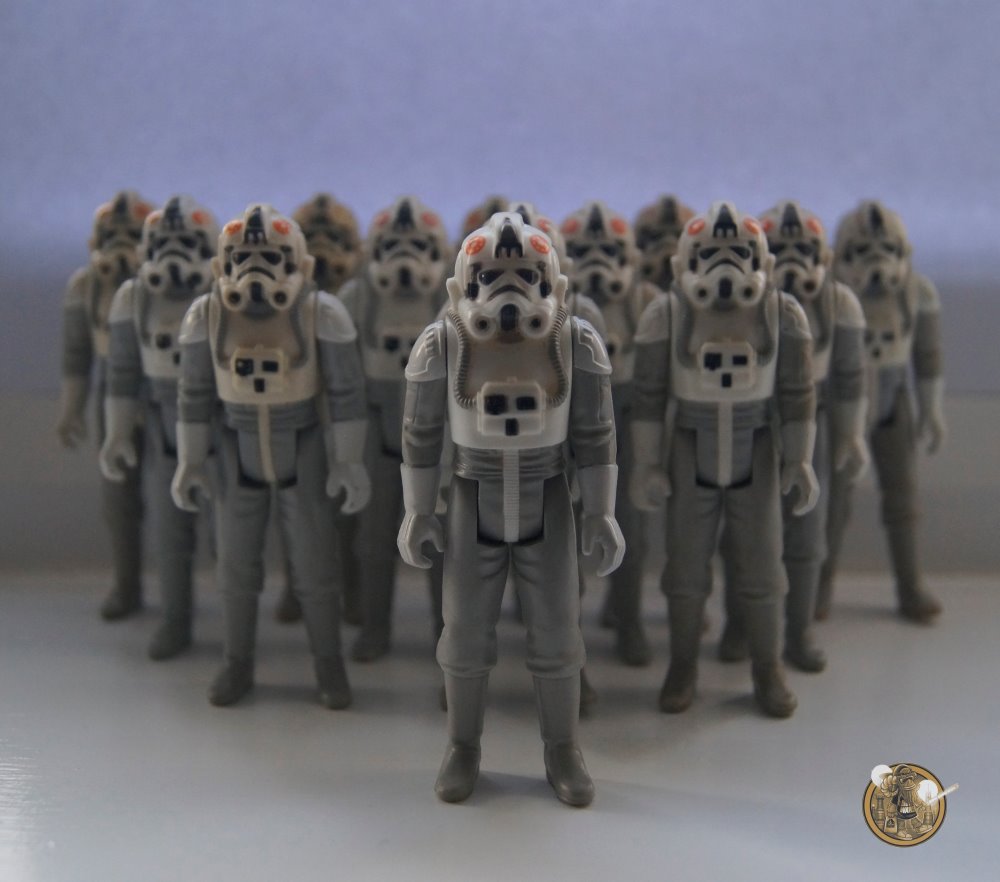 Many moons ago, in this galaxy, I promised my friend and author Javier Ruilopez, that I would share images of my vintage AT-AT Drivers and Stormtroopers.

This conversation followed my receipt of Javier’s first chapter of PBP/Poch Made In Spain Comprehensive Catalog which extensively covers images, variations and the history of vintage Star Wars figures manufactured in Spain.

I had been eagerly consuming this beautiful books references and, probably like many other readers, couldn’t resist comparing with my own collection.  Working through my loose collection of AT-AT Drivers and Stormtroopers hoping these might be reasonably easy to identify, alas there were no PBP/Poch figures.  It was fun searching and there’s still the prospect of figures housed in my collectors cases still to check.

The images shared within this article, which have patiently awaited these accompanying words, represent a lifetime of Star Wars vintage figure collecting.  A vintage army build fuelled by childhood memories of the massed ranks in Return of the Jedi or seemingly endless volumes of Stormtroopers figures on TV adverts.  After all, when it comes to Imperial ranks, the films and adverts taught us you can never have too many enforcing the Emperor’s peace across the known regions.

Like most kids of the vintage era, when collecting them all was financed by pocket money, duplicates were a luxury.  Sometimes birthdays or Christmases might produce the occasional surprise, but Luke wasn’t going to get much opposition from a pair of Snaggletooth or Snaggleteeth? 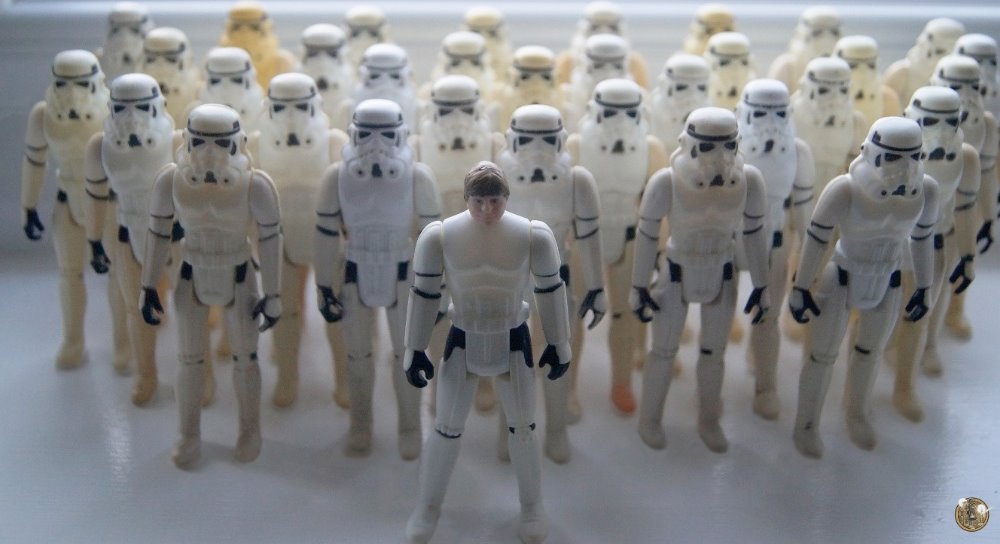 School lunch breaks presented the perfect opportunities for a knee-high entrepreneur to conduct intense negotiations with all manner of packed lunch goodies, stationary, marbles, toys or stickers, pretty much anything might be cobbled together and traded for the prospect of a desired figure.  Through this bartering I managed to acquire an additional Stormtrooper and AT-AT Driver, now having two of each Mr Skywalker sure had his work cut out.

Later in life when working and I could afford too, I would pick up the odd vintage figure or two, here and there.  This return to collecting proved personally fortunate too, with figures such as the last 17’s Luke in Stormtrooper disguise arriving in stores when I, sadly like many others, had moved onto other things.