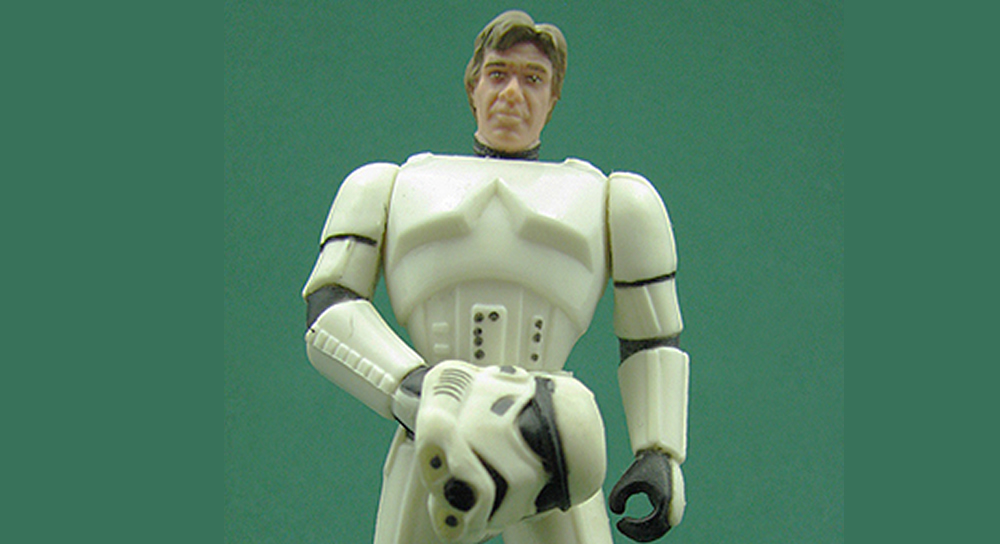 A question that we often ask our guests on The Vintage Rebellion podcast is “which action figure, vehicle or playset should Kenner have made that they didn’t make?”  By far the most common answer to this is Grand Moff Tarkin, with Rebel Fleet Trooper a close second.  Rarely do we get an answer that is a variation or updated version of a figure that was already made although we did recently with a suggestion that R2-D2’s pop-up saber could have been improved to actually look like a lightsaber.

Kenner released multiple variations of characters throughout the release of the original movies such as Luke (7 times) and R2-D2 (3 times) but some characters were only released once when there seemed scope for more, and surely more than another Ewok or an alien that appeared on screen for less than a second?

I’ve listed a few here that should have been upgraded to enhance our playability.

We already had figures with removable helmets such as Leia  Boushh

and Luke in Stormtrooper disguise but we had to wait until 1998 to get a Darth Vader with removable helmet.

This addition would have been awesome as a mail-in promotion to be made available after the release of Return of the Jedi.  Far more satisfying than knocking Vader over like a pawn in chess when duelling with Jedi Luke.

Jedibusiness.com list 89 different versions of Darth Vader and yet only one came from the Kenner era.  Surely the main villain from the original Star Wars deserved at least one major revision?

Luke in Stormtrooper disguise was released very late in the line and if it had continued there’s a good chance we’d have received Han too. The likeness of the head sculpt to Luke is pretty poor in my opinion but using original Han’s head would have worked very well if we received our favourite smuggler in disguise too.

Kelloggs offered a promotional deal in 1995 to acquire the first Han as Stormtrooper figure but unfortunately he suffered from the steroid injected body which the early Power of the Force figures did.  Unlike Darth Vader, however, there was a good range of Han Solo releases in the vintage line. 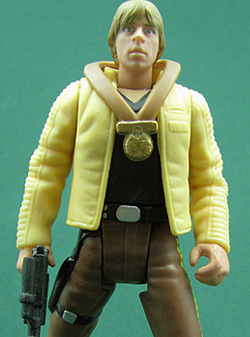 I can completely understand why this figure was not released.  By the time the contracts were signed between Kenner and Lucasfilm production was well on its way with Star Wars and 19 figures, including 2 Luke Skywalkers, was pretty impressive as is.  Subsequently Kenner had Empire and then Jedi toys to shift.  There were no Yavin playsets so I’m not sure of the popularity a Yavin Luke would have.  However, I personally would have liked to see a regular Luke released with a standard A New Hope style blaster and this figure would have been ideal.  The Luke X-Wing Pilot with blaster didn’t seem to fit well with me. 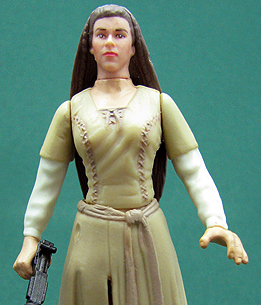 It was fantastic that Leia was well represented in the original line after all most of those involved in the making of Star Wars believed it was for boys aged 10-12.  The scene with Luke and Leia in Return of the Jedi before Luke leaves to confront Darth Vader is incredibly powerful and would have been a great scene to act out.  We had to wait until 1997 for a Leia in this style and it was a very poor effort from Hasbro in terms of quality and looks.

I think most of us would have used Boushh as a suitable substitute but I would have thought many of these would have sold very well to accompany the Jabba the Hutt set?

Was this action figure dismissed as it could have the potential to offend?  Again, we had to wait until 1997 for a ‘Slave’ Leia but this figure was far better than the Endor Celebration Leia released the same year.

Sandtrooper (or any kind of upgraded trooper for that matter)

If there is one thing that Kenner did well it is the representation of Imperial characters in their uniforms.  The different coloured Clone Troopers from Attack of the Clones must have been a dream for both children and toy makers alike with different paint applications turning a basic character into a Commander or other rank.  I was never allowed to own two of the same character as a child but a simple bit of orange paint on a right shoulder would have been enough to convince my parents that the Sandtrooper was a different character!  I would have probably used one as a leader of the Stormtrooper squad – albeit the squadron would still only have had one trooper in it.  In 1996 Hasbro did far more than just paint an orange shoulder with their release of the Sandtrooper.

As with most of my articles as soon as it goes live I always think of one or two more.  Which of the original figures do you think could have had another release?