STAR WARS NEWS IN A SINGLE FILE
Search
Home News Film, Music & TV “That would lead them back……home”: The Rise of Skywalker on Home Video 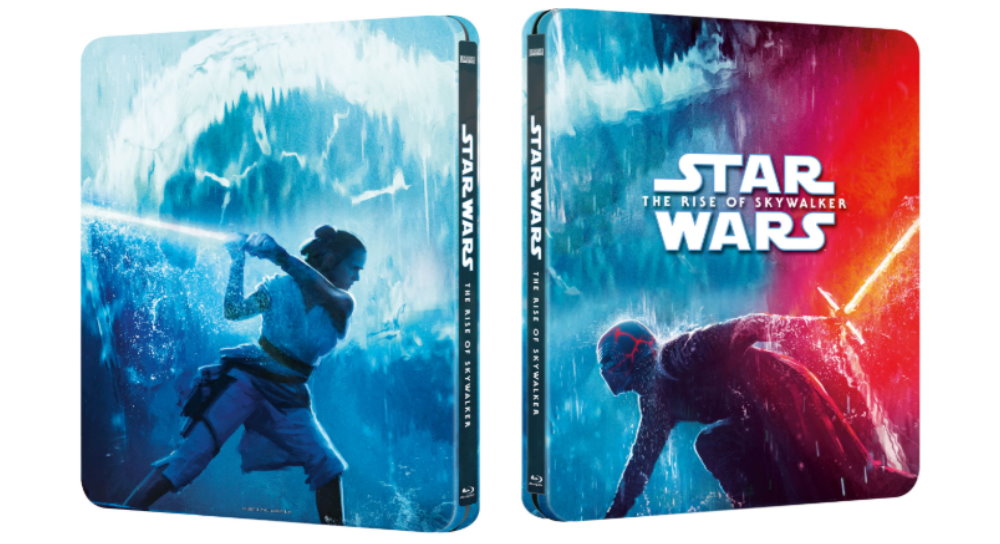 With the announcement that you will be able to complete your Star Wars movie collection in March, most retailers are now announcing (and taking pre-orders) for the films and the inevitable saga box sets.

The physical and digital releases of The Rise of Skywalker come packed with bonus material, including a feature-length, behind-the-scenes documentary and bonus features that take an in-depth look at fan-favorite scenes from the film.

Bonus features, which may vary by retailer, include:

Here we take a look at some of the UK exclusive editions and box sets being advertised.

The regular Blu-Ray is available with either a Resistance or First Order slipcase, as has been the norm for the sequel trilogy. These seem to be the same across all retailers, and prices currently are around the £15 mark, but check a few sites to be sure of the best prices. Several sites also offer a ‘price match’ so if the price goes down before actual release you’ll get the reduced price. 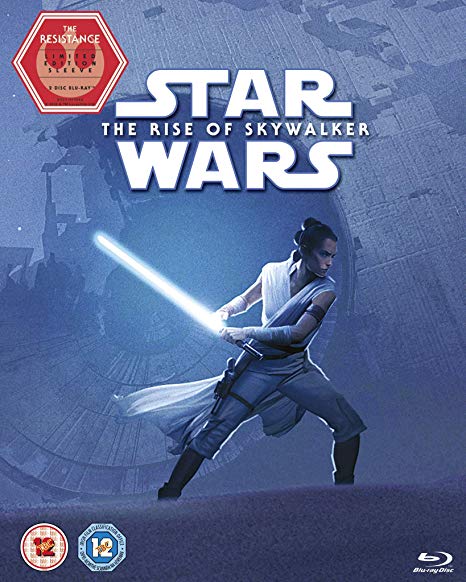 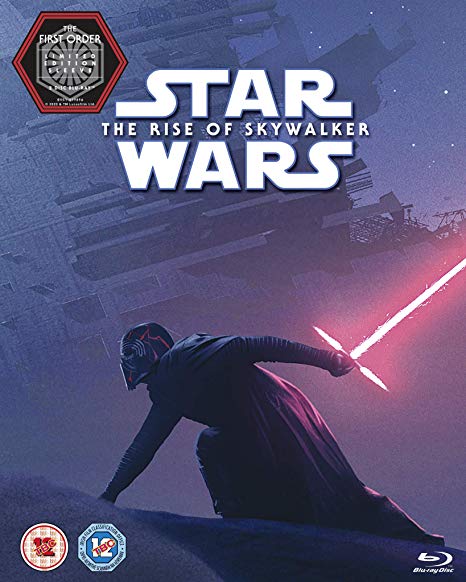 A familiar name to many, online retailer Zavvi have posted details of some exclusive steelbook editions of the film, and a collectors edition with some bonus collectibles and packaging.

The steelbook cover features the Rey and Kylo artwork 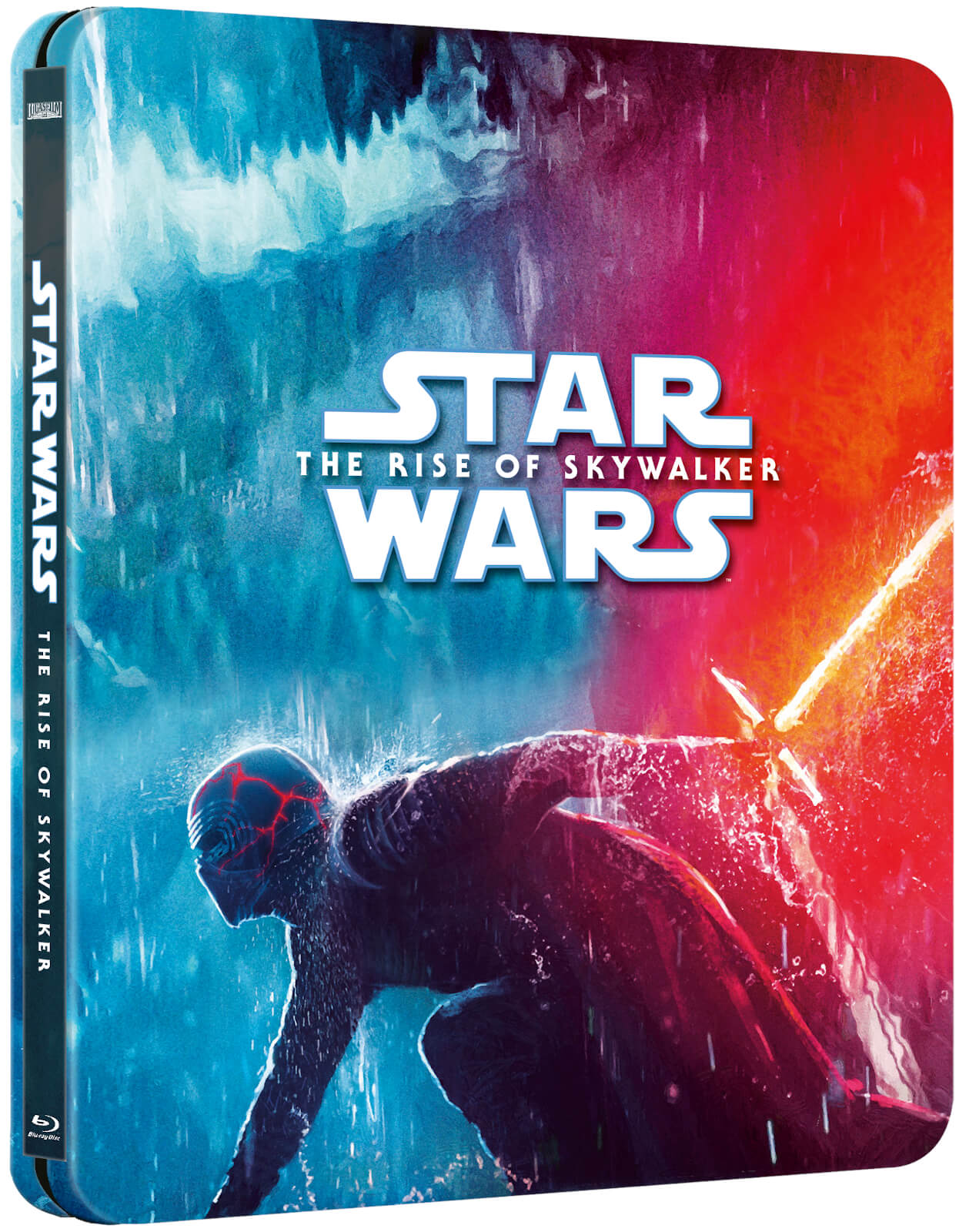 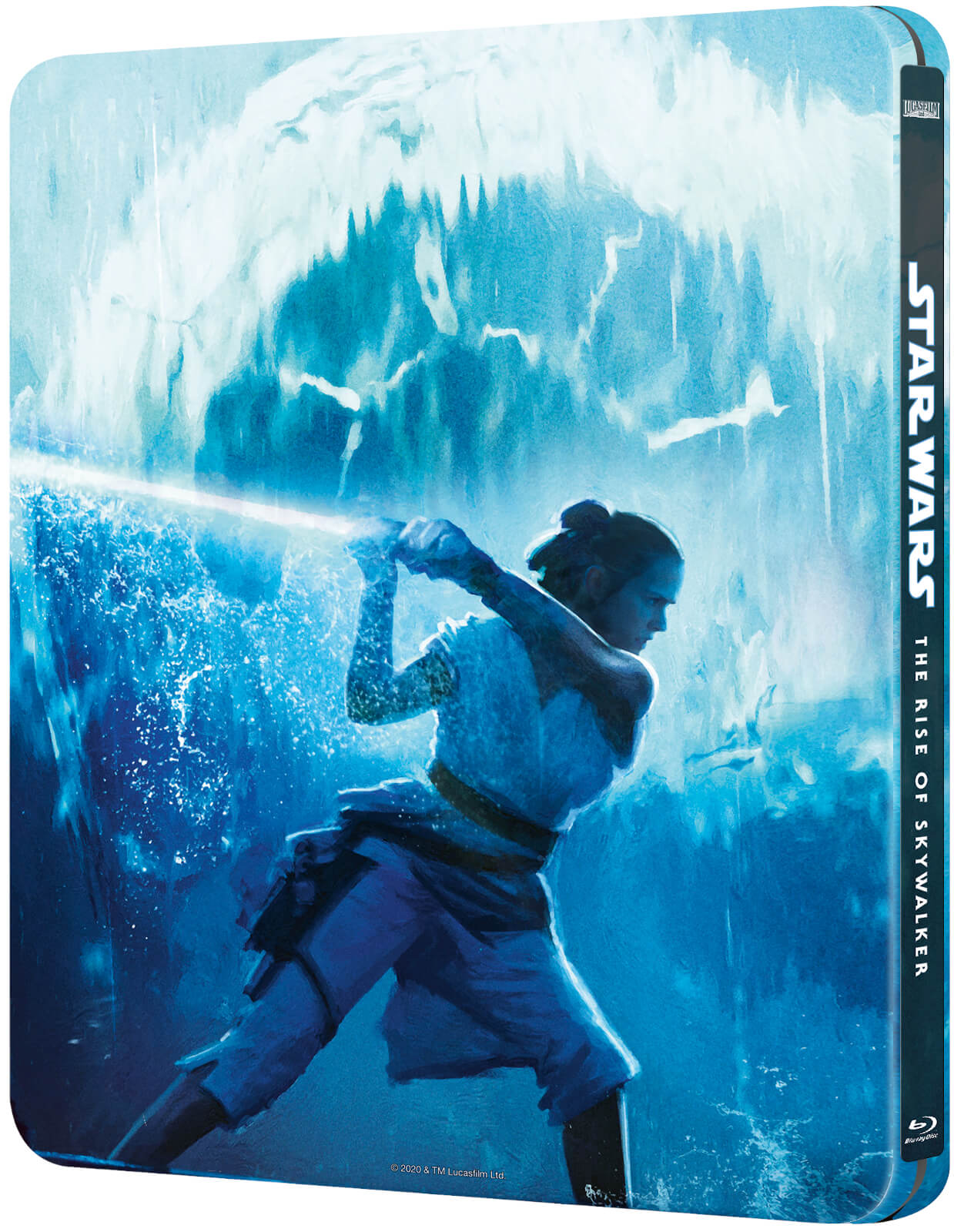 And the inside shows the Millennium Falcon cockpit. Zavvi steelbook Exclusive 4K Ultra HD Limited Edition Steelbook (Including the 2D Blu-ray and Bonus disc) is currently £32.99. They also have regular packaged 3D bluray for £19.99, and the 4k for £24.99.

Their exclusive collectors bundle features a stunning bespoke metal slipcase with embossed design detail. The vertical lift lid rises up to reveal stand up base that holds the steelbook, four art cards and two Dark Side collector’s pins  slotted inside. and is limited to 2,000 units wordwide. Meanwhile over at Amazon they have the regular DVD & Blu-Ray as well as the slipcase editions, and with The Rise of Skywalker bringing the saga to a close, the obligatory 9-film box sets are also available

The regular Blu-Ray box set comprises 18 discs, one for each film and a companion bonus disc for each one with 26 hours of bonus footage. The packaging for this looks really nice, with the discs collected into the three trilogy sets. 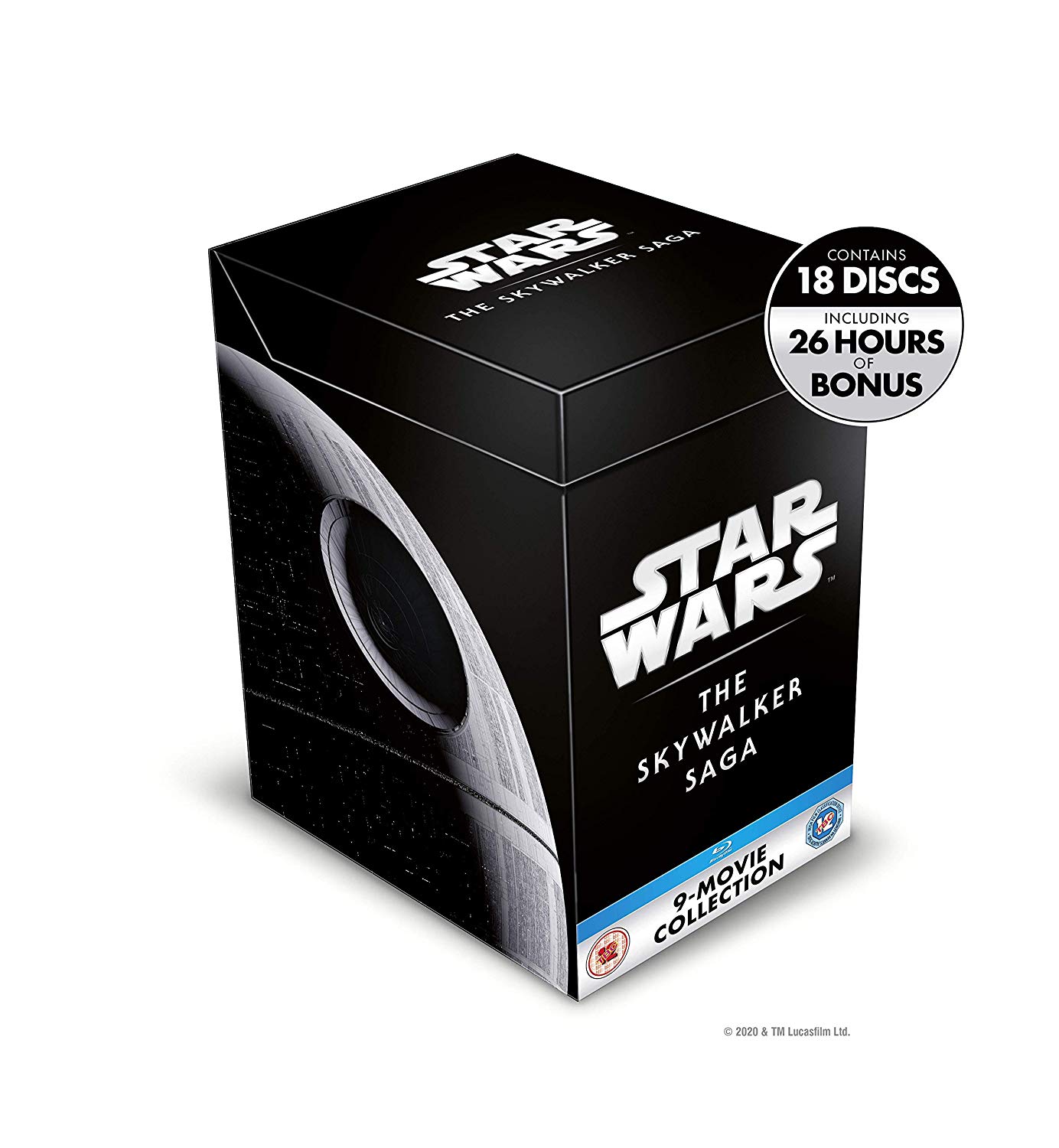 And if you have deeper pockets and the desire to own all 9 films in glorious 4K Ultra HD format, the 27 disc set is listed for £199. For that you’re getting the same as the 18 disc set (2D Blu-Ray of each film, plus the bonus discs (again in standard blu-ray definition)) but an additional 9 discs with the entire saga in 4K. Debate will no doubt rage over whether these should have been released as the original theatrical versions or the special editions, but the packaging for this set is truly stunning, and the only way to get the whole saga in 4K currently. 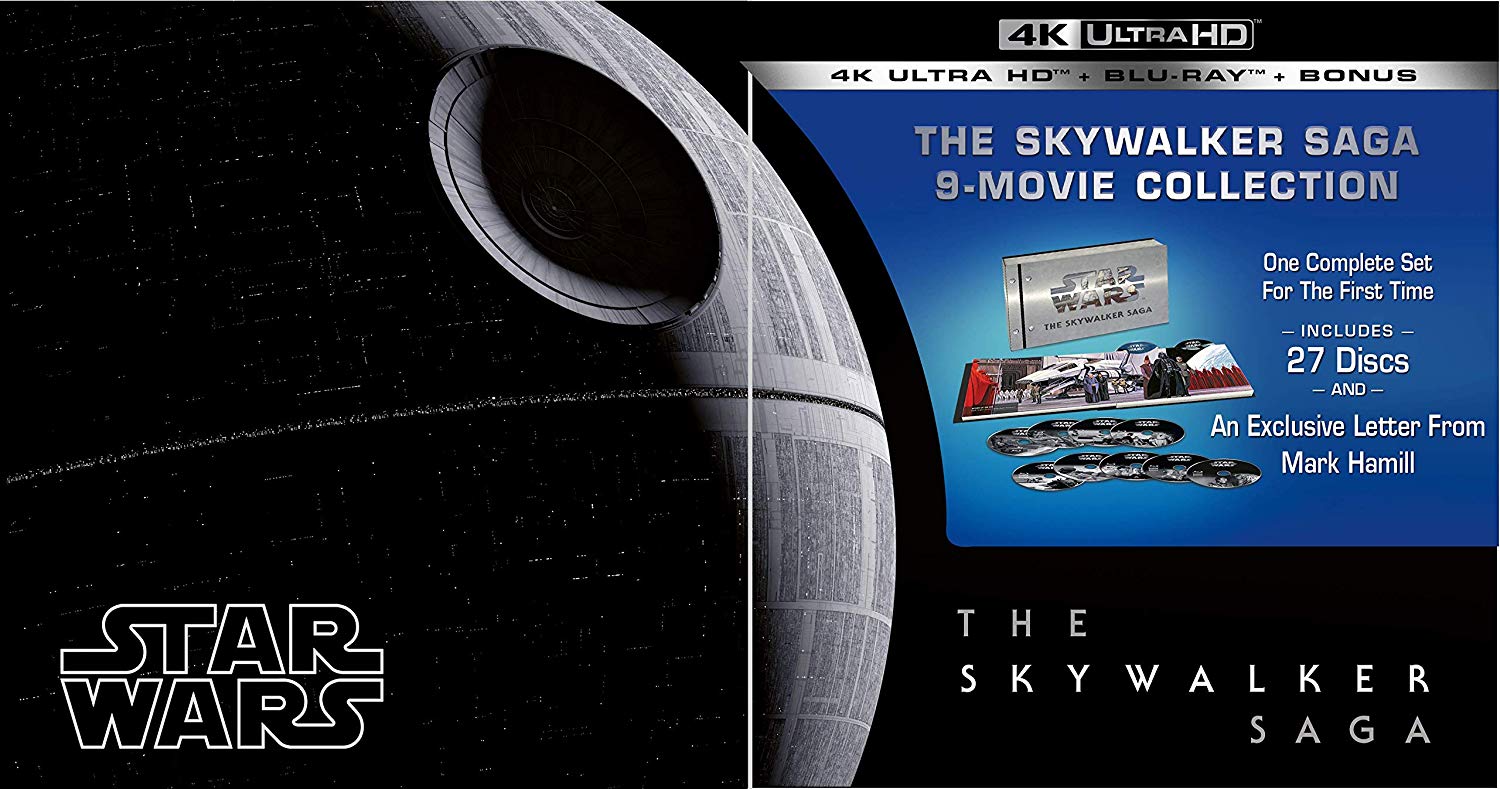 So with the Easter holidays in April, why not avoid stuffing your face with chocolate and settle down to gorge on the greatest film saga of all time….