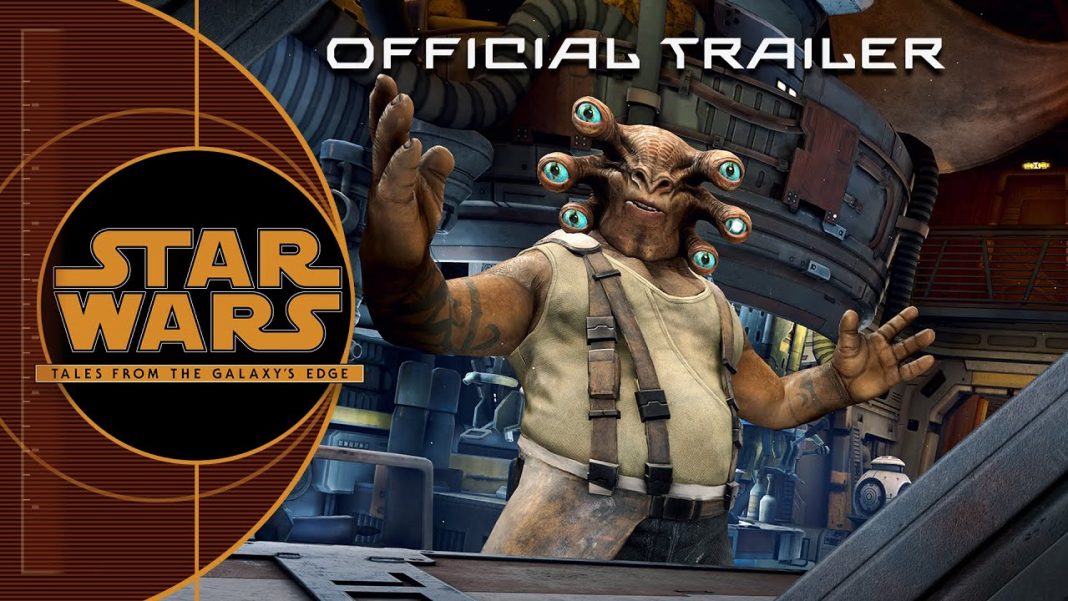 Great news as not only do we get to enjoy the new gameplay trailer for Tales From The Galaxy’s Edge, but it’s announced that the legendary Frank Oz has joined the project, alongside new characters such as barkeep Seezelslak, Droid Depot proprietor Mubo, members of the Guavian Death Gang, Artoo, Threepio and more.

October 21, 2020 – SAN FRANCISCO, CA. ILMxLAB, Lucasfilm’s award-winning immersive entertainment studio, announced today that Frank Oz will be reprising his role as Jedi Master Yoda in the upcoming virtual reality adventure Star Wars: Tales from the Galaxy’s Edge. The new experience, created in collaboration with Oculus Studios, will be released on the Quest platform on November 19th, priced at $24.99.

“Yoda is one of the most iconic characters in the Star Wars galaxy, thanks in large part to the incredible performance of Frank Oz. ” said director Jose Perez III. “Working with Frank to weave Yoda into the fabric of Star Wars: Tales from the Galaxy’s Edge was an unforgettable experience and a dream come true. I can’t wait for players to meet the Jedi Master face to face in our first exciting tale.” 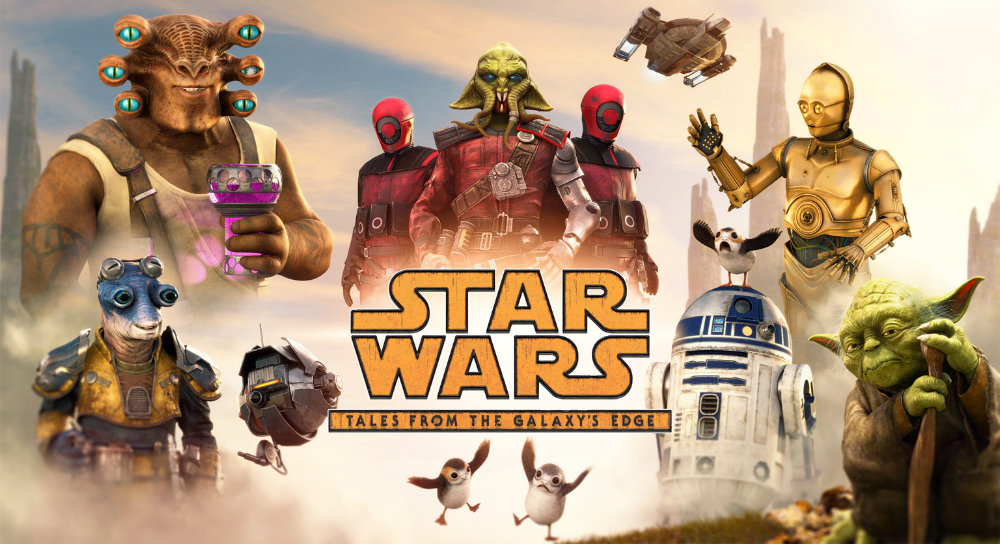 The experience takes place on the outskirts of Black Spire Outpost on the planet of Batuu, as depicted in Star Wars: Galaxy’s Edge, the immersive epic lands at Disneyland Resort in California and Walt Disney World Resort in Florida. Players take on the role of a droid repair technician operating near Batuu, and when a group of Guavian Death Gang pirates attack they’ll be forced to jettison the ship’s mysterious cargo and head for the escape pods. After crashing on the planet, they’ll discover never-before-revealed areas of Batuu, and discover that anyone in the galaxy can become a hero.

In addition to the main storyline, players will also be able to step into a never-before-told short tale about a mysterious Jedi temple on Batuu, where they will encounter Yoda and a new Padawan, Ady Sun’Zee. Players will be able to take their adventures even further in Part II of Star Wars: Tales from the Galaxy’s Edge, scheduled for release in 2021.

“Stepping onto Batuu at Star Wars: Galaxy’s Edge is a genuinely magical experience,” said Alyssa Finley, producer. “With Star Wars: Tales from the Galaxy’s Edge, we’re expanding the story beyond Black Spire Outpost, giving players the chance to discover never-before-seen characters and locations. It’s an immersive adventure that can only exist in VR.”

Star Wars: Tales from the Galaxy’s Edge will be available on November 19th for the Oculus Quest platform, priced at $24.99. StarWars.com: The new trailer gives us a ton more insight into what exactly our journey will be like when we step into Tales from the Galaxy’s Edge. How did you approach the multilayered storytelling while ensuring that everything was connected in a realistic way?

Jose Perez III: We always knew we wanted to tell a story that was anthological in a way. We always knew we wanted a bartender that was going to tell you stories that you would be transported away to. The big reason for that is we’re huge Star Wars fans and it gives us the opportunity to play in all the different eras in Star Wars, which is really exciting for us. I love the prequels, sequels, original trilogy, I love it all. I think that love and appreciation was something that was deeply rooted in our approach from the beginning.

One thing that became clear very quickly was that we needed some kind of story that was pulling us into that cantina in the first place and firmly grounding us on Batuu and in Black Spire Outpost, so that’s where the droid repair technician story came in. We felt that we really wanted to use that as an opportunity to introduce all these new characters that are already being talked about in the parks and are going to become a bigger part of the Star Wars galaxy.

Alyssa Finley: It’s all about that experience of being able to go to a cantina and pick what you want to do, whether it’s talk to the bartender and hear a story or play Repulsor Darts. [Laughs] We’re giving you freedom in this world, you’re not on rails, you can move around, explore, and pick the mission you want to be on at any given moment. I like that kind of storytelling, I like to be a little in charge of my destiny and where I want to go. That’s what I’m most excited about.

Tales from the Galaxy’s Edge out now