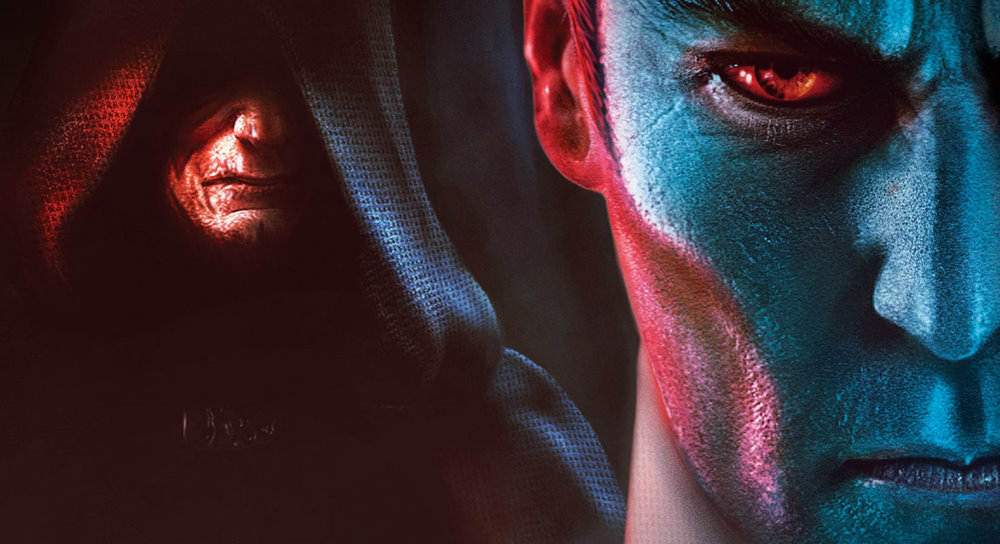 Thrawn: Treason by Timothy Zahn hits shelves 23rd July in the States, 25th here in the UK and io9 have this exclusive excerpt from the book.

It had all started out well enough, Lieutenant Eli Vanto thought as he paged through yet another data listing filled with delicate Chiss script. Thrawn had told him that the Chiss Ascendancy had vital need of his talents and abilities, and that he’d arranged for Eli to be quietly released from his current duty aboard the Chimaera. Eli had accepted the new assignment and left Imperial space, arriving at the rendezvous point Thrawn had sent him to full of hope and expectation, with the excitement of the unknown tingling through him.

I am Admiral Ar’alani of the Chiss Defense Fleet, the blue-skinned woman had greeted him from the bridge of her ship. Are you he?

I am he, Eli had confirmed, making sure to fill his voice with the mix of confidence and respect that had served him well during his years in the Imperial fleet. I am Eli Vanto. I bring greetings to you from Mitth’raw’nuruodo. He believes I can be of some use to the Chiss Ascendancy.

Welcome, Eli Vanto, she’d replied. Let us learn together if he was correct. 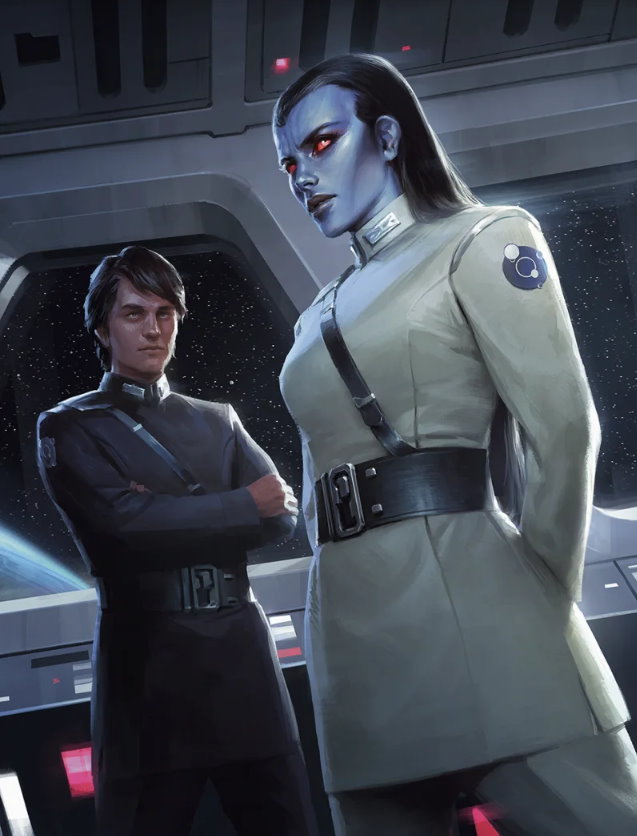 That had been over a year ago. In retrospect, Eli thought a little sourly, he should have realized from Ar’alani’s neutral words and tone that she wasn’t impressed.

His first act aboard the Steadfast was to receive demotion from Imperial commander to Chiss Defense Fleet lieutenant. No real surprise there—different militaries would hardly have equivalent rank systems. His second act was to be dropped into an intensive course in Cheunh, the main Chiss language. Again, no surprise—though many aboard spoke the Sy Bisti trade language Eli was fluent in, it was certainly unreasonable to expect everyone to bend to the needs of a single crew member. Especially a newcomer and an alien.

But in and through all of that, Eli had expected to be put onto some kind of leadership or command track. Instead, he’d been dumped down here in the analysis department, sifting data, looking for patterns, and making predictions.

It was something he was very good at. Even Thrawn, with all his tactical and strategic genius, had recognized Eli’s superiority at such things, and had utilized his skills to their fullest. In retrospect, it wasn’t all that surprising that he’d passed that information on to Ar’alani.

The problem was that as far as Eli could tell, none of the data he’d been tasked to analyze meant anything at all.

They weren’t listings of ship movements or cargo or smuggling manifests. They weren’t groups of personnel, or alien troops, or alien operations. They weren’t even anything internal to the Steadfast, patterns of power usage or data flow or something else designed to spot flaws in ship’s functions or to predict imminent system failures.

To be honest, the whole thing felt like busywork. Eli had always hated busywork.

Still, Ar’alani struck him as a subtle sort of person. Maybe this was a test of his patience, or his willingness to enthusiastically obey even orders that seemed to make no sense. He’d certainly gone through a lot of such scenarios with Thrawn.

And really, it wasn’t like the tour had been all routine. There’d been a seriously nasty skirmish with the Grysks and some of their allies near the Imperial edge of the Unknown Regions, which had made for a very interesting couple of days. After the excitement subsided, he’d hoped things might pick up a little.

To his disappointment, they hadn’t. In fact, in many ways they’d actually slowed down. 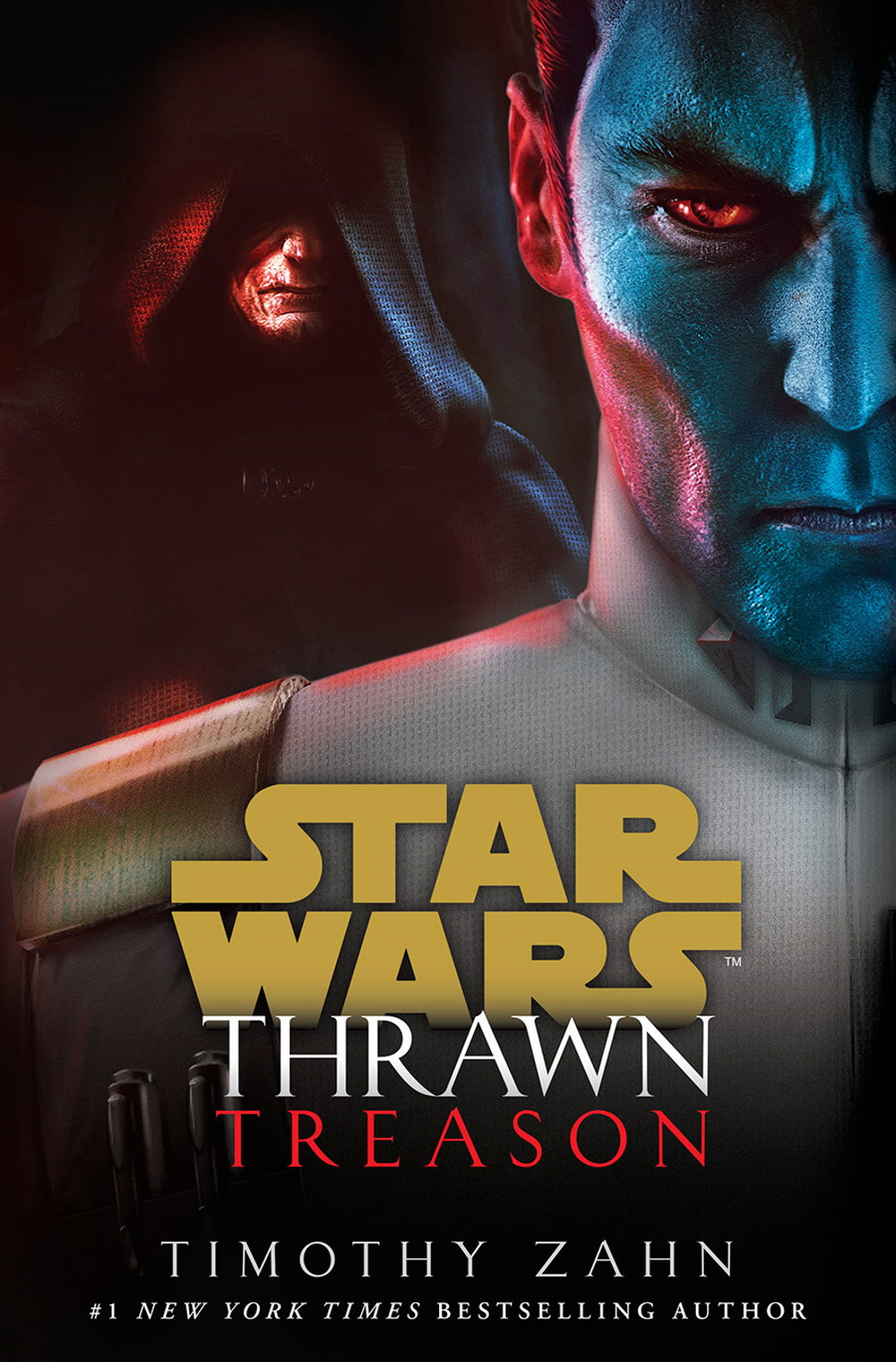 Which wasn’t to say the Steadfast wasn’t in danger. On the contrary, it was in about as much danger right now as it had ever been.

The intercom at his station gave a little three-tone warble. “Lieutenant Ivant, report to the bridge immediately,” First Officer Khresh’s voice came over the speaker.

“Acknowledged,” Eli called back, mentally rolling his eyes. The vast majority of Chiss names were composed of multiple syllables in three distinct parts, the first of which identified the person’s family, the second of which was the given name, and the third of which reflected some social factor Eli hadn’t yet figured out. Since using multisyllable titles all the time could seriously bog down conversations—and worse, timely military orders—the normal convention was to use core names for everything except in the most formal situations.

But there were a few exceptions to the norm. Admiral Ar’alani herself, for one, apparently had only a two-part name and no core name at all. The ship’s navigators, the young Chiss girls gifted with Third Sight who used their ability to guide the Steadfast through hyperspace, also followed that pattern. Eli also hadn’t figured out why they got the same naming convention as senior flag officers.

Early on, Ar’alani had explained to her officers and crew that Eli was another such exception, and that he should be addressed as Lieutenant Vanto or Lieutenant Eli’van’to. But for most of them the explanation didn’t seem to have taken. Someone had taken Ar’alani’s conversion of Eli Vanto into a standard three-part Chiss name, then created a core name out of the middle of it, and the name had stuck.

At first, Eli had wondered if it was a subtle insult, either to him or to the admiral who’d brought this alien into their midst. But Ar’alani hadn’t taken offense at the flouting of her order, at least not in public, and eventually Eli decided to treat it as their way of accepting him as one of their own.

And it could have been worse. If he’d been unwise enough to tell them his middle initial—N—the name might have become Invant, which was way too close to Infant for comfort.

He was halfway to the bridge, passing the standard green- and blue-rimmed compartment doors, when the double-red-rimmed door to the navigation ready room a dozen meters in front of him slid open. One of the navigators stepped out into the corridor and turned toward the bridge.

Normally, seeing the back of a navigator’s head wouldn’t have given Eli a clue as to who she was. All of the Steadfast’s navigators were girls, nearly all of them between the ages of seven and fourteen, when Third Sight was at its strongest. On top of that, they tended to keep to themselves, and in all his time aboard he’d only met three of the five.

Vah’nya was the exception to all the rules. She was twenty-two years old, and unlike the children who shared her job she felt perfectly comfortable mixing with the rest of the adults aboard. Eli had seen and talked with her on a number of occasions, and had found her congenial company.

She turned to face him, a small smile touching her lips as she saw who it was. “Hello, Lieutenant Eli,” she said. “What brings you to this part of the ship?”

“I’ve been ordered to the bridge,” he said, eyeing her closely. Not just good company, but also highly intriguing. Though her Third Sight was slowly fading, as it did with all navigators, even at twenty-two she still had greater skill than all but one or two of the younger girls.

He’d looked into it a bit, and as far as he could tell no one knew why her ability had lasted this long. But then, with the whole Chiss navigation system a deep, black secret, it wasn’t surprising that it hadn’t been very well studied.

On top of all of Vah’nya’s other interesting qualities, she was the only person aboard he’d been able to persuade to call him by his real name. That alone would have earned her high marks in his book.

“No, not at all,” Eli said, feeling his face warming. He wasn’t entirely sure of the protocol regarding fraternization among the officers and crew, and he had no intention of learning about it the hard way.

“Too sad,” Vah’nya said, in a tone that could have been mild sarcasm or complete sincerity. “Did Junior Commander Velbb say what it was about?” she added as the two of them continued forward.

“Really?” she said, frowning. “That is unusual.”

“I know.” Eli gestured to her. “What about you? Are you coming on watch?”

Eli wrinkled his nose. She had that right. Barely three hours after the Steadfast arrived in this system, Ar’alani had ordered a hard shutdown of the entire ship, a stage below even dark stealth mode, cutting unnecessary power use and all emissions, including active sensors. She’d given the ship one final burst from the drive, and from that moment on they’d been drifting, dark and silent, through the loose asteroid belt three hundred million kilometers from the system’s sun.

That had been nearly a week ago. Eli had checked the ship’s position, and studied the passive sensor reports, and he still had no idea what they were doing here. His best guess was that they were still following the ship they’d been tracking ever since leaving the Unknown Regions and that Ar’alani was afraid of spooking it.

As well she might. They were a long way from Chiss space and the various vague threats arrayed against them. This was a system deep within the Galactic Empire.

And the threats here were anything but vague.

Win a copy of Thrawn: Treason in The Star Wars Zone at London Film and Comic Con

StarWars.com: Get a first look at Thrawn: Treason