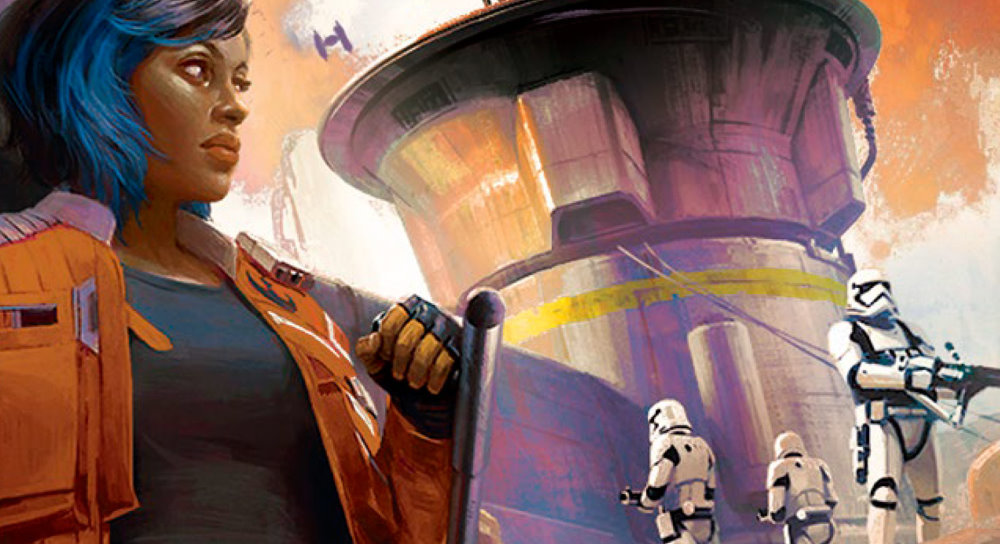 Star Wars Galaxy’s Edge: Black Spire lands on bookshelves on 27th August and io9 have the second exclusive excerpt from the book, which sees Vi Moradi meet Oga Garra, the owner of the infamous Oga’s Cantina.

“Where the hell have you been?” came a raspy, gurgling voice that somehow managed to chill Vi to the bone. The language was Huttese, which of course Vi understood.

A figure stepped out from the shadows—a Blutopian, Vi knew, thanks to her extensive training on alien species.

“That’s Oga Garra,” Salju whispered, surprised. “It’s a rare thing, seeing her out and about.”

Oga, like all Blutopians, was a curious sort of person to human eyes. The local crime boss had wrinkled, leathery skin that faded from gray to a fleshy salmon, and her mouth was a mess of pinkish tentacles that constantly moved in a peevish sort of way and reminded Vi of a can of angry worms. Her back was hunched, but her flipperlike arms had thick hands that looked capable of crushing skulls. She wore a belted tunic and vest that Vi was certain had come from Arta’s shop, along with cargo pants and brown boots. Her eyes were small black dots, but she somehow managed to look crafty—and dangerous.

Up on a balcony, a Wookiee had emerged from the arched door of an apartment and seemed to be the focus of Oga’s wrath. The Wook­iee’s hair was mussed, he was in the middle of buckling on a bando lier, and despite his general lack of expressive facial features and her tenuous grasp of Shyriiwook, Vi could tell he was embarrassed . . . and frightened.

“Taking an afternoon nap? In the room assigned to that new Ro­dian waitress, Meeba? The same one I saw you giggling with in the back booth last week, when you assured me you were merely discuss­ing the going rate for Corellian champagne?”

“Well, what was it, then? Were you fixing the bathroom for her or . . . oh, I don’t know. Navigating some other sort of personal plumbing issue?” 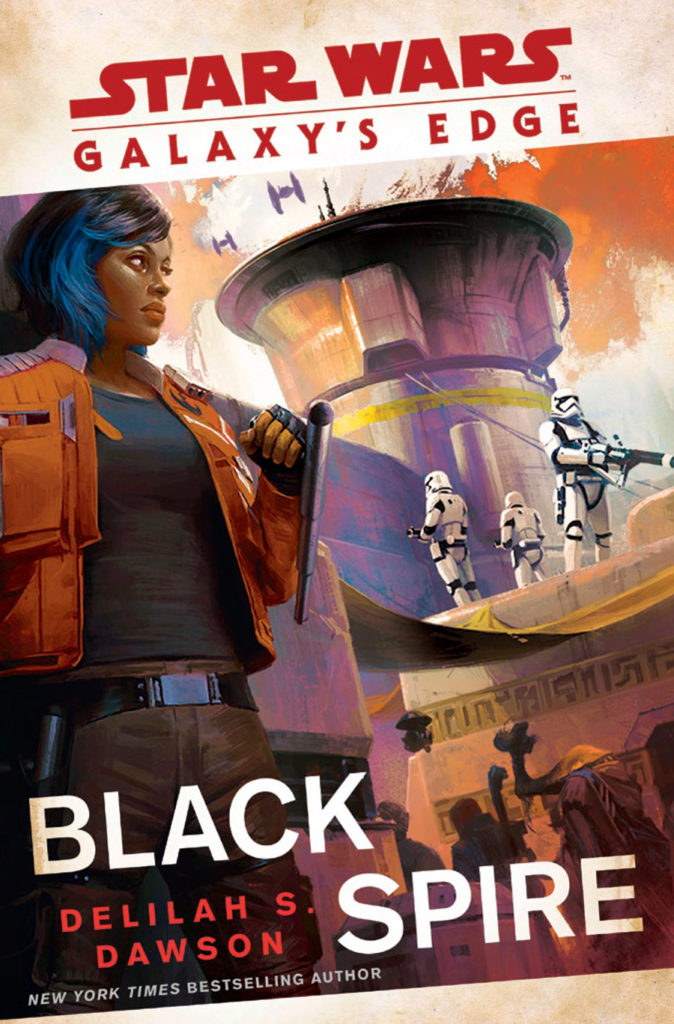 Whispers had started up, and the Blutopian spun around, blaster ready.

“This is between me and Dhoran,” she warned them. “I can’t make you leave, but I can accidentally shoot you.”

The locals didn’t seem to understand Huttese, but the sentiment was clear in any language. Their whispers went silent, and several of the more timid folk blended back into the shadows or scuttled be­hind half-closed doors to continue watching.

“Rrhhhhhogah?” the Wookiee crooned, putting his hands on a low metal railing and leaning down as if to give his lady love a flower and beg for her favor.

Oga turned away, waving a hand as if to disperse him. “Don’t you Oga me, you walking catastrophe. Get off my planet and don’t ever come back or I’ll mount your head on the bar with the droids.”

Dhoran stood back up and smoothed the hair around his face. “Huhn. Greh.” Vi didn’t know much Shyriiwook, but that sound of scorn and dismissal was about the same in all languages.

Without another word, Oga spun around and shot the Wookiee in the chest.

Dhoran’s hands—or paws, Vi didn’t know what was under all that hair—clutched at the smoking wound. The Wookiee’s eyes went wide with surprise and he gently toppled over the rail, breaking the aged metal as he tumbled into space and fell with a heavy thump at Oga’s feet.

The Blutopian knelt, pinched him somewhere, and muttered, “Good riddance.” Then, almost to herself, “Why do I always fall for the big, hairy bad boys?”

A new figure appeared in the open apartment door. The tall female Rodian was wrapped in only a small pink towel, but she screamed bloody murder as she stared down at the dead Wookiee. Oga glanced up briefly, aimed her blaster, and shot a bolt within centimeters of the Rodian’s antennae.

“You’re fired. Get out of here. I’m keeping this week’s wages as your formal apology.”

The Rodian disappeared, and Oga silently looted her former lov­er’s body. She slung his bandolier over her shoulder and stood.

“Anybody who doesn’t want to eat lasers should probably stay out of my way today,” she said.

Everyone found something else to look at or somewhere else to go, and the Blutopian disappeared into the shadows around the edge of the cantina, her shoulders hunched. Vi noted the direction, reason­ing that if she ever needed to face the gangster herself, she would find an entrance in that area. The busy market went back to normal, but the sort of normal that involved completely ignoring a smoking Wookiee corpse.

“So that was Oga,” Salju said again. “And you definitely don’t want to talk to her today. Maybe not this week. Or month.” 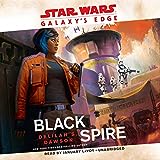