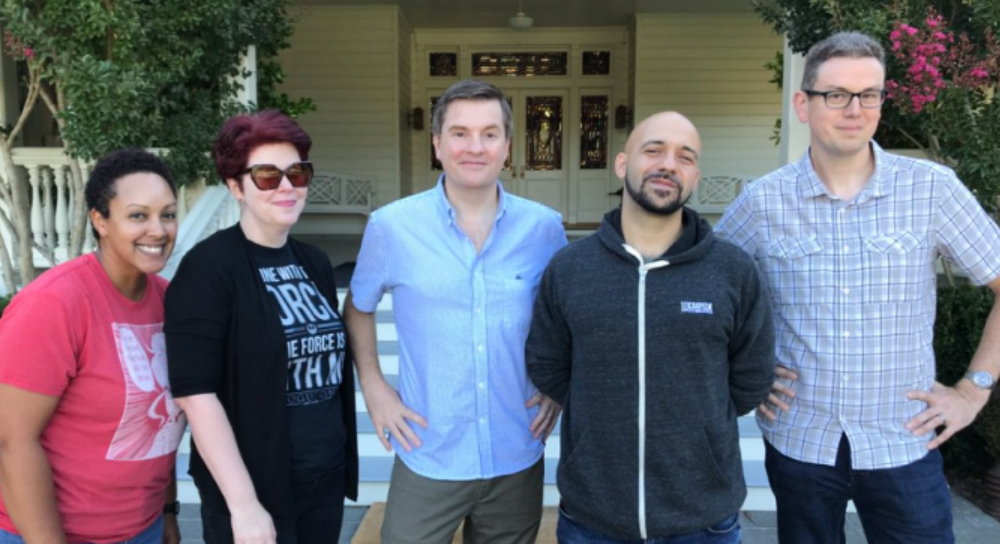 Sunday 14th April at 4.00pm saw Cavan Scott join us on the Celebration Chicago podcast stage as our guest on Making Tracks, where Brian Cameron interviewed the increasingly busy author about a multitude of projects. There, we learned for the first time that the next Star Wars Adventures annual will feature Lando Calrissian and Jaxxon, and that episode of the show will drop later on today on both Fantha Tracks Radio and Fantha Tracks TV.

However, during our chat no mention was made of this – the super-secret Project Luminous.

Below is the video where Project Luminous was announced for the first time.

Over at his own website, Cavan gives a little bit more detail on how Project Luminous came together, and where the ideas were chewed over. 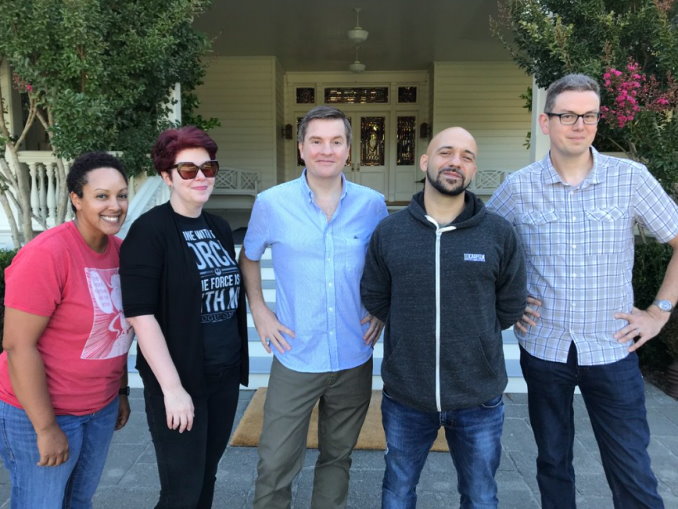 It all started when I was invited to take part in what was then being called the ‘All-Star Initiative’ by Lucasfilm Publishing’s Creative Director, Michael Siglain. Mike dropped the bombshell over breakfast at San Diego Comic Con and swore me to secrecy. At that point, I had no-idea who the other writers would be, although in time they turned out to be Claudia Gray, Justina Ireland, Daniel José Older and Charles Soule. A few months later, in September 2018, the five of us were whisked off to the legendary Skywalker Ranch in California to join the Lucasfilm editorial team and Story Group to start work on Mike’s vision for a massive Star Wars event.

This was the first of two trips, the second happening in March this year. It’s fair to say that Skywalker Ranch is a magical place. Highlights of our times at the Ranch include a visit to the beautiful Lucas Research Library, displaying just some of the 35,000 titles in the collection which span from the 1800s to the present day. Then, there was watching A New Hope on the first trip and The Empire Strikes Back on the second, both remastered in 4K and viewed in Soundwalker Sounds incredible art-deco cinema, complete with Sith statues direct from Chancellor Palpatine’s office.

But it wasn’t all play. Both Skywalker retreats featured days of intense workshops where we came up with new ideas and broke story, the most exhilarating writer’s room in the world. And while the days were busy, the evenings were cosy, sitting next to a roaring fire in the Ranch’s guest inn, discussing the day’s events and discussing writing, music, films and… well… everything.

We will be sure to stay on top of the developments regarding Project Luminous, so don’t go anywhere.