Chatting with Rotten Tomatoes about his five favourite movies, the conversation with Temuera Morrison naturally turned to The Book of Boba Fett, and while he dodged direct talk of the new series he was happy to discuss what’s already out in the world, his appearances in The Mandalorian season two, and then revealed that we will be seeing Fett in the past in what would appear to be flashback scenes in the new show.

Rotten Tomatoes: Will we see more of that Boba Fett, the hand-to-hand fighting Boba Fett, in the new series?

Morrison: Well, we can’t say too much, but we’re going to see his past and where he’s been since The Empire Strikes Back. Somebody pointed out he’s been kind of stuck in this one place, and now’s the time to actually go back in time and check out his journey and find out more about him.

But yeah, that was the advantage for me, was that we hadn’t seen him do much. And along with Robert Rodriguez as director, we were able to sort of introduce him in a dynamic way, bring him back in a dynamic way alongside the Mandalorian. It was just an honor to be asked back.

Hey, it could have gone anywhere. It’s a new time, and I think they’re looking for fresh faces. And of course, again, it was either Dave Filoni or Jon Favreau probably meeting, and then had a few discussions. I was just kind of quietly thrilled when I did do the meeting. I saw a couple of concept photos on the wall and there was a guy that looked very, very similar to me. And I kept saying, “Is that me? Yeah, it must be me. Yeah, it is me!” 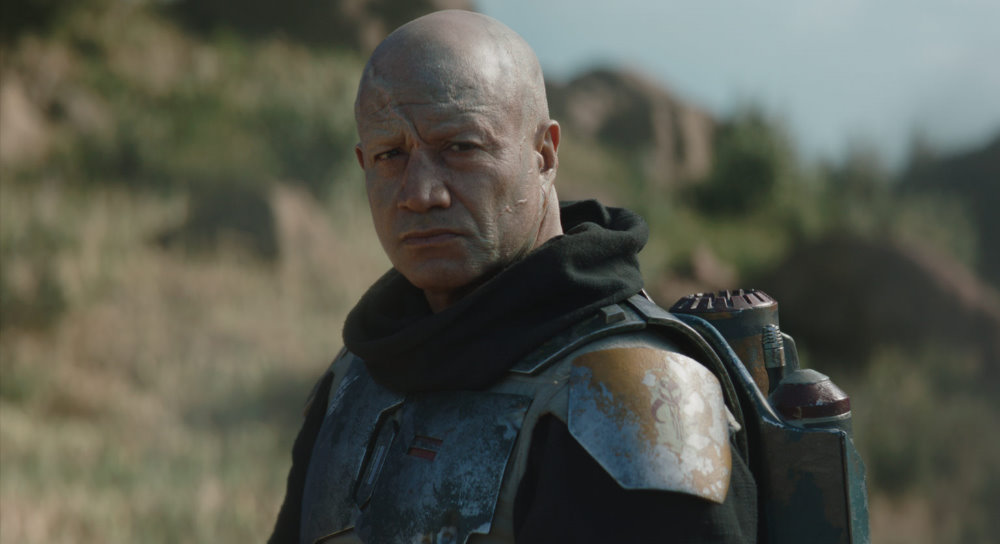 And then of course, after having a good meeting with these guys and they outlined a few things, it was just wonderful. Again, it was nice to work with these people, and it was just a great opportunity. They brought Robert back in to direct a few more. There’s some wonderful directors involved. It’s hard work now, what we do now, a whole new system, with COVID in place, health and safety regulations.

I just hope I meet the expectations, because you can somehow kind of feel those things. You asked me that question earlier about Occupation – could you feel or sense anything, but definitely on The Book of Boba, you can get more of a sense and a feeling for if it’s working or not.

So I think with being involved with that last series of The Mandalorian and having a reentry, it has created a little bit more expectation. But yeah, I feel good. We’ve done some good work.

Tem refers to “where he’s been since The Empire Strikes Back” where he likely means Return of the Jedi, but either way with fan expectations high it looks like The Book of Boba Fett is shaping up to answer a lot of longstanding questions.

Star Wars The Clone Wars Character Encyclopedia: Join the battle!
$10.48
Buy on Amazon This is a paid link. Learn More. Clicking the link may take you to the Amazon store servicing your country Price incl. tax, excl. shipping.  Details correct as at: 2021-07-25

Temuera Morrison on The Book of Boba Fett: “We’ve got some great directors onboard”

Temuera Morrison on filming The Book of Boba Fett: “I’ve been away for seven months”

The Book of Boba Fett: Principal photography complete on season one?

The Book of Boba Fett: Buccaneer and the Temuera Morrison hoodie

Temuera Morrison: “I’m working on The Book of Boba. Keep it quiet though.”

Jon Favreau on when Ahsoka and Rangers take place: “right after Return of the Jedi”