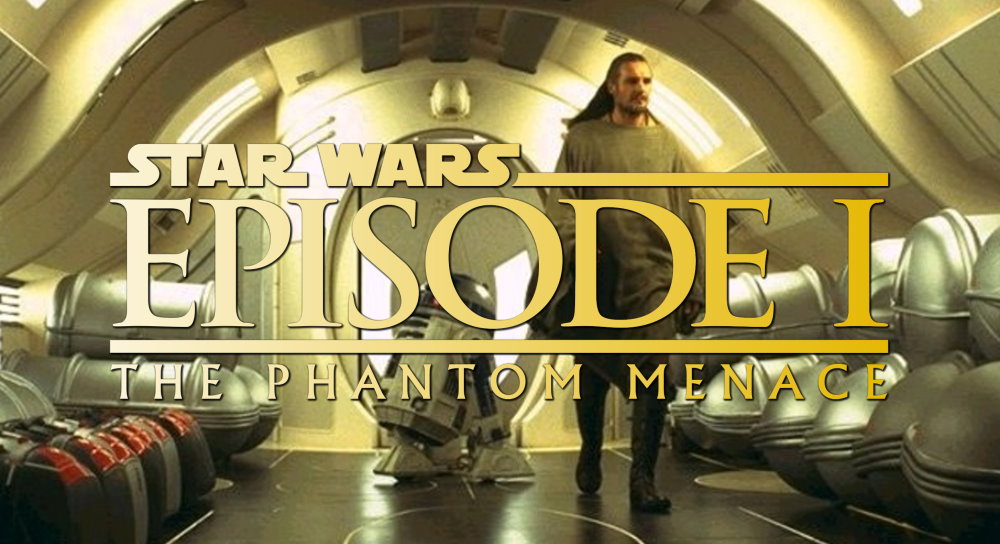 JEDI DIPLOMACY
As an early warning to the gas entering the room with the Jedi ambassadors, a bird in a cage were to drop dead. These birds have received the name Pylat birds ever since the Episode 1 Visual Dictionary by David West Reynolds, which was also the first, and only source, to give us a look at these birds. Considering that the sourcebook was made with photographs of actual props, we know that the Pylat bird made it quite close to having been filmed. 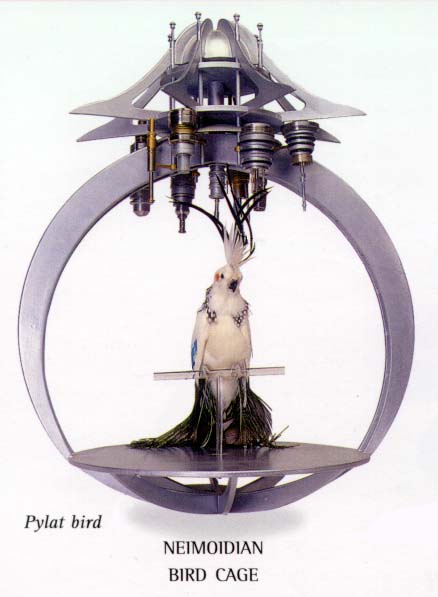 Perhaps the most well-known of these missing Phantom scenes is Obi-Wan’s arrival on Naboo after he and Qui-Gon had to split up.

It starts with Trade Federation Landing ships landing in the swampy water and Obi-Wan popping his head out of the swamp. He looks at the ships in the distance before taking a deep breath and diving back in the water.

Then the scene was to cut to Jar Jar having his “brisky morning munchen”. Digital test footage of this scene exists and could be seen in the “Episode One Omnibus Special”, a BBC documentary that aired in 1999. Jar Jar is also more thankful for Qui-Gon saving his life as he hugs and kisses the Jedi.

And in what would have been a nice mirror to the scene in Attack of the Clones where Obi-Wan lectures Anakin on the importance of respecting your lightsaber, Obi-Wan himself gets such a lecture from Qui-Gon.

NEIMOIDIANS ARRIVE IN THEED
Now this one where the lines get blurry. The comic clearly shows the shuttle that Nute Gunray and Rune Haako took landing in Theed while in the movie it has landed already and you only see them getting out of it. Considering how the shuttle ended up in Attack of the Clones, and it looking very much like the one seen here in the comic, it is very well possible that some version of this scene with the ship landing in Theed had been planned for the movie. 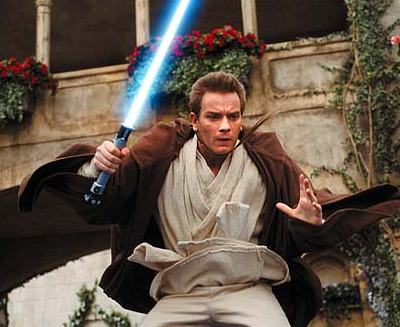 JEDI RESCUE QUEEN
Another very famous image is that of Obi-Wan leaping down to help in the rescue. In the movie this was a wider shot with everybody visible. This image could have very well be just a photograph taken at the set while filming and thus never meant to be used as a close-up shot.

The Illustrated Screenplay, which was the shooting script released as a book with added storyboard art, shows that the escape from the planet was originally way less pleasant for Jar Jar Binks, who first destroys one of the astromech droids by accident and later gets tossed around and has to hold on for dear life.

Quite a few small deleted moments exist that we hardly saw anything off:

One was that of Artoo, Jar Jar and Qui-Gon in the main hallway getting ready to leave.

Secondly we would have gotten more of Anakin’s precognitive powers and more Jar Jar juggling equipment in Watto’s shop.

We mentioned in our Podracers article that Mawhonic was the only podracer to have been portrayed by an actor in a costume, and we almost saw that costume once more in the movie. The original shooting schedule lists the Gran as being part of Sebulba’s entourage when Sebulba gets into his fight with Jar Jar. It is unknown why that did not happened in the end, as the costume was brought with them to Tunisia.

Last, but not least, is that when the group is taking shelter in Anakin’s house Qui-Gon gives Shmi some food capsules as a thank you for the kindness they have received. If you look closely in the movie when Anakin drags Padmé away, you can see Qui-Gon reaching in his poncho, presumably for these food capsules.

FANTA
No, this is not some deleted product placement that we would have seen during the podrace, but rather a deleted character that Jar Jar tried to talk to during the podrace scenes. The character made it as far as the shooting script, there is concept art of him (some of which had the alternate spelling of Phanta) and he was included in the novelization. He was to be based on the unused concept art of the Neimoidians, which later got used for the Geonosians.

GOODBYES
According to the Illustrated Screenplay, the whole sequence of Anakin leaving Tatooine was a bit longer with one additional goodbye: that to his friend Kitster. To the day of writing and publishing this article, it is not known if this was actually filmed. Maybe next year’s ‘The Star Wars Archives – Episode I-III’ will tells us more as the previous edition of this book about the Original Trilogy did contain many interesting new images and information. 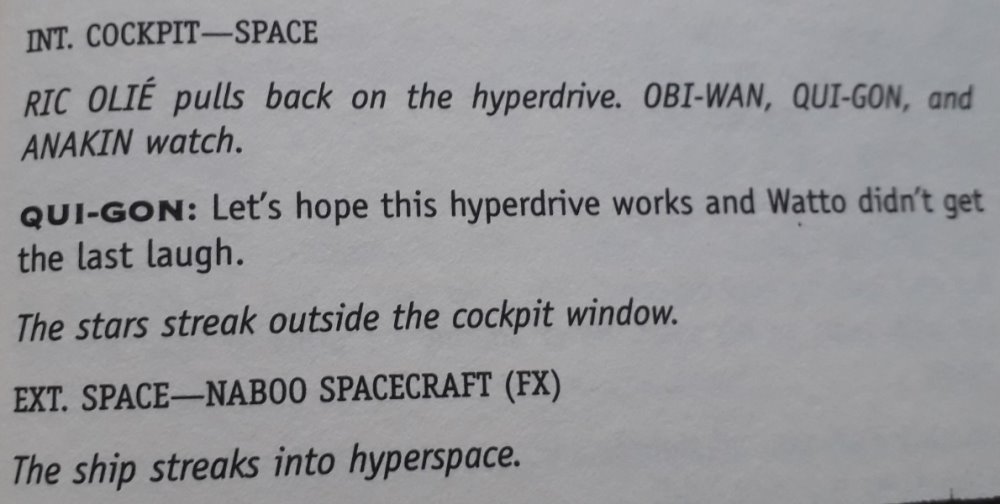 LEAVING TATOOINE
While we have seen the extended fight of Qui-Gon and Darth Maul with the Saga blu-ray release, there are still a couple little moments that we have not seen that also belong to that scene.

As he was told to do so in the movie, Anakin does make a run to the cockpit to tell them to take off as seen in The Illustrated Screenplay above. Then, with Qui-Gon aboard, we move again back to the cockpit as the ship leaves Tatooine’s orbit where Qui-Gon shows his funny side and then we would get the iconic hyperspace shot.

After Darth Maul’s failure on Tatooine, there was supposed to be another short scene where Maul contacts Darth Sidious to report back to him what happened and that the ship is en route to Coruscant. Sidious then tells Maul to go to Naboo rather than return to Coruscant and await his further orders.

Join us in a couple of weeks for the second part, in which we look at the scenes planned for Coruscant and the return to Naboo in: The Phantom Scenes of the Phantom Menace, Part 2!