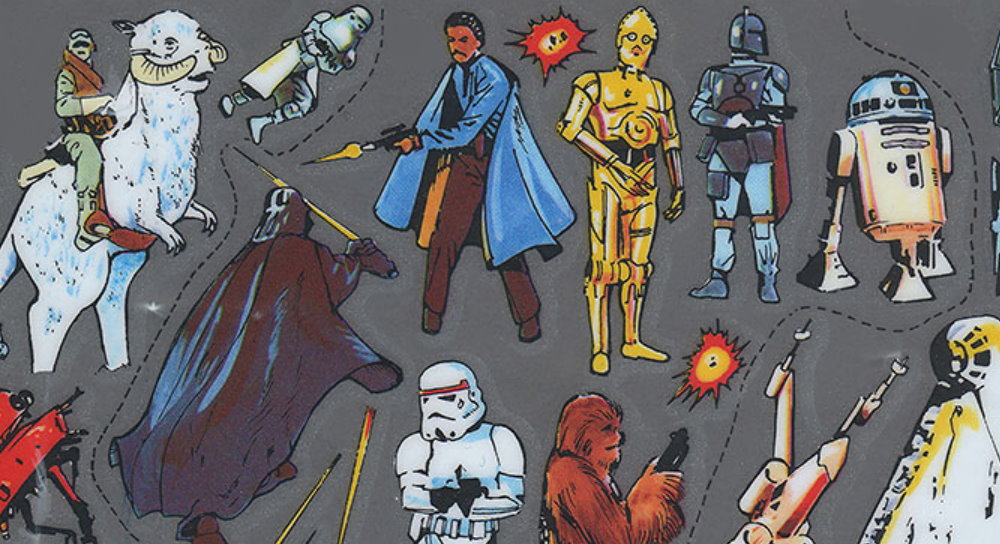 This is the second part of a three part article on Letraset.  To read part one covering the Star Wars years then click here.

As with the previous article I have leaned heavily on fellow ‘Beyond the Toys’ vintage collector Craig Spivey who has provided much of this information and most of the images in this article.

Although I don’t necessarily always subscribe to the theory that before The Empire Strikes Back sequels were mainly seen as cheap cash-ins, I do believe that the success of Star Wars impacted on getting merchandise ready for the next movie. Here is a brilliant article written by Ron Salvatore over at theswca discussing what Kenner got right, but many other companies didn’t. Was this due to Lucas’ tighter controls, lack of interest in promoting sequels or as I believe, a mixture of a multitude of factors?

Compared to the vast array of letraset product for Star Wars there is a much narrower range for The Empire Strikes Back and they are all tied in with the Kraft Dairylea company.  I loved these cheese triangles as a kid, but once again have no memory of these movie tie-ins.

Issue 118 of the weekly Star Wars comic, released May 29th 1980, featured The Empire Strikes Back logo for the first time and advertised Action Transfers with a free sample inside. 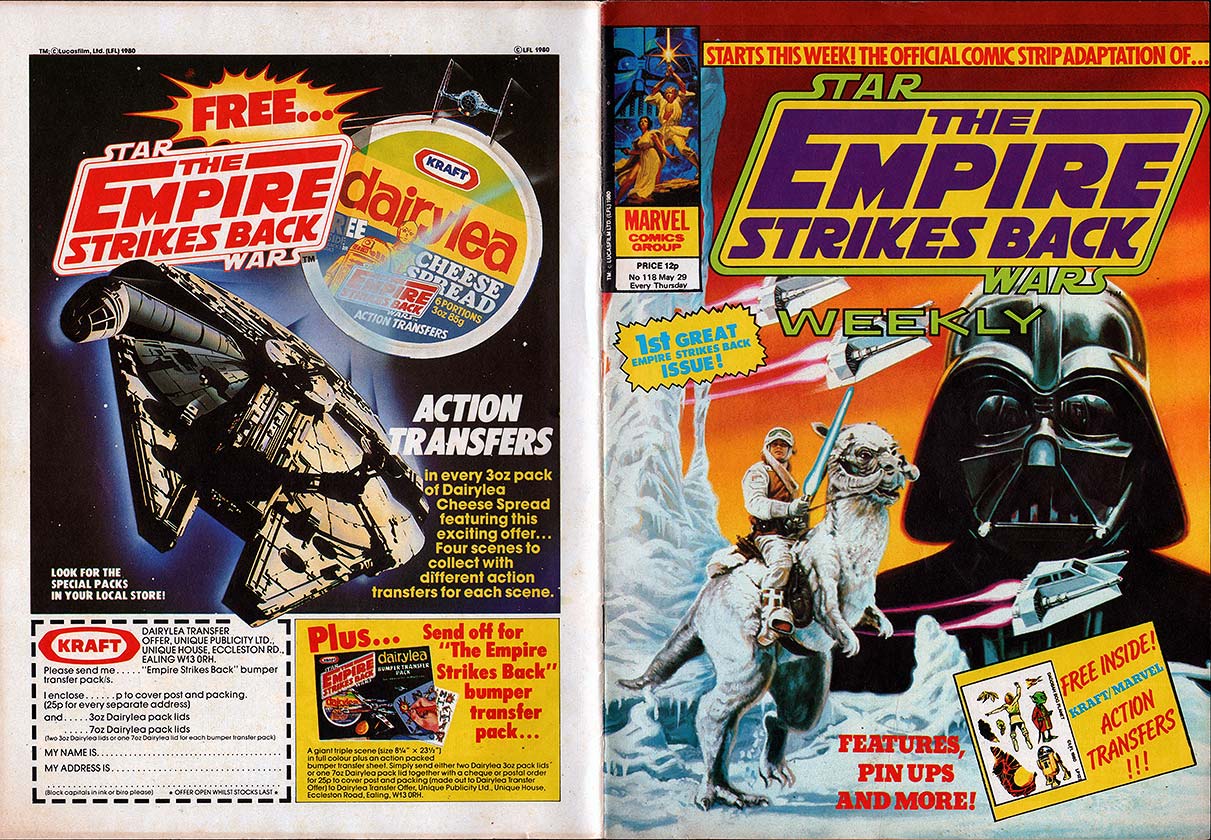 It’s interesting to note that these are advertised as a joint Kraft / Marvel venture this time.  It’s very clear that the quality of artwork was poorer, and that these are inspired by Marvel’s own work. The Yoda is far more like the original Ralph McQuarrie drawing as seen in the original versions of Marvel’s Empire adaptation, and Boba Fett has a Holiday Special feel to him.

There were four different transfers to collect: 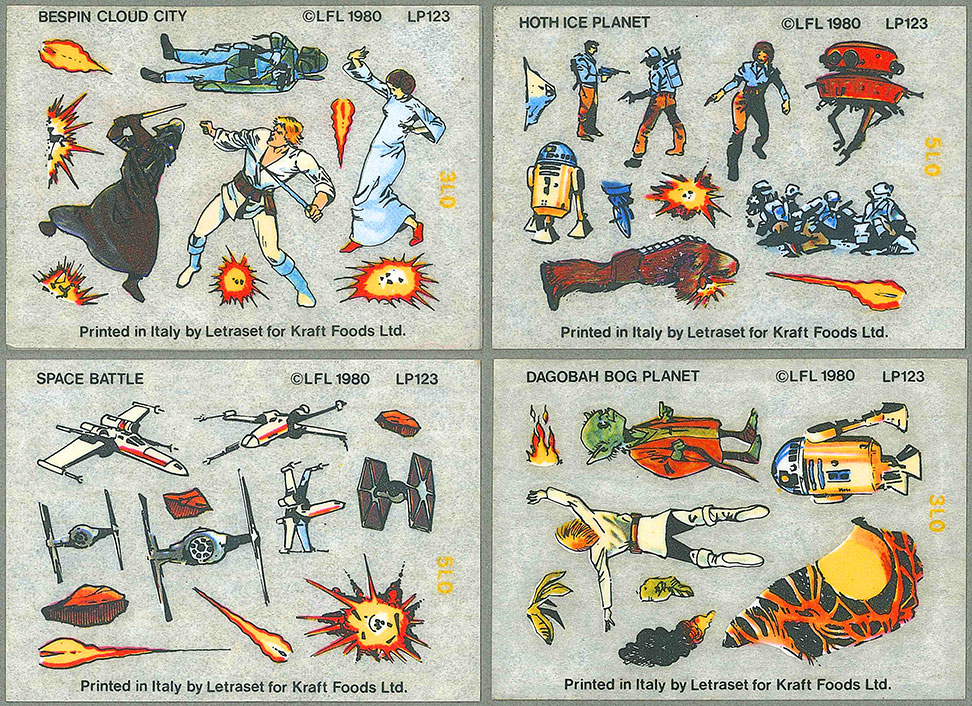 These were included inside 3oz and 7oz dairylea cheese triangle boxes. Oddly, this advert inside the Marvel comic stated 5oz boxes, although there doesn’t appear to be any evidence of them. Indeed, Craig noted to me that he’s never seen a 7oz box. Looking at Kraft archives they did release a 7oz box in the 1980’s, but this was a spread not triangles. They also released double depth boxes to fit 12 triangles, which is likely to be the alternative to the 3oz. 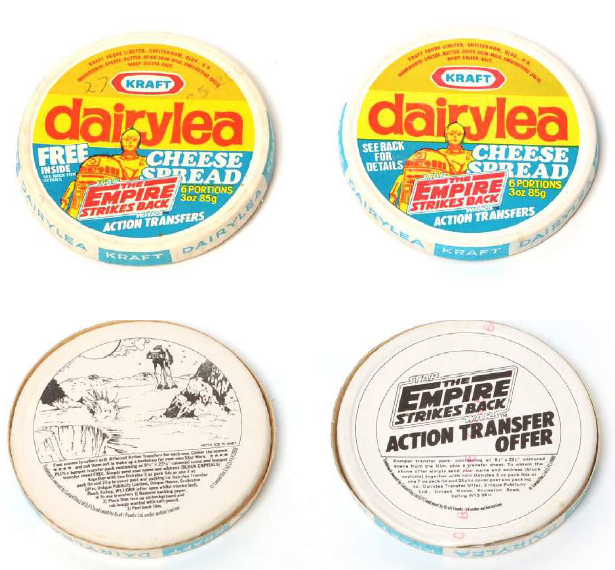 There are 5 different boxes to collect and those that way inclined as children could have purchased all 5 knowing what they were getting as the ‘transfer scenes’ were on the bases. Many of these scenes today have been cut out and used. The box on the right was a later design which featured a promotion for the mail-away Bumper Transfer Pack.

A header has survived for these promotions which for some reason I can’t imagine the Dairylea spreads being refrigerated as they are today! Mind you, pre-1986, when the additives were removed, it probably didn’t matter! 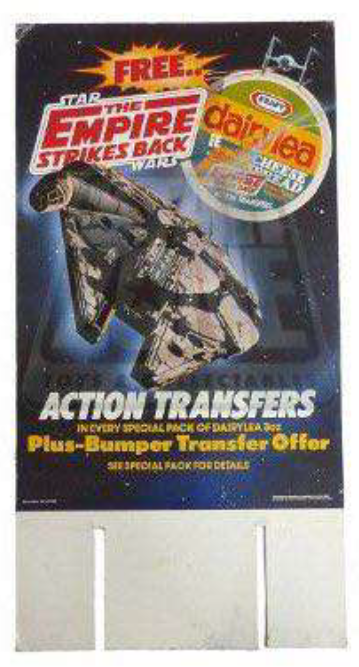 I really like this shot of the Falcon being chased by the TIE Fighter, although the juxtaposition and layout looks a little clumsy.

The free offer though was pretty decent considering that retail price stickers suggest that two of these could have been had for under £1 – still, that’s the reason why I would have never had them as a kid!

Although the action transfers were cheap looking, I really love these! I’m a sucker for anything Hoth related and don’t mind the other two at all, although the fold markings would have irritated me a lot and it’s difficult to cut a straight edge too!

Finally, the action transfers in the set came with lines, making it clear which transfer goes with which scene. The red Probot would not have worked on the ice planet, that’s for sure. 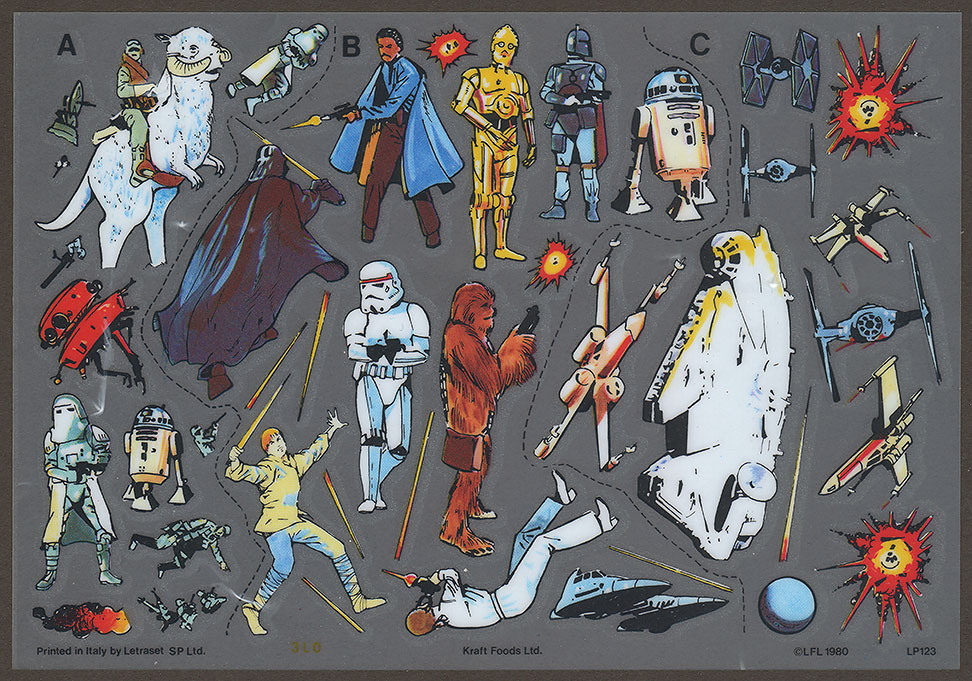 Hope you also enjoyed this article, and huge thanks to Craig Spivey. Part Three on The Return of the Jedi will be here soon.