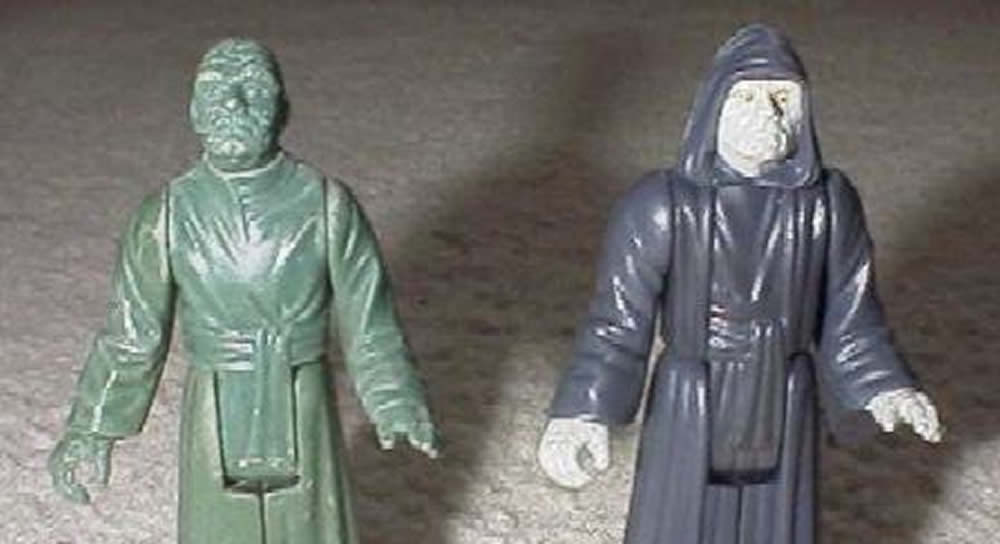 Emperor Palpatine was a figure that we all had as a kid, although not a single one of us called him that. He was always ‘The Emperor!’ although he was named Palpatine years before in the original Star Wars novel ghost-written by Alan Dean Foster. I’m not sure why The Emperor was not one of the debut figures. Instead, Kenner opted to release him initially as a mailaway. This is most likely how I got my Emperor at the time. 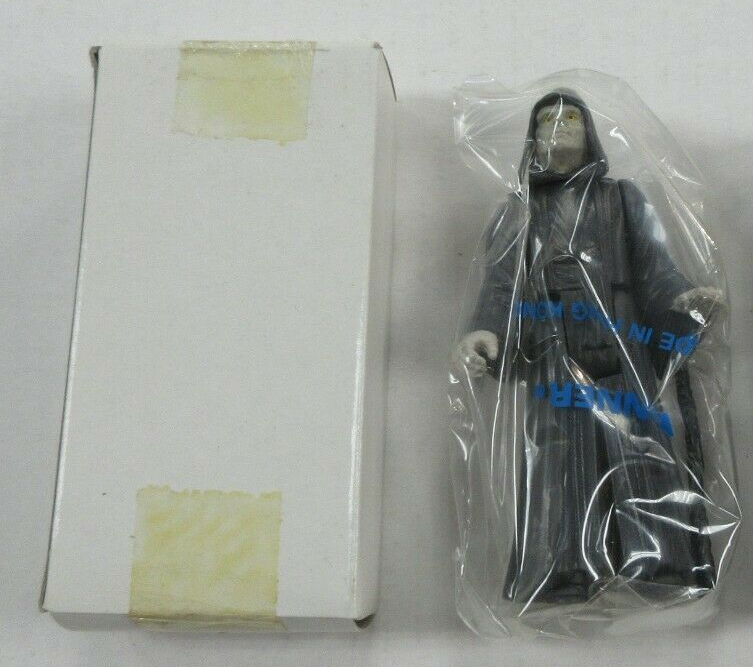 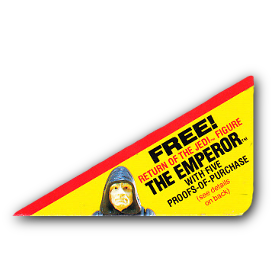 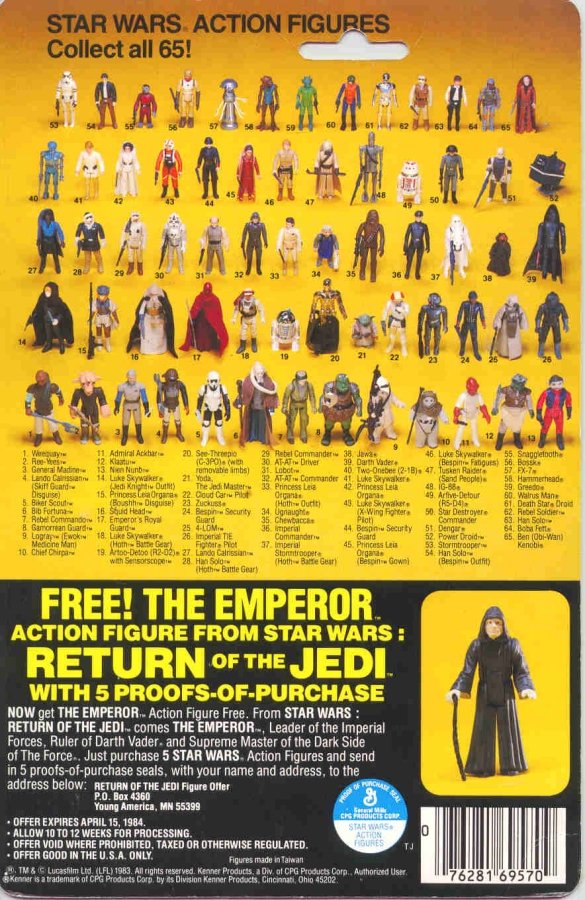 The offer for the Emperor first appeared on the Kenner 65c cardback and in the UK was advertised in various comics and flyers. For 6 nameplates – one more than our US friends – we could receive a free Emperor in a plain white box.

I’ve always loved the Emperor sculpt, it has both the feeble old man look together with a hint of menace in his pose. The cane was far more than a cane for me and I always envisaged some kind of lightsaber device as a kid, similar to the wand Lucius Malfoy uses in the Harry Potter series. However, it was not always how The Emperor was designed. Have you heard of ‘the bald Emperor’ before? 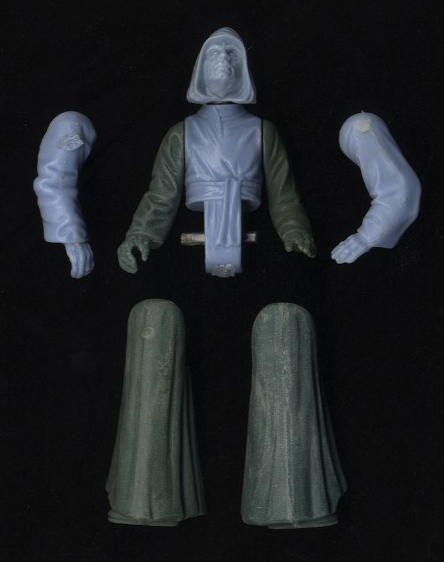 This hardcopy was for sale on Rebelscum last year for $50,000. At that moment in time it was the first mention of the bald Emperor I’d seen. The blue pieces of the hardcopy are from the Blue Harvest scam and have been used to complete the item. The Blue Harvest scam involved former Kenner employees creating modern pre-production items using the same moulds from the original vintage line in order to make money from collectors. Thank goodness they used the wrong material as it would have been very difficult if they used green plastic or even painted the hardcopies.

Looking at the correct green urethane pieces you can see some differences between the arms, cuffs, and legs of this hardcopy versus the production figure, but this is just a hint of what the full piece looked like.

Here is a full hardcopy of the bald emperor which I was incredibly fortunate to see in person recently. 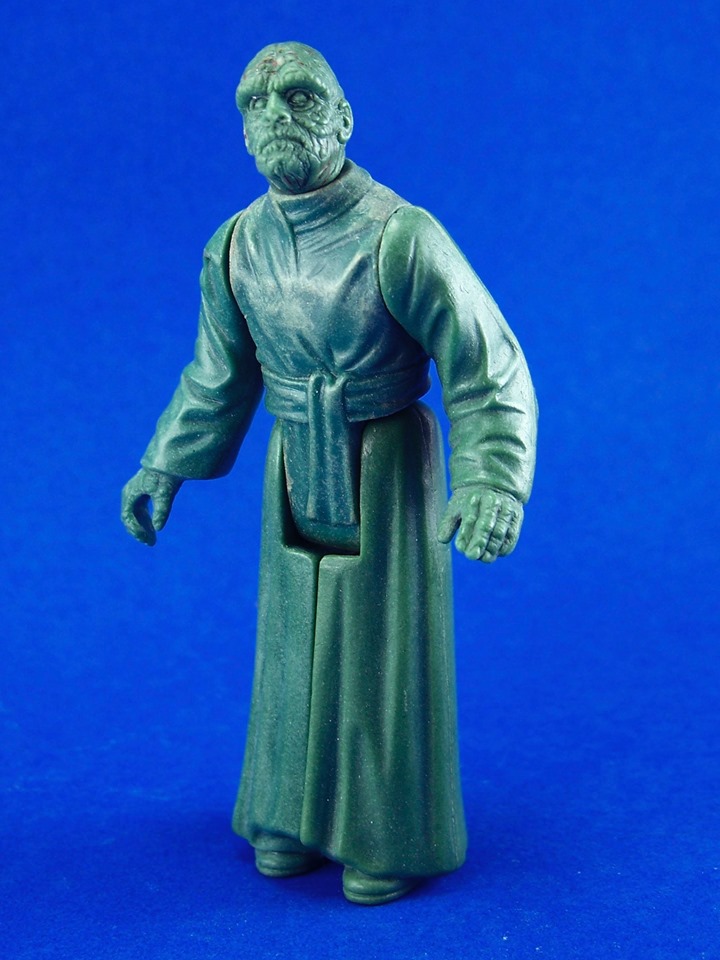 A huge amount of difference, and not just with the head!  Click here to read more about the key differences. As you can see there is an incredibly detailed sculpt of The Emperor’s skull which would have been visible under a planned soft robe design. It is believed that this was reworked due to Kenner either being unable to keep the costs down, or because they couldn’t accurately depict the robe. Either way, although I personally like the workmanship of the skull I do prefer the cast plastic robe we ended up with rather than a soft cape design. 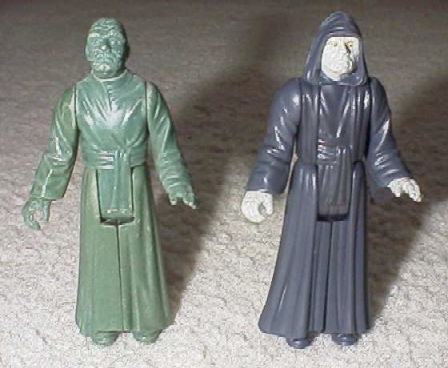 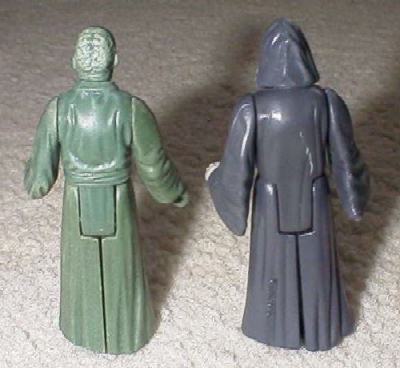 The Palitoy advert for The Emperor is pretty easy to acquire, so make sure you don’t spend too much on one. 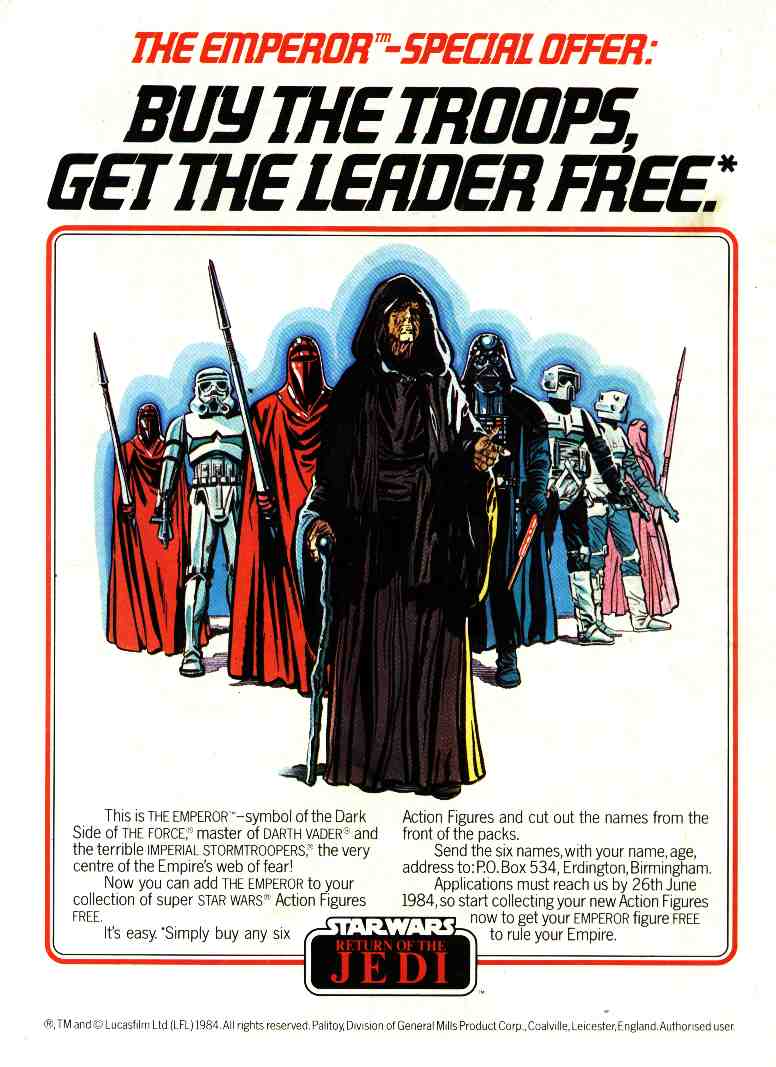 Kenner got it very right with The Emperor. The sculpt, promotion and marketing was spot on, and something that Anakin Skywalker didn’t quite acquire. Described as “the very centre of the Empire’s web of fear!” in the Palitoy literature it was very clear to kids that your collection was not complete without the greatest baddie of them all.