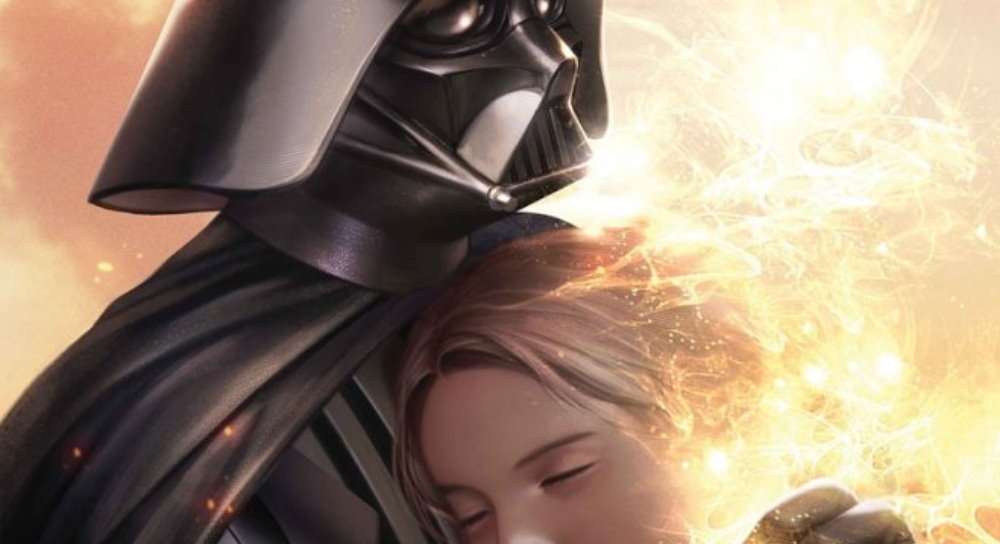 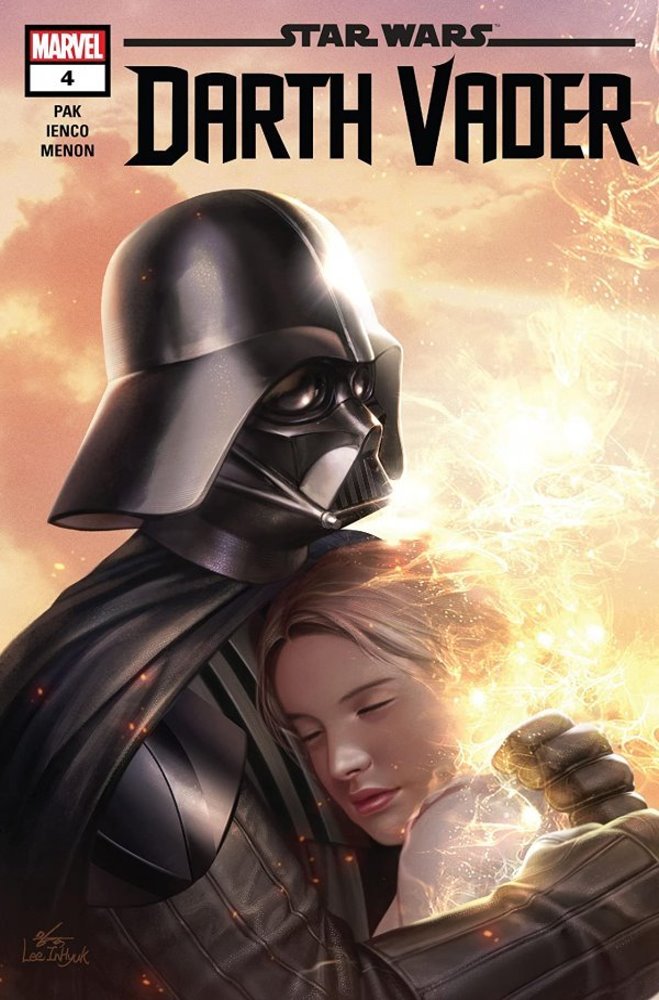 Enraged, Vader has taken a squad of death troopers and the Imperial forensics droid, ZED-6-7, on a quest of revenge against everyone who hid Luke from him. Vader’s new ally—Queen Amidala’s former handmaiden Sabé —has sworn a vengeance of her own kind against her queen’s killers.

But Sabé has betrayed Darth Vader. She believes the Dark Lord to be Padmé’s murderer and now springs her deadly trap….

We open the issue with Vader and the Amidalans’ being attacked by a Sando Aqua Monster. It transpires that the Amidalans’ summoned the monster and are hoping that the distracted Vader can be killed by them in  the process. Vader ultimately avoids their attacks, and ends up killing the monster.  Vader moves on to Theed where he is attacked by a new group of Amidalan’s led by Ric Olie.  Once more he overcomes their attack, and moves on to the tomb of Queen Amidala, where yet another group of Amidalans’ await.  This time it is the remainder of the Handmaidens. Yet again, Vader defeats them and enters the tomb of his deceased wife as the issue ends.

Pak disappoints me with the script to this issue. It is wholly lacking in plot, and revolves around three action sequences. Even the flashback sequences I have enjoyed in prior issues seemed forced and mostly non-consequential. There seemed to be a desire to deliver cameo moments, but none of them were highlight moments. It just fell flat. We have now seen three groups of Amidalans’, each defeated in a few frames of comics, each highlighted with a fresh film character cameo – but where was the impact, where was the challenge to Vader. Each group had a link back to Vader’s past, all shown in flashbacks but did any really impact on his present in any constructive way.  There just seemed to be so many opportunities lost with what could have been done with these characters, they were dismissed too soon. I feel this issue was too much of a filler to build up to the point of Vader entering the tomb, and hopefully the following issue delivers the impact needed to justify this.

One of the highlights of the issue remained Ienco’s art. From the opening panel of the Sando Aqua Monster towering over Vader, to  the final shot of Vader entering  the tomb, Ienco sold each shot beautifully. His choice of panel sizes were excellent throughout, knowing when to emphasise scenes in full page glory as well as intricate little moments like the panel showing Vader in the eye of the dead monster.

Ienco also continued his remarkably ability to capture film characters perfectly, from fresh takes such as an aged Ric Olie and the Handmaidens, to reliving classic moments such as Padme and young Anakin from The Phantom Menace, and Attack of the Clones. I thought the action scenes Ric Olie’s group of Amidalans’ was particularly well done with great use of panels to tell the story of the battle, but there were also downsides to the art. The whole sequence with Vader and the monster was confusing as to whether Vader was eaten by the monster and broke free from inside it, or quite what was supposed to happen.

I was also disappointed with the art choices around the Handmaidens. So much space was given to introducing each handmaiden, and next to nothing given to the resulting fight. This meant that the Handmaidens were beaten in a short number of panels, making me feel the big reveals of each one wasted time.

Perhaps the highlight moment for me of the issue was the three panels revealing young Anakin’s necklace to Padme from The Phantom Menace on a pillow at the entrance to the tomb. It was three progressive silent panels, that slowly built to the reveal of the necklace, coupled with a wonderfully drawn flashback to the movie and a final close up of Vader’s face. Somehow Ienco managed to draw Vader with a look of sorrow, and I still can’t place how. It was wonderfully delivered.

InHyuk Lee was once again on cover art, and wow – what an amazing cover. It conveyed the emotion of the issues subject manner perfectly, showing a beautiful dream like sequence of Vader embracing Padme. It was like a slightly disturbing look into Vader’s mind, and once again poster quality art.

Star Wars: Darth Vader - Dark Lord of the Sith Vol. 2
$28.63
Buy on Amazon This is a paid link. Learn More. Clicking the link may take you to the Amazon store servicing your country Price incl. tax, excl. shipping.  Details correct as at: 2021-02-27