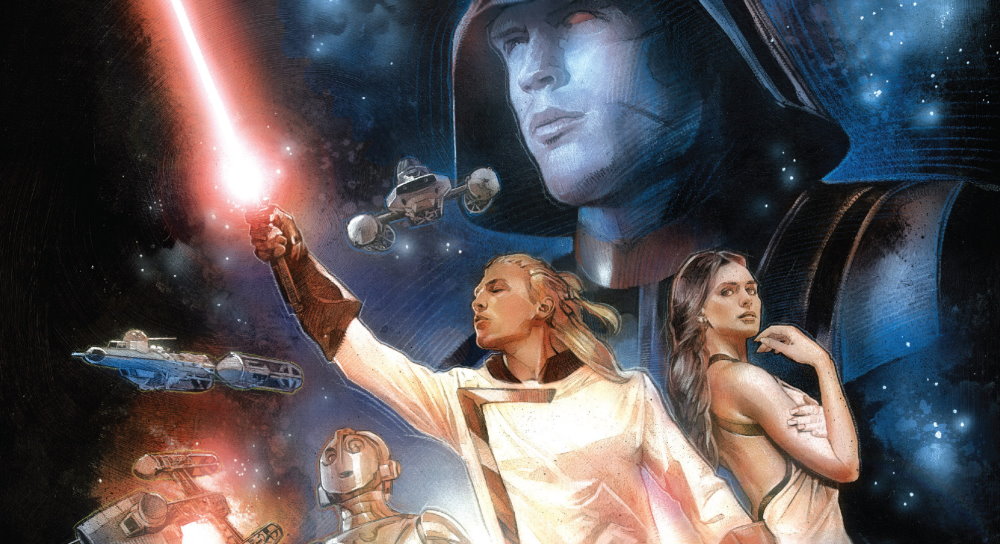 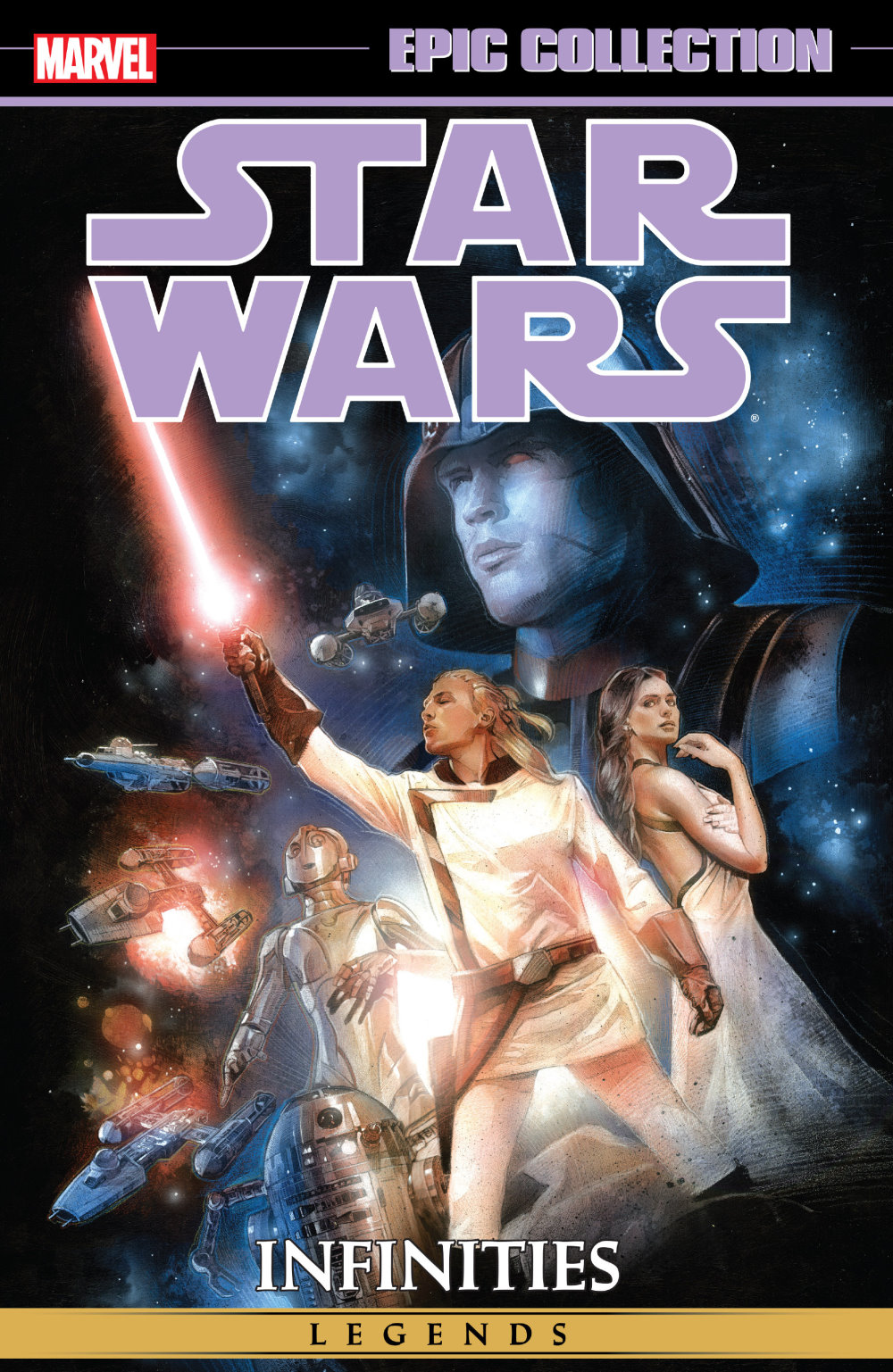 Play “What if?” with the original trilogy in a series of tales exploring the endless possibilities of Star Wars. How would A New Hope have gone if Luke Skywalker missed the target in his attack on the Death Star? What would have become of the Rebel Alliance if Luke perished in the icy wastelands of Hoth during The Empire Strikes Back? What if Return of the Jedi’s rescue of Han Solo had gone badly wrong?

And in the ultimate alternate take on the galaxy far, far away, follow Annikin Starkiller into The Star Wars in an epic based on the original draft of George Lucas’ screenplay!

No matter what age you are, the majority of you will have at one time or another had a collection of Star Wars action figures, vehicles and playsets. Recreating our favourite movies and TV series has always been fun, but I am sure you’ll agree it’s the tales we created ourselves that brought so much joy. I was just 8 years old when the original Star Wars reached the UK. I collected the action figures from each movie as it was released, yet somehow creating my own stories between each episode was so fulfilling. Marvel comics provided much needed storytelling between Star Wars, Empire and Jedi – fleshing out our favourite characters with each fallow three-year period.

But one project was more daring than that. Released just at the turn of this century, the Infinities stories takes the Star Wars stories you know and love – takes them to a certain point in the familiar tale and then goes off on an almighty tangent. The results? Well they are intriguingly beautiful.

This compilation of tales was first published between May 2001 and March 2004. This publication adds The Star Wars from 2014, based on George Lucas’s earlier drafts.

Okay, so imagine if you will you are watching Star Wars: A New Hope. All very familiar. The whole film plays out and then you get to The Death Star assault, Han shows up in the Falcon, blasts Vader’s ship into a spin to protect Luke as he fires his proton torpedoes into the thermal exhaust port and….

The Death Star doesn’t explode. The Rebels are not victorious. No medals are bestowed.

Instead, witness our heroes fleeing their failed attempt and the continuing tale fleshed out with the benefit of borrowing twisted content from the sequels. Luke still goes to Dagobah to meet Yoda for training, but as well as R2, Han and Chewie are thrown into the mix providing a fresh take on the trainee Jedi’s coaching. Leia is the focus of Vader and The Emperor and she is promoted within the ranks of the Empire. As for Tarkin, well he is very much alive and even has an encounter with Yoda.

In a strange foreshadowing of The Last Jedi, replace Kylo Ren and Rey battling Praetorian Guards with Luke and Han battling Imperial Royal Guards. It is stunningly alike.

The plot twists are great and the story is a belter. This is definitely worth a look if you haven’t read it before and worthy of a fresh viewing if it has been a while.