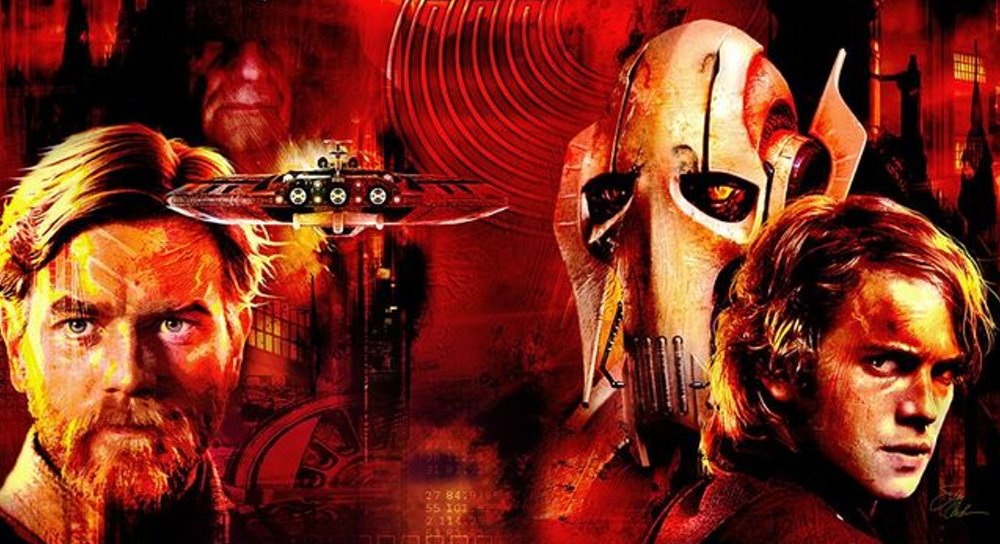 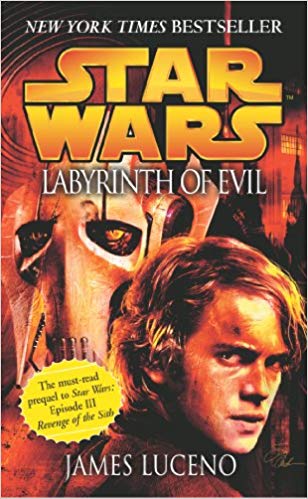 The war that erupted in Star Wars: Episode II Attack of the Clones is nearing its boiling point, as the dauntless Separatist forces continue their assault on the teetering Republic–and the diabolical triumvirate of Count Dooku, General Grievous, and their Master, Darth Sidious, fine-tune their strategy for conquest. In Episode III Revenge of the Sith the fates of key players on both sides of the conflict will be sealed. But first, crucial events that pave the way to that time of reckoning unfold in a labyrinth of evil….

Capturing Trade Federation Viceroy–and Separatist Council member–Nute Gunray is the mission that brings Jedi Knights Obi-Wan Kenobi and Anakin Skywalker, with a squad of clones in tow, to Neimoidia. But the treacherous ally of the Sith proves as slippery as ever, evading his Jedi pursuers even as they narrowly avoid deadly disaster. Still, their daring efforts yield an unexpected prize: a unique holo transceiver that bears intelligence capable of leading the Republic forces to their ultimate quarry, the ever-elusive Darth Sidious.

Swiftly taking up the chase, Anakin and Obi-Wan follow clues from the droid factories of Charros IV to the far-flung worlds of the Outer Rim . . . every step bringing them closer to pinpointing the location of the Sith Lord–whom they suspect has been manipulating every aspect of the Separatist rebellion. Yet somehow, in the escalating galaxy-wide chess game of strikes, counterstrikes, ambushes, sabotage, and retaliations, Sidious stays constantly one move ahead.

Then the trail takes a shocking turn. For Sidious and his minions have set in motion a ruthlessly orchestrated campaign to divide and overwhelm the Jedi forces–and bring the Republic to its knees. James Luceno’s novel is born with a unique advantage before the reader even reads the first word – this novel leads you directly into the opening space battle of Revenge of the Sith, thereby giving the novel a sense of gravity and importance that other Expanded Universe Clone Wars product doesn’t carry.  Luckily for us, James Luceno is well up to the task of not disappointing us.

Due to the clumsiness of Nute Gunray the Jedi are given their first conclusive hint of the existence of Darth Sidious, but this doesn’t hinder Anakin and Obi-Wan as they continue their efforts to find the Sith Lord and end the Clone Wars once and for all.  Now close to achieving his goals, Sidious moves his minions around the galaxy in preparation for the final gambit.  Dooku is sent to lure Anakin and Obi-Wan away from Coruscant and kill Ben while General Grievous embarks upon perhaps the boldest Separatist mission of the Clone Wars so far.  And every step brings Sidious closer to his ultimate prize – the galaxy, and a new apprentice in Anakin Skywalker.

Labyrinth of Evil is brimming with what only a few months ago were spoilers, and sheds light on worlds such as Felucia and Utapau and characters like Darth Plagueis and the infamous General Grievous as well as detailing Dooku’s rise to Sith-hood and the news that Sifo-Dyas was no mystery character but a Jedi who was simply killed.  It’s clear from here that Grievous will be, alongside Vader, the stand-out character of Revenge of the Sith, and to see him in action here for the first time since the Clone Wars micro series is thrilling.  Labyrinth is a cracking read, following lightsaber fights, space warfare and even a train chase.  There are some great moments for small, supporting characters, plenty of suspense as the light is finally shine on some of the secrets of the Sith and a creepy ending that sets up events perfectly for the film that follows. 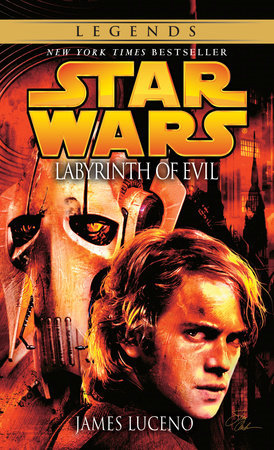 Luceno has this novel planned as part of a duology, Revenge of the Sith being part two, and so it doesn’t follow a usual plot sequence.  Nothing is resolved, leaving events open for the film, and the book doesn’t suffer for it at all.  In fact, it gives him room to explore certain threads, like Anakin and Ben’s relationship with each other, as well as Anakin’s shadings of the dark side.  A negative aspect brought down onto the author through no fault of his own is that many of the worlds and technologies he mentions are unfamiliar to readers, so he has to explain in detail many things, which slows down the narrative a touch.  And of course, we already know Palpatine and Sidious are one and the same, and that all of the Jedi’s detective work will lead them just down the road to the Chancellor’s office, so in many ways the reader is far more aware of the dangers than the characters of the novel.  Nevertheless, this is an engrossing read and a must-buy for fans of the Clone Wars and Star Wars novels in general.