This top-secret cache reproduces highly sensitive intelligence that traces the Rebel Alliance from its formation through its tireless fight against the Empire. From its earliest beginnings in covert opposition to Imperial operations, the Alliance could not trust its most sensitive information to risk of digital interception. Instead, it was kept in a secure case, traveling with key senior Rebel personnel. Lost in the chaos surrounding the Battle of Endor, it was rediscovered many years later by the newly formed Resistance.

Richly illustrated and full of strategic detail and history, the files also feature additional annotation by Resistance members such as General Leia Organa, Mon Mothma, Poe Dameron, and Admiral Ackbar, making this a crucial read for fans seeking a deeper understanding of the saga. 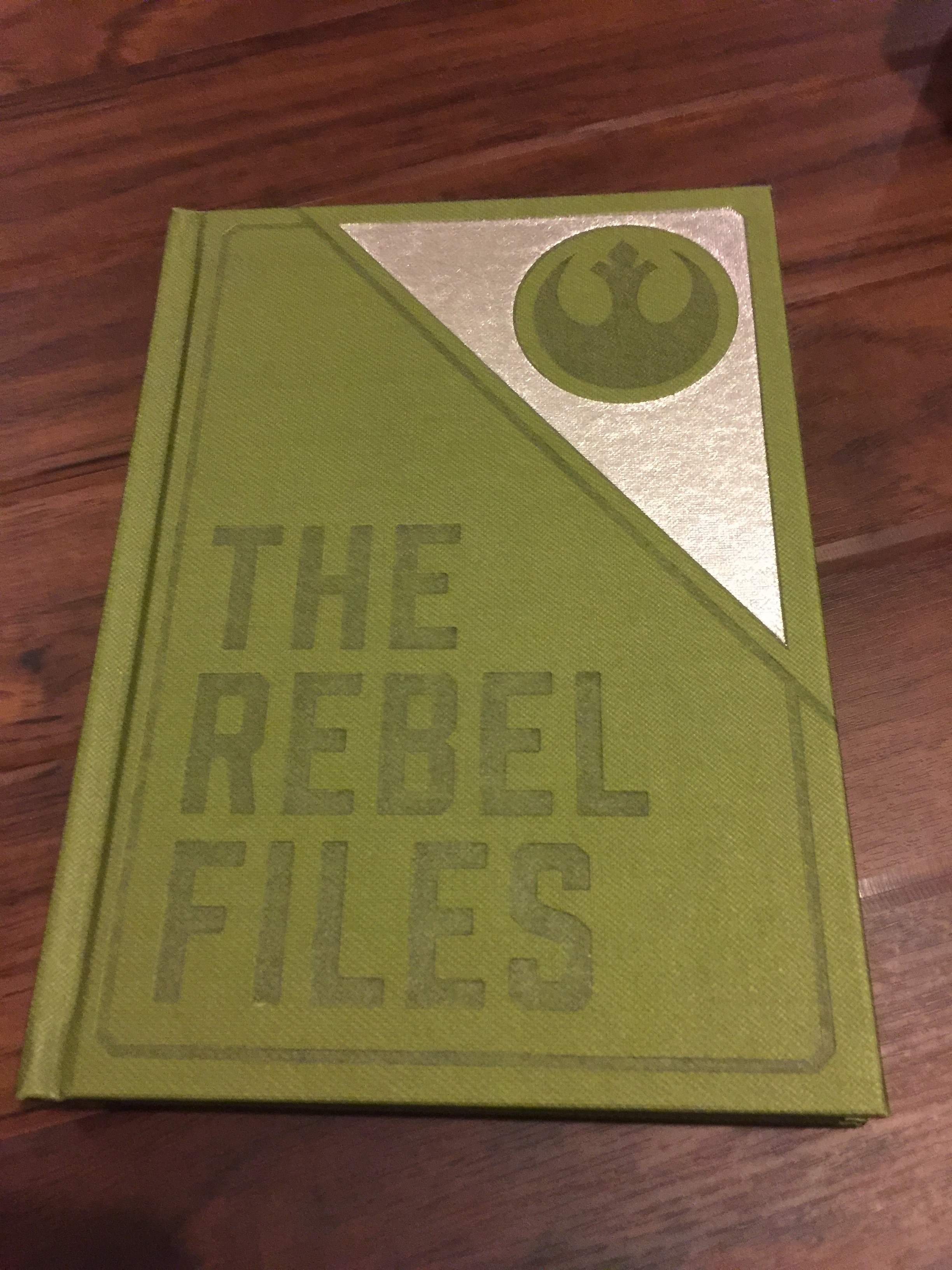 Following on from becker&mayer!’s series of in-world deluxe edition books which previously included The Jedi Path, The Imperial Handbook, Book of Sith and The Bounty Hunter Code this wonderful publication brings you into the heart of the Rebellion – merging fictional prose, with in-world documents and props.

Daniel Wallace gives a delightful ‘inside the mind’ look at Mon Mothma and the Rebel Command as the Rebel Alliance is born, and grows.  With diary entries, news pieces, and schematics, we see a rich tapestry of content presented in a very unique and clever way.

With links to the original trilogy, Rogue One, and Star Wars Rebels and of course the sequel trilogy right up to The Last Jedi there is something for everyone in this publication. The art is by Joe Corroney, whom is an always wonderful source of Star Wars art, is of the highest quality.  Star Wars Rebels fans will be particularly blown away by an incredible piece on the famous crew of the Ghost.  Every art piece is intricate, and fits the structure of the release beautifully.  For me the standout piece was the wanted poster of Saw Gererra, closely followed by a Jyn Erso piece for Alliance Chron 2.

We get hand written notes from the likes of Admiral Ackbar, Poe Dameron, Amilyn Holdo, and Leia Organa which are just sublime – and always a fun feature to create realism in the in-world nature of the book.  Coupled with some Imperial transcripts, you really get drawn into the conflict in the galaxy.  Poe’s notes are particularly striking, and emphasis his fighter jockey persona.

There is so much content in here, it truly is brimming with details, that I am sure there are also planted reveals for later publications, that we just don’t know of yet.  It’s truly exciting and engrossing, and a must buy for Star Wars literature fans.

There is also something of an emotional resonating ending to the book too.  Mon Mothma preparing for her final Rebellion speech, a quite resounding one at that.  It is the perfect ending for a fascinating book.

The added bonus of this already wonderful book, is the accompanying case and it’s projector.  As shown above, it is activated by a push of the button.  A hydraulic arm then raises a hidden compartment to reveal a projector showing the Imperial’s Death Star.  It was a great little extra to the deluxe part of the publication, and is expertly crafted.

Rebel Files: Deluxe Edition is out now from all good retailers priced at $79.99 in the USA, and circa £65 in the UK.