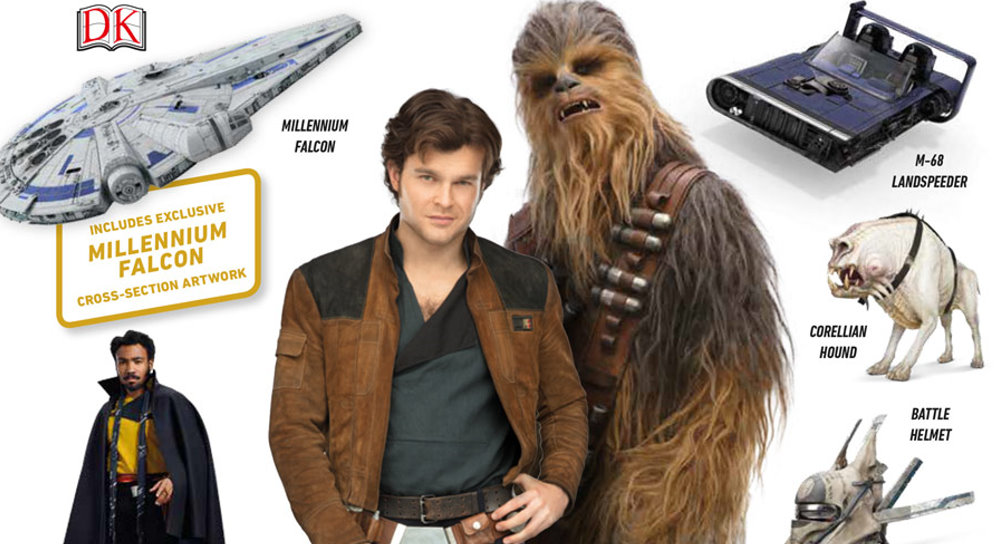 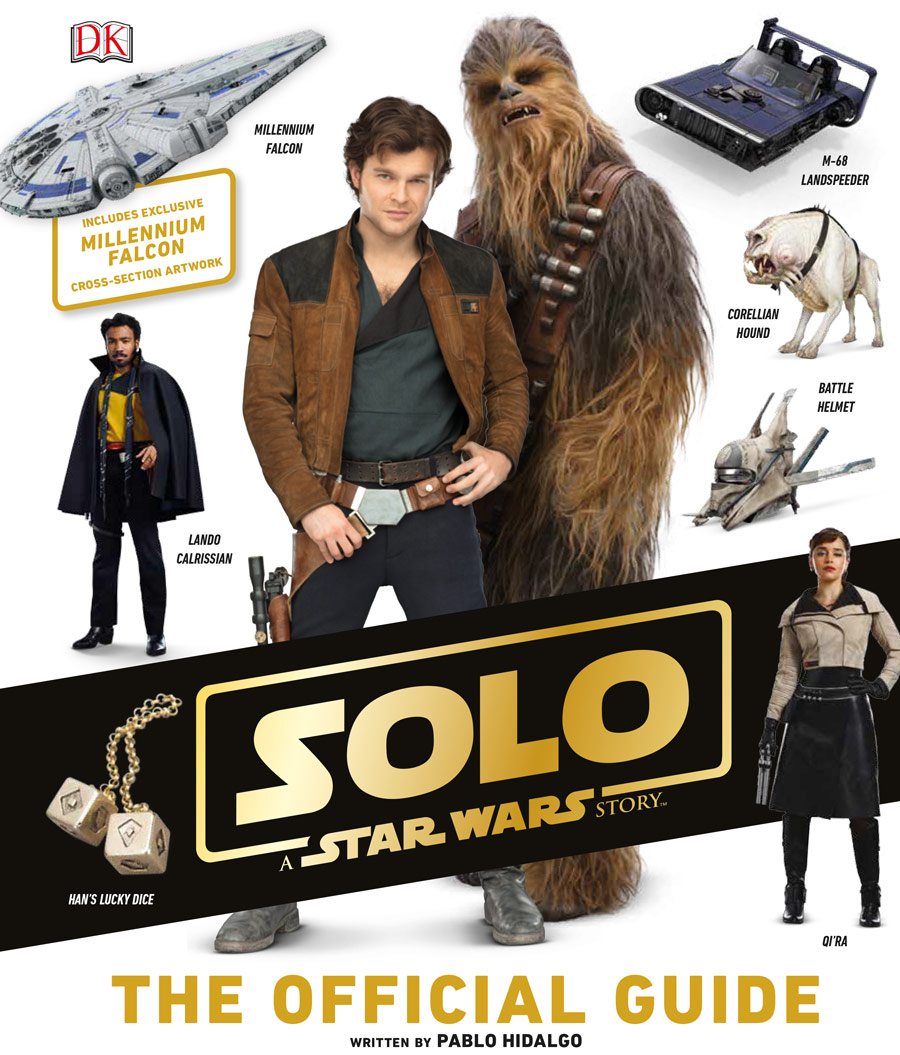 This essential visual guide to Solo: A Star Wars Story™ explores the world of young Han Solo in unparalleled detail. An authoritative companion to the latest Star Wars™ movie, Solo: A Star Wars Story The Official Guide features the fascinating planets, vehicles, and aliens that Han Solo encounters on his early adventures. Explore key characters, locations, and props in captivating detail with extensive production photography and see the iconic Millennium Falcon as it’s never been seen before, in an exclusive cross-section artwork by Richard Chasemore.

DK are past masters at these kind of books, having brought us these in-depth looks at the makings of the Star Wars galaxy since the late 90’s, and once again Pablo Hidalgo is our tour guide as this time we step back into the past and look at the worlds inhabited by a young Han Solo, his collaborators and enemies.

The book takes us through the various locations we visit in the film, from the rusty warrens of Corellia to the icy blasts of Vandor. We investigate the key characters of the piece, from the major players of the piece down to the many characters that propel the story like Moloch and Lady Proxima. For example, we learn that Moloch is a Grindalid (sounds very Potter-ish) and that he drives a Trast Heavy Transports A-A4B truckspeeder. And he isn’t a bibed, he has tapered tail segments that he uses to approximate a ‘regular’ humanoid walk.

The vehicles of the era are looked at, including the aforementioned speeder, the M-68 landspeeder that Han jacks, the Kuat Drive Yards ATD-C45 Conveyex engine that drives the train that our heroes try to steal and the Modified Caelli-Merced Skyblade-330 swoop that Enfys Nest flies. And that’s to say nothing of Dryden Voss’s stunning space yacht the First Light and the vehicles of the Empire.

Solo: A Star Wars Story introduces  a number of new Imperial vehicles to their ranks including the TIE/rb an the AT-DT (All Terrain Defence Turret) which drops on to the muddy plains of Mimban. And of course we get a great look at Lando Calrissian’s Millennium Falcon, thanks to another stunning cross-section drawing by Richard Chasemore.

With the film now out in cinema’s, and books like this hitting shelves, fans are going to see a lot more of this era. Filling in the years before the arrival of the original film, it’s a time period potentially packed with familiar characters like Bossk (who gets a brief mention in the film), the rest of the bounty hunters from Empire, the menagerie of characters from Jabba’s Palace not to mention the major players of Rebels and Rogue One. While Lucasfilm and Disney have forged ahead in the timeline with the sequel trilogy, they are paying equal attention to the classic trilogy era, and doing a fantastic job of it.

Hats off to Pablo and the DK team for another immersive release and here’s hoping their track record of detailed, insightful releases continues.