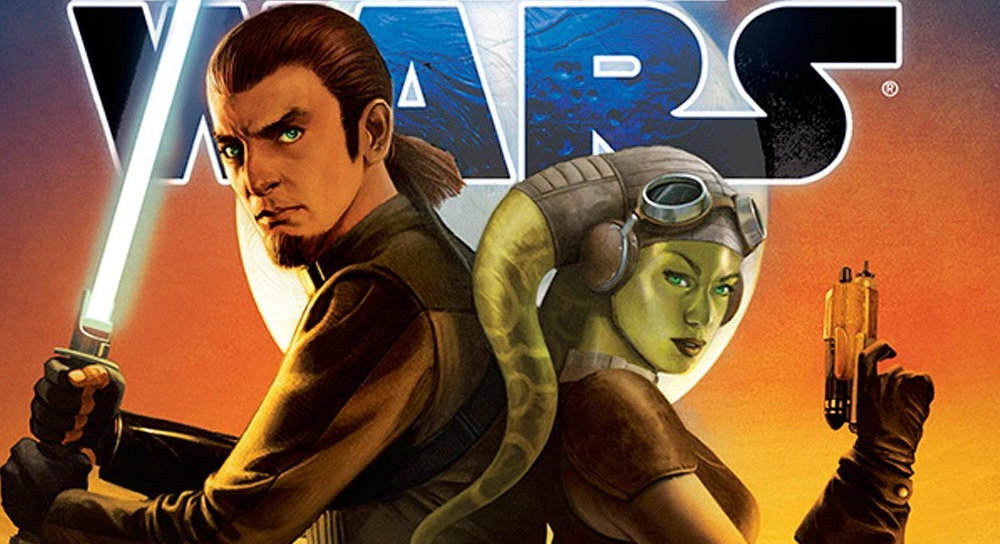 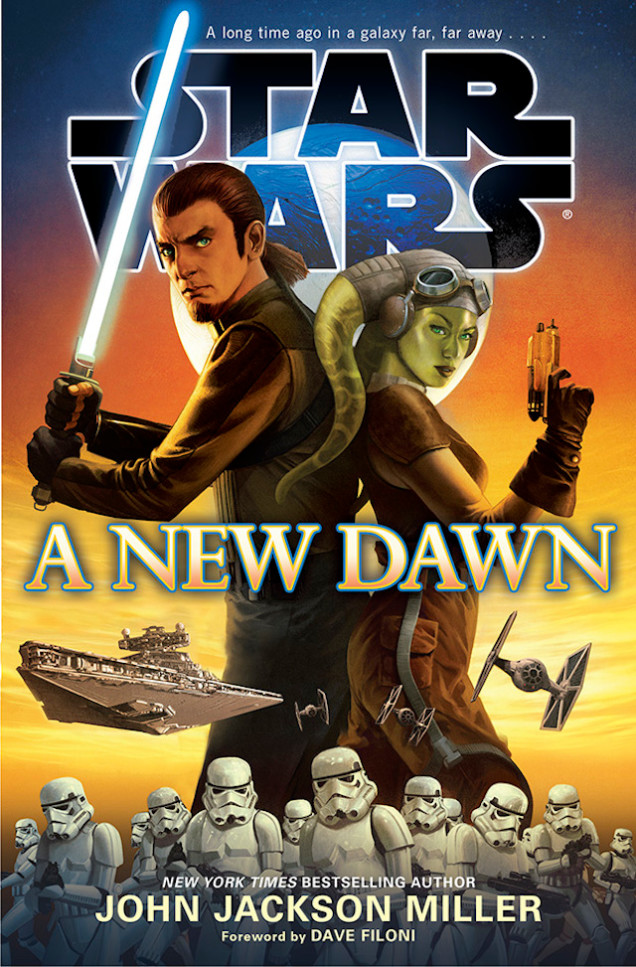 For a thousand generations, the Jedi Knights brought peace and order to the Galactic Republic, aided by their connection to the mystical energy field known as the Force. But they were betrayed—and the entire galaxy has paid the price. It is the Age of the Empire.

Now Emperor Palpatine, once Chancellor of the Republic and secretly a Sith follower of the dark side of the Force, has brought his own peace and order to the galaxy. Peace through brutal repression, and order through increasing control of his subjects’ lives.

But even as the Emperor tightens his iron grip, others have begun to question his means and motives. And still others, whose lives were destroyed by Palpatine’s machinations, lay scattered about the galaxy like unexploded bombs, waiting to go off…

You couldn’t pick a more apt title for the launch of this new and exciting era in Star Wars literature, or a more welcome author than John Jackson Miller. After the crowd-pleasing Legends entry that was Kenobi back in August of 2013 he returns to the galaxy far, far away with a first entry in not only the era of the story group (which will fold in books, comics, television, movies and video games) but a time period that’s been largely left alone, the fallow period between Revenge of the Sith and A New Hope. 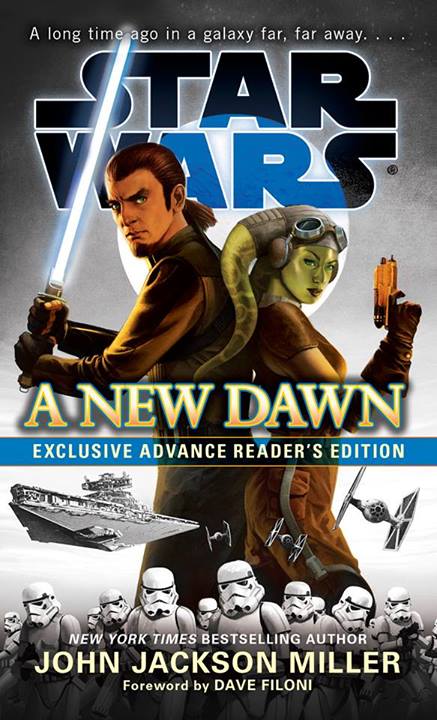 Well, maybe not entirely fallow. We’re near to The Force Unleashed territory in the timeline but like the dodo, that’s history and A New Dawn takes a fresh look at a time a decade before A New Hope, when the Empire was still expanding its influence and taking worlds under its wing. Opening the novel is a prologue set during the Clone Wars featuring Obi-Wan (who’s voice Miller knows well) instructing a group of young students about the homing signal which calls all Jedi back to Coruscant. A young student named Caleb asks an insightful question – can the signal be used to warn Jedi to stay away? Us readers know that answer only too well, but at this time the implications are alien to the assembled Jedi (apart from Kenobi himself).

On to the book. With the subjugation of the galaxy in full swing the Empire requires more thorilide to fuel its various projects, and this brings us to the moon of Cynda, orbiting the planet Gorse. With Count Vidian attempting to improve the mining operations there we are introduced to some classic Imperial scheming, as rivals Barons attempt to scupper his plans to gain points, and all the while Kanan and Hera – our primary characters – intertwine. It’s fascinating to see the first meeting between Hera and Kanan (with their already classic banter in place) and see at this early juncture the deep connections between Kanan and the actions of Revenge of the Sith. A young Jedi Padawan, he fled just as Master Kenobi instructed and an early life of uncertainty and hardship began, always looking over his shoulder in fear of detection. 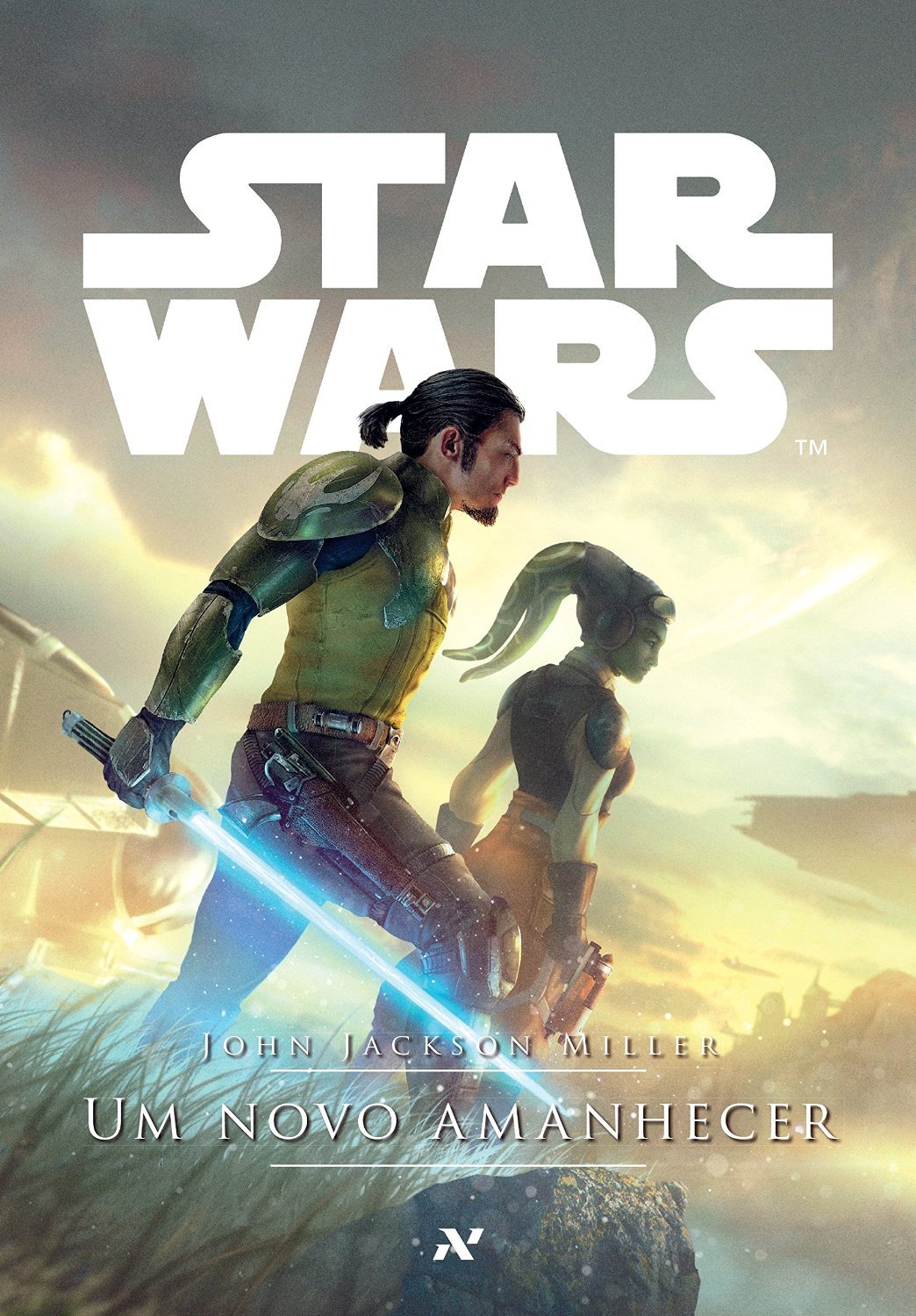 Without divulging the plot it’s refreshing to once again dive deep into classic Star Wars territory, with familiar vehicles and themes. And with Kanan and Hera clearly having a flirtatious attraction to each other we’re set for the classic barbs and banter that Star Wars can deliver so well. We see Hera discover the extent of Kanan’s unique skills, and we even see Kanan’s first meeting with the Ghost. So many firsts, a great way to preface the launch of the TV show and giving readers an early window into the motivations of the characters. Hera, clearly a very capable character shines, as does Kanan and there’s something here that reminded me of the Brian Daley novels, where Daley was only allowed to use Han, Chewie and the Falcon. Apart from Hera, Kanan, the Empire and the Ghost (plus a few flashbacks to Ben Kenobi and Coruscant) everything is Millers, and by dropping these barely familiar characters into new worlds with a fresh supporting cast they are allowed to develop and shine.

Vidian is a solid (literally solid) villain, Skelly a conspiracy theorist who is excellent at blowing things up while Hera is a woman who knows her skills and direction. But Kanan is the star of A New Dawn. Here we meet an arrogant, tough man who’s been ground down by life and the travails its thrown at him over the years. He’s keen to shed his Jedi heritage entirely, as it’s been trailing him like a shadow for almost a decade, but like all good Jedi he cannot resist the lure of helping those less fortunate than himself. And he needs Hera, to bounce off and be an anchor for him. Like Solo and Chewie, she’ll keep him ‘real’ and the hope is that the six years between this and the start of Rebels brings us more novels and stories.

So, an engaging start to yet another era of Star Wars that sets the stall for the series to come. While not the blockbuster some might have anticipated, Miller proves once again that he is a deft operator when it comes to character based tales, and this journey with Kanan shows that he already fully understands the tone and world in which they inhabit. Let’s hope he gets the chance to visit it again, and soon.

Thanks to Random House for the free review copy.