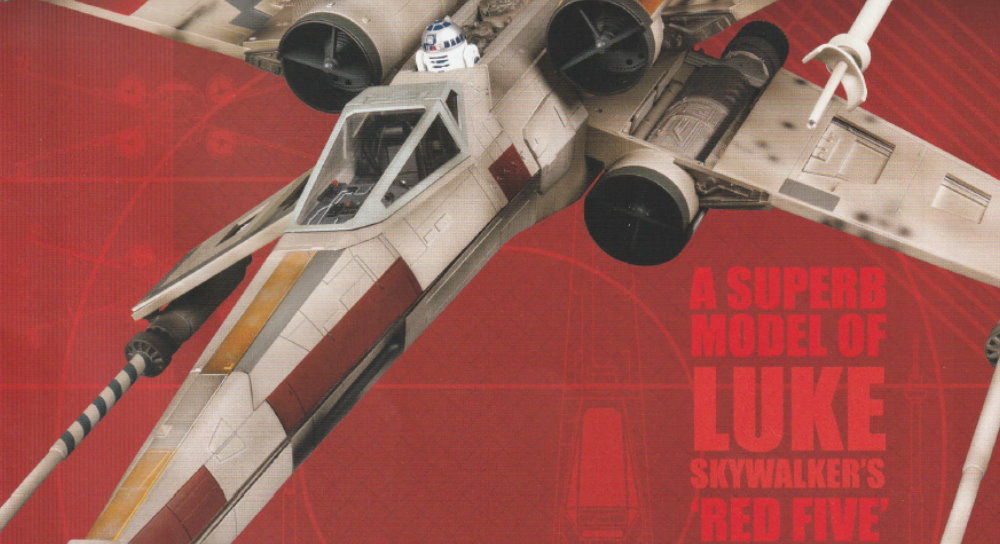 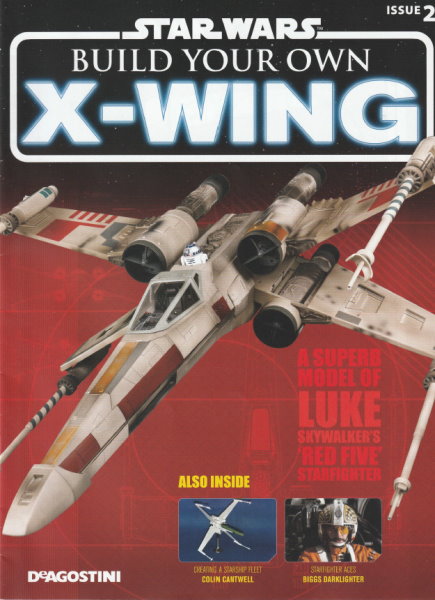 Star Wars Build Your Own X-Wing

Luke Skywalker’s Legendary Starfighter. Inspired by the movie props from A New Hope and The Empire Strikes Back! This iconic spacecraft, instrumental in the destruction of the evil Empire’s planet-destroying Death Star, has now been recreated in stunning detail.

This is a fabulous model for any Star Wars fan – and comes with an assembly guide and magazine full of fascinating facts.

The first issue of the new DeAgostini partwork got the seires off to a solid start, focusing on the man who is arguably the X-Wings most iconic pilot, Luke Skywalker, as well as delving into the minds behind the design of the ship and the physical build process of the model itself and now issue 2 takes us to the earliest designs of the X-Wing and into the cockpit once again with another Red Squadron hero.

Creating a Starship Fleet returns for the second issue and looks at the designs and models of Colin Cantwell. It may surprise many to learn that the iconic and timeless silhouettes of the X-Wing, TIE Fighter and the Death Star were first sketched by George Lucas, who was no artist – they are biro doodles – but clearly had these legendary vessels well in mind. Cantwell took those images and created a model of the X-Wing which opened its S-Foils into a clear X, adding colour to the hull of the ship in a manner reminiscent of the T-70 vessels of the sequel trilogy and in a smart retrofit, the various colours of Rogue One. While Cantwell opted to move onto other projects including Close Encounters of the Third Kind, his stamp was indelibly set on the saga. 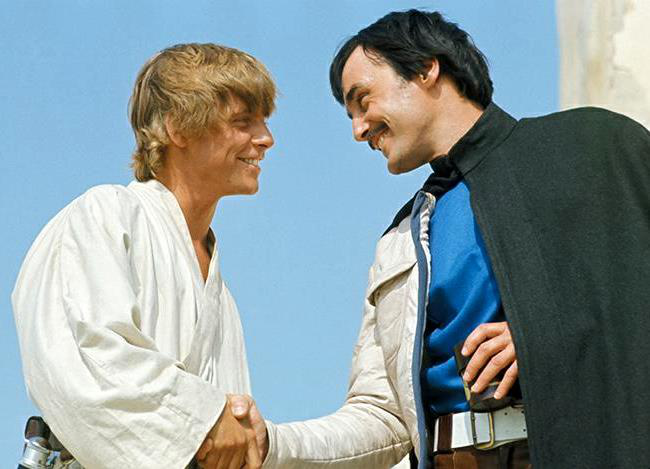 Starfighter Aces keeps its eyes on Tatooine as Biggs Darklighter comes under the spotlight. There’s a very welcome ‘old school’ aspect to discussing Biggs, given he was such a large part of the original edit of the film before being cut back to a supporting role. Anyone who read that original novel at the time of the film coming to the UK will remember well how key Biggs was to Luke’s story. His best friend, slightly older when even a small age gap meant more than it probably should, a hero who joined the academy to jump ship on the rand Ecliptic and join the Rebellion. Biggs showed Luke that there was a wider galaxy beyond the Outer Rim and Tatooine, and us as an audience just how green Luke really was.

Pleasingly, the image of Bigg’s X-Wing has the correct three stripes on the wing, a detail the Special Edition famously missed, and in this section we learn of his noble sacrifice, giving his young friend time to stay ahead of the pursuing Imperial fighters and ultimately destroy the Death Star.

We also have the first In Focus section, looking at the laser cannons of the T-65, which is based around a pleasingly kinetic image of two X-Wings roaring down the Death Star trench.

This issue, the focus of the build is putting your R2-D2 together, along with the laser generator. Fiddly for sausage fingers like me, but as part of a long-term build project well worth the time and effort. We’ll be covering the build of the X-Wing on Fantha Tracks TV at a later time.