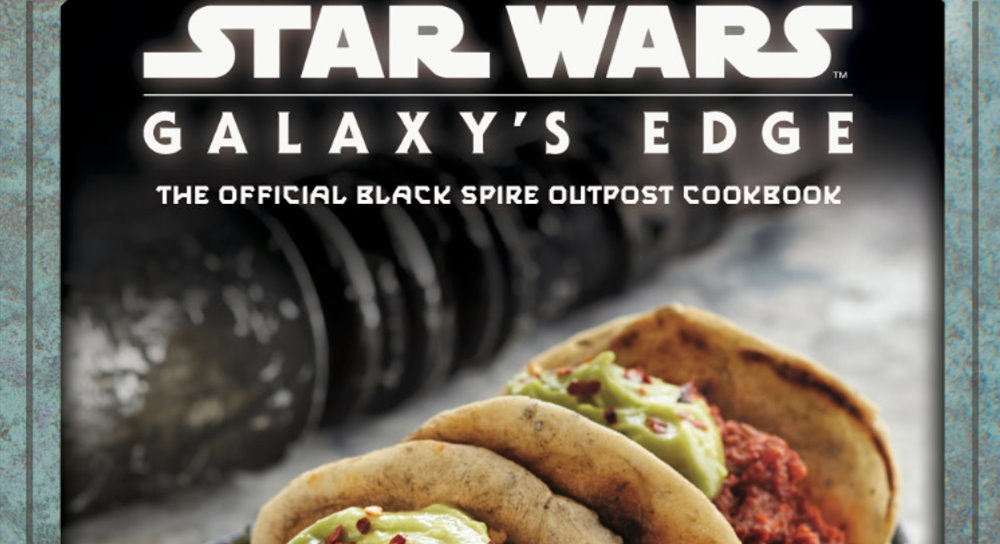 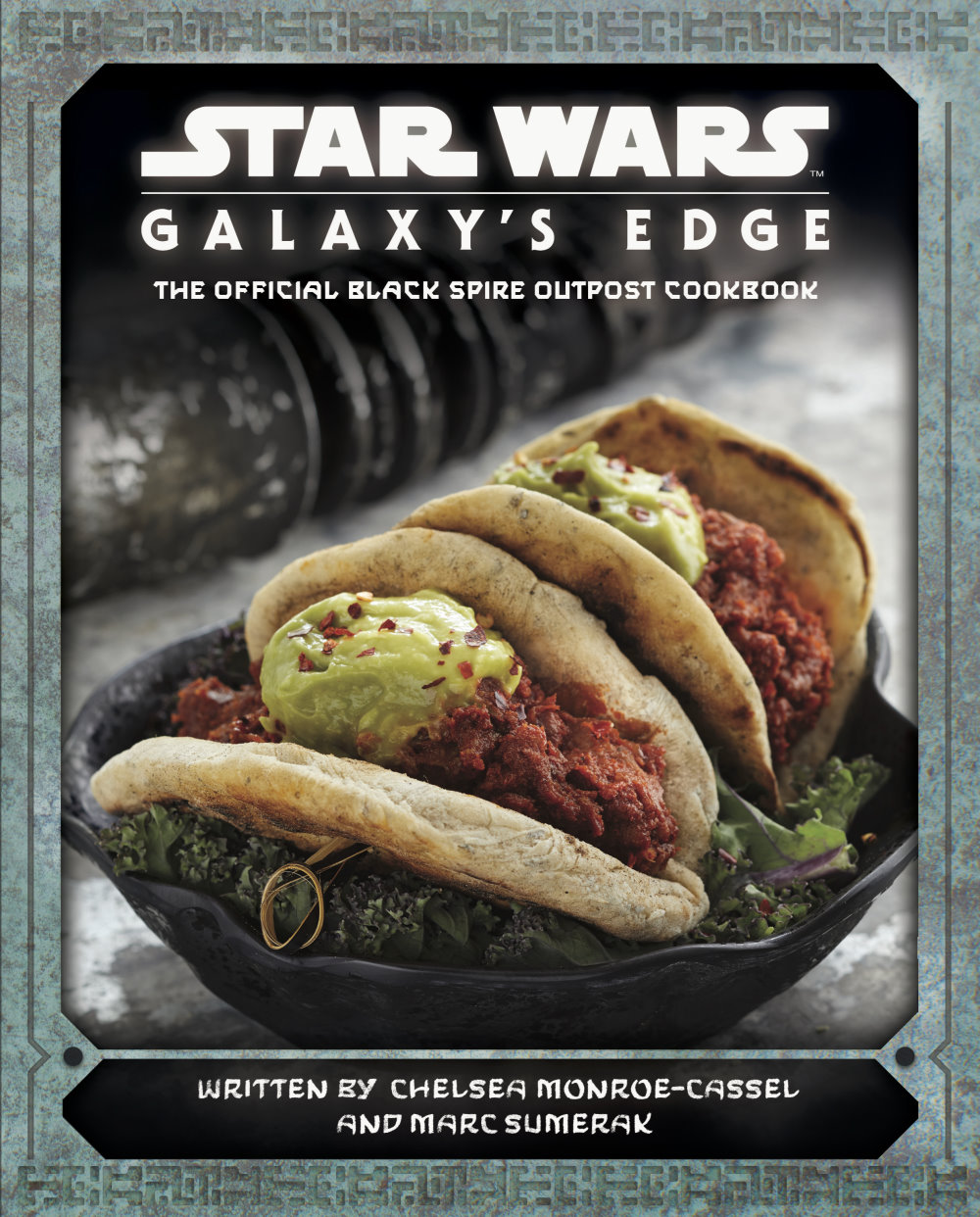 Join intergalactic gourmet Strono “Cookie” Tuggs for a mouthwatering journey into the cuisine of Black Spire Outpost and beyond.

From the swamps of Dagobah to the forests of Endor and the deserts of Jakku, chef extraordinaire Strono “Cookie” Tuggs has traveled countless light-years to compile the galaxy’s most delicious recipes into this unique volume.

With Cookie as your guide, journey to the streets of Black Spire Outpost and discover delectable delicacies such as Braised Shaak Roast, Nerf Kebabs, Mustafarian Lava Buns, Huttese Slime Pods, Spicy Mandalorian Stew, and much more.

Featuring seventy recipes—including sides, sauces, soups, breads, main courses, desserts, and drinks—this comprehensive cookbook is a hyperspace route to the tastiest treats in the galaxy, bringing a little taste of Black Spire Outpost right into your own home.

Galaxy’s Edge has inveigled itself into every corner of the Star Wars story in a comparatively short time, one of which being the food of Star Wars. That may seem like a trivial area of the wider story, but think about it. In a very Mediterranean way, Star Wars has always rotated around food and drink. Qui-Gon and Ben accepting a drink on the Trade Federation control ship, Jar Jar eating a gorg (and spitting it out) led to a meeting with Sebulba, while Anakin, Qui-Gon and Padme got to know Shmi and Anakin better over food. A decade later Ben would grab a drink in the Outlander casino and catch up with his old friend Dex at his Diner on Coruscant while Anakin and Padme would share a romantic meal on Naboo, andover 20 years later their son Luke and his adopted family Owen and Beru spoke over a meal and some blue milk. Luke and Yoda argued over ration cubes and bonded over rootleaf stew on Dagobah, Vader and Fett lured in Han, Leia, Chewie and Threepio across a dinner table on Cloud City and don’t forget the ewoks were going to roast Han, presumably to eat (like they did their vanquished Stormtrooper foes) on the forest moon of Endor. Ahead in the timeline we saw Rey scrabble for one quarter portion of rations to make a meagre meal on Jakku, while Canto Bight was clearly a high dining paradise. You get the picture, food is arguably as important to Star Wars as it is to any other kitchen sink drama (which is where we saw Beru preparing vegetables at the Homestead).

Step forward to now and the release of the Star Wars: Galaxy’s Edge: The Official Black Spire Outpost Cookbook by authors Chelsea Monroe-Cassel and Marc Sumerak. We join chef extraordinaire Strono “Cookie” Tuggs as he takes us on a gastronomic tour of the galaxy, from every corner of the cosmos bringing together recipes and concoctions that allow you to taste the flavours of the galaxy from the comfort of your own kitchen.

Star Wars has done cookbooks before, most famously Wookiee Cookies, BB-Ate and Han Sandwiches, but this hefty book really does attempt to take you into the worlds of the cuisine. From Tuggs introduction where he explains how holovids of a famous chef called Gormaanda gave him the inspiration to make cheffing his stock in trade, through the various types of food available. After a look at Black Spire, specifically Docking Bay 7 and the foods specific to Batuu we look at Condiments, sauces and Garnishes, sides, starters and snacks, soups and stews, breads, main courses, desserts and drinks.

The layout of the ingredients is neat and tidy, with a paragraph of info describing the origins of the item, the prep time and the ingredients required to make it. While these delicacies are designed to give a distinct flavour – in look and taste – of the Star wars galaxy, there’s nothing here that is intimidating. Basically, there’s no reason not to grab the ingredients and have a go at these yourself. As with the recently finished Galaxy’s Edge mini series from Marvel, this gives another insight into the location, one that much like any images of the outpost in Anaheim or Orlando is enough to make you salivate. Great design work from the Insight team, and an immersive writing job from Monroe-Cassel and Sumerak makes for a fun addition to the Star Wars library. And with that I’m off to make some Munch-Fungus Loaf.