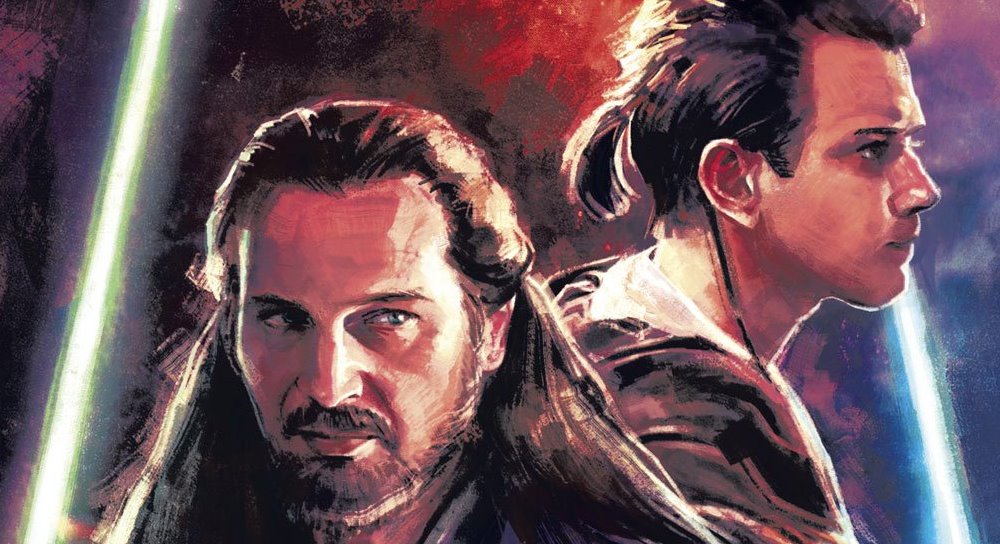 An unexpected offer threatens the bond between Qui-Gon Jinn and Obi-Wan Kenobi as the two Jedi navigate a dangerous new planet and an uncertain future in the first canon Star Wars novel to take place before the events of Star Wars: The Phantom Menace.

A Jedi must be a fearless warrior, a guardian of justice, and a scholar in the ways of the Force. But perhaps a Jedi’s most essential duty is to pass on what they have learned. Master Yoda trained Dooku; Dooku trained Qui-Gon Jinn; and now Qui-Gon has a Padawan of his own. But while Qui-Gon has faced all manner of threats and danger as a Jedi, nothing has ever scared him like the thought of failing his apprentice.

Obi-Wan Kenobi has deep respect for his Master, but struggles to understand him. Why must Qui-Gon so often disregard the laws that bind the Jedi? Why is Qui-Gon drawn to ancient Jedi prophecies instead of more practical concerns? And why wasn’t Obi-Wan told that Qui-Gon is considering an invitation to join the Jedi Council—knowing it would mean the end of their partnership? The simple answer scares him: Obi-Wan has failed his Master.

When Jedi Rael Averross, another former student of Dooku, requests their assistance with a political dispute, Jinn and Kenobi travel to the royal court of Pijal for what may be their final mission together. What should be a simple assignment quickly becomes clouded by deceit, and by visions of violent disaster that take hold in Qui-Gon’s mind. As Qui-Gon’s faith in prophecy grows, Obi-Wan’s faith in him is tested—just as a threat surfaces that will demand that Master and apprentice come together as never before, or be divided forever.

Claudia Gray has done it again, she has followed in her own footsteps with Bloodline, Princess of Alderaan and Lost Stars and has quite frankly delivered a book in Master & Apprentice that is an utter privilege to read.

As you can probably tell from the above blurb, this is set before The Phantom Menace, in fact, according to Claudia Gray this book is set seven years prior to the film putting Obi-Wan at about 17 years old. This is by far and away the earliest we have explored within the refreshed canon and this setting brings a lot of joy to this prequel generation fan. 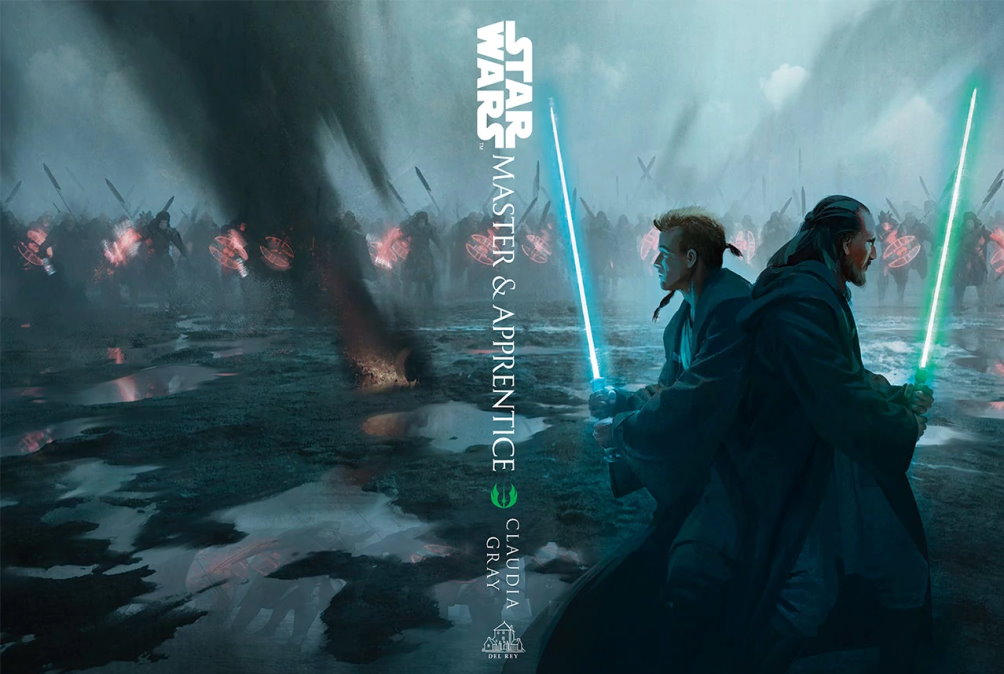 Within the first chapter I felt like I was immediately amongst old friends. I had smiled knowingly at character traits and had a chuckle at the inward thoughts of these beloved characters. Within a few pages I was hooked and as the book continued the time spent with them began to feel even more precious as so little content has been based within this time period.

Gray begins the novel with an action packed sequence within a Hutt base and I felt immediately endeared towards Obi-Wan as the apprentice as he makes mistakes and leaps in to all activity with furious enthusiasm trying to impress his rather aloof and analytical master. From the off Gray is laying the foundation for the key relationship within this novel and showing reasons as to why their frustrations with each other may grow and ultimately end their time together. 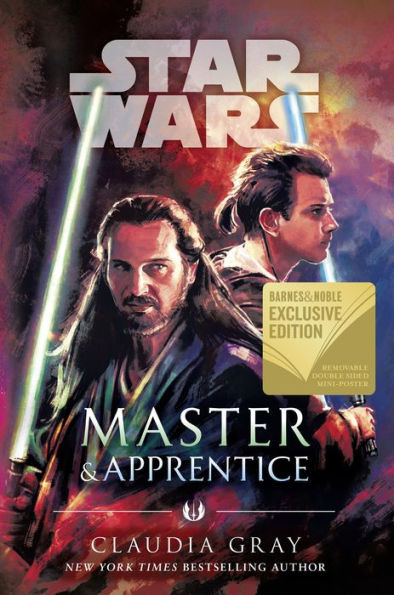 This uneasy partnership is expertly explored as you discover the pain and doubt that Qui-Gon carries with him due to past experiences and his time as Dooku’s apprentice. The count wasn’t exactly a warm character to his padawan learner and Qui-Gon has taken this example into his time as master. This resulting hardened exterior is met with the confusion of an adolescent in the form of Kenobi who yearns for a deeper relationship with a more rule abiding master, and that is something Qui-Gon just cannot give. These fissures give a fascinating insight into the life of a master and their padawan and shows the complexities of such an important relationship and Gray is able to do this in an entertaining and illuminating way.

As for the overall plot, think a “whodunit” – Qui-Gon has a force vision of violent disaster and amongst the feisty and untrusting royal court of Pijal there are suspects everywhere. It is the job of the Jedi to avert a crisis and to restore order. Easier said than done as Gray lays the framework for betrayal from all sides and on every page.

This is incredibly important! We, of course, know that Qui-Gon and Kenobi will survive this ordeal, but due to the mystery that unfolds and enwraps every character we are left in the middle of a pulsating story with a large amount of danger to all the other protagonists, plus, the unanswered question of who is behind the political terrorism that is gripping the planet. There is absolutely no danger of the book becoming stale (which can’t be said for all Star Wars books) as Gray takes us on a yarn with many a twist that ends very unexpectedly! 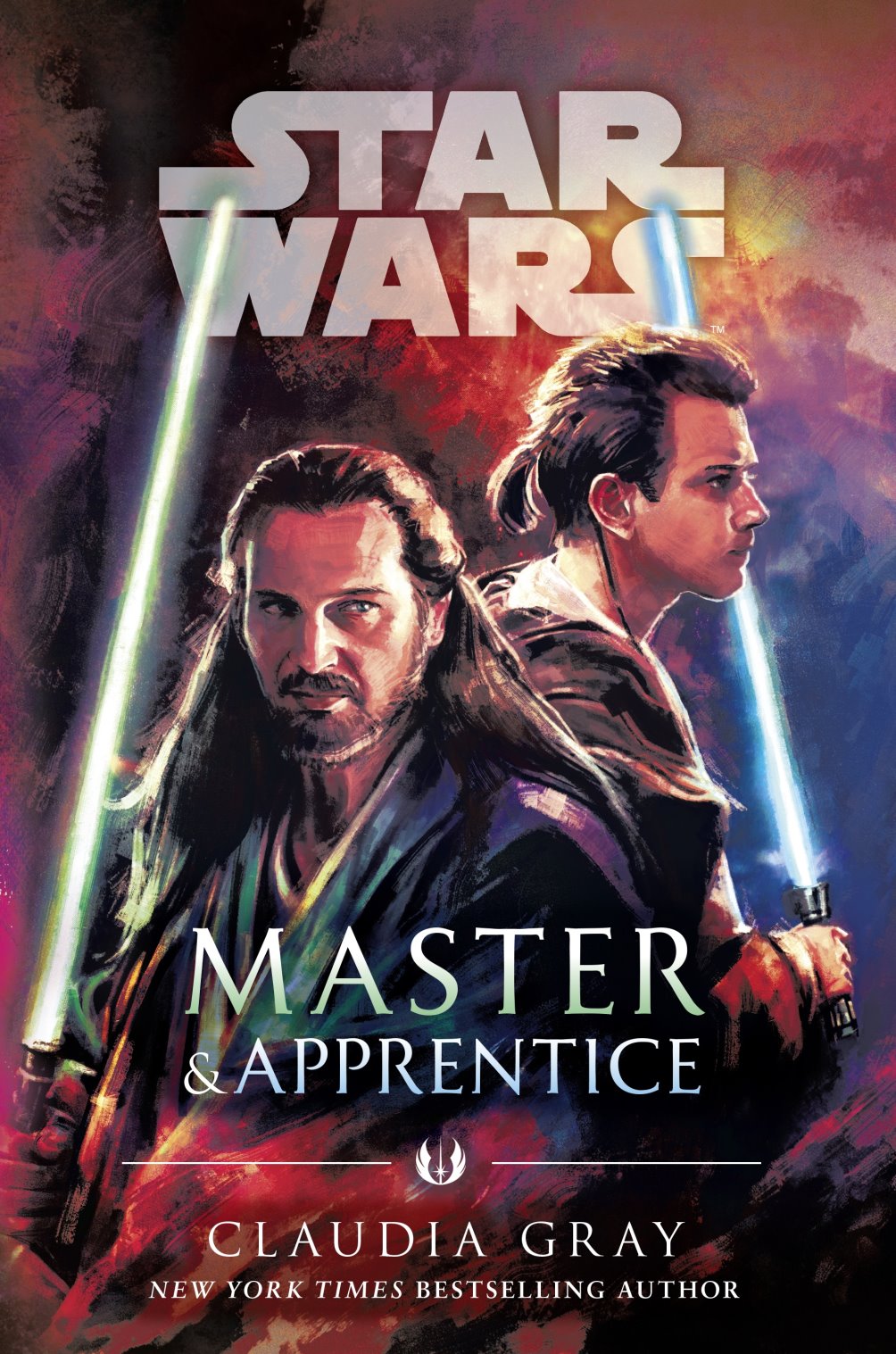 As well as a good story the lore and history of the Jedi is also exceptionally important to a lot of readers, well, they’ll be delighted to know that there is a lot of it! You may have seen in the excerpts released by Star Wars, that there are flash backs to Qui-Gon’s time as Dooku’s apprentice. These reveal a lot about the latter’s character and the importance of the Jedi’s prophesies that were so relevant in The Phantom Menace. There is a particular section (page 199) which left me with my mouth open as the history given felt so deliberately teased and sounded exceptionally exciting – I felt I could see the story groups hands all over it and it delved in to periods never dreamt of.

Before I finish, I have to mention the art work. The cover is exceptional. It’s a beautiful book to look at and the Star Wars splash page at the front is gorgeous. A cover never results in a good story, however this novel is enhanced by it. As for the convention cover, that is by far the best looking cover we have had so far.

Star Wars: Master & Apprentice is a wonderful novel that highlights Claudia Gray as the best writer in Star Wars. It’s a pleasure to be reacquainted with these much loved characters in a new setting and there is so much to discover and learn within these precious pages – reading this book was a joy.

Thank you to Star Wars Books U.K for the review copy.