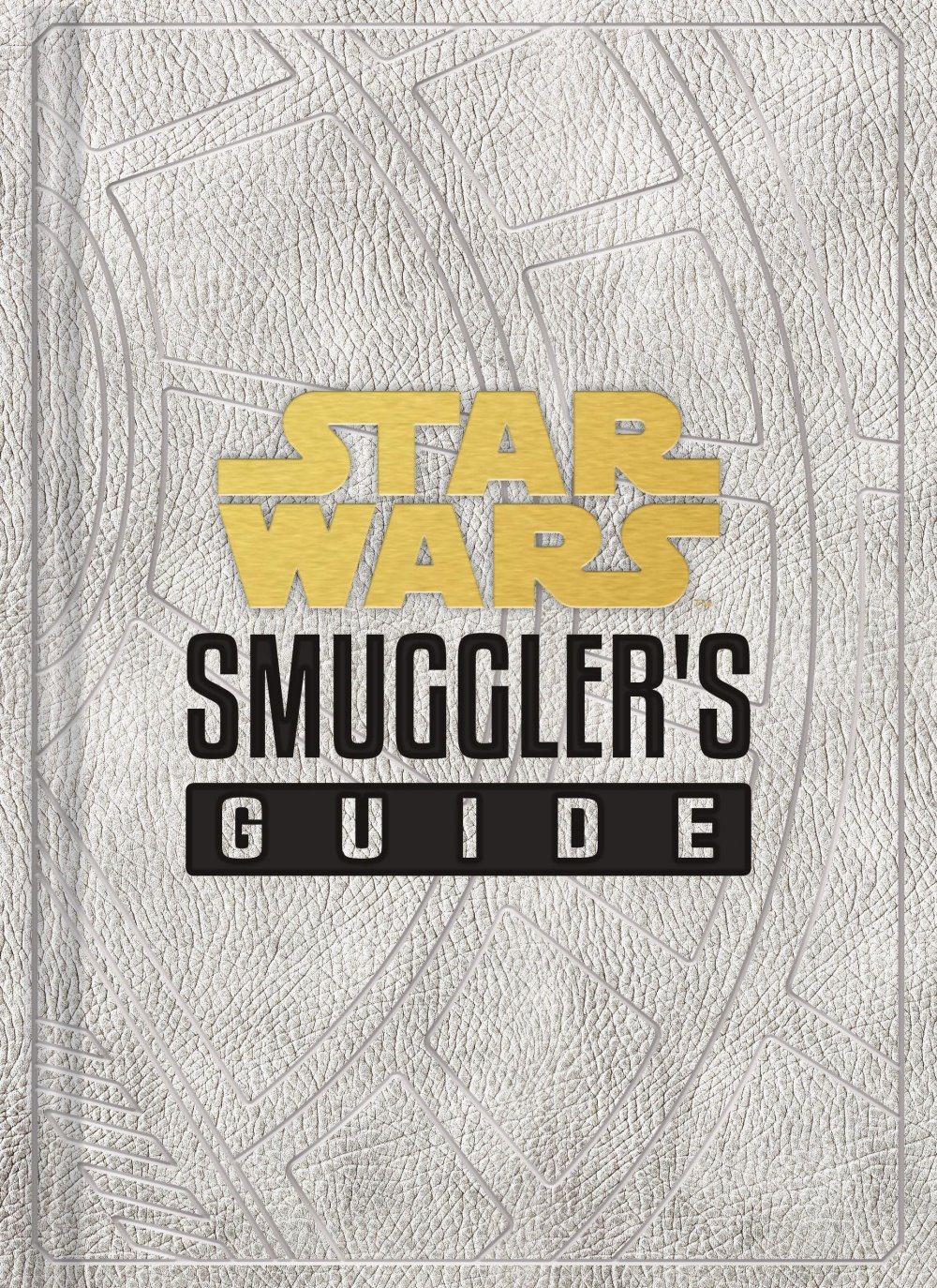 Recovered from a strongbox on the Millennium Falcon, Star Wars®: Smuggler’s Guide started as a simple logbook with a piece of valuable information. But it was soon stolen, traded, and smuggled around the outer rim and shady ports, through the hands of such notorious characters as Maz Kanata, Hondo Ohnaka, Dryden Vos, and Lando Calrissian, until it ultimately ended up in the hands of the outlaw Han Solo.

With each pirate, thief, gambler, and criminal who took possession of the book, new insights and details were added, creating a coveted collection of hidden treasure locations, advice, and hard-earned data.

A must-have in-world handbook to the galaxy’s underworld, Star Wars®: Smuggler’s Guide is a crucial and hugely entertaining read for fans seeking a deeper understanding of the saga.

While we have all the guides and reference books we could ever hope for about Star Wars here on earth in the 21st century, you have to wonder how many books and helpful guides there are out there to steer galactic travellers true while they traverse the winding lanes of the galaxy. The latest in his long-running series of guides which so far have looked into the world of the Empire, bounty hunters, the Jedi and more, this leads us into the underworld from the focal point of the Millennium Falcon’s logbook, and as you browse through its pages you realise the ship and the knowledge it’s collated are an invaluable history of a period of galactic history – told from a certain point of view – that both spans the cosmos and tells a very personal story.

First off, a lot of very familiar characters get name-checked in the book, from Hondo Ohnaka to Maz Kanata and as the book unfolds and the galaxy is spanned, you realise just what a small galaxy it really is as their stories criss-cross and weave around each other. We’re given insights into the major crime syndicates of the galaxy, who stand at the pinnacle of the underworld while smaller organisations battle underneath for dominance, and are allowed looks at galaxy maps previously not seen. I was fascinated to finally find out the galactic map locations of Lothal and Batuu, two pieces of information I didn’t expect to find in here.

We gain insight into the minds of these principal underworld characters – and learn all about The Book of Hondo (modest as ever) – and sight names from the distant past (an original Han Solo trilogy villain gets a 30% share as boss), all the while mixing classic and current characters from around the timeline. It’s fast, pacy, colourful, fascinating to read and certainly one that spacers will want to browse through again and again.

There really is a lot to take in here, and in an era where there are vast numbers of books, comics and TV series adding to the canon the amount of information is dazzling, so it’s fortunate that Dan Wallace is so adept at this, always dropping knowledge, never allowing the book to wallow or slow down. You could easily imagine the gossip of the lanes being packed with the kind of information contained in here as deals are struck, missions completed and scams prepared.

As a fan of the underworld and the geography of the galaxy this is another treat of a release, bringing focus to the many stories being told and placing certain characters and organisations into some kind of structure – a crazy, zany structure that covers the galaxy. All filters through to those five major crime houses, but the final page – a very personal message from Leia Organa – makes you realise these characters all have lives of their own, which was something I didn’t expect to be reading in a book like this.

Hats off to Chronicle for nailing it once again, and the ever-dependable Dan Wallace for the insight he always brings. I’m sorely tempted to try and track down the deluxe edition based purely on the quality of the book as it’s got me buzzing for future adventures on the hyperlanes.