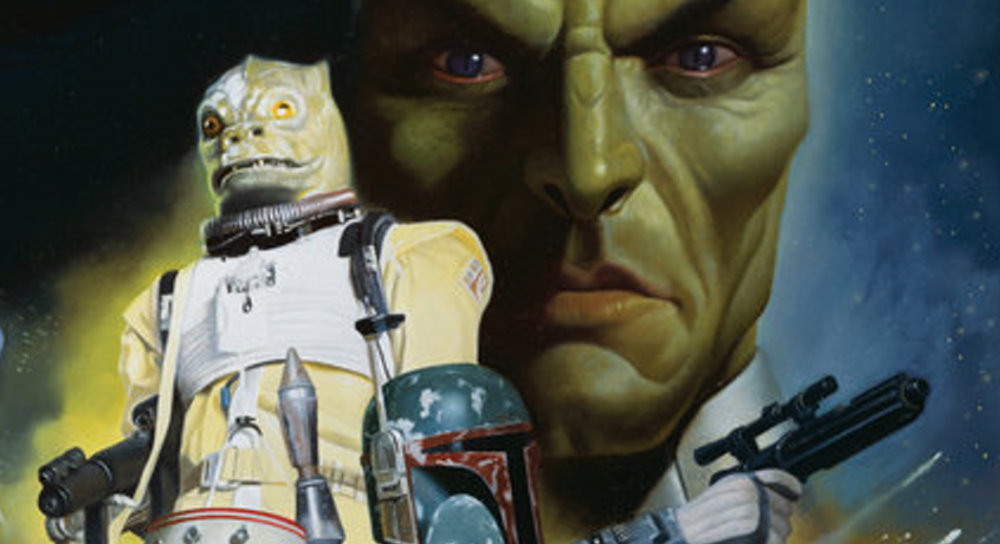 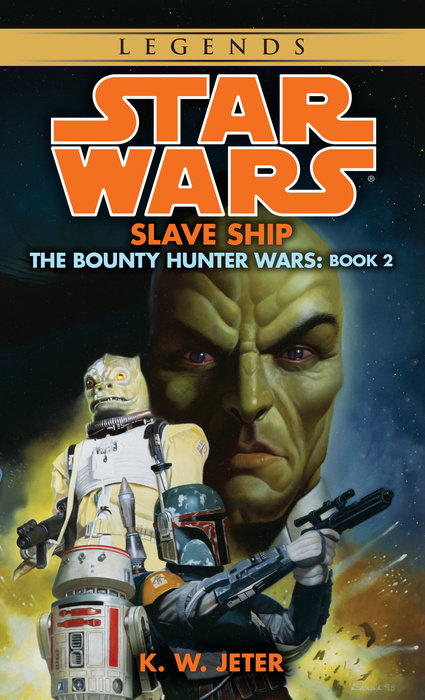 He’s both feared and admired, respected and despised.  Boba Fett is the galaxy’s most successful bounty hunter.  Now he finds himself the hunted in the oldest game of all: survival of the fittest.

The once powerful Bounty Hunter’s Guild has been shattered into warring factions.

Now the posting of an enormous bounty on a renegade Imperial stormtrooper is about to start a frenzy of murderous greed. Hoping to fuel rumors of his death, Boba Fett abandons his ship, Slave I, and sets out to claim the prize.  Yet his every move leads him closer to a trap set by the cunning Prince Xizor.

Fett will die before becoming Xizor’s pawn in the Emperor’s war against the Rebels.  And he may have to.  For in order to gain his freedom he must outwit a sentient weapon that feeds on human spirits.  Then he must escape a galaxy of deadly enemies who want to make the rumors of his death a reality. 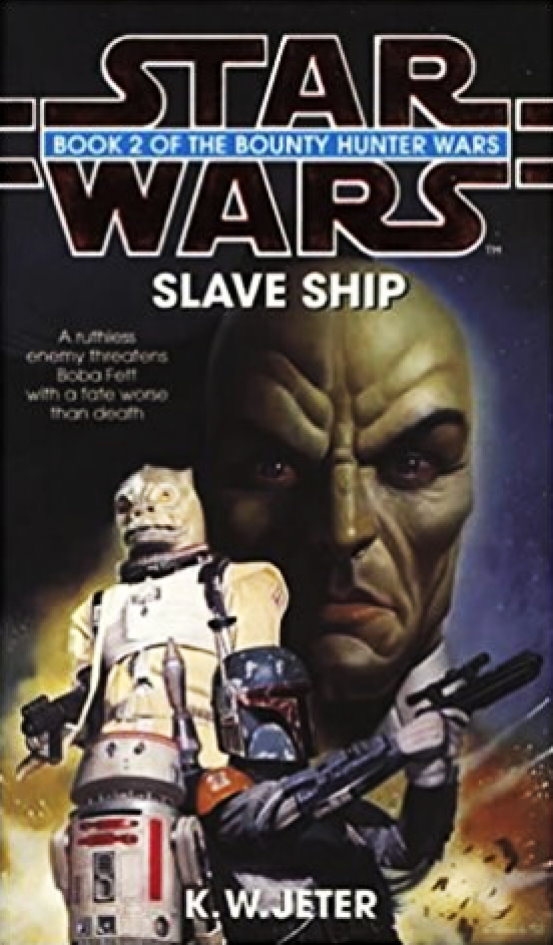 The second book in a three-part series, Slave Ship goes to great lengths to fill in the backgrounds of Boba Fett and the Bounty Hunters Guild.

Picking up where the first book left off,  it plots the continuing downfall of several of the Bounty Hunters Guild members. Though this book is not as intriguing as the first, it fills in much of the history of enmity between Boba Fett and Bossk.

At the same time we are allowed to see behind the scenes and experience the personal battles and their ramifications between the Empires supposedly loyal servants, Darth Vader and Prince Xizor.

While treading water somewhat and reiterating many of the plot points that have gone before, this book builds upon the first in the series and leaves you longing for the third.

The original version of this review was published on www.wirezone.co.uk on 1st October 1998.