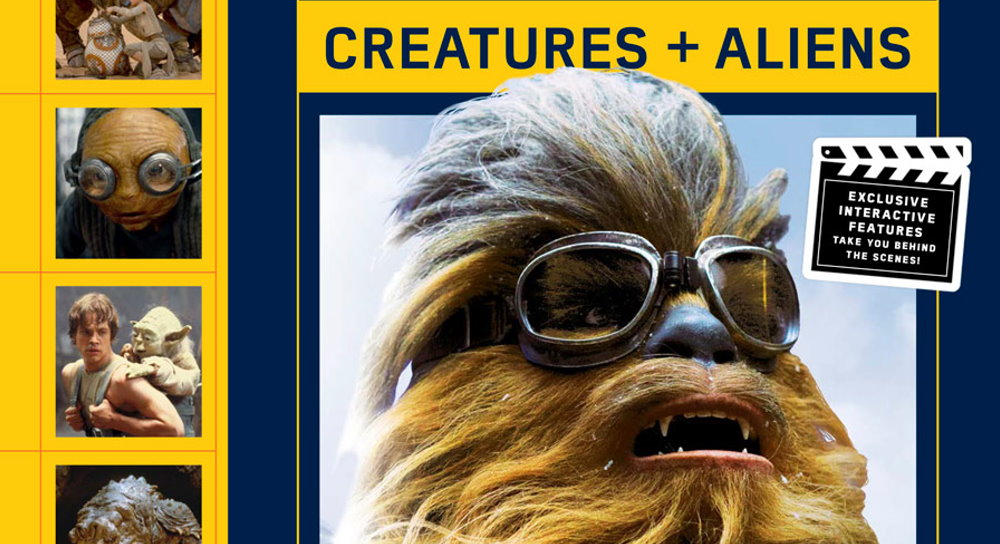 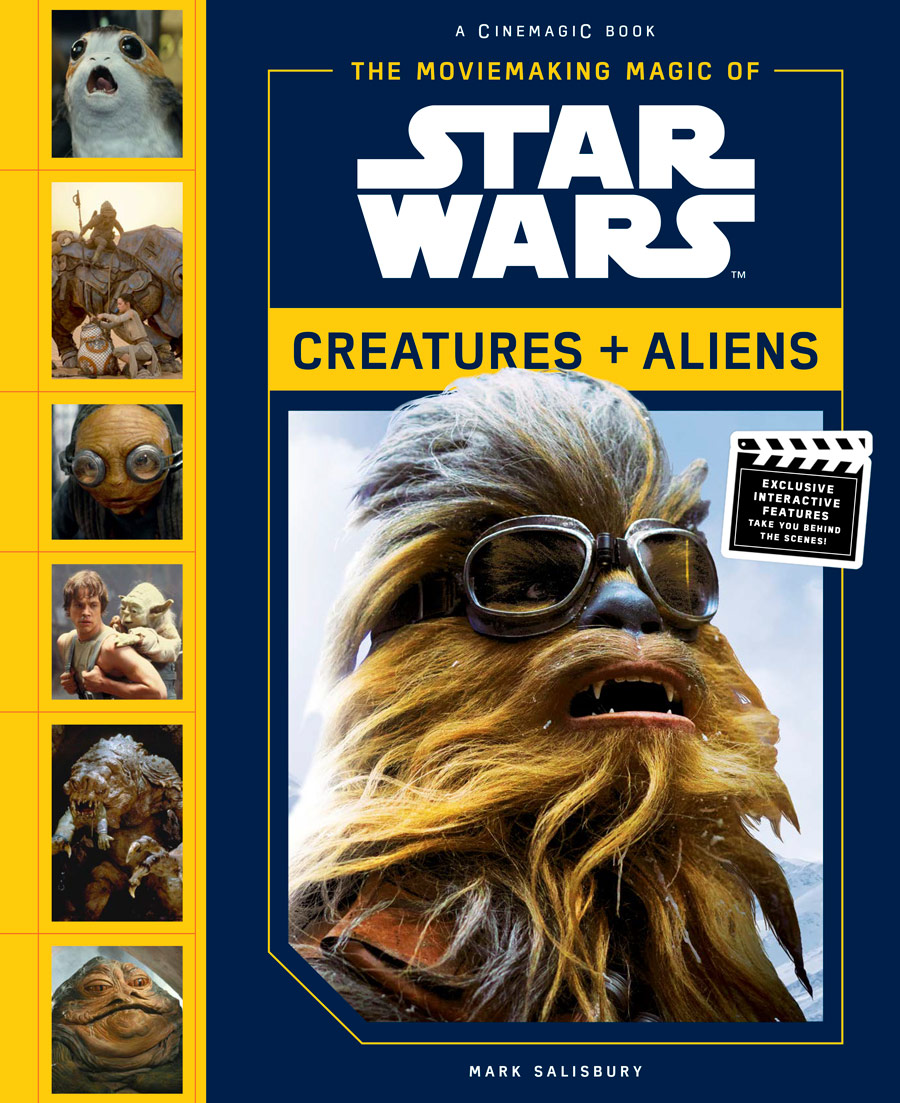 The Moviemaking Magic of Star Wars Creatures and Aliens

Go behind-the-scenes of the biggest movie franchise of all time in this immersive and interactive book to see how favorite characters—Chewbacca, Yoda, Jabba and more—were created from concept to screen. This collectible book includes 20 special interactive elements, including six-page booklets, accordion folds, and flaps that reveal the magic behind the movie with concept sketches, molds, digital imagery and more! Includes creatures and aliens from all 10 Star Wars films from A New Hope to Solo: A Star Wars Story

Abrams are currently rolling out a line of high quality Star Wars books to promote Solo: A Star Wars Story. A few days back we reviewed The Art of Solo and now we thumb our way through The Moviemaking Magic of Star Wars Creatures and Aliens.

Ever since classic releases like the Star Wars Scrapbook and Star Wars Vault back in the day, Lucas Licensing have had great fun adding additional booklets, pullouts and gimmicks to their releases, and Creatures and Aliens continues this fun tradition in great style.

Focusing on the exotic aliens of the galaxy, author Mark Salisbury has dived into the menagerie and worked his way through the saga, starting with A New Hope back in ’77 right through to this years Solo. Refreshingly, the book doesn’t rehash everything we already know about these classic creatures but instead gives a fascinating insight into the design, build and craftsmen behind them.

Concept and pre-production sketches, early versions of CGI creations, maquettes and plenty of paths not taken, this gives just as much attention to the inspirational starting points of Ralph McQuarrie, Joe Johnson and many, many others. Certain films have more 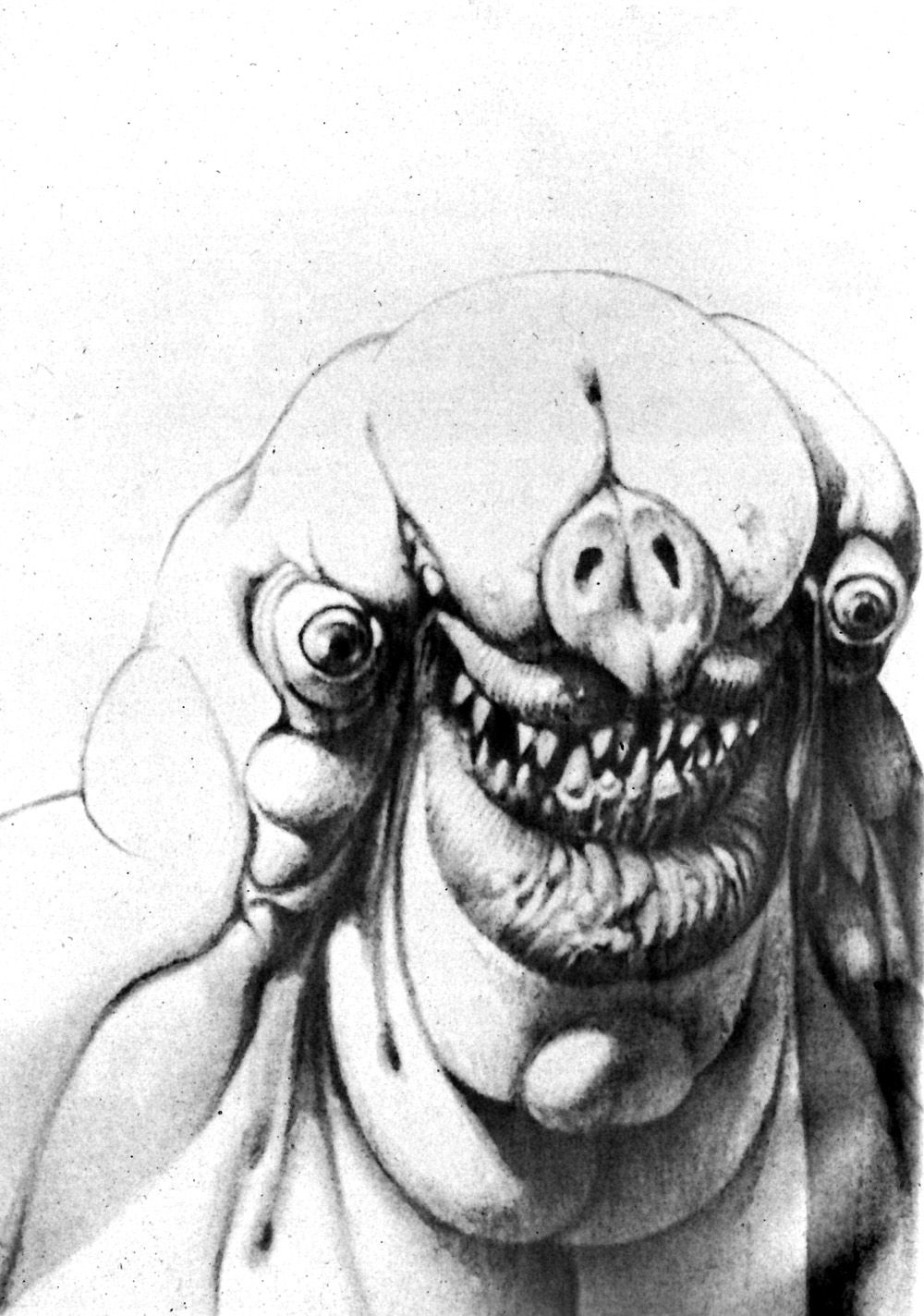 on them than others, their creatures having been heavily focused in other publications like J.W. Rinzler’s unmissable The Making of Revenge of the Sith. Thankfully that gives more room to look at the modern, less familiar era with more pages given to the sequel trilogy and Rogue One. Given this book was delayed from being a part of The Journey to The Last Jedi there is less room to focus on Solo, with only Lady Proxima and Rio Durrant featured, but all that says to me is that there’s a book out there somewhere waiting to be written giving us a deeper dive into the amazing work Neal Scanlan and his team did on the film.

The book takes a good look at Maz Kanata back when she looked very much like E.T. and even manages to include a full page dedicated to the star of The Force Awakens, our very own Constable Zuvio. That alone makes it worth the price of purchase. Occasional pages give us an insight into the thoughts of the creatives. Doug Chiang gives us his 5 tips on creating a memorable character while director Rian Johnson discusses directing Chewbacca. They are brief dips into the minds of these essential crew members, and highly illuminating.

If this is what we can expect from Abrams then they can happily can keep knocking out top notch products like this all day long. Along with DK, who have been in a good groove for many years with their various ranges of book, Abrams dips into the Star Wars galaxy have become absolutely essential. The artwork is perfectly chosen, the photography giving us unseen looks at the production (the photo of Kelly Marie Tran and the Fathier on page 135 is quite frankly adorable) and the design of the book well considered.

If you love Star Wars and have a soft spot for the creation of these amazing creatures then do yourself a favour and order this book, you won’t regret it.

Many thanks to Abrams Books for the free review copy.