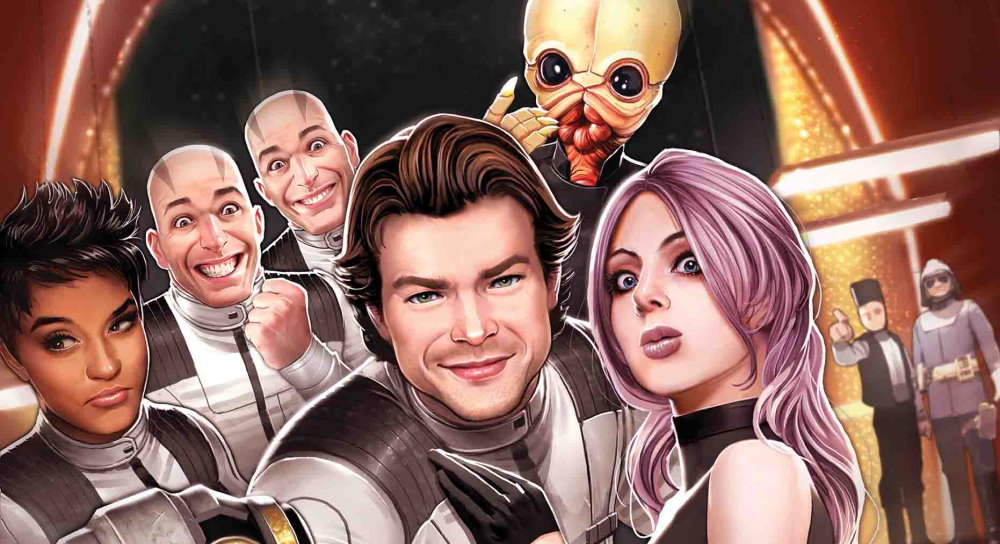 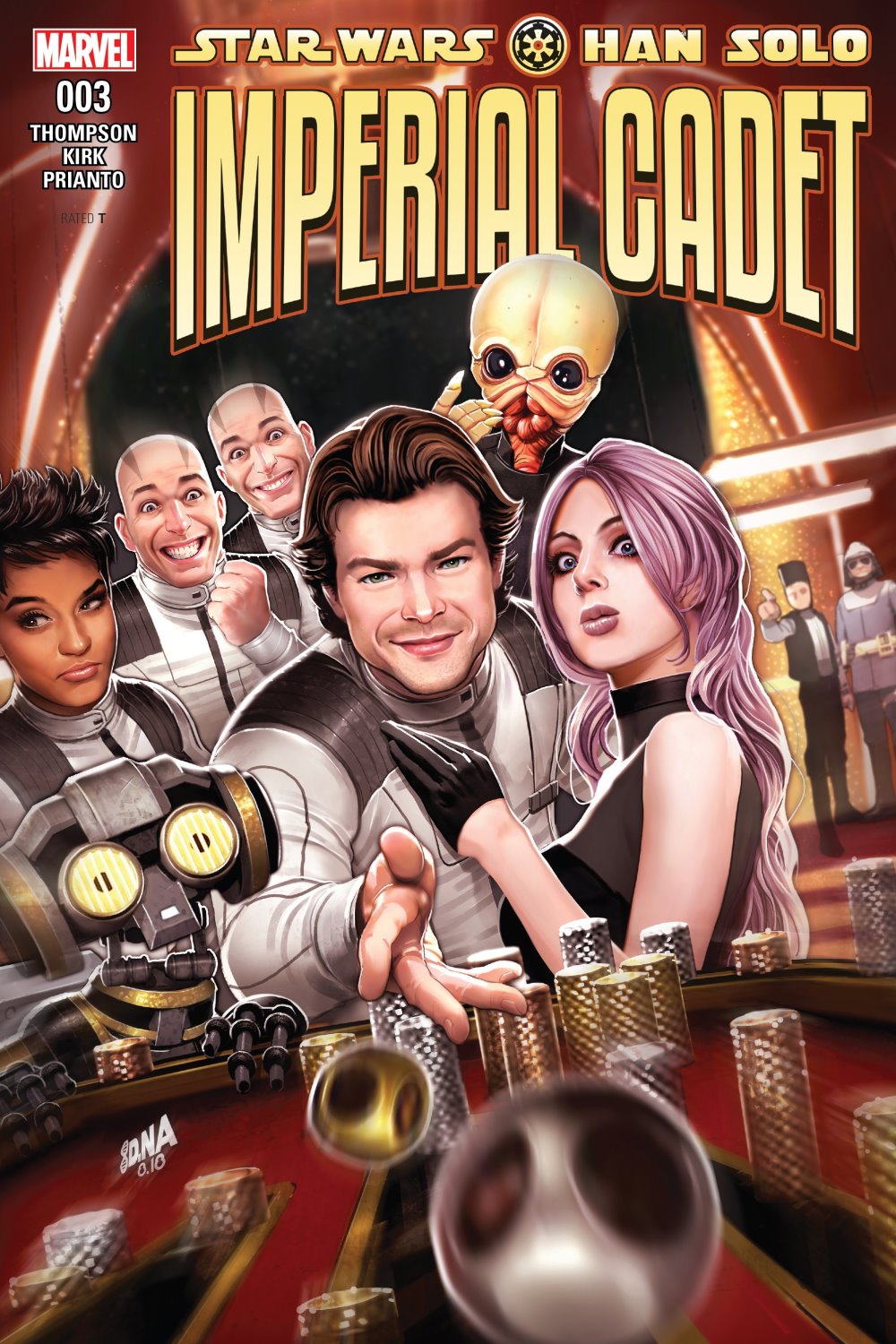 CASINO ROYALE! Han Solo gets demoted for insubordination – dragging his fellow cadets down with him.

They go from flying TIE fighters to flying a giant cargo ship. Han’s expert flying cuts their cargo ship’s flight time in half, allowing them to stop at the casino for some hard earned R&R.

But Han’s fellow cadets quickly learn this little “vacation” was NOT authorised by the Empire and, thanks to Han, they’re all consider AWOL!

Han and his fellow cadets’ are being reprimanded for their failure in last issues’ trial mission. Their punishment? To fly their fellow cadets to TIE training and turn the hunk of a cargo ship back round to the Imperial Academy upon Carida. Han, as ever, has other ideas and I can happily say this issue is by far the best of the bunch.

Our beloved scoundrel has enabled said cargo ship to have a slight speed boost resulting in them being able to make a stop off at a pleasure cruiser on their way home. His sole aim is to find out some information on how Qi’ra is doing on Corellia and whether she survived their failed escape.

Delightfully, this issue is all about the characters that we have begun to know over the last two issues. Han is able to get rid of his tormenter Valance and spend some quality time with the twins and the elusive Kanina. Thompson brings the laughs with Lyttan and Tamu and brings true growth to Kanina’s character as we learn a little more about her and why she decided the Empire was the place for her. This was essential for the series to flourish as with two issues remaining we needed some stakes on these relationships and Thompson had delicately and eloquently enabled us to care more about Han’s new found friends and also wonder how exactly he ends up within the infantry.

I have to say, the art is a lot of fun. It doesn’t take itself too seriously and catches the colour and imagination of a moveable casino with some wonderfully depicted aliens and a stunning full page spread – the work is sumptuous and has been a highlight across the comic so far.

Imperial Cadet has hit a home run with issue three, it sours above the other two issues and now I’m now fully invested in to where this story ends up, it truly does show that great character work makes one heck of a difference and Thompson has delivered.