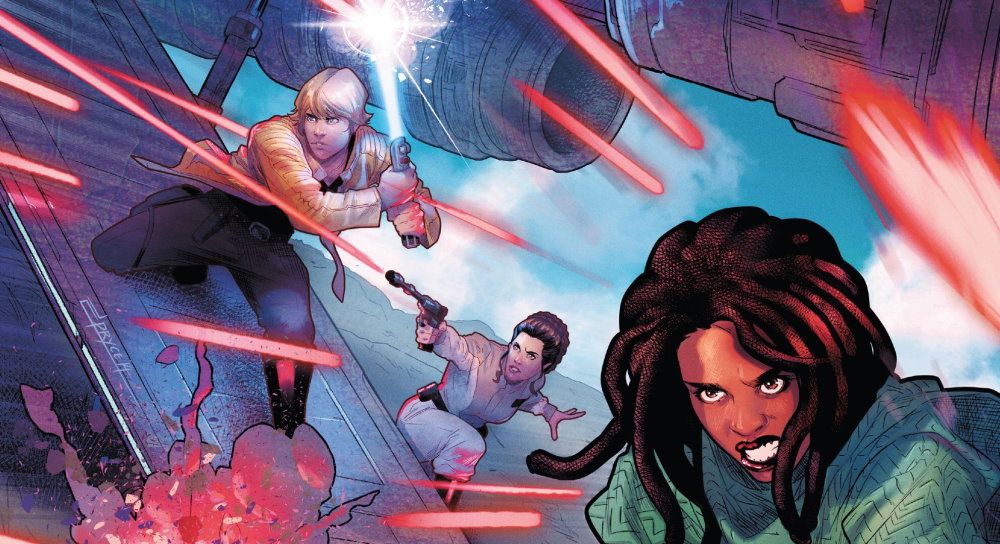 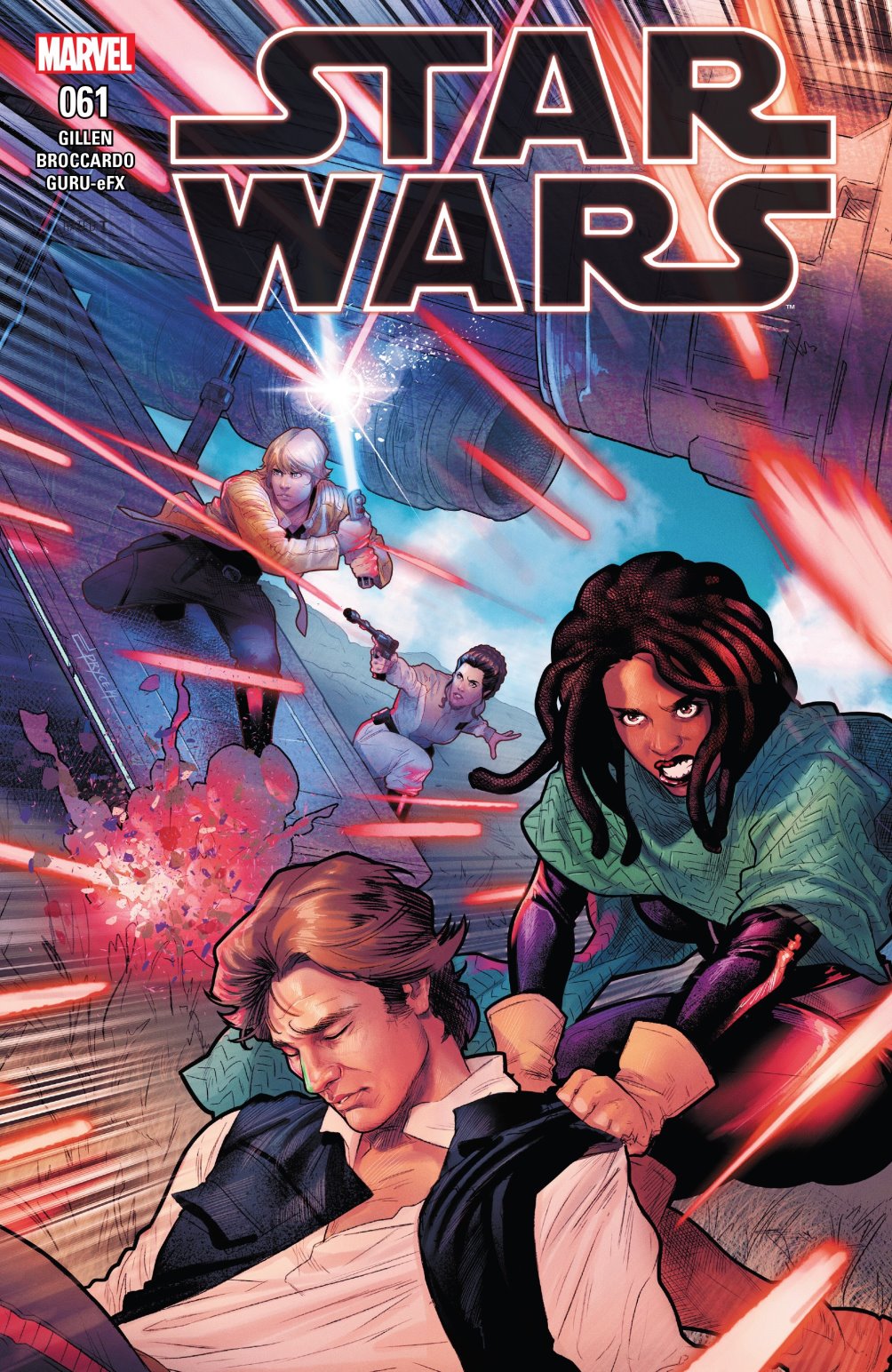 Queen Trios’ betrayal has left the heroic Rebel Alliance scattered and at the mercy of the evil Galactic Empire!

While stranded on the isolationist moon of Hubin, Luke Skywalker, Princess Leia Organa  and Han Solo proved themselves to the leader of the colony, the former mercenary Thane Markona, and the warriors of his clan have joined the fight against the Empire.

But the Thane fell to blasters of the elite stormtroopers of SCAR Squadron. And the rebels only narrowly escaped thanks to the help of Markona’s daughter, Tula. The future of the Rebellion still hangs by a thread…. 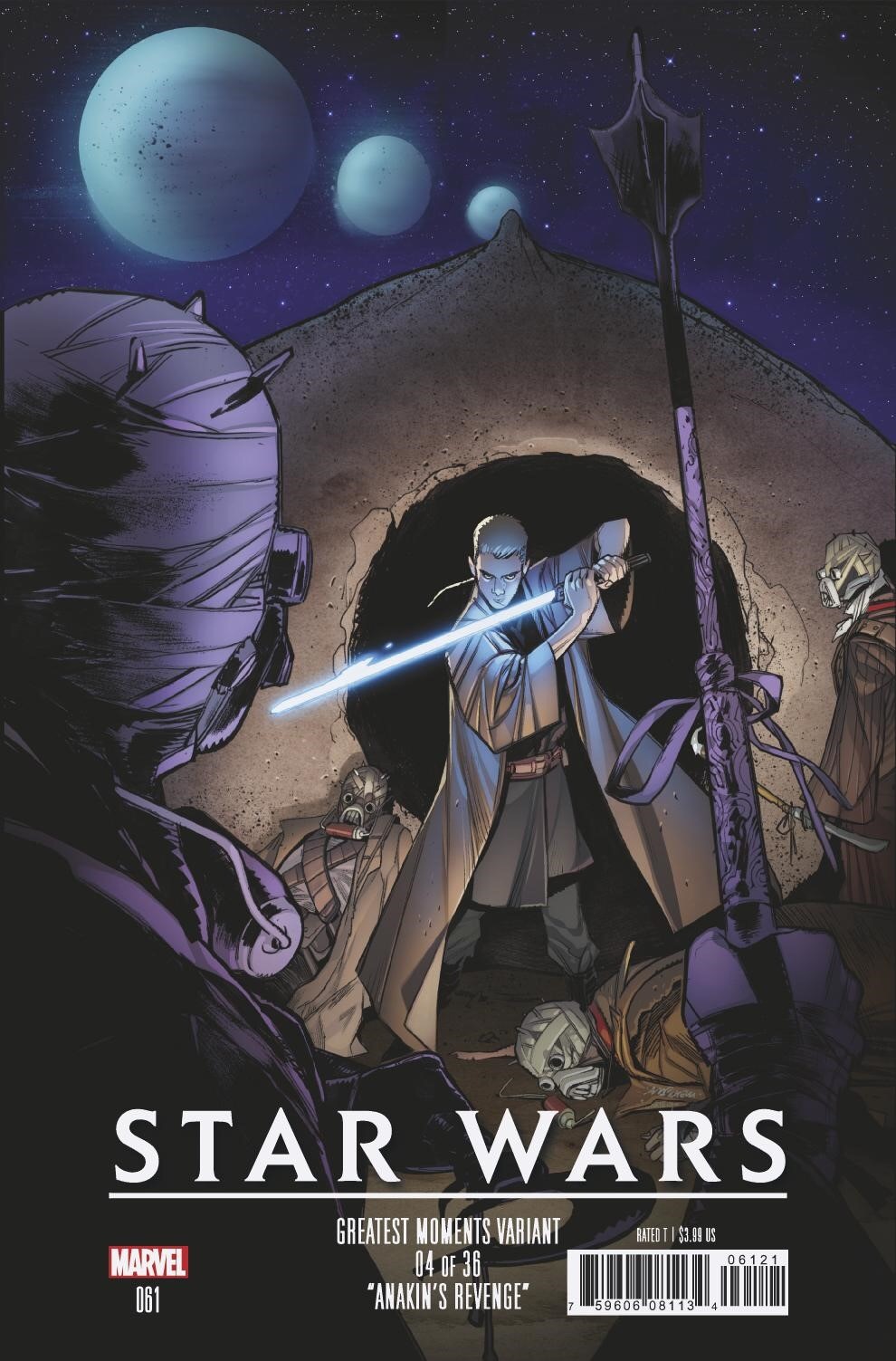 The final chapter of “The Escape” opens with our Rebels raiding an Imperial Impound Yard to retrieve Sana Starros’s ship the Volt Cobra and find a suitable ship for the Markano Clan. The latter takes off in a starship that very much appears to be Dash Rendar’s Outrider which hails from Steve Perry’s Shadows of the Empire novel. Since Dash’s ship is a modified version of the YT-2400 transport, making it unique, it’s relatively safe to assume it is the same ship without directly identifying it. (The starship also made an appearance in the Star Wars: Rebels episode Iron Squadron).

Following the raid, the Rebels finally have a lead to finding the Rebel Alliance. We learn that when it comes to his appearance, C-3PO is a formidable negotiator. Shortly after, Han Solo is reunited with Chewbacca and his beloved Millennium Falcon. Princess Leia lays out her plan against Queen Trios to Admiral Ackbar and the Rebellion begins to prepare. Finally, we find the stranded SCAR Squadron is not out of the game yet. Despite their struggle with quelling the Thanrax (Hubin’s indigenous predator), they discover Princess Leia’s plans for Shu-Torun. 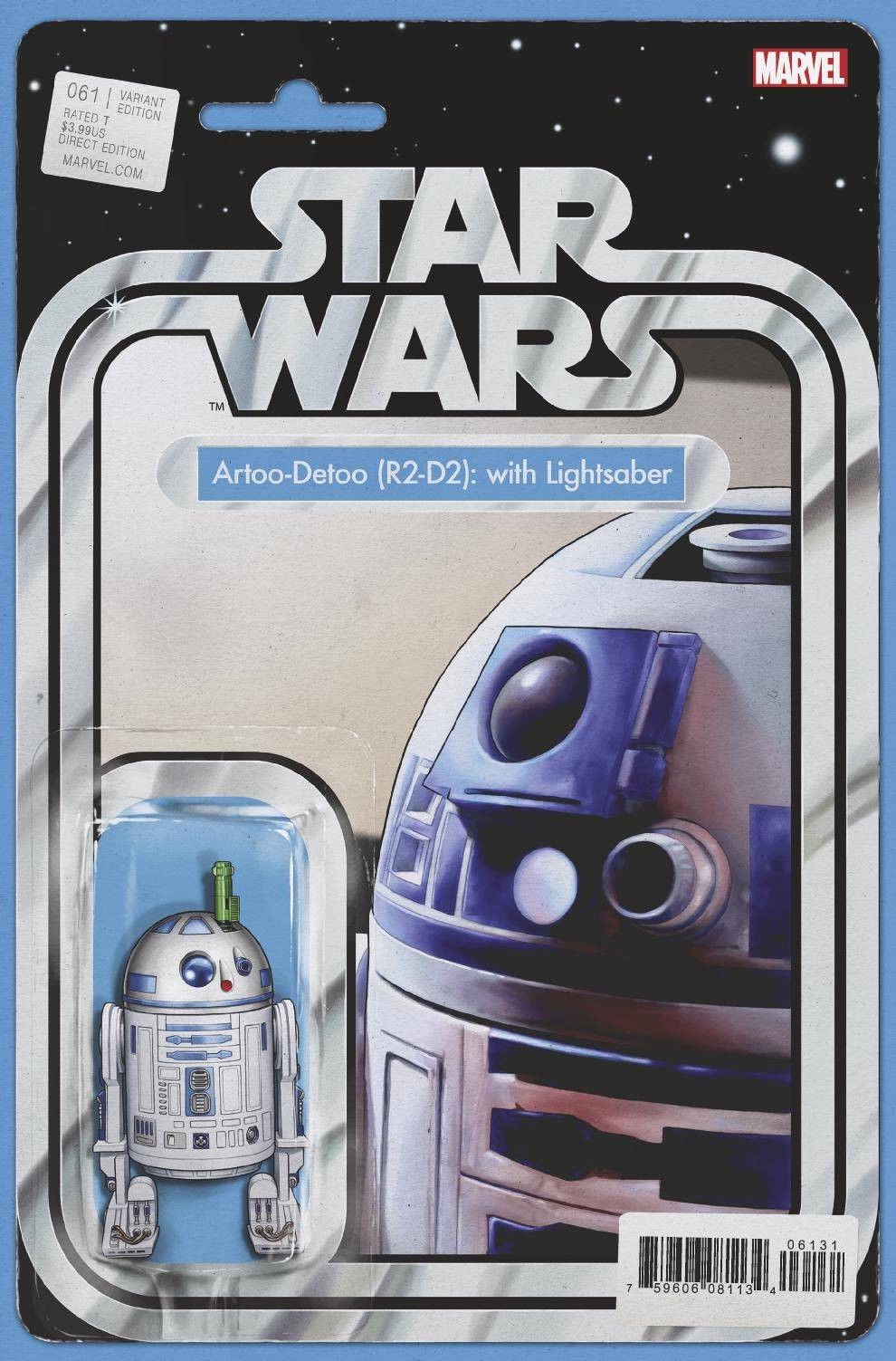 I always enjoy nods to the Expanded Universe whether it’s the movies, animated series, etc. I recall the much-anticipated release of Shadows of the Empire in 1996 and often revisit the various media forms it was released in. In what felt like forever, it was just three years until the debut of The Phantom Menace.

Honestly, I wasn’t impressed with “The Escape” at the beginning but the strings were drawn together and by its conclusion I was completely vested. The anticipated title of the thirteenth story arc, “The Scourging of Shu-Torun” is interesting. It doesn’t necessarily imply the Rebel Alliance will be wielding punishment. In the sense of “revenge” is not in the philosophy of the Jedi, the term “scourging” is not one I would apply with the Rebels. I don’t see the Rebel Alliance flaying their enemies with “cat-o-nine-tails” regardless of their transgressions. We will see! Next month is sure to be exciting!