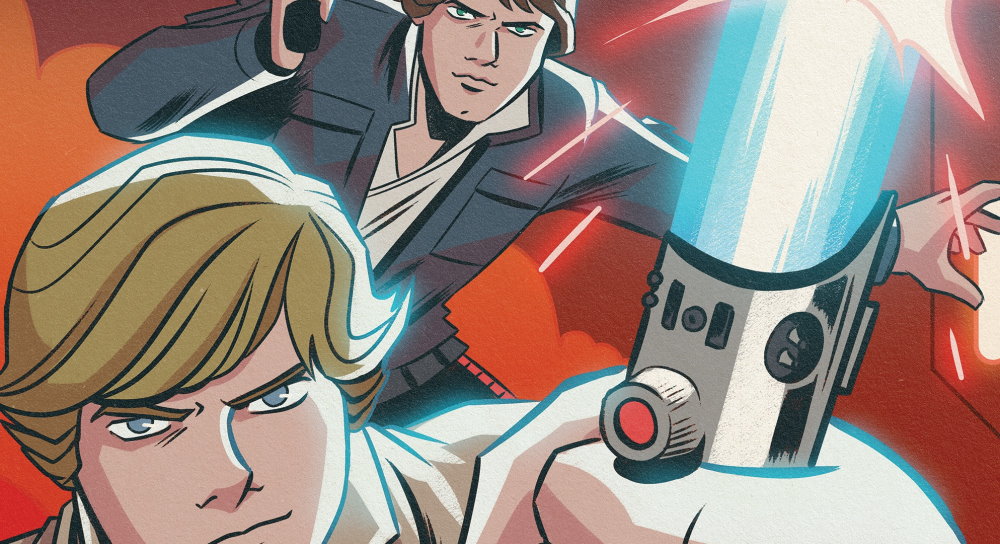 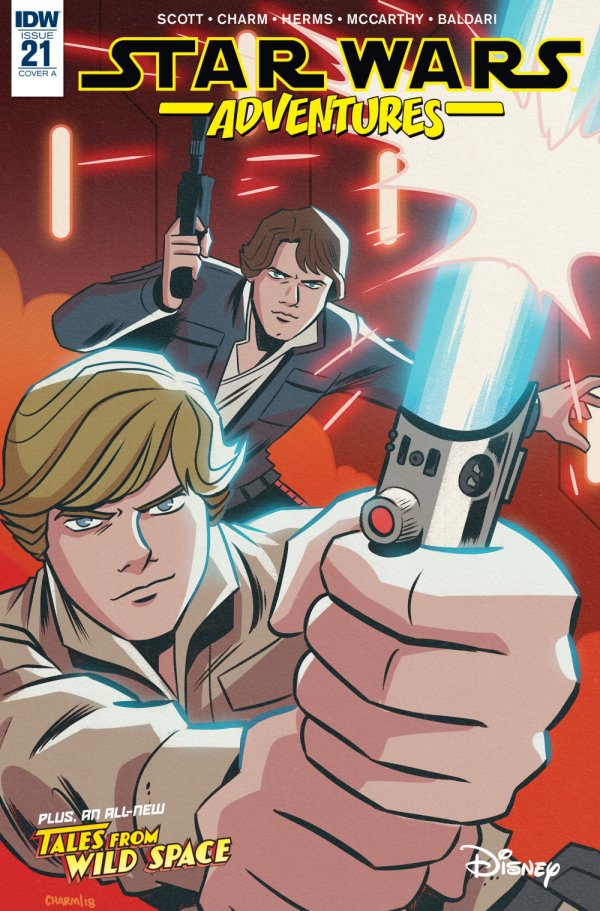 The Original Trilogy gets the spotlight starting this issue!

Not ones to rest on their laurels, Han and Luke embark on a mission to secure equipment for the fledgling rebellion in this exciting tale set just after A New Hope!

Tales from Wild Space: The Heist 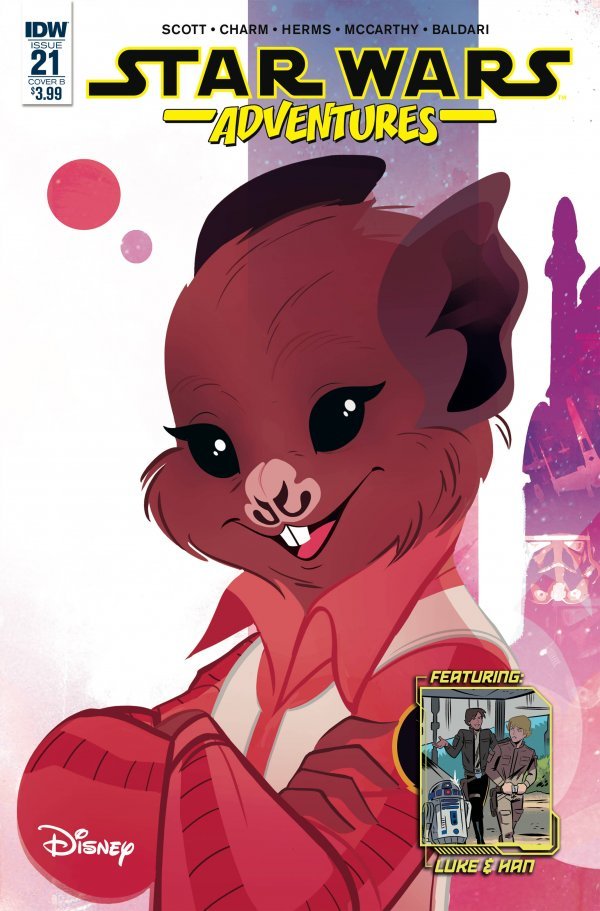 Issue 21 dives into the original trilogy opening with a light-hearted tale featuring Luke Skywalker and Han Solo. Occurring sometime between A New Hope and The Empire Strikes Back we follow Luke, Han, and Chewbacca on a mission acquire desperately needed supplies for the Rebellion. The opportunist Han Solo leaps at the idea of wagering the purchase funds on entering a Swoop Race which would not only replenish the Rebel’s coffers, but he can turn a profit as well. On the other hand, Luke Skywalker is the mission driven responsible adult-type that sees the folly in Han’s plan. Caught in between is their silent partner, Chewbacca.

Despite Chewbacca’s misgivings, Han “borrows” some of the funds and enters the race as himself. In his mind the obvious choice of pilot to win the race but some observant and savvy bounty hunters have discovered an opportunity that would increase their profits—Jabba the Hutt’s bounty on Han Solo! Nicoletta Baldari brings Shane McCarthy’s story to life with her unique style. McCarthy’s tale introduces us to the Kabe, patron to the Mos Eisley Cantina. The unassuming Chadra-Fan is not be judged by (as indicated by Nicoletta Baldari’s Variant) it’s cover. We learn Kabe is one of the toughest customers in this “hive of scum and villainy”. Coming up short on a bar tab, Kabe sets out to single-handedly carry out a dangerous mission and return to reap it’s award with enough Blue Milk to last a lifetime.

The issue adds another fine chapter to the series. Nicoletta Baldari’s artwork is the most distinguishing factor. Her style jumps from the pages leaving you feeling as if you are watching an animated short rather than reading a book. The art is perfectly matched with Shane McCarthy’s whimsical tale that would surely entertain any age group.

It goes without saying that Cavan Scott and his creative time have been relentless with driving this series with great art and fantastic stories. Granted the title is geared to the younger audience but I am as eager to pick up the forthcoming issues as much as I am with any other publishing company’s offerings. Branching off into the Original Trilogy is surely going to be a fun ride.