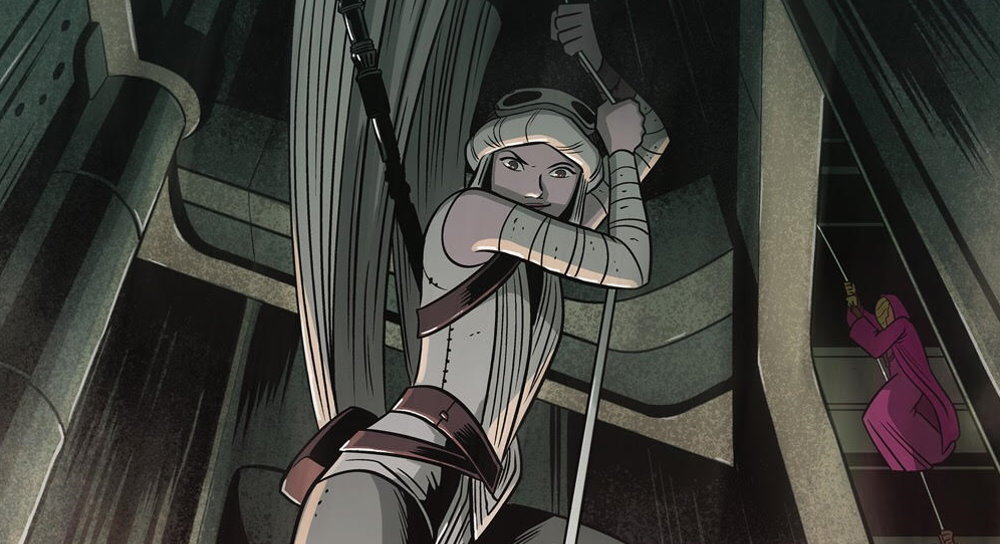 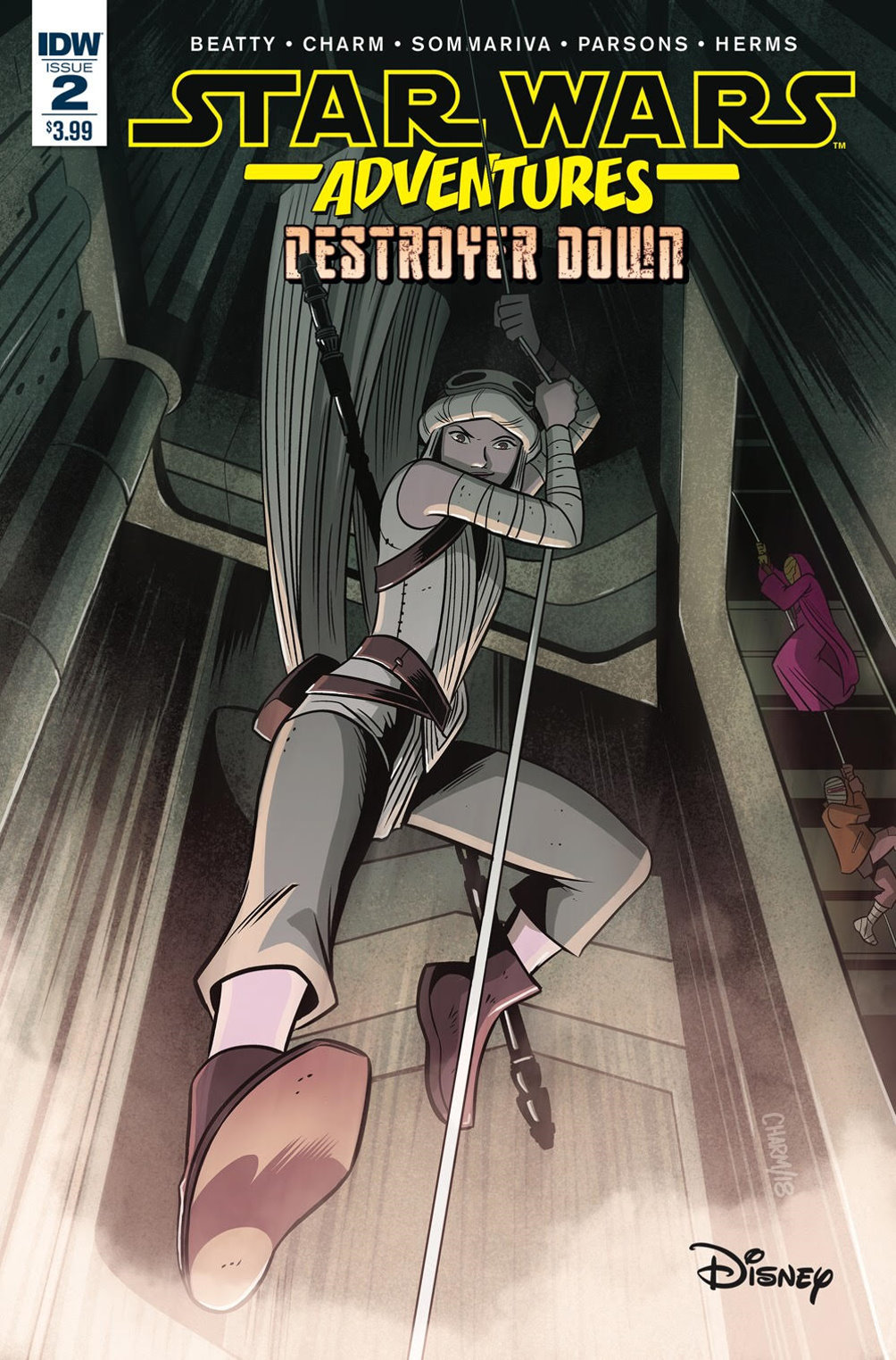 Swallowed by the shifting sands of Jakku, the Imperial Star Destroyer Spectral has been lost for two decades, giving rise to rumors of hauntings and buried treasure.

But an epic sandstorm has revealed the ruins of the starship, and renowned scavenger Rey now leads the race to claim whatever lies within!

Three-issue mini series set during the days before The Force Awakens!

Includes a backup story depicting the Battle of Jakku, revealing how the Star Destroyer Spectral met its fate during the last days of the Empire!

A long time ago in a galaxy far, far away…In the decades after the fall of the Empire; the Star Destroyer “Spectral” has remained beneath the sands of Jakku, where rumors of ghosts and treasure have swirled around.  Now a sandstorm has uncovered its remains—and the scavengers of Niima Outpost are racing to get their hands on anything they can—and Rey is in the lead…. 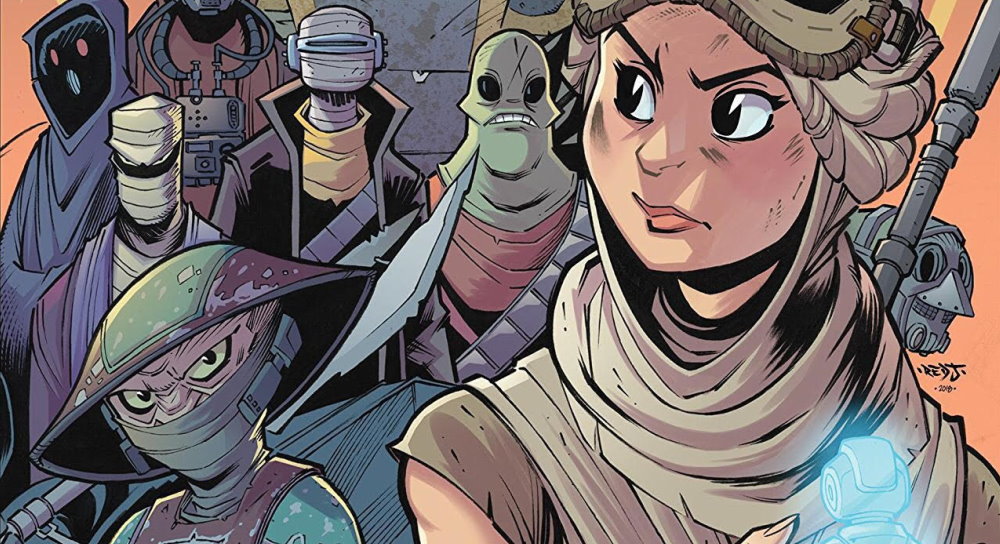 The second issue continues Scott Beatty’s three-part series featuring Rey before The Force Awakens and its backup story which takes place during the collapse of the Empire following Return of the Jedi. We follow Rey into the cavernous bowels of the Star Destroyer Spectral to discover its secrets. Unkar Plutt’s henchmen continue shadowing her exploration, however, there is another presence lurking in the shadows.

The mutual fate of the Spectral and Bak Rychuk is further detailed in the second story. The Star Destroyer was fatally damaged when Bak’s Y-Wing became entrapped in the ship’s hyperspace wake. Bak vows to ensure the Spectral is destroyed by any means necessary as he is stranded on board by his damaged fighter. As Rey ventures further into the Spectral she encounters Bak’s astromech droid. Zeetoo, Rychuk’s astromech droid, has been fastened to the ceiling of the Spectral diligently awaiting someone to arrive so that it could deliver a data disc. Apparently, Rey fit the droid’s opinion of character to trust with disc. The disc appears to contain Bak Rychuk’s final transmission, but further viewing is interrupted by Plutt’s cohort of bumbling lackeys. It will be interesting to find what else it contains. 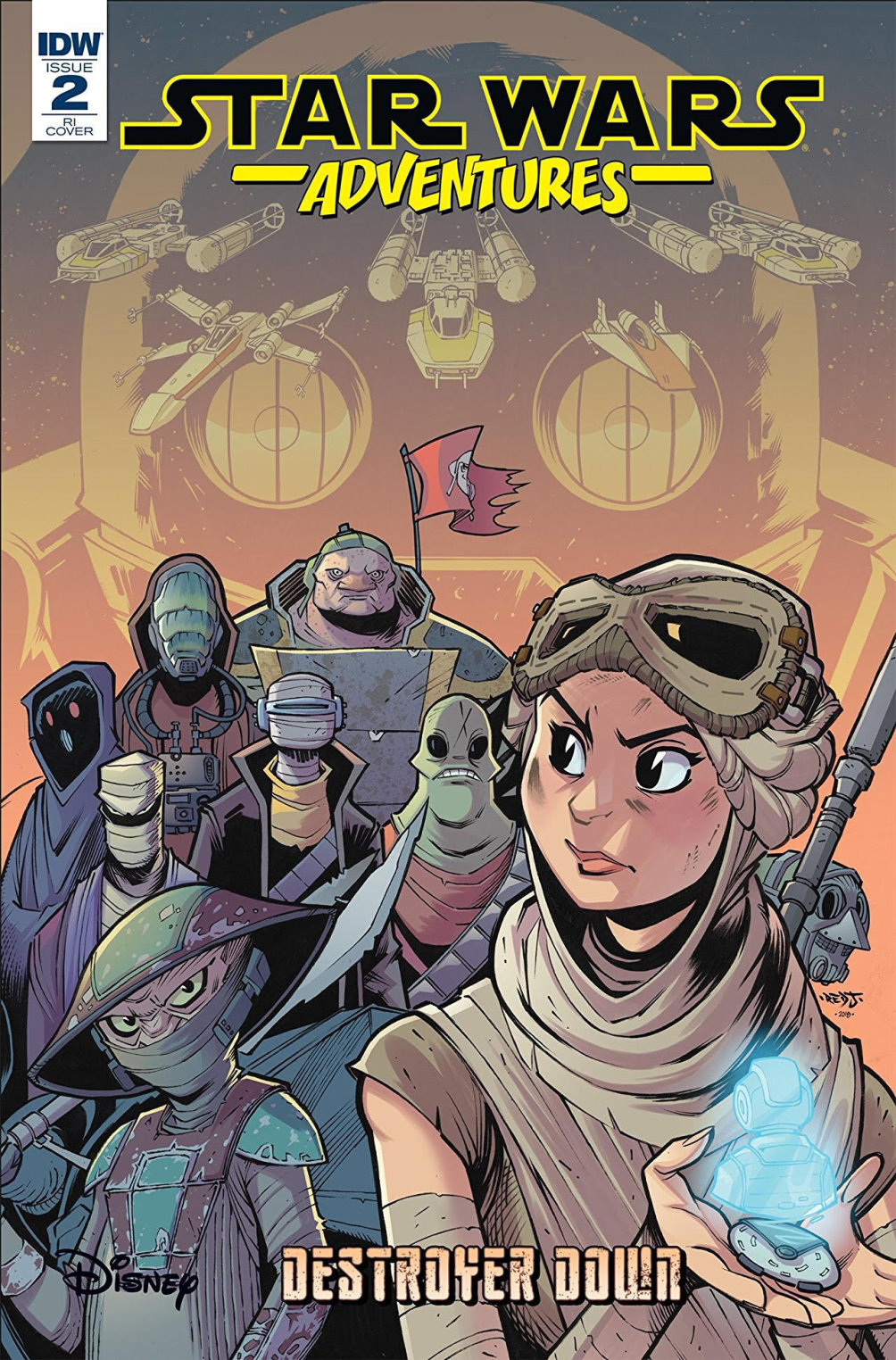 Scott Beatty’s story maintains an interesting story and the curiosity continues to grow as to what has yet to be revealed. The progression in Rey’s adventure is matched with the back story and it is an interesting approach to converge the different timelines. The storyline is seeded with just enough gaps to keep the mystery alluring without mincing it into irrelevant fragments.

The contrast of Derek Charm’s artwork with that of Sommariva-Parsons-Herms distinctly separate the stories. It’s an interesting approach to establishing the two different time periods. Again, the artwork fits the mold of the IDW Star Wars titles which is one of my favorite characteristics of their series. It’s not overtly cartoon-like but it’s not the detail found in the titles intended for teens to adults.

Overall, the sub-series titles from IDW’s Star Wars Adventures have been welcome and interesting stories. I am excited to see how this story will wrap up with next week’s release of the final issue.