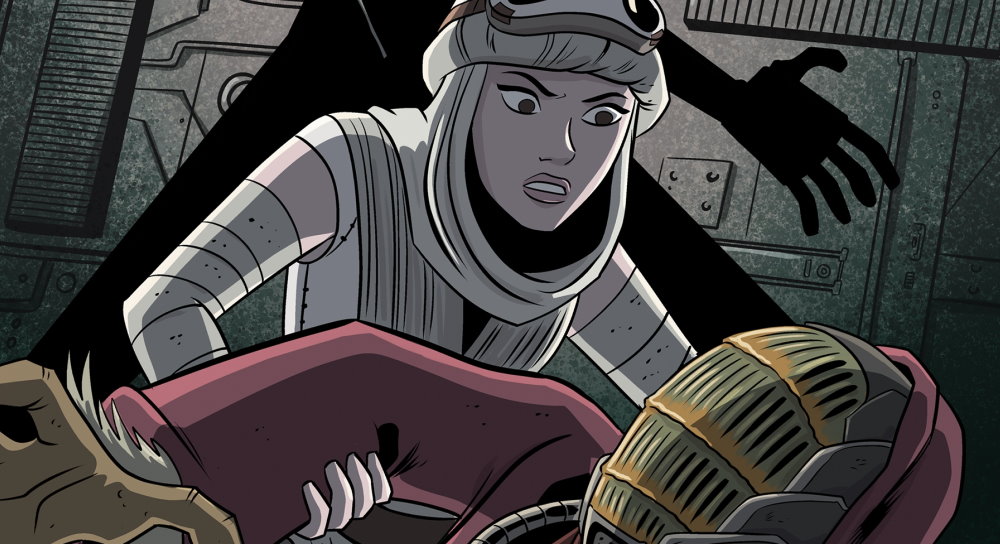 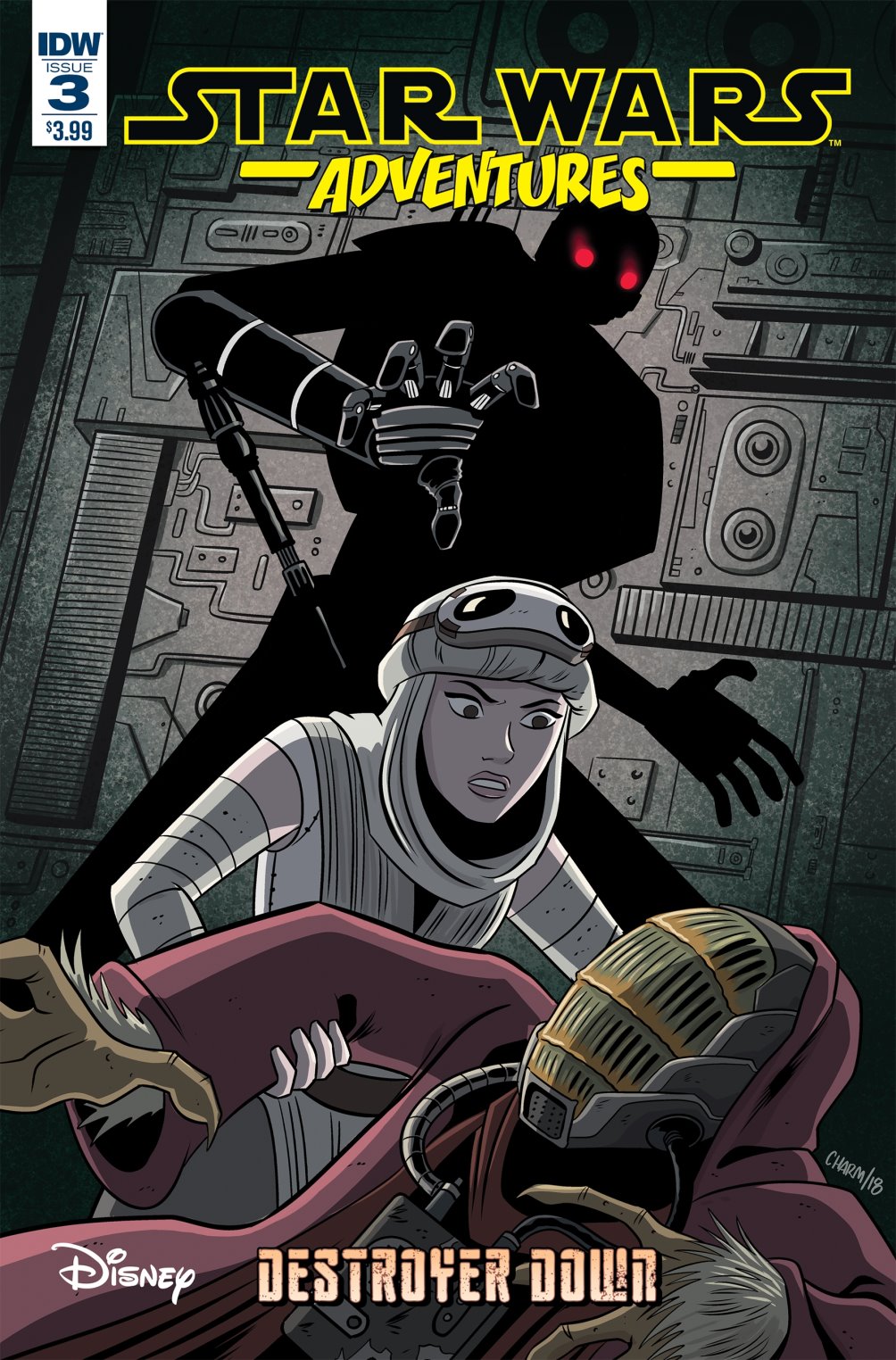 Swallowed by the shifting sands of Jakku, the Imperial Star Destroyer Spectral has been lost for two decades, giving rise to rumors of hauntings and buried treasure.

But an epic sandstorm has revealed the ruins of the starship, and renowned scavenger Rey now leads the race to claim whatever lies within!

Three-issue mini series set during the days before The Force Awakens!

Includes a backup story depicting the Battle of Jakku, revealing how the Star Destroyer Spectral met its fate during the last days of the Empire!

A long time ago on Jakku…in the last days of the Galactic Empire…they say that most Star Destroyer Command Deck Officers went down with their ships to prove their loyalty to Emperor Palpatine. The issue wraps up Scott Beatty’s three issue “Destroyer Down” with a satisfying conclusion. We catch up with Rey as she discovers an object worthy of plunder… the fuel pump from Bak Rychuk’s Y-Wing. Plus, she discovers who has been watching her from the shadows…an Imperial KX Security Droid that is running the derelict spacecraft following the Captain James Lawrence “Don’t Give Up the Ship!” maxim.

In the back story, we learn Bak Rychuk’s companion, the droid Zeetoo, has successfully scuttled the damaged Spectal, sending the ship to its sandy demise. As the crew abandon’s the ship, Admiral Ektol Traz conduct’s an on-the-spot field promotion to the loyal security droid K-828 so that he doesn’t go down with the ship. 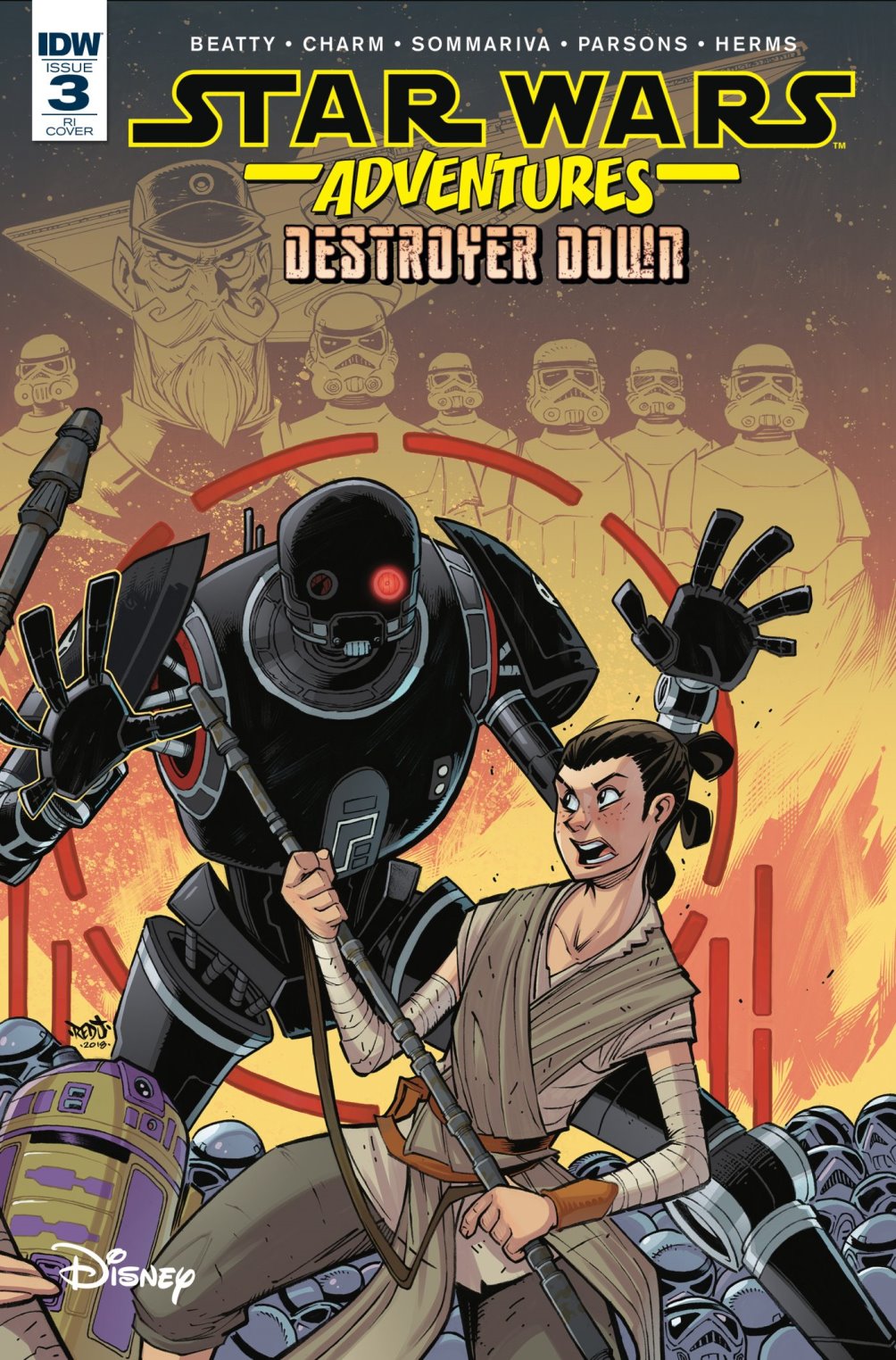 Again, the artwork and coloring for the issue are brilliant. It seems the work by Sommariva’s creative team on this chapter of “The Ghost Ship” is noticeably distinguishable from the previous issues. The artwork for both stories have been consistent but with subtle differences. Those differences are clearly defined in this wrap-up issue.

The Destroyer Down series was a brief but fun ride. My first impression from reading this issue was the series was too short. I reversed this opinion, adding another issue would have overextended and the story would have been blunted. The story doesn’t further anything in the canonical sense, but it does have the right balance of connections to keep the story in a thoughtful niche. I felt there is more story for the characters (particularly Shepherd Squadron) and look forward to the adventures yet to come.