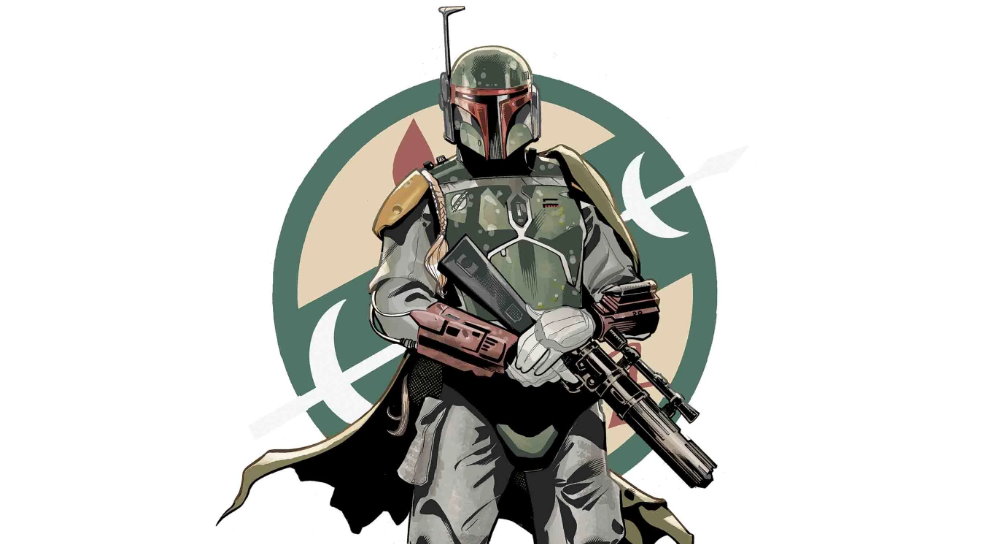 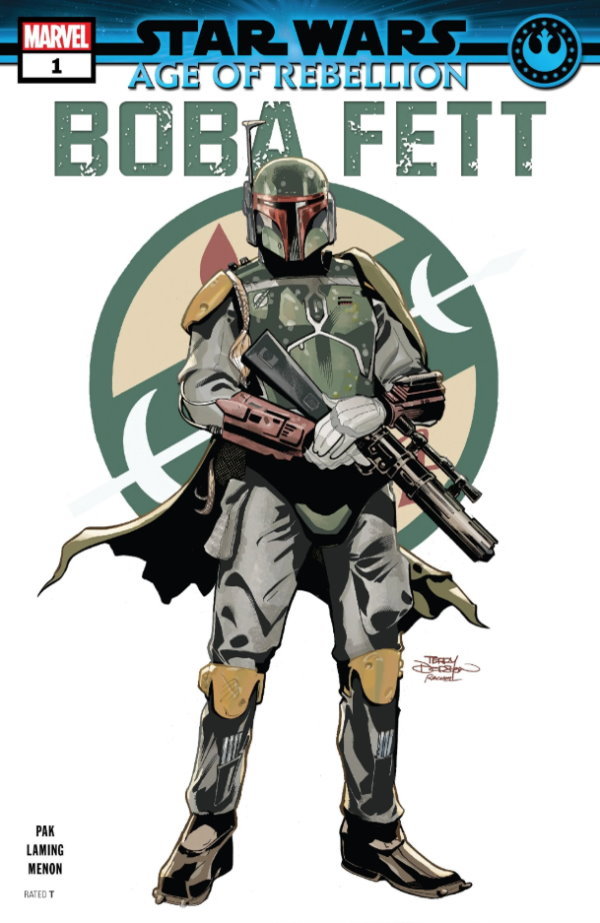 Criminals across the galaxy tremble in fear at the mere mention of the name…
Boba Fett.

He is a bounty hunter without equal!

What drives the man behind the Mandalorian mask?

The legend of Boba Fett isn’t only confined to the galaxy far, far away, it also prospers here on earth. From the end of the 70’s, when we got our very first look at him in The Star Wars Holiday Special, through Empire and Jedi, Droids, the D6 West End Games RPG and beyond into the 90’s, a mythology has surrounded the masked man, one enough to bring about a Star Wars subculture comparable to that of the klingons in that other great galaxy, a costuming organisation and enough merch to fill a Firespray a thousand times over. In other words, he’s a Star Wars legend.

That said, familiarity breeds contempt and the more we saw of him, the less deadly he seemed. Too many peeks under the helmet threatened to tarnish his mystique, and for a time it seemed he might be surpassed by other GFFA characters, but fear not. If you have any interest or appreciation for Boba Fett, then this comic book is going to make you very happy indeed.

The story isn’t the key to this particular entry in the Age of Rebellion series. In fact, neither is the script, or the artwork, both of which are absolutely on point. No, it’s what isn’t said that makes this issue such a winner. Fett is at his imposing, unnerving best when he says as little as possible. Like Judge Dredd before him and RoboCop after, the helmet stays on and economy of word and deed are his best weapons. Everybody knows Fett could smoke almost any non-Jedi or Sith opposition put before him, and that calling card precedes him wherever he goes. Past comics and books have struggled to adhere to his disdain for lengthy conversation but here writer Greg Pak has him say precisely 4 words in the entire issue, 3 of them on the final page. There’s never a moment where you don’t know exactly what he’s thinking or planning, which makes this is as satisfying a Fett tale as has been released in a long time.

We’re in the Outer Rim, on the desert world of Carajam as two underworld undesirables cross paths with Fett. A bounty is offered, Fett takes it and, well….you can guess who walks away to live another day. Artist Marc Laming crafts a beautifully presented feast for the eyes here, Neeraj Menon on colours adds depth and scope to the art and Pak takes us through a day in the life of the galaxies most notorious bounty hunter.

He’s not there to do good, or bad, he’s there to hunt and if that bounty is posted with the guild, he’s going to take it. We know his Kamino past, the training under the guidance of his father Jango, his development with Aurra Sing and his eventual digestion (or so we believe) in the belly of the sarlacc, but here we see in sharp focus the impact and reach of his reputation, even out in the back of beyond on a dust bowl like Carajam. No one can escape Boba Fett, and it would appear even Fett himself can’t escape his own legendary reputation, and why would he want to? It does most of his work for him.

Coming next is the Lando Calrissian entry into the Age of Rebellion series and it’s going to have to reach high to match this entry as along with the very satisfying Han Solo adventure this is the best of the series so far.