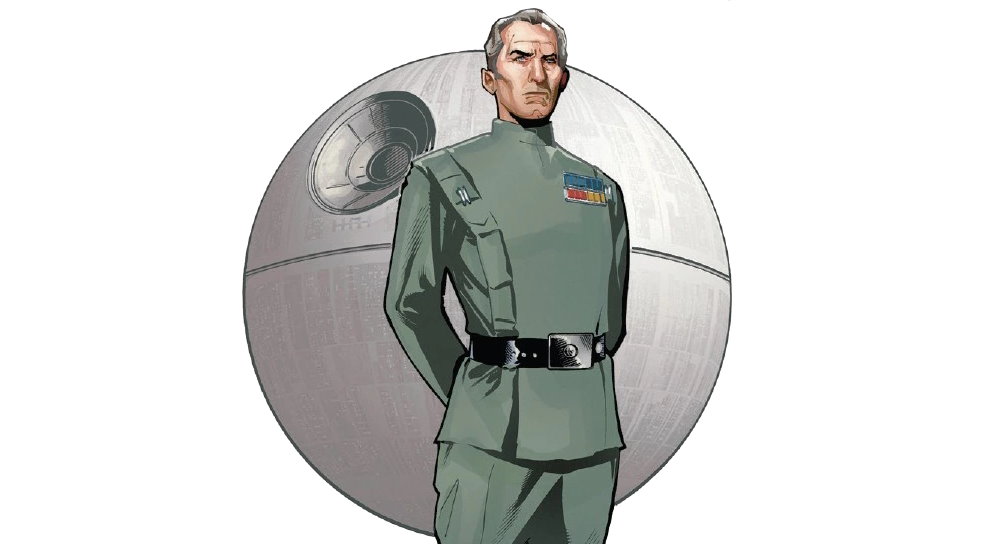 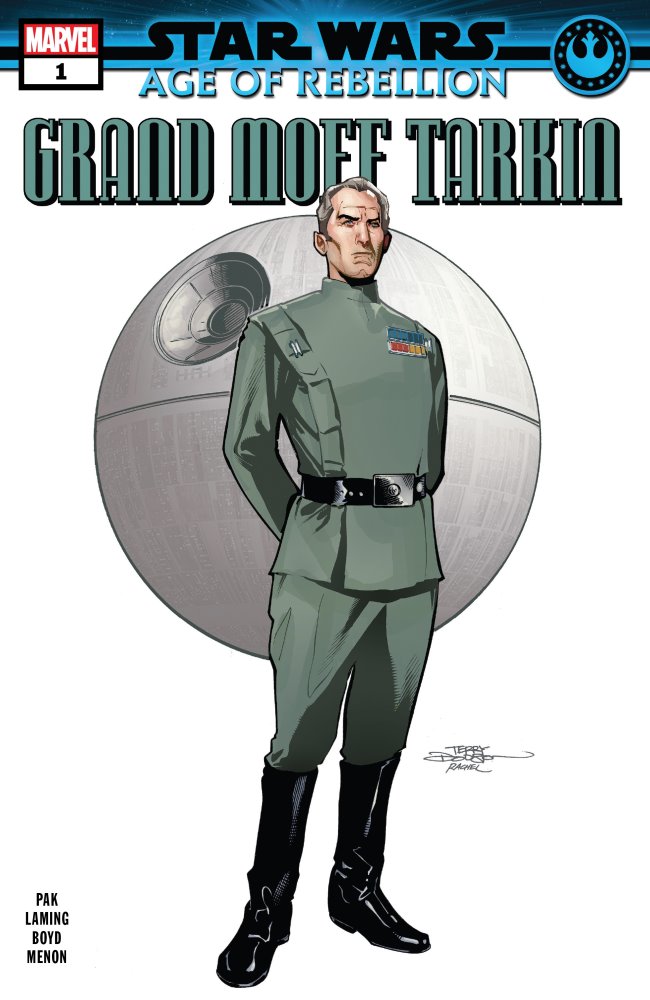 The Galactic Empire plans to solidify the rule of thousands of star systems with the dreaded Death Star, a superweapon with unfathomable destructive potential.

And with the ruthless and cunning Grand Moff Wilhuff Tarkin in charge of the battle station, it won’t be long before the Rebel Alliance is wiped out.

Fear and terror will soon consume the entire galaxy.

Tarkin is no stranger to either….

After the patchy Age of Republic series, which concluded in March with General Grievous, the Age of Rebellion series got off to a slow start with Princess Leia. Can Greg Pak’s next entry in the series lift it up a notch and bring us a portrayal of Tarkin consistent with what we have previously seen on screen and in novels? For the most part, yes it can.

‘Tooth and Claw’ is an interesting entry in the series, beginning as it does on Eriadu, Tarkin’s home planet as he is tested by his uncle to defend himself against two fierce blue-furred beasts. Clearly he survives as we move forward to the very small time frame between the end of Rogue One and the death of Director Krennic and the destruction of Alderaan in A New Hope, a space of perhaps 3 days or so. Deep in the most iconic timeframe of them all we find Tarkin doubting the unwavering resolve of his crew as he orders the destruction of the pre-hyperdrive world Rango Tan. When one of the 168 gunners doesn’t carry out his orders at the correct time, Tarkin orders they be brought before him.

Where other issues in the Republic and Rebellion series have missed the mark with their characterisation, here, what could be seen as a huge swing away from the character we know is presented as a momentary thought as Tarkin – raised in the harshest environments and taught to trust only himself – imagines meting out swift justice to this rogue officer. As calm and calculated as Tarkin appears on the surface, there’s a savage undercurrent woven into his character that past novels have investigated. Seeing that played out ‘for real’, given his advanced years – honestly, can you imagine Peter Cushing being able to take out a trained military officer in hand-to-hand combat at the age of 64? – would have seemed faintly ridiculous, but as a blipvert passing through his mind to highlight his hidden thought process, it works (despite the Bruce Lee physique he is given).

Tarkin’s steely authority, much like Leia’s inspirational spirit, comes from hard-earned reputation, not simply from action. Both can handily wield a blaster, fly a ship and engage in hand-to-hand combat, but their power comes from their core and as such they’re able to compel those who follow them to do whatever needs to be done. Tarkin’s mastery of fear can force his officers to work in concert to destroy an entire planet, while Leia’s command abilities and inspirational aura convince the warriors of the Rebellion to fight to the last.

That said, there is are three panels in this story which massively alter a key sequence in A New Hope. It reads that the involuntary reaction of a previously unseen character is enough to persuade Tarkin to (spoiler alert) commit planetary genocide. Nipping and weaving around classic moments from the original trilogy in Age of Rebellion is why we’re here, but this changes the intent of the moments before Alderaan’s destruction, and surely after 42 years that’s not the aim of these stories.

Even after destroying Alderaan, Tarkin has one final command as we learn that the gunners were being closely tracked and monitored, and their momentary pauses effectively signed their death warrants. They’d have died a couple of days later during the Battle of Yavin, but nevertheless it shows just how Tarkin’s merciless upbringing shaped his character, and how the veneer of civility he chose to show the world was just that, a veneer. Scratch the surface and Tarkin was every bit as much a product of his upbringing as Luke, Leia, Han or any other character you care to mention.

With classic art by Marc Laming and ably assisted by colourists Jordan Boyd and Neeraj Menon this is a step up from the Princess Leia entry. Fingers crossed the Age of Rebellion Special delves into these characters and situations, giving us a new insight into these classic stories.