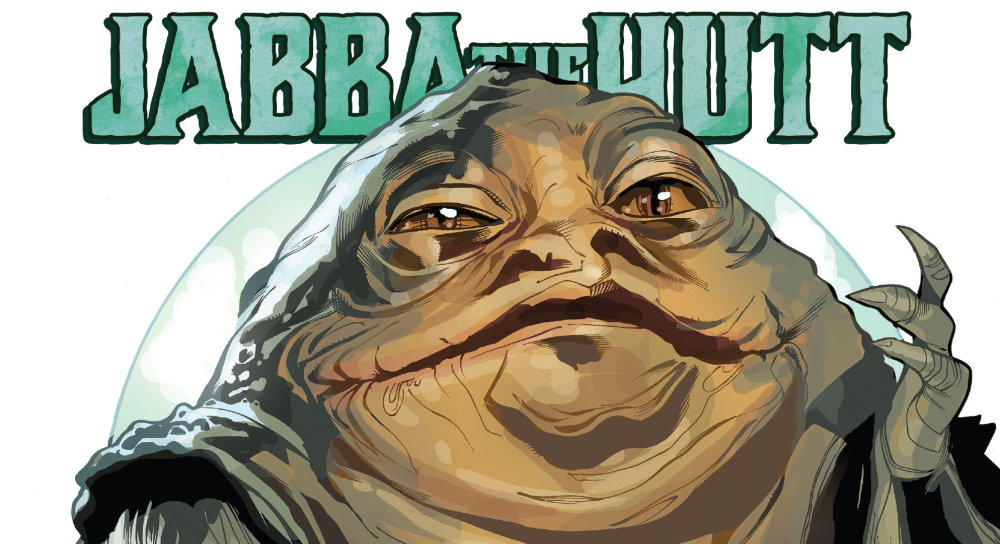 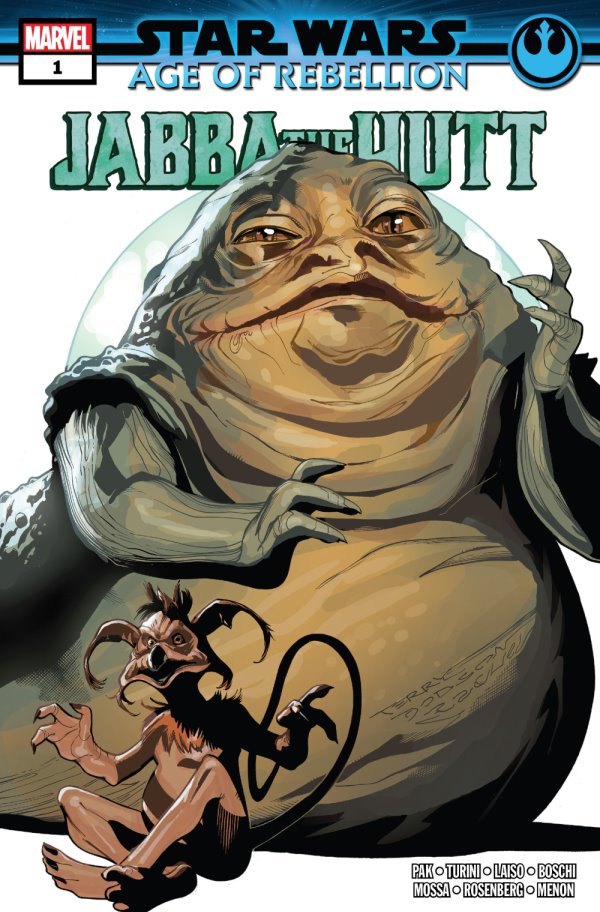 “GREAT TO BE JABBA”

IT’S GREAT TO BE JABBA! Across the galaxy, Imperials, rebels and scoundrels alike speak in hushed tones of JABBA THE HUTT, the greatest gangster in the OUTER RIM. Discover what makes the name of Jabba so feared, in a crime story that stretches from the casinos of CANTO BIGHT to the deserts of TATOOINE!

In the Outer Rim, the desert planet of Tatooine is ruled by the ruthless gangster, Jabba the Hutt.

Unforgiving and incredibly influential, Jabba attracts the most unsavory characters from across the galaxy to do his bidding….

He loomed over the underworld elements of the original trilogy and lorded it over the Boonta Eve podrace sequence of The Phantom Menace, but the day-to-day machinations of the underworld empire of Jabba the Hutt are less familiar to followers of the Star Wars galaxy. We know he is the figurehead of the Hutt syndicate, warring for power and influence with the Crymorah, Black Sun, Crimson Dawn and the Pyke Syndicate as well as literally thousands of smaller concerns with their own enclaves across the galaxy but this entry in the Age of series, written by Greg Pak and beautifully drawn by Emilio Laiso, Roland Boschi, Marco Turini, gives us an insight into matters closer to home. The issue may be called ‘It’s Great to be Jabba‘, but perhaps ‘Tatooine Whispers’ might have been a more apt title as the mighty Hutt manoeuvers those fortunate (or perhaps unfortunate would be more accurate) to gain an audience with him into doing his bidding.

It’s worth remembering that for the most part, Jabba doesn’t journey into the galaxy but rather the galaxy comes to Jabba and with warring factions on Tatooine including Jawas, Tusken raiders and ambitious Imperial governors it’s no surprise that the wider galactic concerns of his Empire sometimes take a backseat to more local concerns. We kick off on Canto Bight, on the far-flung world of Cantonica in the Corporate sector as a drink (sitting inside a very Galaxy’s Edge looking flask) is served. Exorbitantly expensive, the drink is wildly popular and insanely rare….and its only source is the desert planet of Tatooine, clockwise around the Outer Rim from Cantonica in the south-eastern part of the galaxy.

We then head as Jabba holds court, dealing with angry Tusken Raiders who are agitated that Jawas and Imperials are ‘prowling through our dunes seeking our most sacred sites’. Not known for their tact, they demand action and Jabba agrees to deliver, promising that there will be no more trouble.

Here’s where the mind of Jabba is revealed, as he pits all the various factions – Jawa, Imperial and visitors from Canto Bight looking to profit from the Tusken Wind – against each other, brewing a solution that benefits Jabba as well as amusing him at the same time. It’s quite brilliant in its simplicity, but illustrates perfectly just why Jabba lasted as long as he did at the top of the underworld food chain.

It’s a stunningly crafted issue, with striking pencils and lush colours by Andres Mossa, Rachelle Rosenberg and Neeraj Menon (as well as a great selection of variant covers) but the biggest nod of appreciation goes to Greg Pak who once again shows his grasp of the characters and of the era as the danger – the almost intoxicating danger – of facing Jabba in his own court and walking away from the encounter is vividly put across. Heck, we even get a visit to Chalmun’s cantina with the Ubrikkian 9,000 parked outside.

Tatooine has always been one of the key locations for the saga, especially the denizens of the underworld, but rarely has the filth and the subterfuge been shown in such a satisfying manner. A top line entry in the Age of series.