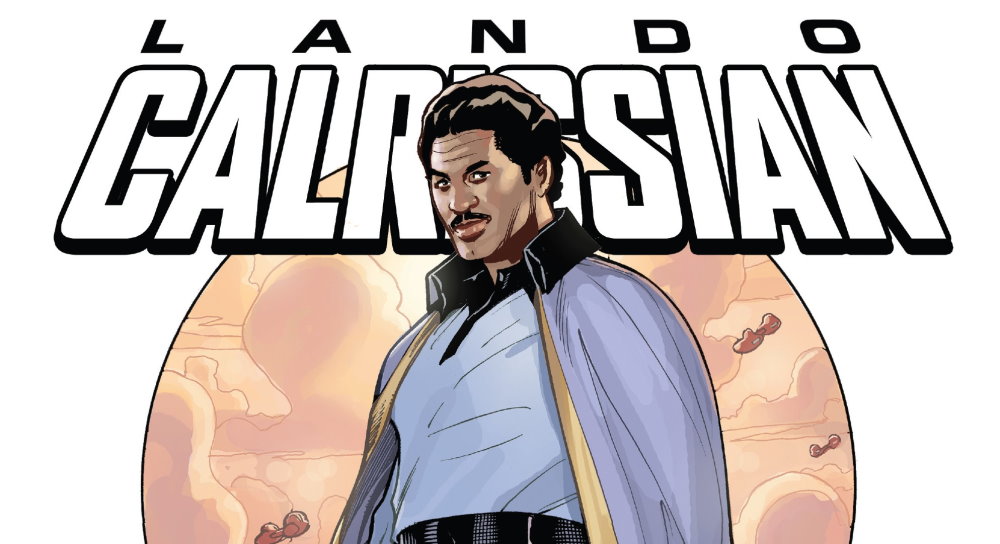 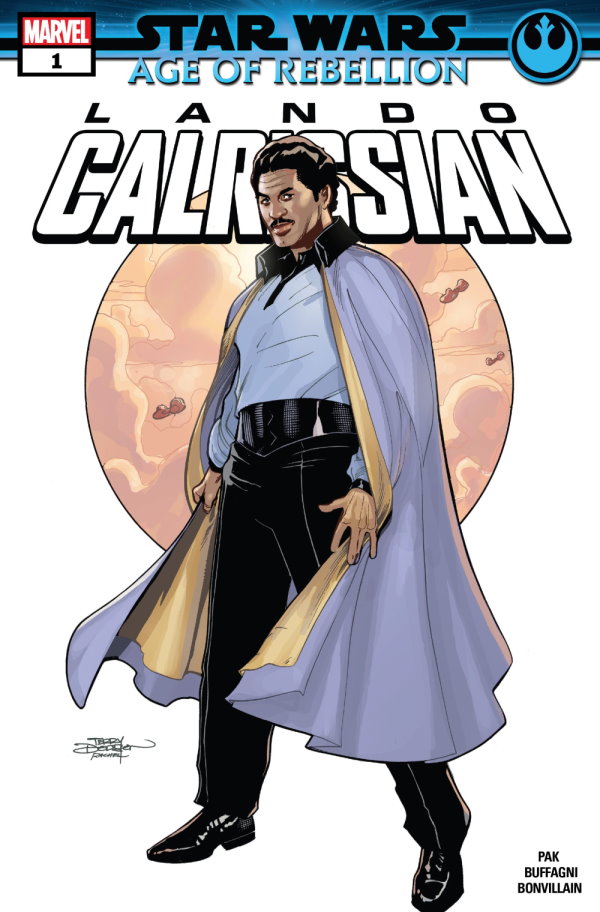 For years, high-rolling smuggler Lando Calrissian only looked out for number one.

Now, determined to leave his roguish ways behind him, Lando’s risen quite high in the galaxy—becoming the baron administrator of Cloud City!

For Lando, his troubles are all but over.

And if he’s wrong about that, there’s nothing a little style, finesse—or a roll of the dice—can’t fix….

As someone who is a complete mark for anything to do with Lando Calrissian, it’s fair to say that my review of this issue of the Age of Rebellion series is somewhat skewed towards a thumbs up rather than a thumbs down. All that being said, I’m confident that if a story written about any other character was written, observed and crafted to this level of quality I’d be giving it a very healthy nod of appreciation. After reading this issue a couple of times, it’s clear to see that Greg Pak has a lot of love for Lando, and artist Matteo Buffagini  and colourist Tamra Bonvillain translate that into a feast for the eyes, set on one of the most beautiful locations in the galaxy. I admit it – if I had to choose a place in the Star Wars galaxy to live, Cloud City would likely be it.

We join the story in the midsts of a labour dispute as funds to pay workers are running low and our Baron Administrator is trying his level best to figure out the situation with his trusty aid Lobot (who at this time can still talk, the story taking place before the events of Marvel’s 5-part Lando mini series). While we best know him as a gambler and a lover of all things expensive, at heart Lando wants what’s best and fair for the people of Cloud City and as such he opts to strike out and find a solution to the pay dispute, using his own funds to tide them over, calling in favours that don’t pan out and entering into a business relationship with a billionaire that goes sour.

Back in the day it was widely perceived that Han Solo would transport pretty much anything – drugs and weapons being prominent amongst them – but not sentient beings, and Lando clearly subscribes to the same beliefs as his abhorrence at the deal he has entered puts Cloud City and his position as its administrator at risk once again. That he digs even deeper into his personal fortune to do the right thing says more than ever about the crippling decisions he had to make soon after when his old friend Solo arrived at the mining facility, bringing the Empire along with them.

The Age of series continues to be an oddity of a series. For every great issue like this we get disappointing entries that tell us nothing, and while this issue teaches us little about Calrissian that we didn’t already know, it’s the on-point style and characterisation that comfortably sees it across the line. Artist Matteo Buffagini absolutely smashes it – if Lando was ever graced with his own series – which by the way he absolutely should be – then Buffagini should be the man to draw it, and Pak nails the feel of the era.

As someone who read and re-read Star Wars issues #56 and #57 (‘Coffin in the Clouds‘ and ‘Hello, Bespin, Good-bye‘) as a kid more times than I could ever hope to count, issues like this take me back to my 11 year old, Star Wars hungry self. For that, Pak, Buffagini  and the rest of the creative team should be highly complimented.