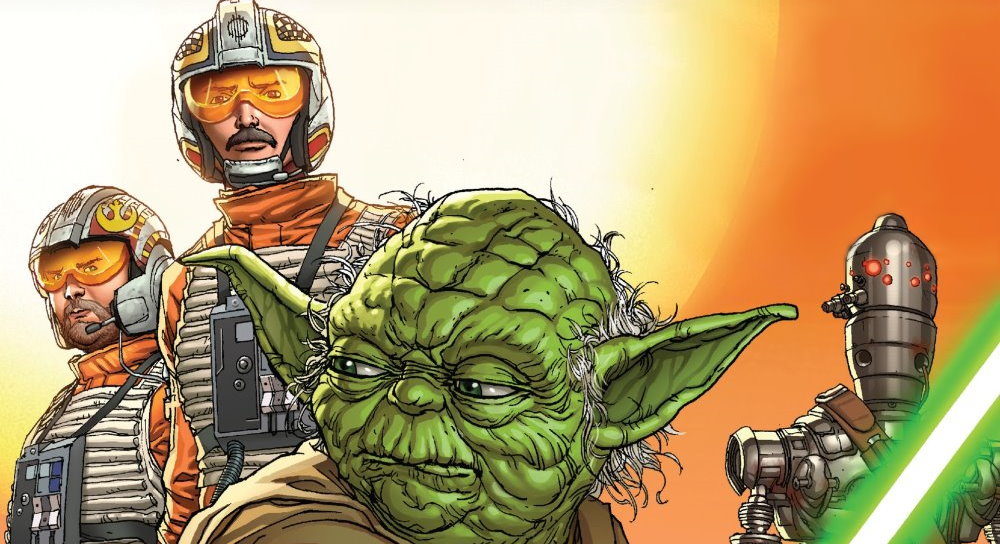 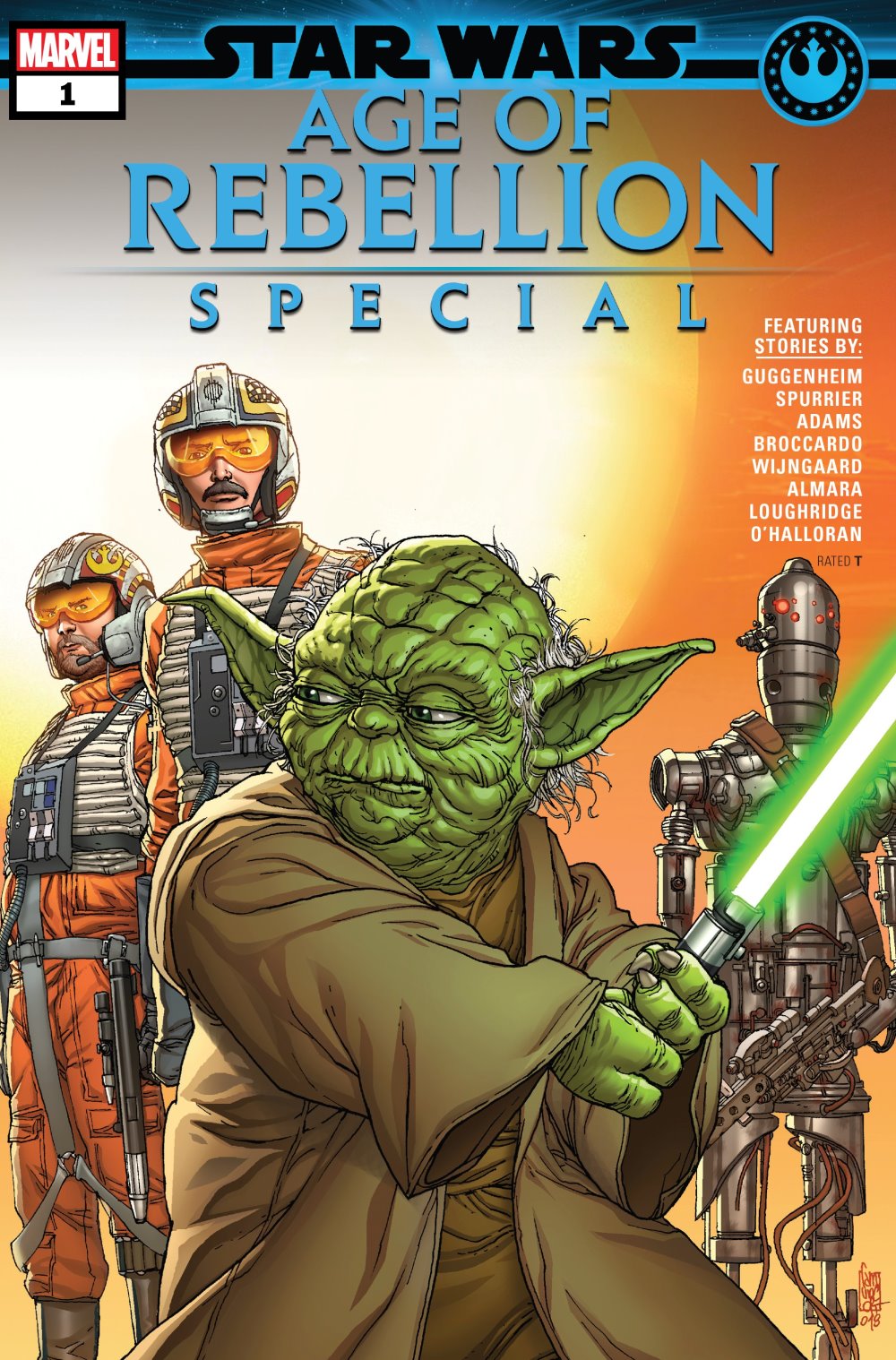 Move over, Boba Fett. The most dangerous bounty hunter in the galaxy isn’t who you think. The cold, calculating assassin droid IG-88 had a deadly reputation. Wanted criminals should tremble in fear because IG-88 will stop at nothing to get the job done. But where did it come from? What does it want? Perfection might be a good place to start. SI SPURRIER (DOCTOR APHRA) and CASPAR WIJNGAARD (DOCTOR APHRA ANNUAL) bring the terrifying droid to life!

The destruction of the Order, the death of his friends, exile — no matter what he has endured, YODA will always be a Jedi. Even in hiding on the isolated planet of Dagobah, far from the evil Empire’s reach, a Jedi’s work is never done. Marc Guggenheim (X-MEN GOLD) and ANDREA BROCCARDO (STAR WARS) will pay the wise, old master a visit!

The freedom-fighting REBEL ALLIANCE has more than its fair share of heroes — like ace pilots BIGGS DARKLIGHTER and JEK PORKINS. But they’ve been fighting the evil Galactic Empire for a long time and sometimes, even noble warriors like Biggs and Porkins need a little rest and relaxation. Is anywhere truly free from the trials of the galactic conflict?

We kick off the latest Age of Special with an IG-99 tale, The Long Game. Fans of a certain vintage will certainly get a thrill out of this as the story bubbles with a 90’s EU vibe that readers of the time will be very familiar with. As with most of the bounty hunters seen in The Empire Strikes Back, various threads of EU stories and fan assumptions have built up legendary reputations beneath these characters, and IG-88 is no exception. What writer Simon Spurrier does so well is to take elements of these myths and weave them into a narrative that serves the character so well, that these various and sometimes contradictory rumours are all true, and that IG-88 is every bit as unique and deadly as his reputation suggests.

We’re deep in the underworld that The Mandalorian looks set to hurl us into later this year, a familiar environment for such stories, but that outlaw, frontier comfort blanket is the perfect setting for tales such as this and gets the issue off to a strong start.

Next up is The Trial of Dagobah, written by Marc Guggenheim with lush artwork by Andrea Broccardo coloured by Dono Sánchez-Almara. Set just hours before the arrival of Luke and Artoo during The Empire Strikes Back, this allows us a peek inside the mind of Yoda as he heads off on a foraging mission for food. Hey, a Jedi Masters gotta eat, and while we watch him hunt for supplies we enter his internal thoughts which include hubis, blindness and shame as he works his way out of a naturally occuring predicament that almost ends him.

It’s interesting enough a concept, and beautifully presented, but coming 19 years after the events of Revenge of the Sith and only minutes before we first see him in Empire I can’t help but feel the thoughts he is having would have been resolved years – practically decades – beforehand. In the same manner in which Leia was still holding Lando responsible for Han’s fate in Age of Rebellion: Princess Leia, surely Yoda’s thoughts on the fall of the Republic, Order 66 and the Jedi purge would have long since been put in order.  Everything he thinks about makes perfect sense, but there’s an element of contrivance about having it so close to Luke’s arrival, and also of him not being the last Jedi (which seems oddly out of place when only weeks later as Luke leaves he tells Kenobi “No, there is another.”

A tricky story to tell that loops in a lot of logical ideas and is well executed but lacking a certain something to elevate it into a memorable tale.

The issue ends with the Porkins and Biggs focused story Stolen Valor. Written and drawn by Jon Adams with colour by Chris O’Halloran, this is the story that firmly plants these Age of specials in Star Wars Tales territory, the much-loved series by Dark Horse that ran for 24 issues from 1999 to 2005. Completely sidestepping canon, logic or any other constraints, this sees Biggs and a thoughtful Porkins head off for a few days leave on a vacation planet where hilarity ensues.

There’s little point walking you through the story as it would be lost in translation but suffice it to say that this is a fun, colourful and breezy tale that shines a little light on two of the heroes of Yavin, albeit in a very different environment.

So, a trio of tales that are thought-provoking, funny and nostalgic with The Long Game stealing the medal of Yavin as MVP.