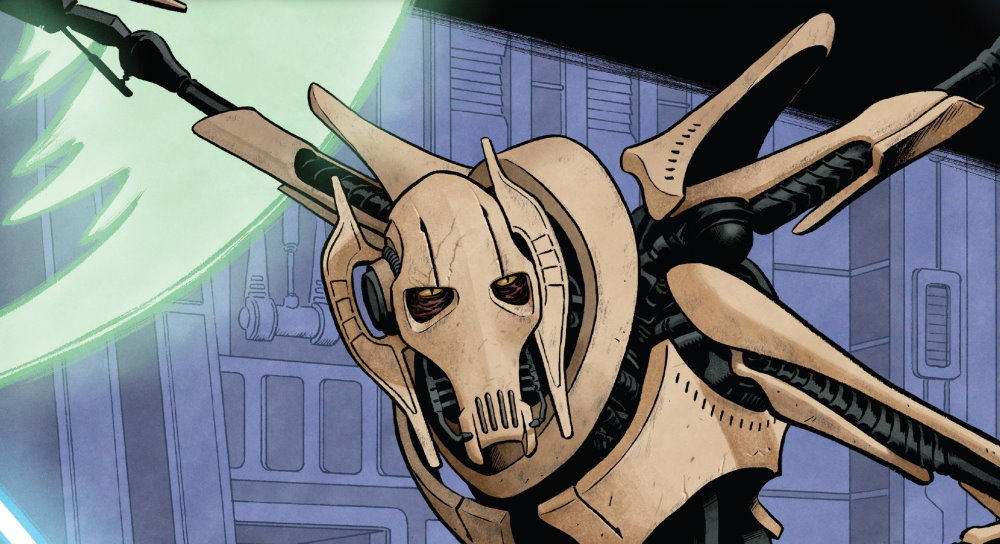 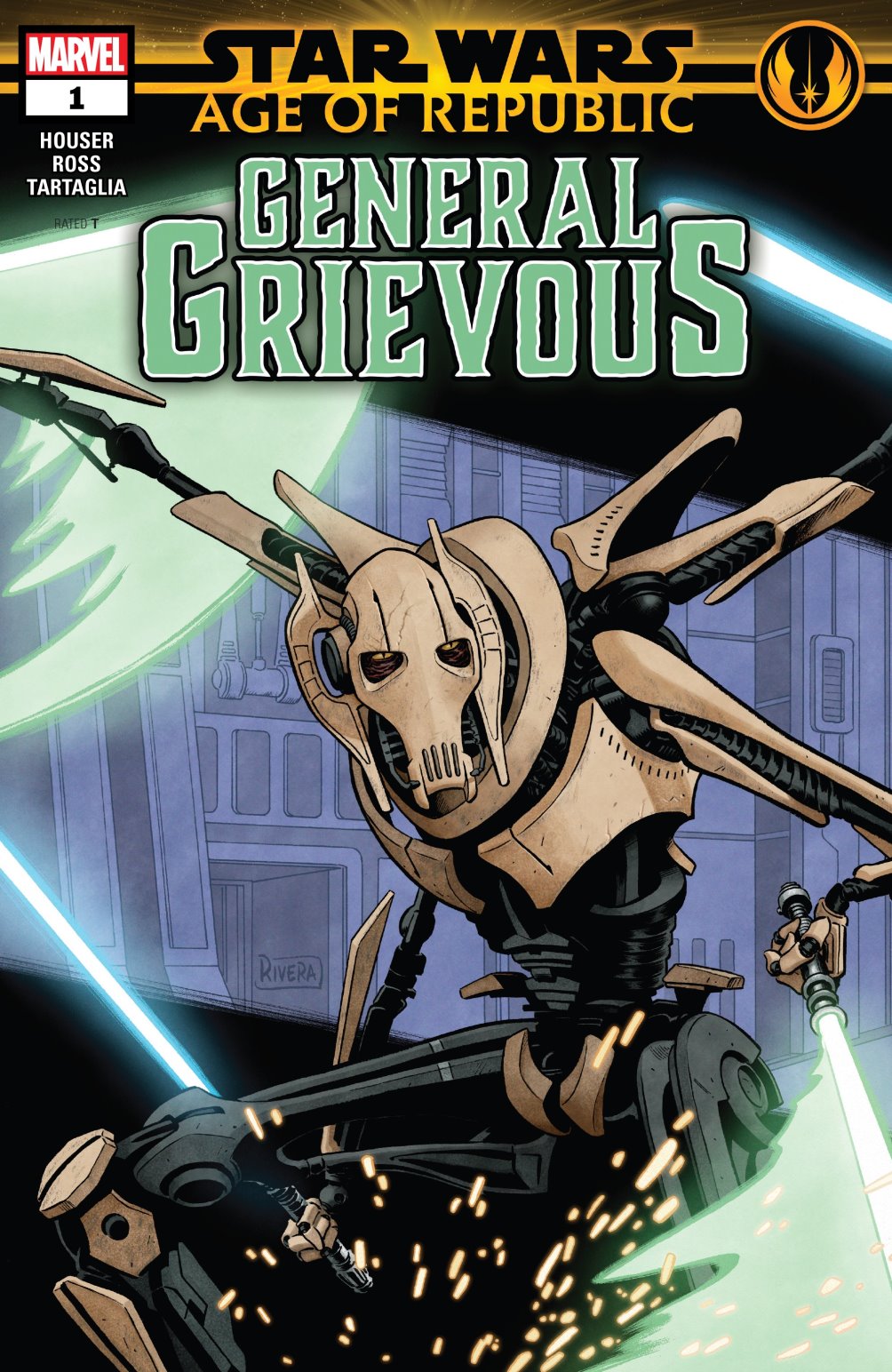 The Clone War rages! The Jedi Order leads the armies of the Republic in battle against the endless Separatist droid legions. The Jedi may have finally met their match in the fearless and merciless General Grievous!

Countless Jedi have fallen to Grievous’ blades but no matter how many Jedi he slaughters nothing can sate the cyborg’s appetite for destruction….

The Age of Republic mini series concludes with this General Grievous chapter, as once again the uneven nature of the series raises its head. Powered by the always stellar art of Luke Ross, writer Jody Houser confidently nails the voice of Grievous – you can all but hear Grievous snarls his threats, and the battle droids bicker all in the voice of Matthew Wood – but other than that, the issue is light on revelation.

It does feel rather ungenerous to critique these issues, as the nature of the series is by design based around standalone issues peppered across the prequel timeline. Houser has stuck the landing on a number of them, and when it works it works well, but when there’s a paucity of plot as there is in this particular story, then the concept struggles. What’s beyond doubt is that Houser is able to inhabit these characters and find what makes them tick, but without the opportunity to significantly expand upon what we know of their backgrounds, what results is a run-of-the-mill adventure that struggles to fill 24 pages when it could easily have concluded in 6.

Here we find General Grievous on the hunt on the world of Ledeve, tracking down two Jedi. That he dispatches them with clinical ease is no surprise, or that his hunt leads him to one of many hidden Jedi temples scattered across the galaxy. His disdain for the Jedi is legendary, and once inside he ransacks the temple and travels through its traps Indiana Jones style, but not before – as in the Darth Maul and Qui-Gon entries – he experiences a vision, in this instance the knowledge that the more he replaces his body with mechanical parts, the more he is diminished by it.

It’s an interesting parallel to make. Anakin – the chosen one – was ‘more machine now than man’, and while his power in the Force was without doubt, the more he was replaced by mechanical parts, the less of a syphon he was for the dark side of the Force that would have undoubtedly flowed through him. That’s the revelation that struck me – and hopefully the eye-opener that Houser intended – that machinery, while physically strong, didn’t enhance, it only weakened. To the Force, Grievous was no more than an appliance.

So, now we wait for the next mini series to begin with Star Wars: Age of Rebellion: Princess Leia which kicks off on 3rd April. Stepping in to the original trilogy era, perhaps writer Greg Pak will be given more scope to delve into corners unseen of these iconic characters. While Houser has done a fine job with the scope she had, I can’t shake the feeling that her brief was limited, and hope that she gets the opportunity – preferably in concert with Luke Ross -to return to the prequel era and craft some heftier tales.