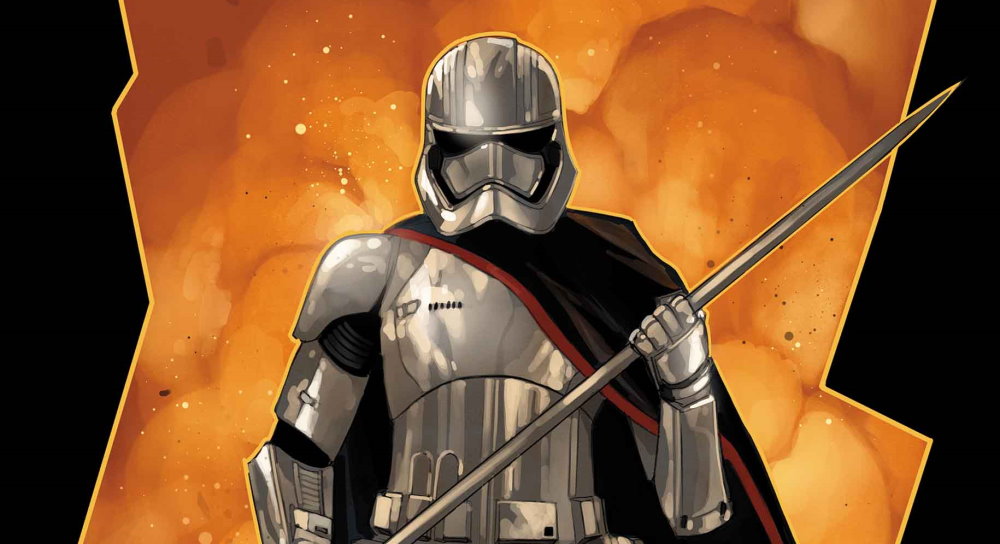 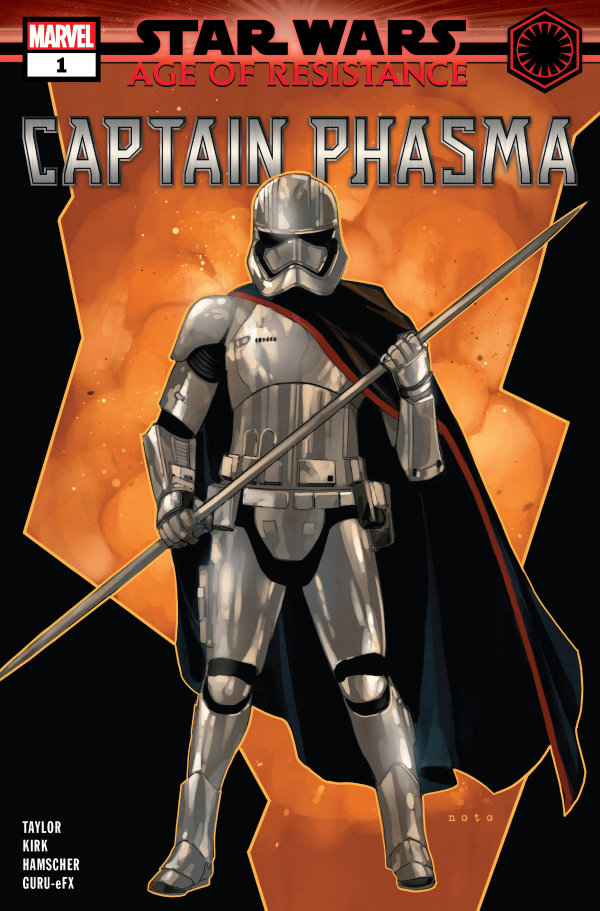 The New Republic maintains peace and order after the fall of the Empire. But the evil First Order, modeled after the old regime, rises from its ashes.

And with an untold number of powerful war machines and legions of dogmatic stormtroopers at its disposal, the First Order stands poised to seize control of the galaxy.

And one ruthless stormtrooper could be the weapon of war that leads the First Order to total victory….

The subjugation of the galaxy by the First Order is something that we have largely yet to see. Certainly, by comparison to the galaxy-spanning conflict of the Clone Wars, or the sprawling battles of the Galactic Civil War, the taking of the galaxy by the First Order is largely unseen, but this tale of Captain Phasma – told from the perspective of an eager soldier keen to impress the implacable silver-armoured leader, shows the might of Snoke’s army at first hand – and the ruthless manner by which they are deployed by Phasma.

In the Unknown Regions, on the iron planet of Demir, we join Phasma and First Order trooper KM-8713 as they lay waste to their opposition, and as Phasma leads from the front it’s easy to see why her legend grew as quickly as it did. She’s imposing, determined and organised. When the enemy see a chink in the First Order’s armour they strike, a move that only sets up Phasma to show her determination to succeed and rid the galaxy of any enemies. Without giving anything away, she carries out a shocking action that brutally shows her mindset.

KM-8713 follows Phasma and accepts a promotion, a fateful promotion that brings her into direct conflict with her superior officer. As history dictates, only one First Order soldier ever got the upper hand on Phasma.

What we have here in this seemingly straightforward tale is one of the first real representations of the First Order physically taking a planet. In The Force Awakens, The Last Jedi and a sizeable chunk of the fiction, the boots-on-the-ground push for the galaxy is implied but not seen, but here – in Rogue One and Solo: A Star Wars Story style – we’re in the trenches with the troops, and that’s great to see.

A failing of the sequel trilogy compared to the previous two trilogies, is not skirmishes and battles, but not the war in ‘Star Wars‘. Attack of the Clones tee’d up the Clone Wars series, and wrapped it up in Revenge of the Sith. Star Wars and Jedi were all about their respective Death Star battles, Empire the Battle of Hoth. The Force Awakens shows the attack on and destruction of Starkiller Base, The Last Jedi the skirmish on Crait but rarely do we see First Order trooper vs Resistance trooper. Ships vs ship, space battles, but not the sense of a galaxy spanning conflict fought on land, air and space. This issue was impressive in getting as close to the ground as we’ve ever been in this era. That the script and ‘lessons’ taught and learned were so in character only added to the effectiveness of the tale. More of this unflappable Phasma would be most welcome.